Chinese internet giant Baidu will be investing aggressively in artificial intelligence-based finance, cloud services, as well as a system named DuerOS, which allows machines and home appliances to communicate verbally with users.

Founder Robin Li said the golden age of the Internet sector is coming to an end and his company is transforming itself into a firm based on artificial intelligence (AI), during Baidu Create 2017 on Wednesday, its annual event for software and hardware developers. 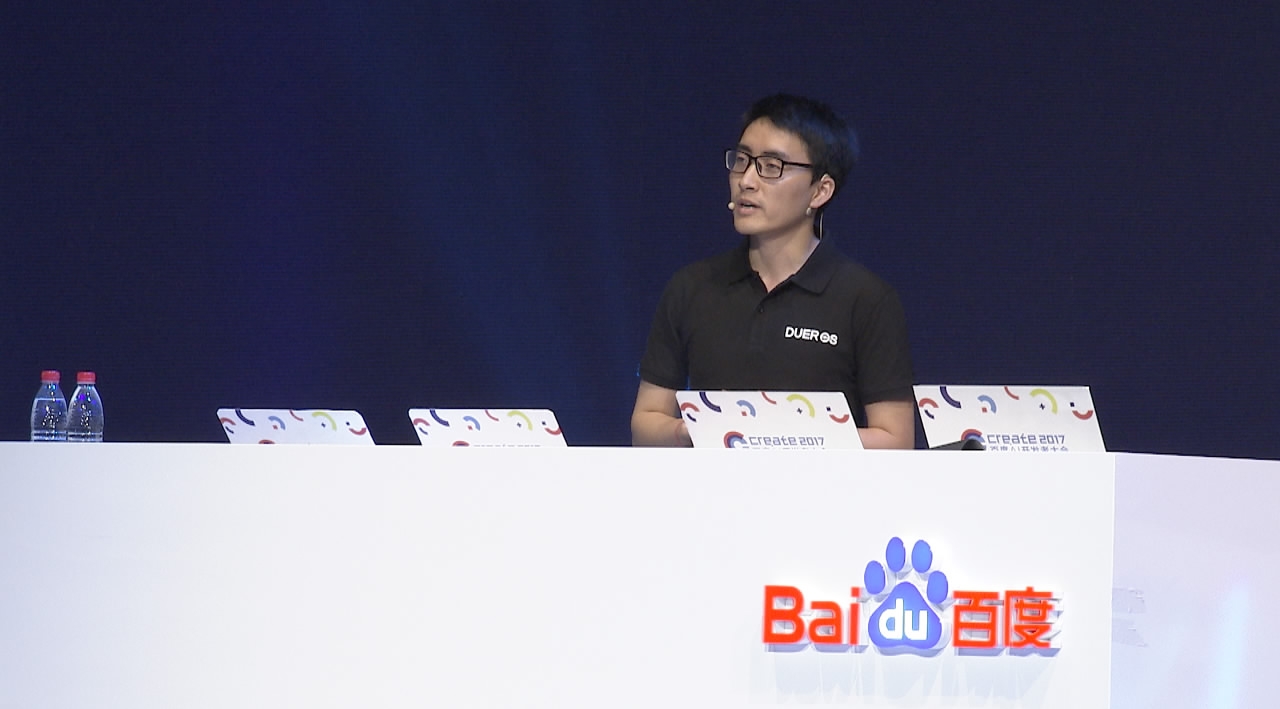 Baidu announced it acquisition of AI company KITT.AI, which focuses on voice recognition technologies. “Our competitors only invest in products and consumers, but not technology companies," said Robin Li, drawing a bout of giggles among the audience as he supposedly referred to rivals Alibaba and Tencent.

Baidu also launched the 1.0 version of their autonomous driving tech platform called Apollo and detailed tech data will be open to worldwide developers. It has been proactive in this field and announced partnerships with over 60 car companies globally.

"From Dongfeng Motor to Chery, BAIC to FAW, Ford to Daimler, Intel to Nvidia, and Bosch to Continental, companies are all joining our Apollo platform," said Li. "The more you contribute, the more you get out of Apollo.”

Live on the road

In a theatrical show of how the Apollo technology worked, Li was broadcast live from his self-driving car to the event's main conference hall, in which he claimed to be cruising on Beijing's fifth ring road and on his way to the event.

Despite Beijing's notorious traffic jams, Li made it in time for his speech. 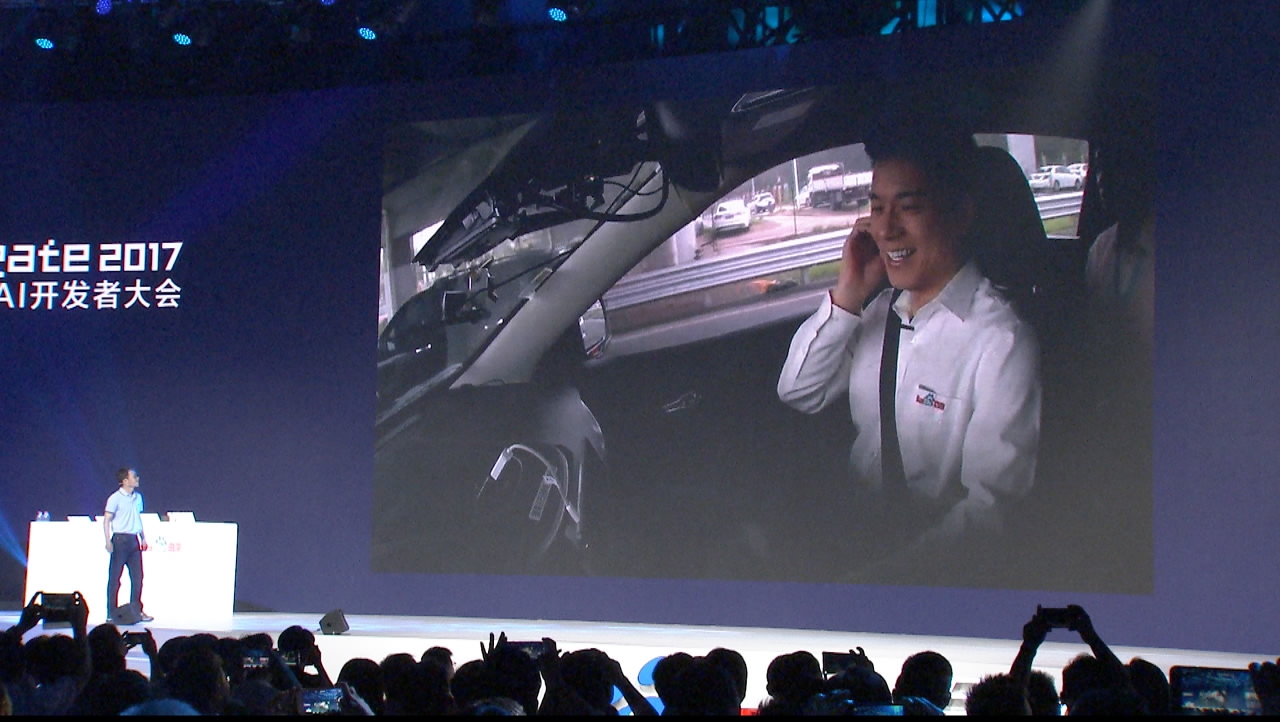 Even though technologies like this develop rapidly, experts said companies like Baidu still needed time to make sure their in-car AI is mature enough to handle real-life driving situations.

Baidu had an experimental area near the event stadium, where participants can try out the same model of self-driving cars Li was in. But there was a major difference: no one was allowed on the driver’s seat.