Researchers have used gene editing to reverse symptoms in dogs of Duchenne muscular dystrophy (DMD), a muscle-wasting and life-shortening disease that affects one in 5,000 baby boys.

The dogs' symptoms remained in check two years after receiving a single injection, a team reported Tuesday in the journal Nature Communications. 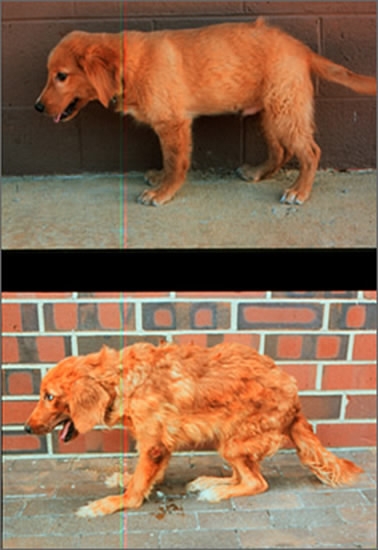 Successful treatment of a large mammal is a crucial step on the road to finding a treatment for human sufferers of DMD.

The results, said the team, were "paving the way for human clinical trials."

DMD is caused by genetic mutations that interfere with production of dystrophin, a protein needed for healthy muscles.

The poor puppy with the disease watched an experimenter walking across a low fence and fret as he cannot do the same. /Atlantic Gene Therapies Photo

The young Labrador was fretting because he was unable to cross the fence and follow his feeder. /Atlantic Gene Therapies Photo

They injected the dogs with "microdystrophin," a compressed version of the dystrophin gene which is one of the largest in the human body with 2.3 million base pairs of coding "letters".

Given its size, it has been impossible to fit the distrophin gene into an emptied virus, which is used to deliver modified genes to patients.

Dogs given the treatment showed "significant restoration of muscle function with a stabilization of clinical symptoms for more than two years after injection," the researchers said in a statement. 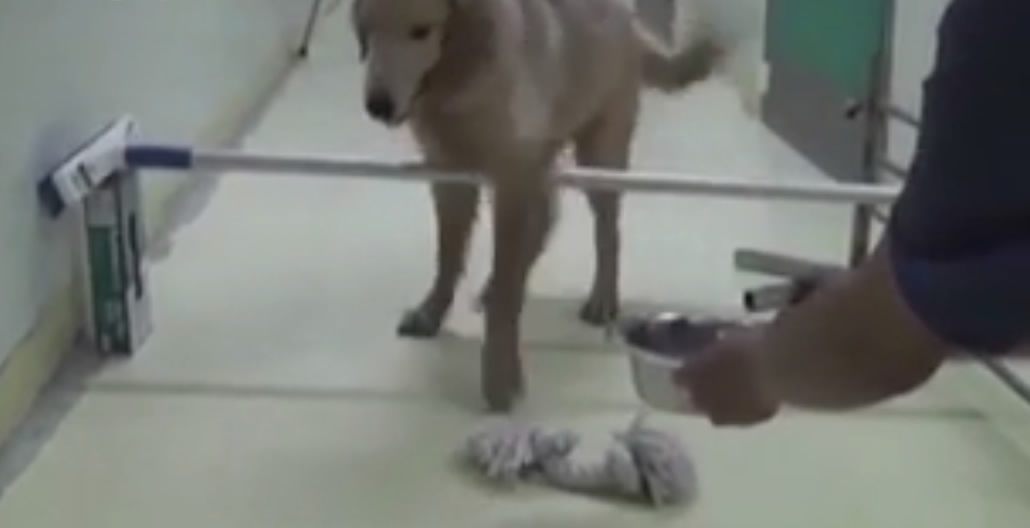 After treatment he can cross one leg each at a time. /Atlantic Gene Therapies Photo 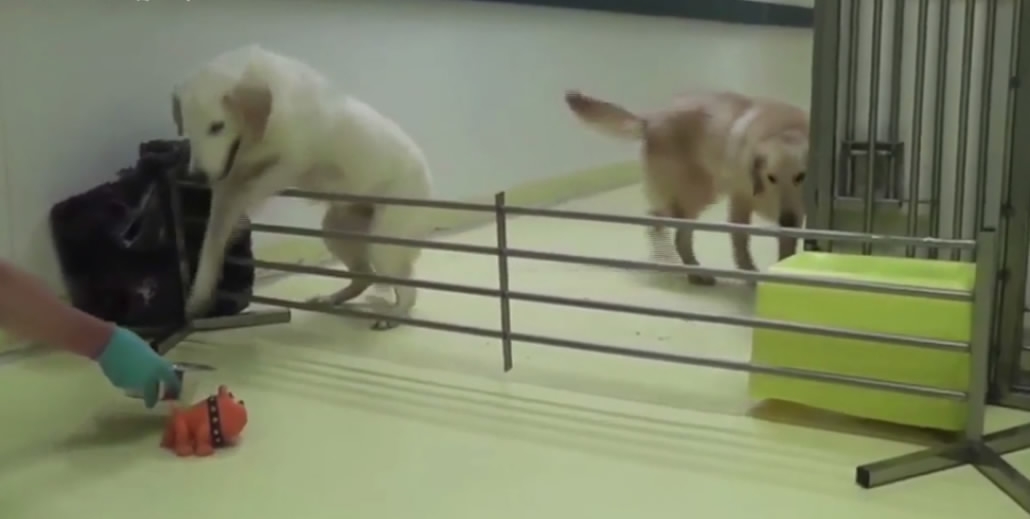 He can now jump across with two legs. /Atlantic Gene Therapies Photo

Geneticist Darren Griffin of the University of Kent commented that this was "really a very exciting study indeed".

"The disease has long been a target for gene therapy and it is only to be hoped that sufficient funds can be awarded for this research to reach its natural conclusion and go into full clinical trials," he said via the Science Media Center.

Boys affected by Duchenne muscular dystrophy develop muscle weakness in their first year of life, and generally become wheelchair-bound before the age of 15.

Muscle wasting and breathing and heart problems follow, and patients rarely survive into their 40s.