China and Poland should seize the new opportunities from the Belt and Road Initiative and the "China-CEE 16+1 mechanism" to enhance mutually-beneficial cooperation, China's top legislator Zhang Dejiang said in an official friendly visit to Poland between July 12 and 16.

During his meeting with Polish President Andrzej Duda, Zhang said the traditional friendship between the two peoples has been consolidated. "In the past two years, Chinese President Xi Jinping and Duda exchanged visits, and the two nations have worked to build a comprehensive strategic partnership, which opens a new chapter in the Sino-Polish relations", Zhang said. 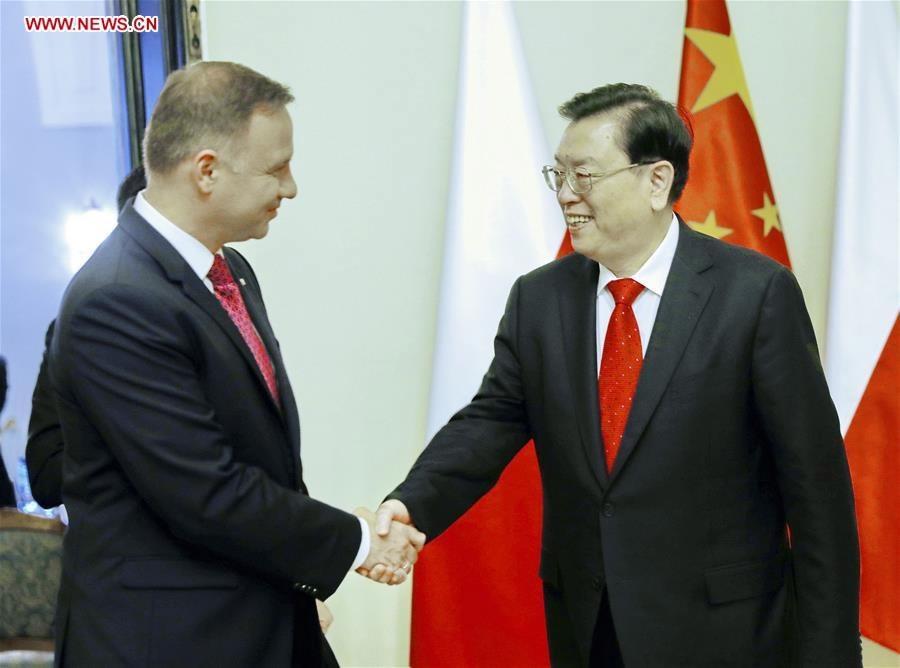 The two sides should seize the new opportunities bestowed by the Belt and Road Initiative and "China-CEE 16+1 mechanism", so as to intensify mutually beneficial cooperation in the areas of economy, trade and investment, and to forge ahead with bilateral relations, Zhang said.

The 16+1 mechanism is a platform created in April 2012 by China and 16 Central and Eastern European (CEE) countries. 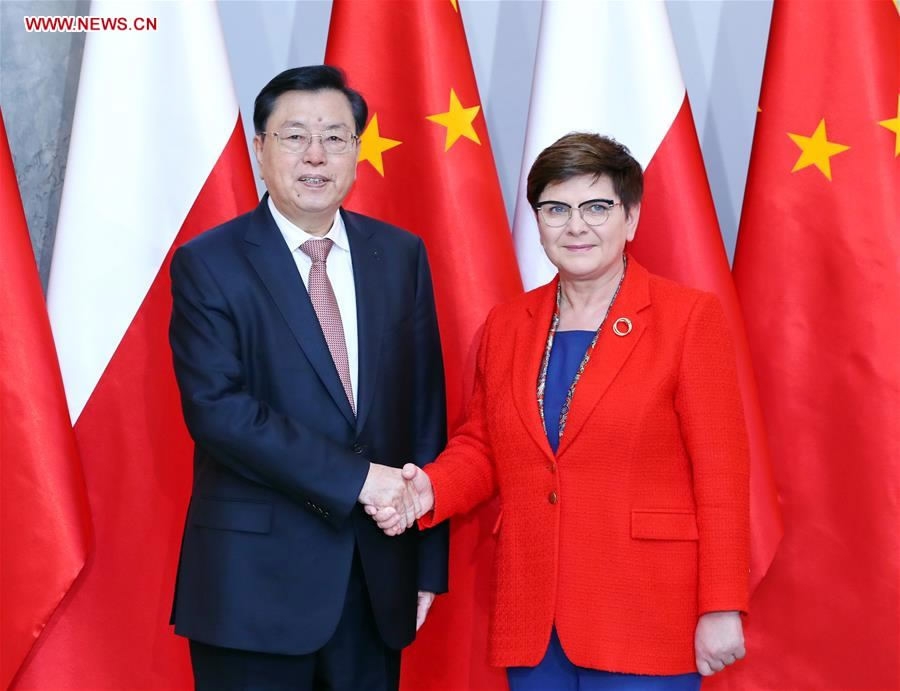 In his meeting with Prime Minister Beata Szydlo, Zhang mentioned Szydlo's attendance at the Belt and Road Forum for International Cooperation in Beijing in May, during which leaders of the two countries reached a series of new important agreements on strengthening relations.

Both nations, Zhang said, could make use of existing mechanisms and platforms to further infrastructure cooperation, improve service of the China-Europe freight trains and expand new areas of cooperation.

Zhang also said China attaches importance to developing relations with the EU and is willing to work with EU countries, including Poland, to continually promote the relations between China and the EU.

Zhang Dejiang (L) holds talks with Speaker of Poland's Sejm (Lower House of the Polish Parliament) Marek Kuchcinski in Warsaw, Poland, July 13, 2017, during his official visit to Poland from July 12 to 16. /Xinhua Photo

Szydlo believes the Belt and Road Initiative proposed by Chinese President Xi Jinping is of great significance to a more balanced and sustainable development of the global economy.

Zhang also called for reinforcing the sharing of experiences between the two countries in the area of legislation and supervision, and promoting friendly exchanges in culture, education and tourism.