With Japanese Prime Minister Shinzo Abe's involvement in a nationalist academic organization land-purchase scandal, stronger concern and fiercer anger have been spurred towards the far right-wing school operator Moritomo Gakuen, who has carried out prewar education in its school.
Children aged three to five were reported to recite Imperial Rescript on Education, an important pillar for Japanese prewar militaristic education signed by Emperor Meiji of Japan on 30 October 1890, and sing the national anthem in front of the Japanese flag in Tsukamoto Kindergarten operated by Moritomo Gakuen, who also sent letters to parents with hate speeches targeting Koreans and Chinese nationals.
‍Akie Abe, wife of Prime Minister Shinzo Abe ‍once agreed to be the honorary principal of an expanded elementary school run by Morimoto Gakuenhad but recently resigned as the scandal erupted. 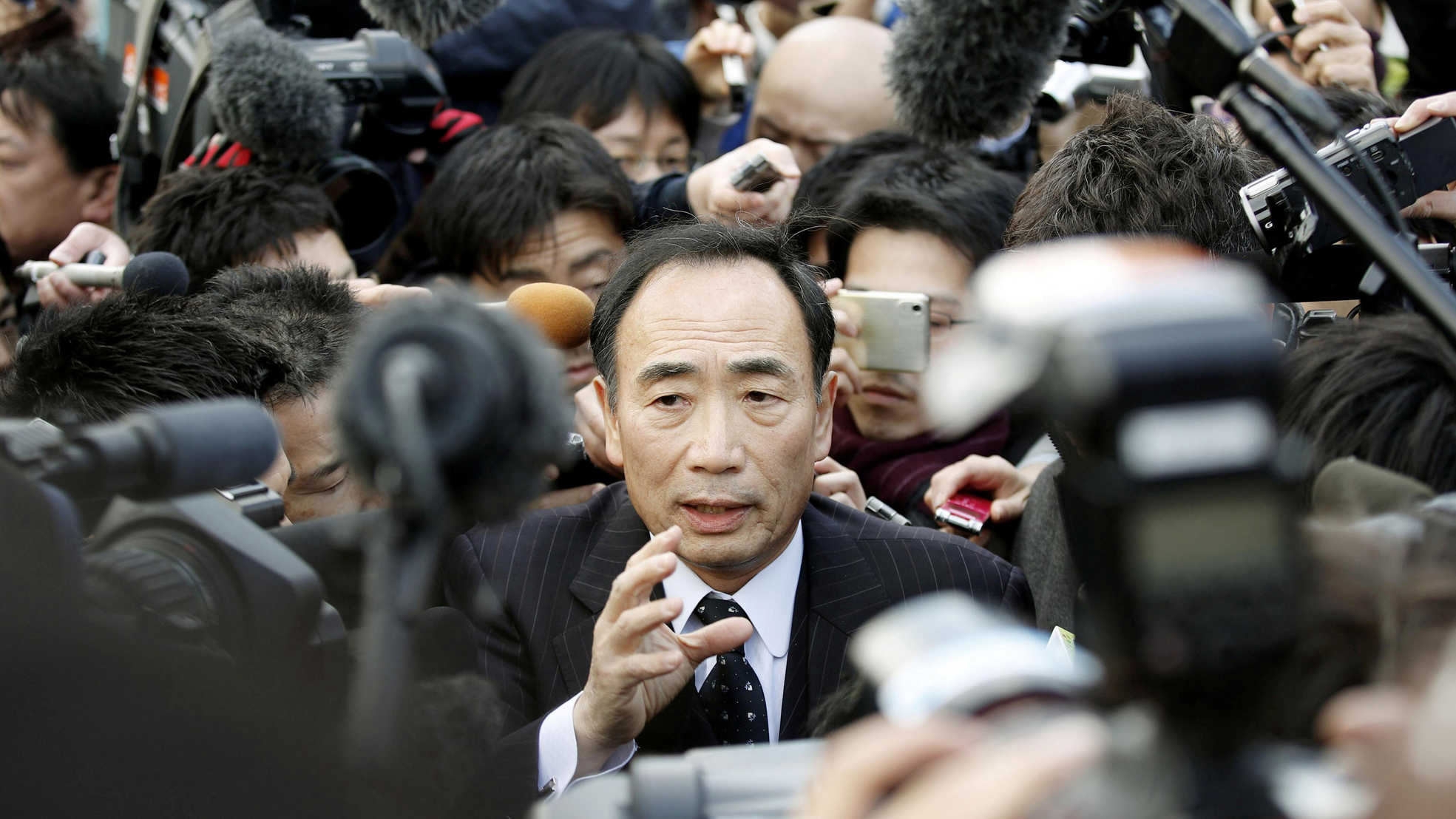 Yasunori Kagoike (C), administrator of Moritomo Gakuen, the academic organization linked to a land sale controversy that has engulfed Prime Minister Shinzo Abe and his wife Akie, was surrounded by media on March 9, 2017. /CFP Photo
Members from the Japanese Culture Club, who are on their visiting tour in Changchun, capital of China’s northeast Jilin Province, expressed their deep concern about this scandal when interviewed by CCTV.
“It is worrying to cultivate kids with such education,” said a retired Japanese teacher in this club, who is also a World War II orphan. She said prewar education was the mostly praised education during the the Chinese People's War of Resistance Against Japanese Aggression. However, making young kids to recite Imperial Rescript on Education was to teach children to hold an undisputed and admiring attitude towards wars. With 40 years of working experience in education, she expressed her fear and frustration to see the notable revival of militarism.
A former member of the National Diet of Japan from the club described the education in the scandal as “totally the same” as the militaristic education at that time. People who established this school are nationalists and right-wing, “The Abe government is trying to realize their own goal by doing such things.”
Another WWII orphan in the club told CCTV it was shocking to teach Imperial Rescript on Education. It opens up the way of Japanese militaristic education. “It is not education at all. It is to infuse such kind of far right thoughts, instead, making it the national ideology. They are cultivating successors for war.”
The scandal that Morimoto Gakuenhad purchased state-owned land at a price much lower than the appraised value erupted last month. Abe and his wife are suspected to have raised funds for it.
Abe denied any involvement in the deal during a Diet questioning last Friday and said he would resign if the investigation said otherwise.
Copyright © 2017