A solar power station shaped like a giant panda started its trial operation on Friday in Datong City in North China’s Shanxi Province.

The station was completed at the end of July. It’s the first panda-shaped solar plant in the world. 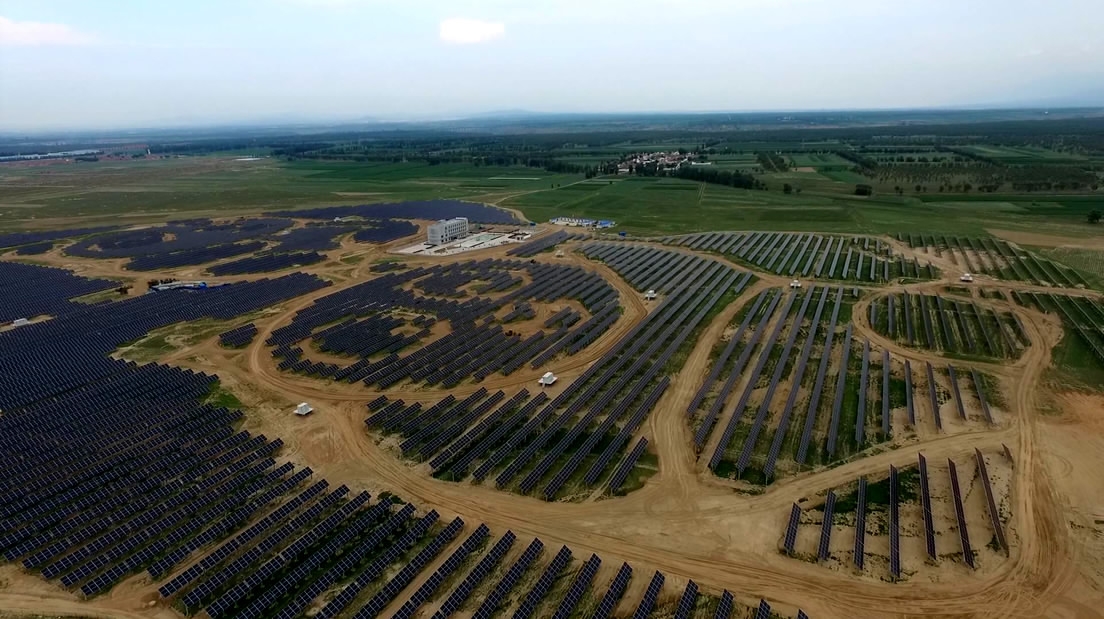 It is scheduled to be fully operational by August 10. An aerial view shows an image of two panda cubs. More details will be added, including grass to make the picture more vivid and an image of a pair of pandas will complete the family. 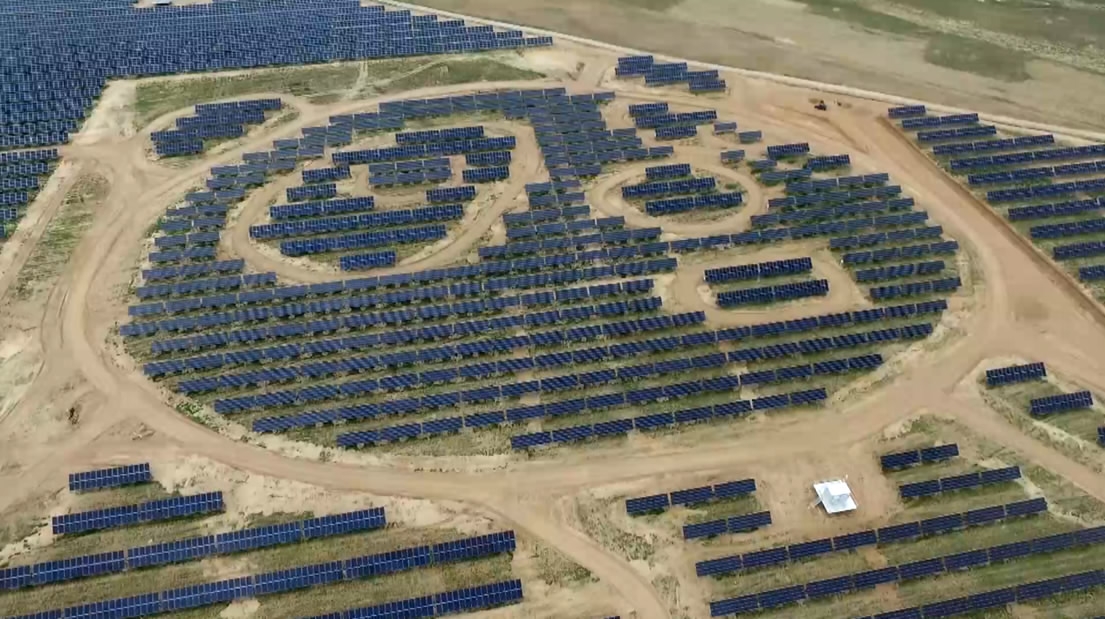 Grass needs to be added to complete the whole picture. /CGTN Photo

The Panda Green Energy Group began construction of the solar power station in 2016 by collaborating with the United Nations Development Program, in a bid to promote the use of green energy. Its capacity will reach 100MW and can produce energy equivalent to more than million tons of coal, reducing CO2 emissions and cutting other emissions by 500,000 tons over the course of the next 25 years. 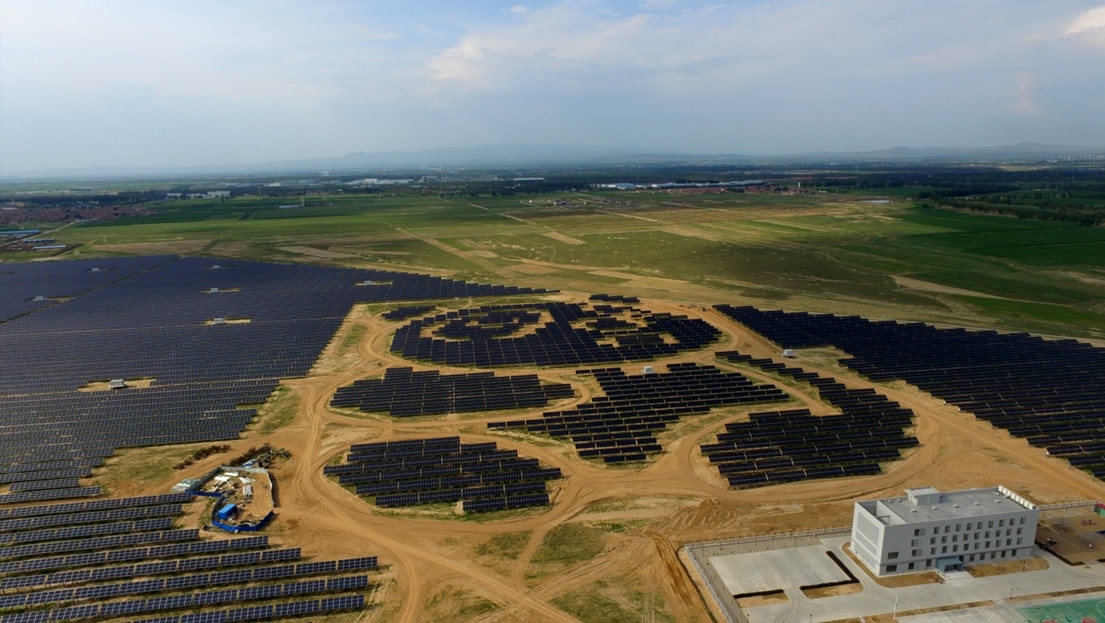 An image of two pandas will be built to complete the panda family. /CGTN Photo

The station was built with black and off-white photo-voltaic panels, making it look like pandas from above. What’s more interesting is that the movement of the sun will make the pandas smile. The idea came from a 17-year-old overseas Chinese student, who hoped that it would appeal to people to protect the environment by using green energy. 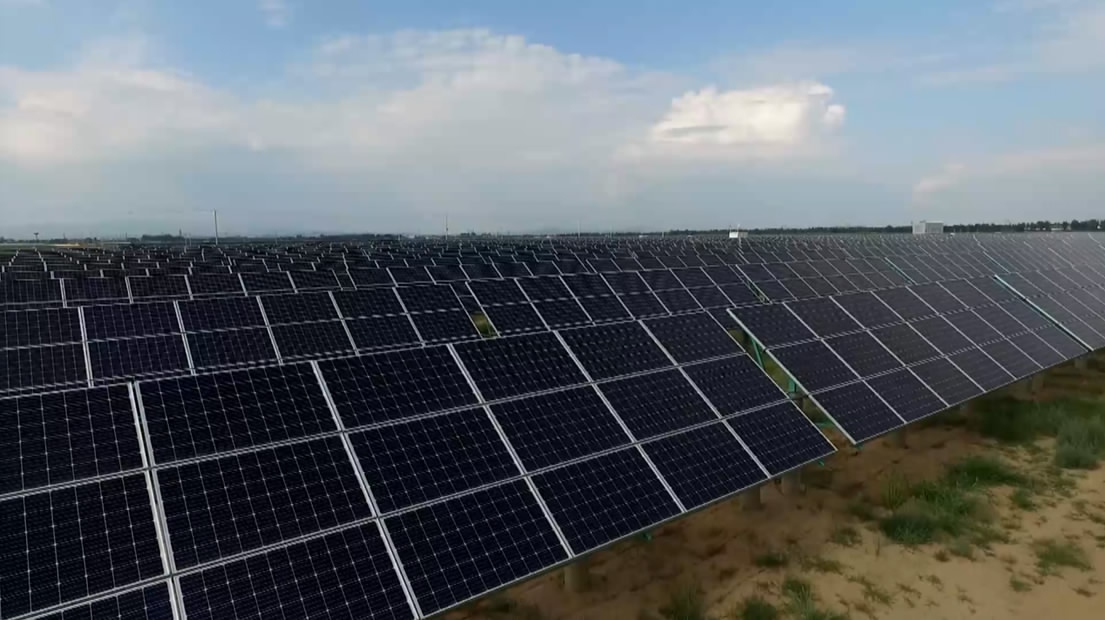 The city of Datong has an abundant amount of sunshine all year long. /CGTN Photo

The establishment of the panda solar power station in Datong is just a starting point. The Panda Green Energy Group has a global plan to build around 100 similar plants in countries and regions along the Belt and Road Initiative's coverage.