China successfully completed its five-day sea trial of the remote operated vehicle (ROV) undertaken by China's Yantai Salvage of Ministry of Transport on Sunday, marking China’s capability of deep-water salvage at 3,000 meters.
The offshore supply ship De Mei, which carried this ROV, set sail for the scheduled place in the South China Sea on April 5. The ROV was launched twice on April 6-7 with a maximum depth of 1,180 and 2,951 meters. The resistance to pressure and stability had also been tested. 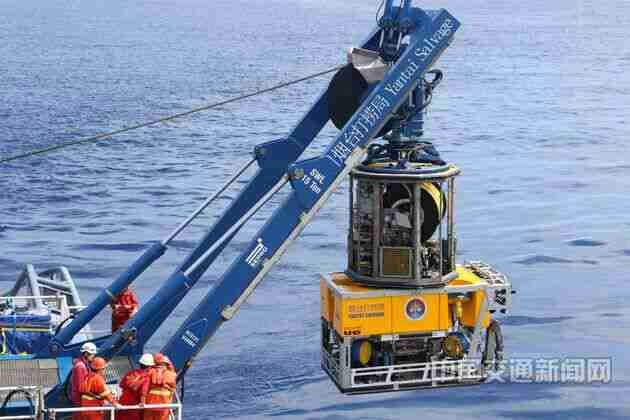 The ROV is being launching into the water. /Photo from Ministry of Transport
The ROV had the third sea trial on Saturday and successfully reached the seabed with the depth of 2,735 meters. It then flied 600 meters underwater as scheduled.
At the same time, technicians operated the high precision manipulator to put the sign of “China Rescue and Salvage” at the bottom of South China Sea. Main sensors, auxiliary equipment, mechanical hydraulic system, telecommunication transmission system, and automatic control system had all been examined and showed normal performance and parameters. 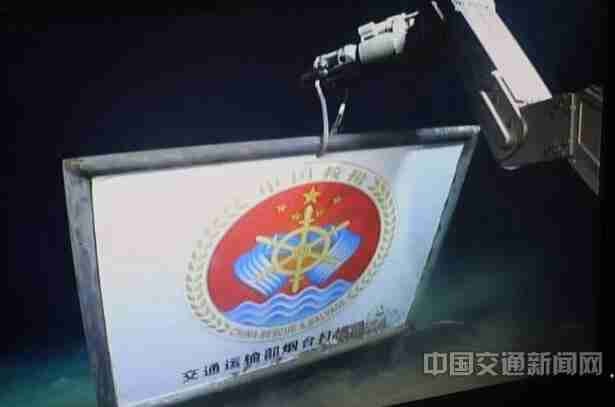 The sign of “China Rescue and Salvage” is put at the bottom of South China Sea /Photo from Ministry of Transport
The ROV of Yantai Salvage is one of the country’s key investments in equipment. Its spindle power reaches 200 horsepower and has an operating depth 3,000 meters. Equipped with advanced facilities, it is capable of various deep-water salvage and search work as well as ocean engineering assignments.
It will be put into service later, according to technicians from China Yantai Salvage.
The successful completion of this underwater trial has created a new diving record of Yantai Salvage, and set a new step Yantai Salvage makes for enhancing China’s marine power.
Copyright © 2017