China expressed hope that security can be protected and peaceful progress upheld in Syria in order to prevent the situation from further worsening, said Hua Chunying, spokesperson for China's Ministry of Foreign Affairs on Saturday.
“China's position on chemical weapons is consistent and clear.‍ China is against the use of chemical weapons by anyone under any conditions for any purposes‍,” Hua reiterated.
Hua's remarks came in response to the US missile attack on a Syrian air base, and echoed her statement on Friday when answering a question from CGTN reporter Wang Hui about the strike.
The US targeted a military air base in western Syria with 59 Tomahawk cruise missiles on Friday morning local time. The strike was a response to a suspected chemical weapons attack on a rebel-held town on Tuesday, Washington said. 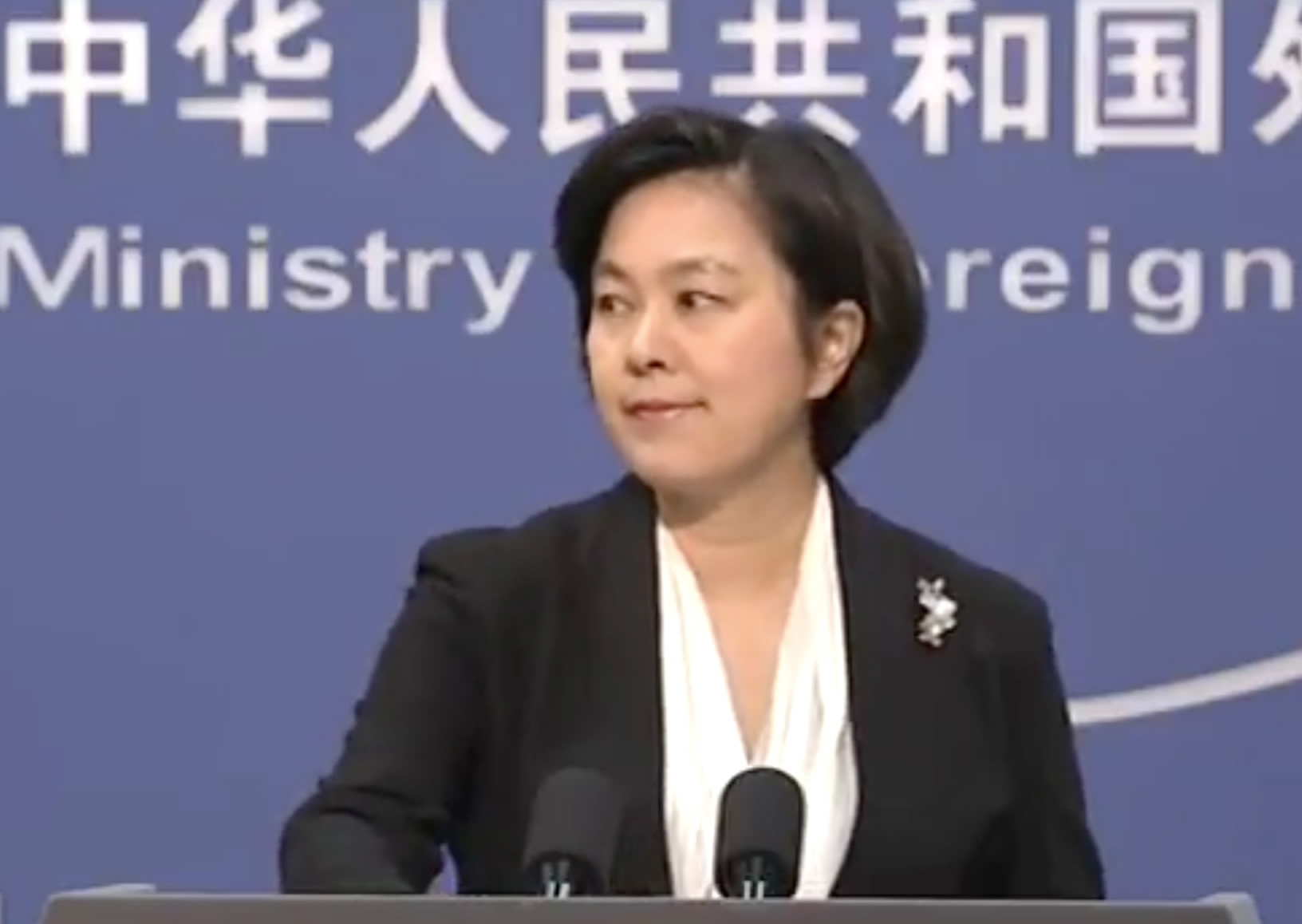 Hua Chunying, Chinese Foreign Ministry spokesperson, speaks at a daily briefing in Beijing on April 7, 2017. /CGTN Photo
She also said on Friday that Beijing backs the UN to conduct an independent and comprehensive investigation, and use solid evidence as a foundation to come to a conclusion that ‍can be tested by history and facts.
Hua said Beijing is aware of the latest developments in the incident, urges all relevant parties to exercise restraint, and believes the first priority now is to prevent the situation from getting worse.
Beijing believes the Syria crisis can only be resolved through political means and urges all parties to protect the progress made towards this path and not to give up. 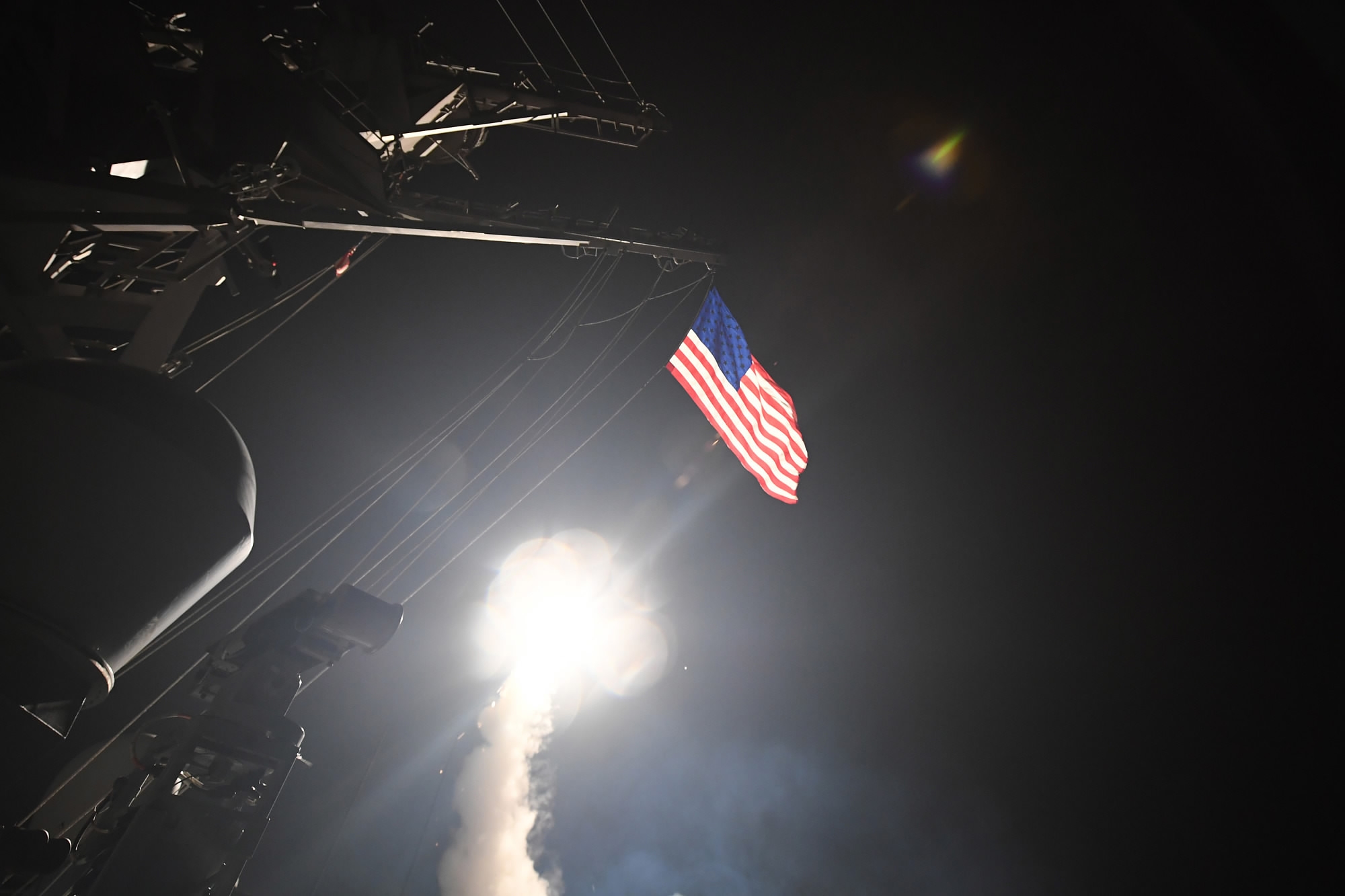 US Navy guided-missile destroyer USS Porter (DDG 78) conducts strike operations against Syria on April 7, 2017. /CFP Photo
US launches strikes against Syrian air ‍base
US President Donald Trump, speaking from Florida, said late Thursday local time that he ordered a targeted military strike on an air base in Syria. He claimed a suspected chemical attack was launched on a rebel-held town on Tuesday by planes based at the air field in western Syria's Homs.
The US military targeted the air base with 59 cruise missiles fired from two warships in the Mediterranean Sea. According to Syria’s state news agency SANA, at least nine people, including four children, were killed by the strike, which was the first direct action by the US against Syrian government forces.
Speaking to reporters at his Mar-a-Lago resort, President Trump called the US move “a vital national security interest of the United States to prevent and deter the spread and use of deadly chemical weapons.”
00:00
00:00
undefined
Trump’s order came only one day after he pointed the finger at Syrian President Bashar al-Assad for the suspected chemical attack, which killed at least 70 people, including children in the Syrian town of Khan Sheikhoun, and hinted at possible military action by Washington.
Syrian Foreign Minister Walid al-Moallem had denied the accusation, saying that government forces “haven’t, and will not use chemical weapons” against civilians or terrorists. 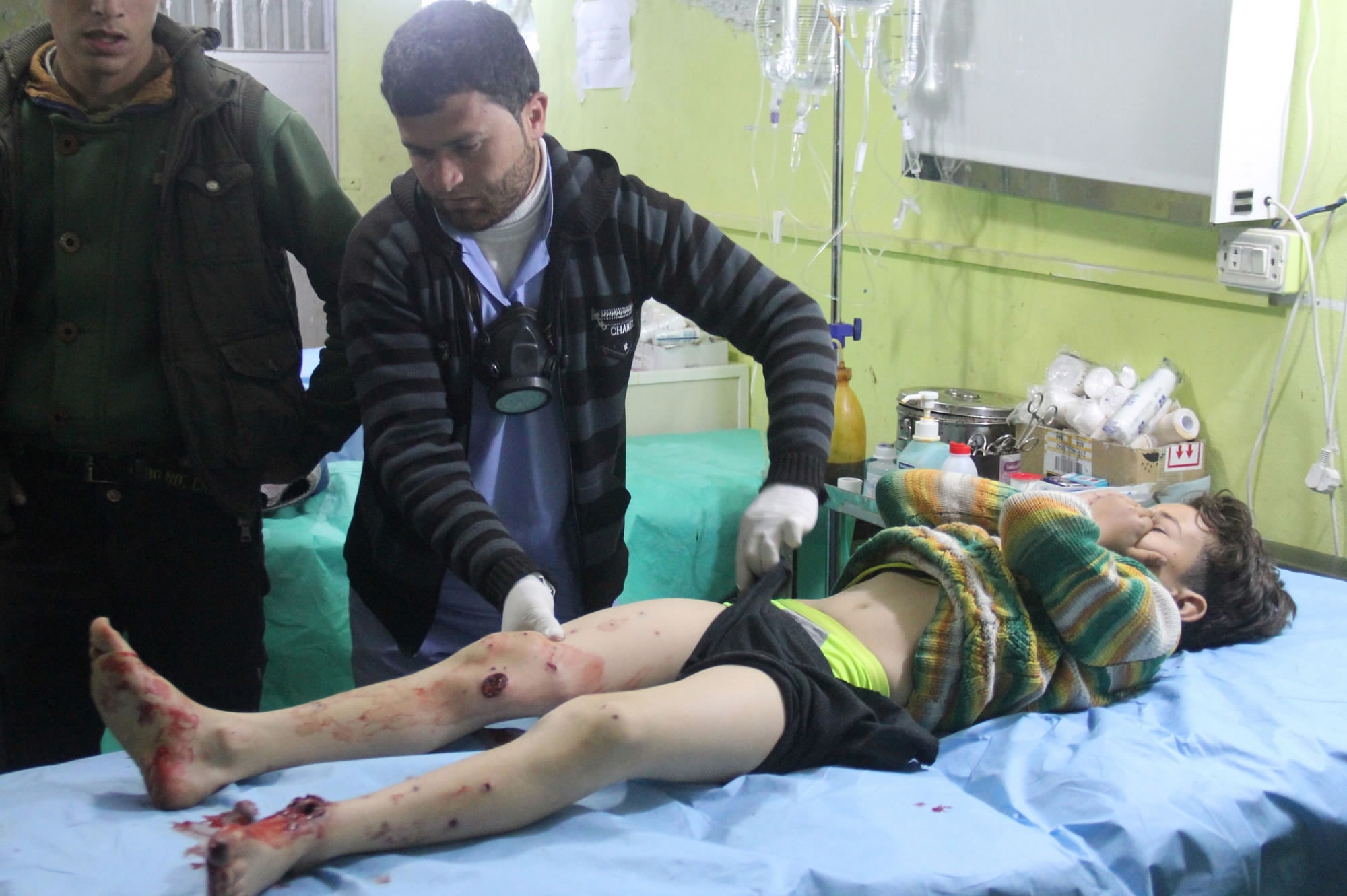 A Syrian child receives treatment at a hospital in Khan Sheikhoun, a rebel-held town in the northwestern Syrian Idlib province, following an attack on April 4, 2017. /CFP Photo
The airstrike marks a shift in US policy towards Syria. Only last week, US Ambassador to the UN Nikki Haley said the US diplomatic policy on Syria for now was no longer focused on making President Assad leave power. But Trump said on Wednesday that the gas attack had caused him to think again.
The Pentagon said Russian forces had been notified ahead of the strike.
Responses from Syria, Russia and Chinese expert
Syrian state TV quoted a military source as saying that the strike had led to “losses,” and slammed it as "American aggression."
Governor of Homs Talal Barazi said in a phone interview with Syrian state media that the US missile strikes serve the goals of “armed terrorist groups” and ISIL. “Syrian leadership and Syrian policy will not change,” he added.
Russian President Vladimir Putin denounced the US strike as “aggression against a sovereign state in violation of the norms of international law.” He added that the attack was conducted under a “trumped-up pretext,” Russian state-run news agency Sputnik cited Kremlin spokesman Dmitry Peskov as saying.
00:00
00:00
undefined
Russia has suspended the memorandum of understanding on flight safety in Syria with the US following the strike, according to the Russian Foreign Ministry’s statement. The agreement was designed to help the two powers avoid clashes between their air forces in the skies over Syria.
Echoing Putin, Rear Admiral Yin Zhuo of the People’s Liberation Army Navy told CGTN on Friday that the US missile strike without authorization from the UN was in violation of international law.
“The Syrian crisis has to be solved through the UN Security Council. It should be intervened by the international community instead of being tackled by the anti-terrorism allies led by the western countries,” said Yin.