The first shipment of 500 pounds of US beef has arrived in Shanghai and is in the hands of its first Chinese customer after a 14-year import embargo since the end of 2003.

During Chinese President Xi Jinping's visit to the US, President Donald Trump, Commerce Secretary Wilbur Ross, Treasury Secretary Steven T. Mnuchin and officials with the US Trade Representative announced the deal brokered to allow the return of US beef to China on May 11, 2017 as part of the US-China 100-Day Action Plan.

The return of US beef is the first and most important item in the Action Plan, followed by further cooperation in the export of poultry products, financial services, investment and energy. 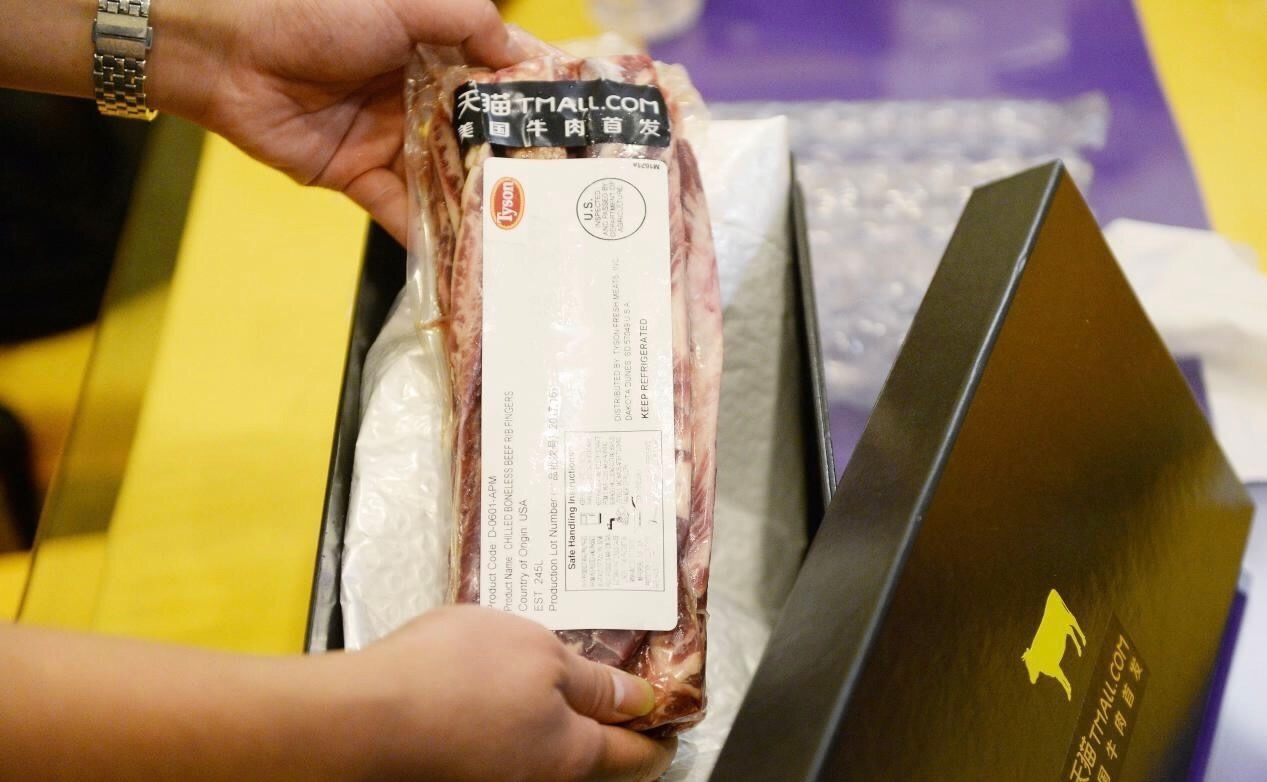 The two-pound beef package sold at 299 yuan, or 44 dollars, at TMall.com. /CGTN Photo

As the largest beef producer, the US exported more than 5.4 billion US dollars worth last year. US beef will affect the market share of Australian and South America beef, who took the majority of imported beef currently, but more dealers are expected to promote beef consumption and enlarge the market.

Beef producers and processors in Nebraska and Kansas are eligible to ship beef products to China, having followed requirements set forth in the USDA Export Verification Program.

US beef is well accepted by Chinese customers, even though it's often four times the price of local meat. However, the price will go down when imports come in bulk, according to a representative from TMall, the Alibaba Group's popular online shopping platform.