The animal most closely associated with Australia, the kangaroo, is set for a grim year after local governments in the country reportedly decided to proceed with a controversial plan to cull over one million of the animals in 2017.
The BBC reported “more than one million” kangaroos are expected to be killed in Australia under the plans to ease pressure on “endangered grasslands and wildlife." 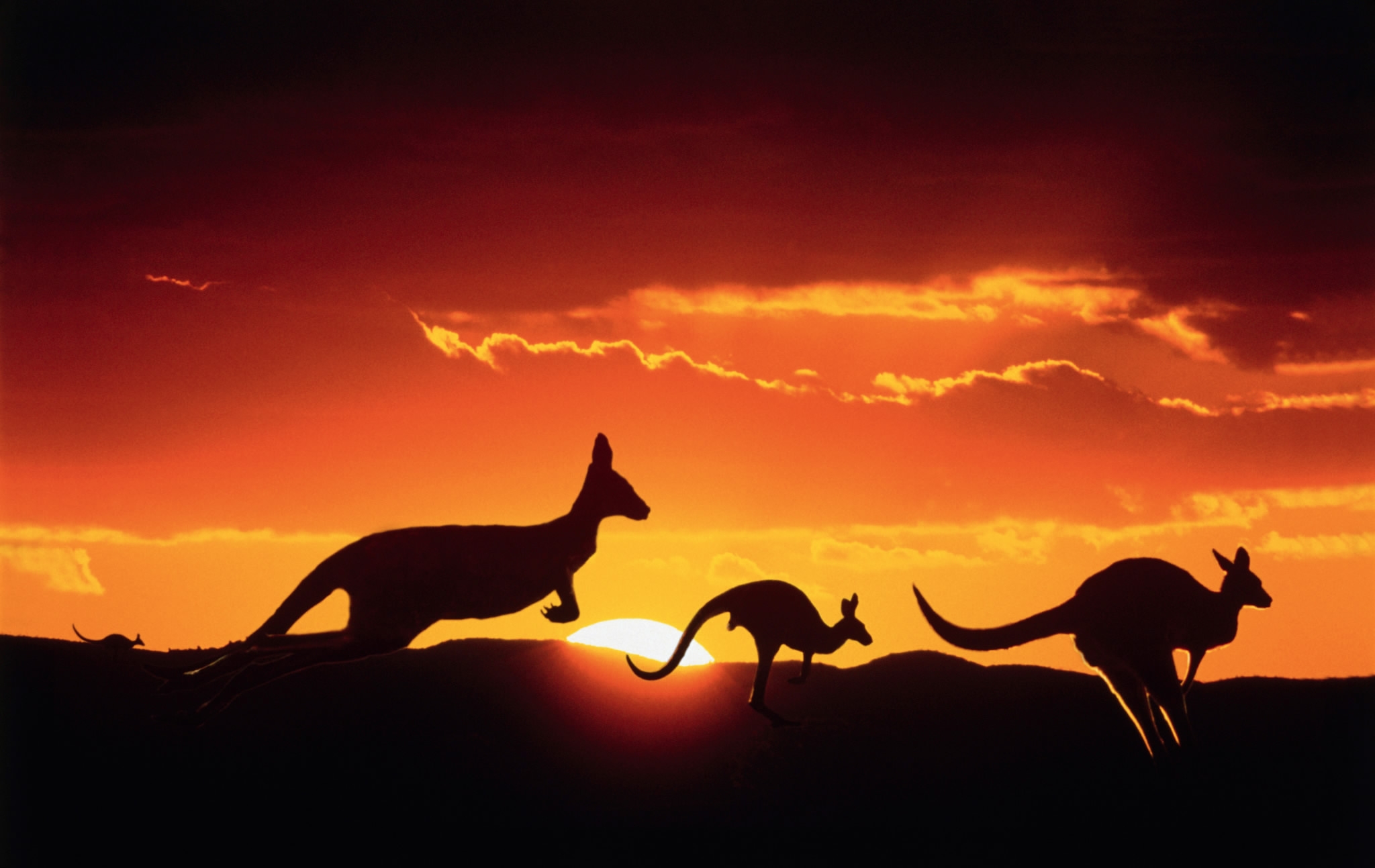 CFP Photo
"We used to have a huge number of top predators like the Tasmanian tiger. However, indigenous overhunting took them out, and then settlers culled predators like dingoes. Now the bush is a bountiful food locker with lots of grass and water, and few predators other than the car," Professor David Lindenmayer, a landscape ecology expert from the Australian National University, told the BBC.
Over the past few months, local officials from various states have issued “sustainable use quotas for commercial harvest of kangaroos”, claiming legally killing the animals can help maintain the herds’ sustainability.
The local governments have emphasized the scientific methods they use to monitor the changes in the kangaroo population and stated that the quotas have rarely been utilized to their fullest in the past.
The Australia Wildlife Society stated on its website that “the population size of just the four most abundant kangaroo species has fluctuated between 15 million and 50 million over the past 25 years, depending on seasonal conditions.”
OFFICIAL QUOTAS
Local authorities in Australia set up quotas for kangaroo killing and renew them annually in order to “ensure the harvest is ecologically sustainable.”
In the state of South Australia, the quota has risen from 664,000 in 2016 to 766,100 this year. The state of Queensland said in its 2017 Quota Submissions for Commercially Harvested Macropods in Queensland that quotas are set “between 10 percent and 20 percent of the estimated population for each species in each zone.” 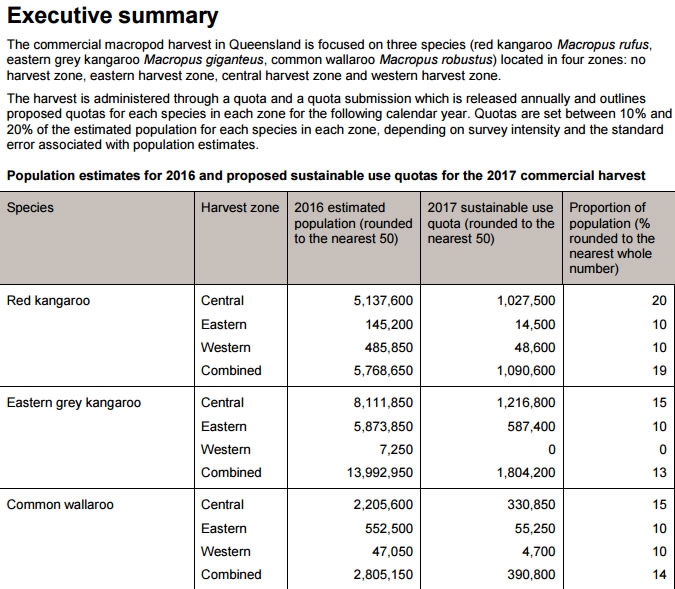 A screenshot from the 2017 Quota Submissions for Commercially Harvested Macropods in Queensland
The New South Wales Commercial Kangaroo Harvest Management Plan 2017–2021 was published on December 17, 2016, stating that “maximum harvest quotas are set at 15 percent of the population for grey kangaroos and common wallaroos, and 17 percent of the population for red kangaroos.”
But does the quota system work? Multiple environmental protection groups have voiced objections, claiming there is insufficient evidence to support the idea that killing the mammals can help restore the ecosystem balance.
Many also argue that together with “non-commercial killing”, including death caused by hunting, incidents and diseases, the quota has led to a shrinking of the kangaroo population in some areas.
"There is no compelling argument that they cause damage to the ecosystem. Indeed, they keep grass short - preventing wildfires - and fertilize nutrient-poor soils", the BBC quotes Louise Boronyak from anti-cull group THINKK at the University of Technology Sydney, as saying.
There were about 1.6 million kangaroos culled in 2016, Boronyak added.
SHOOTING CODE
The Australian government has put in place a guideline demanding that kangaroos be shot in a humane manner. 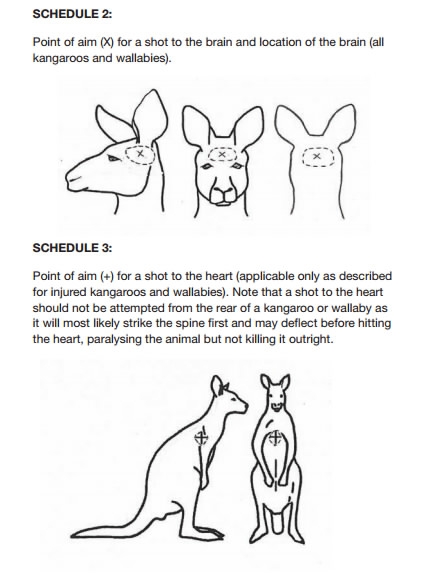