Ireland's Imperial Mandarin, a biography of Sir Robert Hart - a top officer in China's customs in the Qing Dynasty - was released for sale in Beijing on Wednesday.
In January, Hong Kong-based Irish author Mark O'Neill published the book, the fourth one in his series about China. 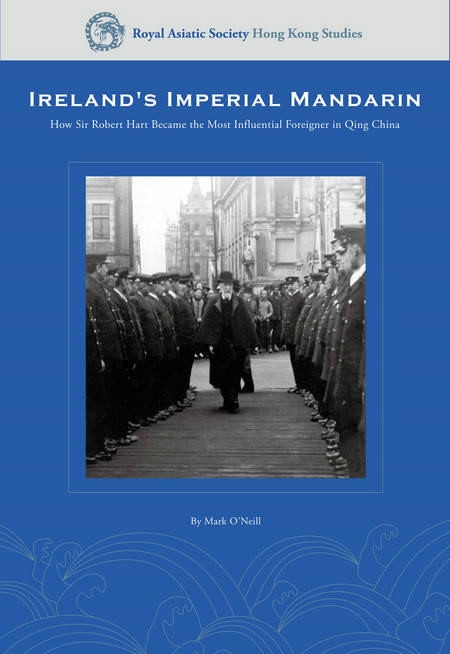 Ireland's Imperial Mandarin, a new biography of Robert Hart. /China Daily Photo
Born in Portadown in what is now Northern Ireland, Hart went to Queen's University in Belfast at the age of 15. Three years after graduation, he was selected by the British foreign office to work in China.
In 1854, Hart was sent to Ningbo, east China's Zhejiang Province, where he hired a Chinese teacher and studied ancient Chinese classical works, including the Analects, the Mencius and the Book of Songs. 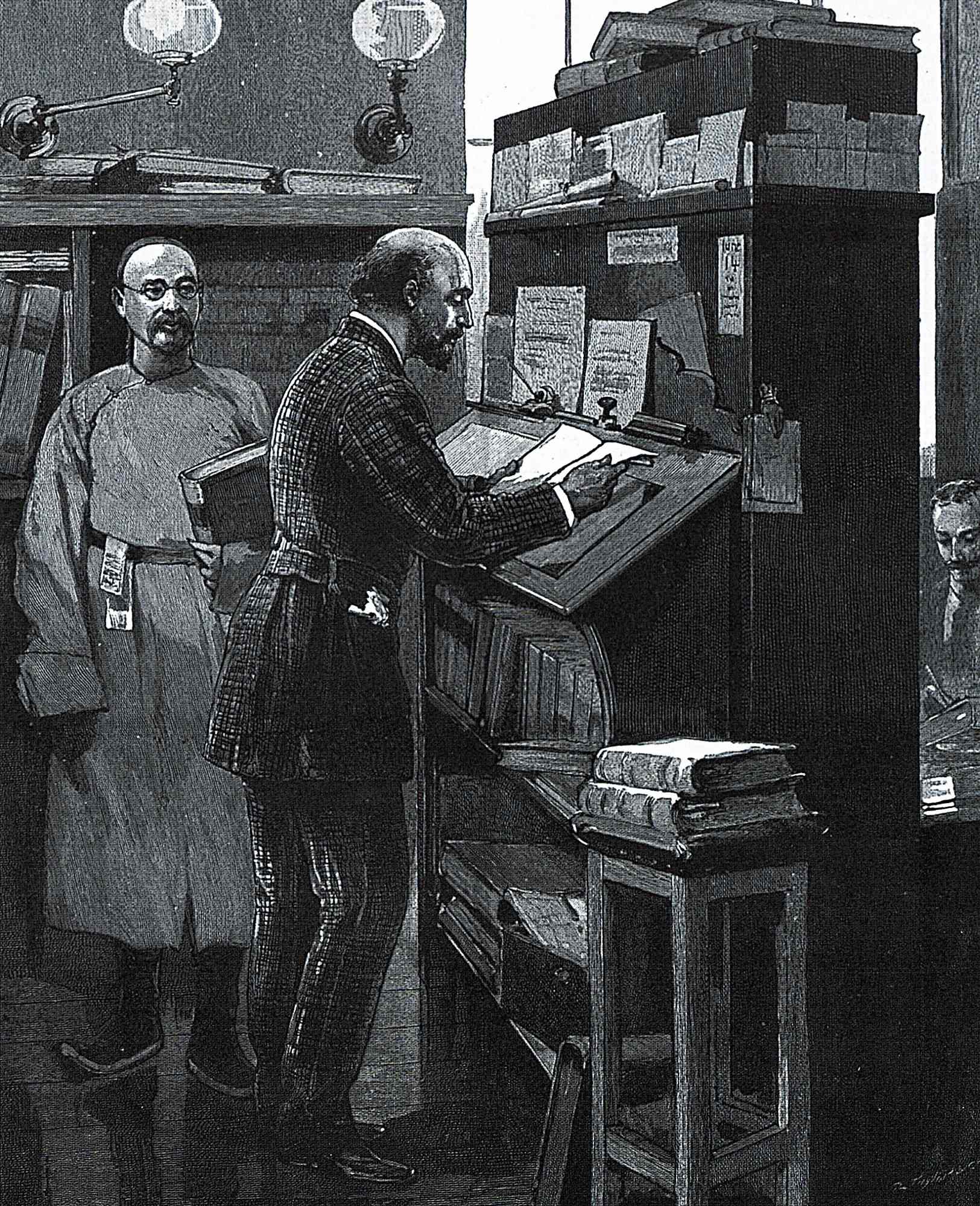 Woodcut: Robert Hart with his Chinese assistant in their office in Peking. /CFP Photo
"Nothing but hard, hard study will conquer the Chinese language, literature and its difficulties; but I am determined to become its master," Hart wrote in his journal.
In 1863, Hart was appointed inspector-general for the Imperial Maritime Custom Service of the Qing government.
In his journal, Hart writes: "My life has been singularly successful: not yet twenty-nine, and at the head of a service which collects three millions of revenue, in－of all countries in the world!－the exclusive land of China." 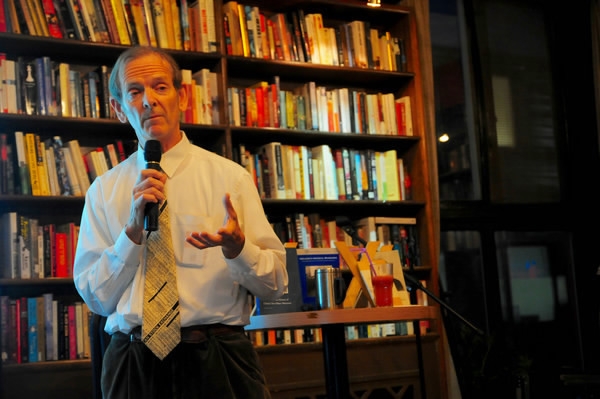 Mark O'Neill, Hong Kong-based Irish author. /China Daily Photo
O'Neill's book says the amount of customs revenue collected rose from 8 million silver taels in 1865 to 14.5 million two decades later, or nearly 20 percent of the national revenue. Three years before Hart left China, customs revenue had risen further, to 30 million.
A portion of the funds was allocated to the founding of Tong Wen Guan, the translation service for the Qing government, and also for sending 120 Chinese children to study in the United States.
Hart also proposed and helped minister Li Hongzhang to purchase the first two steel-plated warships, which led to the founding of the Qing government's Beiyang Fleet. 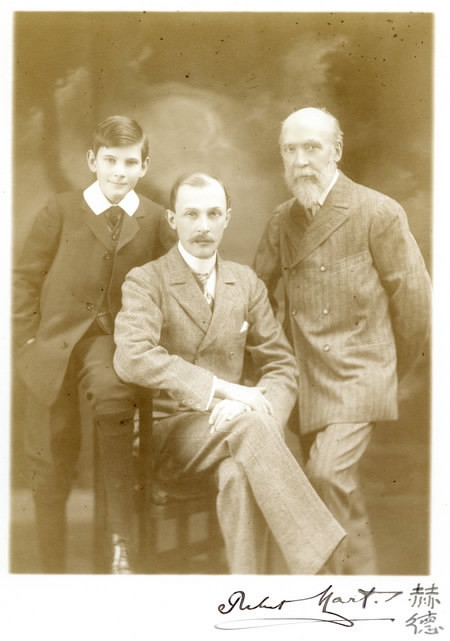 Hart (right) with his son and grandson in London in 1909. /Queen’s University Photo
The biography details Hart's work in China, including his negotiations with France to end the Sino-French War in Vietnam in the mid-1880s, and the founding of the imperial post office.
Based on different opinions and resources, scholars from China and foreign countries may have their own attitudes towards Hart and his role in China. In the book’s preface, O'Neill tells readers, “We leave you to make your own judgement".
5km
Copyright © 2017