‍President Donald Trump said Thursday he was withdrawing the US from the Paris climate agreement, striking a major blow to worldwide efforts to combat climate change and distancing the country from many allies abroad. He said the US would try to negotiate re-entry on better terms.

"As of today, the United States will cease all implementation of the nonbinding Paris accord," Trump said during a White House Rose Garden announcement. Suggesting renegotiating re-entry was not a major priority, he said, "If we can, great. If we can’t, that’s fine."

By abandoning the world's chief effort to slow the tide of planetary warming, Trump was fulfilling a top campaign pledge. But he was also breaking from many of America's staunchest allies, who have expressed alarm about the decision. 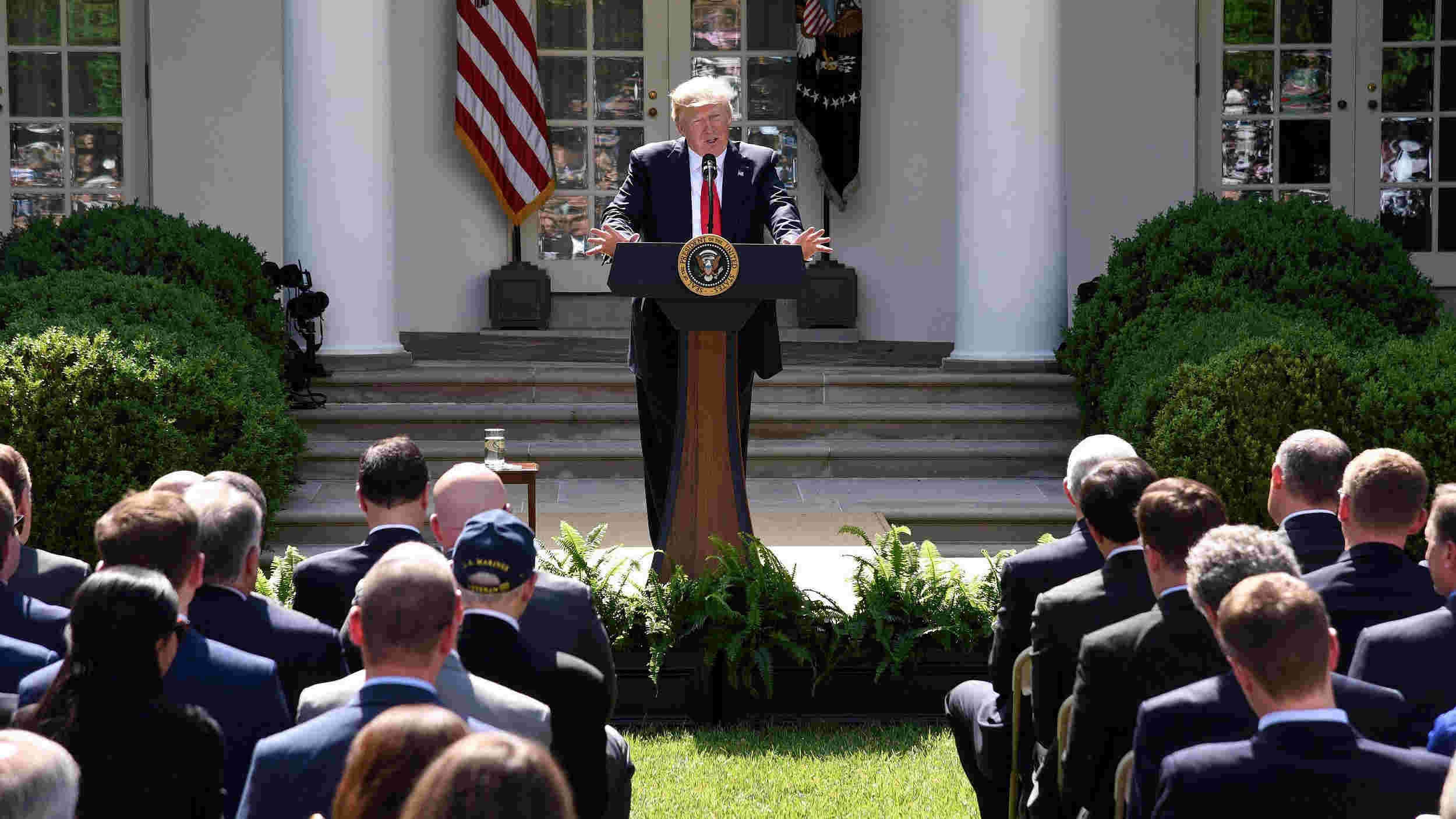 US President Donald Trump makes a statement on The Paris Climate Change Accord in the Rose Garden of the White House in Washington, DC, June 1, 2017. /VCG Photo

Under former President Barack Obama, the US had agreed to reduce emissions to 26 percent to 28 percent of 2005 levels by 2025 – about 1.6 billion tons.

But Trump said the agreement disadvantaged the US "to the exclusive benefit of other countries," leaving American businesses and taxpayers to absorb the cost.

Scientists say Earth is likely to reach more dangerous levels of warming sooner as a result of the president's decision because America contributes so much to rising temperatures. Calculations suggest withdrawal could result in emissions of up to three billion tons of additional carbon dioxide in the air a year – enough to melt ice sheets faster, raise seas higher and trigger more extreme weather.

World leaders had pledged Thursday to keep up the fight against global warming and urged Donald Trump to be part of that effort, hours before Trump announced he would withdraw the US from the Paris climate accord. 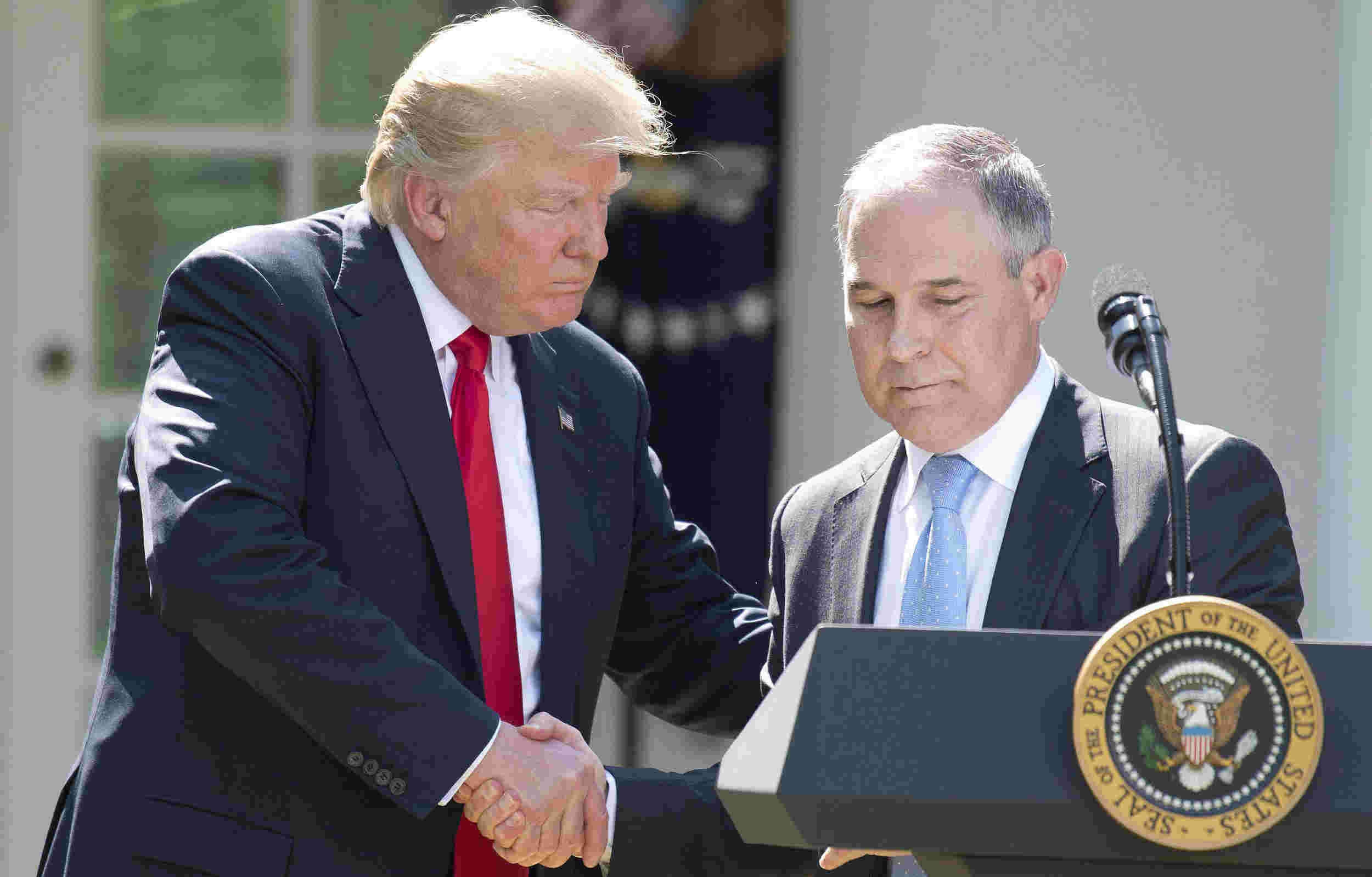 US President Donald Trump shakes hands with EPA Administrator Scott Pruitt after making a statement regarding the Paris accord in the Rose Garden of the White House in Washington, DC, June 1, 2017. /VCG Photo

The US is the world's second-largest emitter of carbon, following only China. Beijing, however, has reaffirmed its commitment to meeting its targets under the Paris accord, recently canceling construction of about 100 coal-fired power plants and investing billions in massive wind and solar projects.

White House talking points said the Paris accord was "a BAD deal for Americans" and that the president’s action would keep "his campaign promise to put American workers first."

"The Accord," the document went on to say, "was negotiated poorly by the Obama Administration and signed out of desperation."

"The US is already leading the world in energy production and doesn't need a bad deal that will harm American workers," it read.

The White House had signaled earlier in the week that withdrawal was likely, but Trump has been known to change his mind at the last minute on such major decisions.

White House aides were divided on the topic and had been deliberating on “caveats in the language” as late as Wednesday, one official said.