China's week-long Lunar New Year holiday, which began Friday, is set to become a "Golden Week" for overseas tourist destinations as more than 6 million Chinese chose to spend the holiday abroad this year.
The Lunar New Year holiday is usually a time for family reunions and celebrations, but now as more and more Chinese are traveling overseas, the China National Tourism Administration has described it as a "Global Golden Week."
Since the year 2000, China lengthened its three major public holidays -- Spring Festival, May Day and National Day -- from three days to seven days. They soon became known as "golden weeks," when people could travel and gather with families, boosting travel and hospitality sectors' revenue.
Based on a survey conducted by the Administration, the United States was the most popular long-haul outbound destination during the holiday period, followed by Britain, Spain, Germany and Switzerland.
Australia, New Zealand and Thailand are attracting the most Chinese tourists as medium or short-haul destinations, while China's Hong Kong and Macao remain the major nearby destinations, according to the survey. 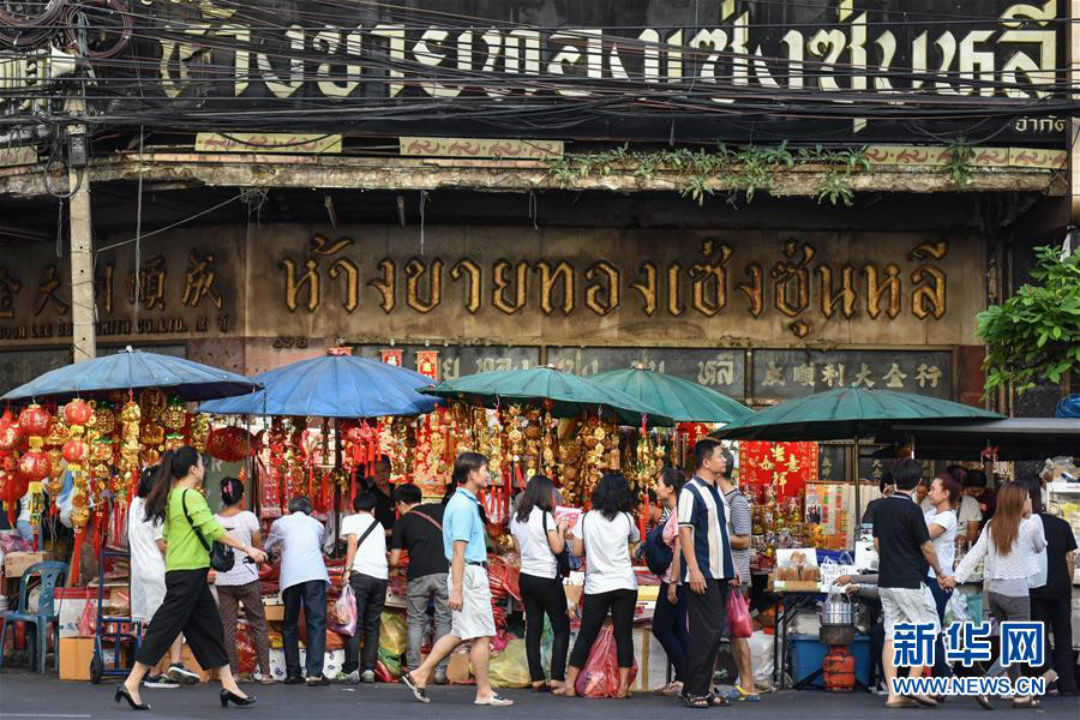 Chinese New Year in Thailand /Xinhua Photo
According to a report by Ctrip, a travel website, Chinese tourists are expected to spend 100 billion yuan (about 14.5 billion US dollars) in total over the week.
Ctrip saw great potential in China's outbound tourism as a result of higher incomes, simpler visa procedures and more flights.
China has been the world's largest consumption country for overseas tourism for four consecutive years, contributing more than 13 percent to global tourism income.
(Source: Xinhua)
Copyright © 2017