China's newly-built "Fuxing" bullet trains completed their first commercial trip from Beijing to Shanghai on Monday, at a designed speed of 350 kilometers per hour, and a max speed of 400.

All of the components corresponding to key technologies in the new model are produced in China, according to the National Railway Administration (NRA). 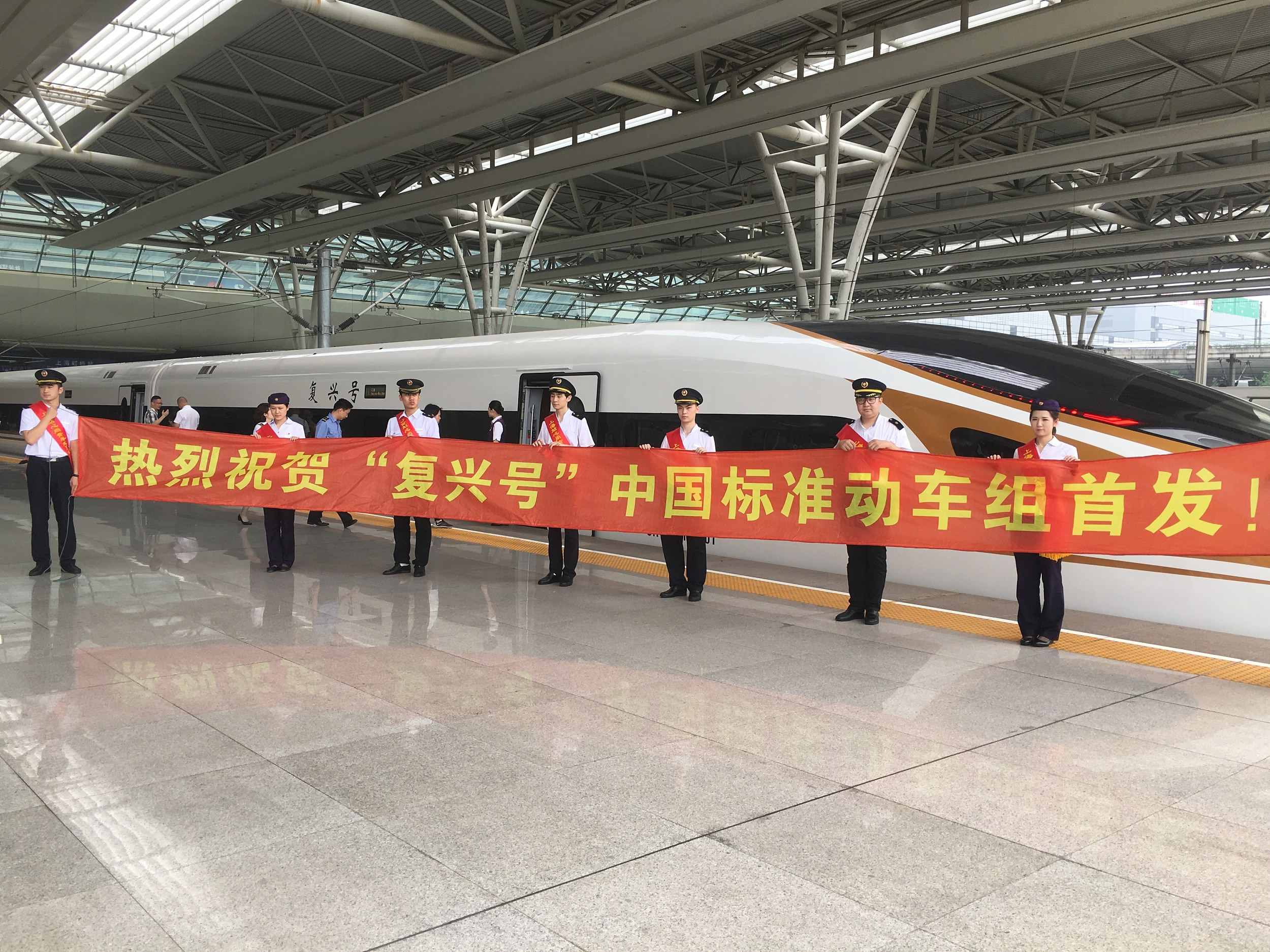 This kind of bullet train is also known as an electric multiple unit (EMU).

The first train, CR400AF, departed from Beijing South Railway Station at 11:05 a.m. bound for Shanghai, and the second train, CR400BF, left Shanghai's Hongqiao Station for the capital at the same time.

“Fuxing” means rejuvenation while “CR” stands for “China Railway,” the NRA explained. The number 400 represents the fastest speed at which the trains could travel per hour. Meanwhile, “F” indicates the special power technology the two trains are using. The NRA said that “A” and “B” represent different train makers. 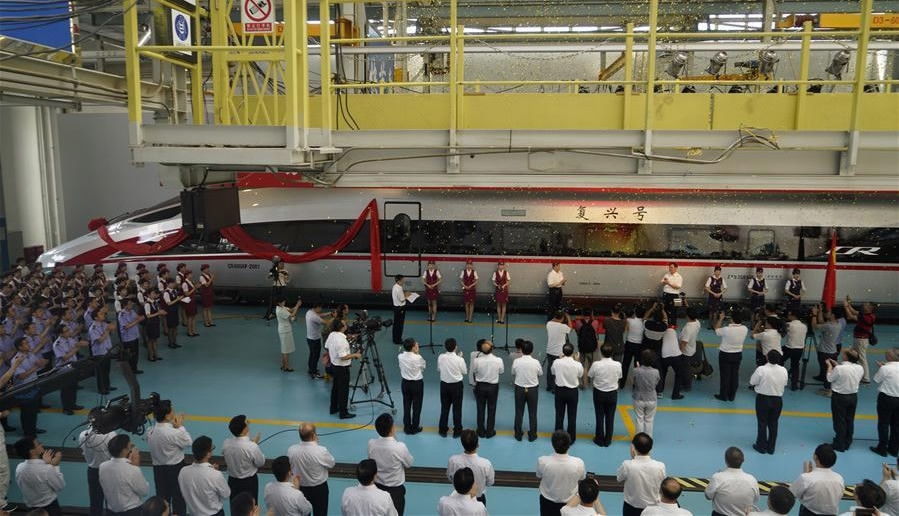 The two new bullet trains are designed to be roomier than existing models and are fitted with WiFi to help make traveling more comfortable and convenient for passengers.

Advanced sensing systems with more than 2,500 sensors have also been installed to respond automatically during emergency situations. NRA said the new type can run in a temperature between -40 to 40 degree Celsius.

In addition, the trains consume 17 percent less energy than existing models. According to officials, China is planning to mass produce the new trains and expand operations on the country's high-speed rail network. 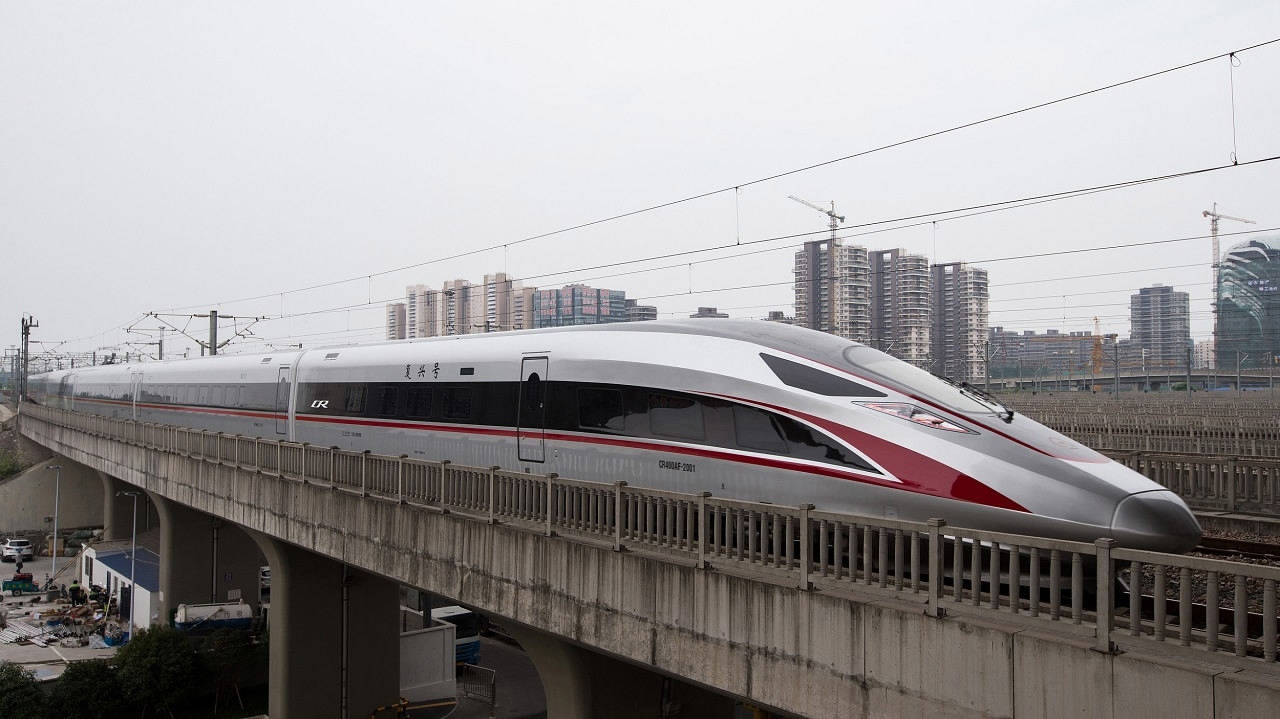 One of the Fuxing bullet train runs out of eastern China's Nanjing railway station on June 26, 2017. /VCG Photo

In order to improve railway technology, as well as meet the demand of rapid economic development, China started the EMU project in 2012‍ and completed the plan design in 2014.

Experimental tests on the EMUs started in 2015 at the National Railway Test Center of the China Academy of Railway in Beijing. On August 15, 2016, the first China-standard EMU began operation as Train No. G8041, departing from Dalian North Railway Station to Shenyang Railway Station.