What exactly is AlphaGo?
TECH & SCI
By Xie Zhenqi

With the much-anticipated weiqi, or Go, match between 19-year-old Chinese grandmaster Ke Jie and Artificial Intelligence (AI) computer program AlphaGo drawing close, the spotlight has once again been cast on the traditional Chinese board game.
Here's all you need to know to help you better understand weiqi and its AI player...
How is weiqi played?
The rules of weiqi differ from country to country, but the goal is the same – to surround more territory than the competitor. Here is a basic introduction to the rules:
The game is usually played on a 19x19 grid board. Nine points are called “star points” serving as reference points.
Players draw to decide who can go first with a black stone. 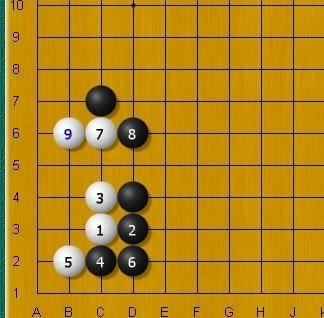 VCG Photo
They then take turns to put one stone on the cross point of the board. No movement can be made once the stone is placed. The aim is to surround the vacant areas of the board to form territories.
When stones are completely surrounded, they are captured and removed from the board as “prisoners.”
The winner is the player with the larger total of territory and prisoners.
How has AI learned to play weiqi?
AI was initially developed for games, as inventors hoped to see machines solve problems with a mindset similar to that of human beings.
Since AI declared its first victory against professional chess players in 1997, it has struggled to beat top weiqi players because the game tests the limits of our brains.
The reason for AI's weiqi struggle is simple: the number of possible first moves in chess is 20, and thus 400 possible combinations exist in the second moves; whereas in weiqi that number is 129,960. The average number of moves per match in chess is 40, and for weiqi it is 220. Therefore, weiqi is clearly far more complicated.
The first weiqi program was written by Albert Lindsey Zobrist in 1968 as part of his thesis paper. In 1994’s World Computer Go Championship, the winning program Go Intellect lost all three games against youth players.
Between 2012 and 2014, even the best weiqi-playing AI programs could only manage a mixed record in contests against high-level human players. They did come close to the top amateur level, but were still miles away from professional standards.
It was thus widely believed that at least 10 more years were needed before a machine would catch up with the grandmasters. But AlphaGo, beat South Korean Lee Se-dol – one of the world’s best weiqi players – 4-1 in Seoul from March 9 to 15 last year. 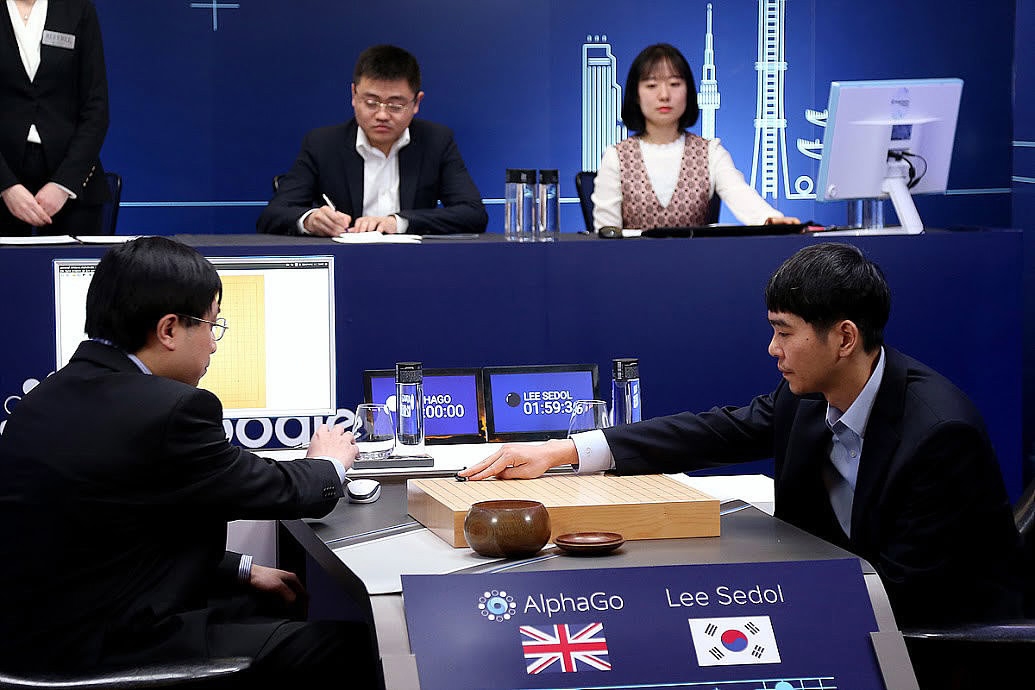 AlphaGo vs. Lee Se-dol. /VCG Photo
However, the way AlphaGo played often puzzled top professionals, and even its developers cannot fully explain the intention behind each move.
How did AlphaGo learn to play weiqi?
Surprisingly, the scientists who created AlphaGo didn’t need to master weiqi themselves; rather, it was developed through an algorithm called machine learning, or deep learning, a model adopted from 2015 onwards.
AlphaGo’s developers integrated three major technologies to make AlphaGo a so far “invincible” weiqi master – Monte Carlo tree search (MCTS), reinforcement learning (RL) and deep neural networks (DNN).
What AlphaGo did first is imitation. It learned a huge number of high-level weiqi games from a database, and was trained to match the moves made by professional players. Then it learned further by competing against other weiqi-playing machines. Finally, it played against itself in different scenarios.
MCTS is a method for making optimal decisions in AI problems. In other words, it allows the program to make the best choice under any game situation. That’s what provides the basic algorithm for AlphaGo to play weiqi.
RL is the learning method of AlphaGo to train its policy network. It makes the program learn the game by playing large numbers of games, learning from the mistakes and making improvements.
DNN is the tool that adds situation evaluation and policy functions.
So AlphaGo learned from other players’ past performance and actual games against other players. For that reason, it does not need to understand the rules of weiqi – and reportedly it doesn’t. This was proved in its loss in the fourth match with Lee Se-dol last year, because it didn’t know a famous shoujin (tesuji) – clever play – Lee applied.
Come and vote!
CGTN will stream all three matches between Ke Ji and AlphaGo live from Wuzhen, and cover all the great ideas shared at the AI summit which runs alongside the contest. So please stay tuned from May 23 to 27.
Who do you think will be the winner, Ke Jie, the 19-year-old world No.1 weiqi player, or AlphaGo?
We will share remarks from netizens on this voting platform. Tell us your thoughts and vote for your preference!
Vote and share your thoughts here
Copyright © 2017