The winners of the 2017 Sony World Photography Awards were announced on Tuesday, with Chinese photographer Gong Jianguo one of the Awards’ 10 Open category winners for an image that also secured him the China National Award.
As one of the world's leading photography competitions, the Sony World Photography Awards is marking its 10th anniversary this year and continues to select and showcase the best images from all over the world.
In the Open competition this year, Gong, a 56-year-old freelance photographer from the central Chinese city of Wuhan, stood out with his extraordinary photograph “Tai Chi” from over 105,000 entries competing for the best single photographs across 10 categories. 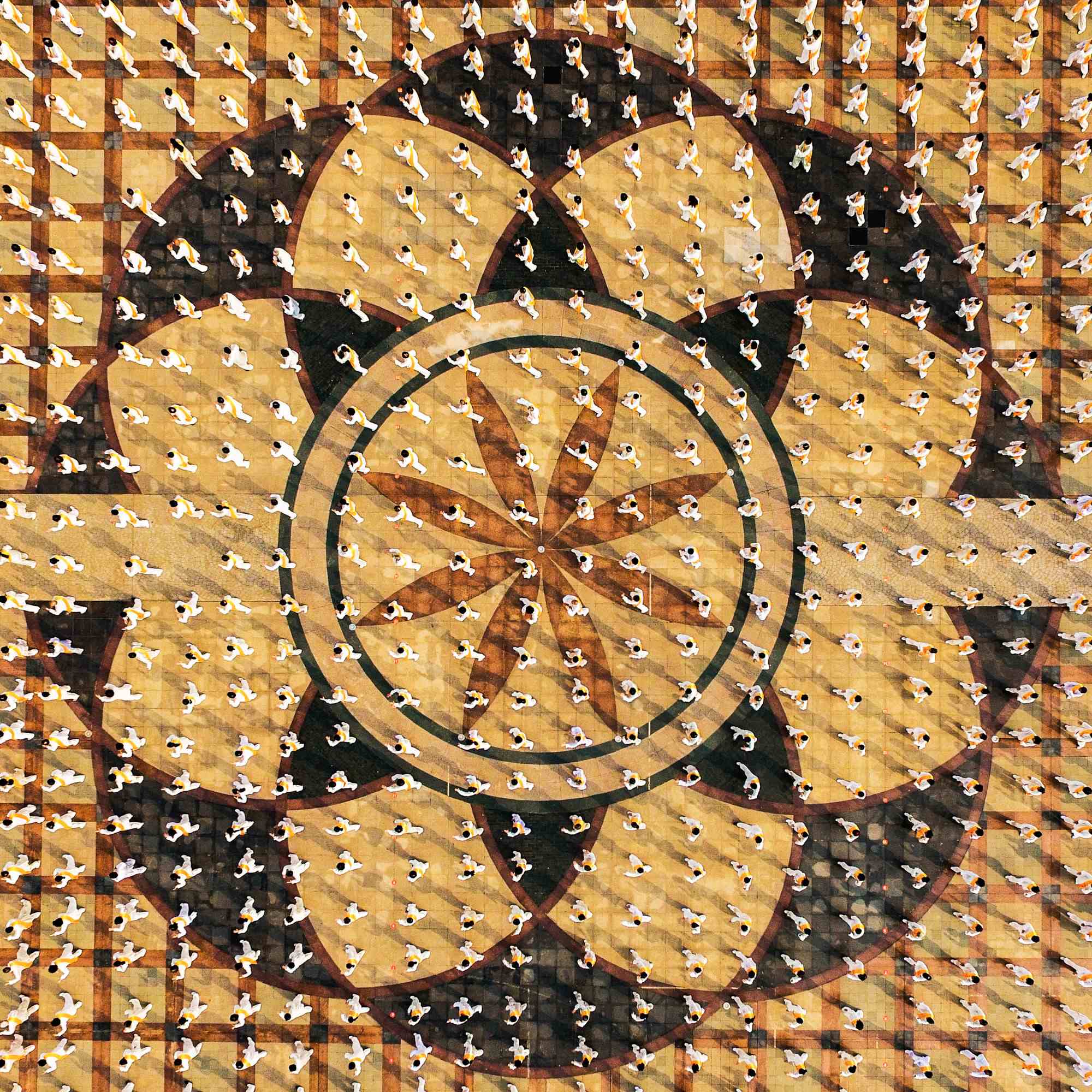 The award-winning "Tai Chi". /VCG Photo
In the stunning image, more than 1,300 people were captured practicing Tai Chi in Gong’s hometown, right beside the Yangtze River.
“It takes a few seconds to realize that there is more to this picture than what initially grabs our attention,” said Damien Demolder, Chair of the Open competition. “This isn’t just a bold pattern on a floor that’s decorated with white dots but a mass of uniformed athletes practicing synchronized Tai Chi. I love that sense of layering, especially as both the pattern of the floor and the carefully laid-out grid of humans are powerful elements in their own right. It’s very well done.”
Meanwhile, Gong was also awarded in the National Awards, a global program to find the best single photographs taken by local photographers in 66 countries on the same day.
Gong will now compete to win the prestigious Sony World Photography Awards’ Open Photographer of the Year title to be revealed on April 20 as well as 5,000 US dollars.
Whatever the result, “Tai Chi” will be displayed along with the other winning and shortlisted images in an exhibition at London’s landmark Somerset House from April 21 to May 7 and published in the annual winners’ book.
“I began taking photos at nine and I’m now crazy in love with an art form which has been the joy and inspiration of my life,” said Gong.
Copyright © 2017