CNNIC: 95% of China's Internet users can be mobile
TECH & SCI
By Gong Zhe

The China Internet Network Information Center (CNNIC) on Sunday released new statistics to show the changes in China's Internet usage in 2016. It turns out 95 percent of Chinese users access the Internet via mobile networks, and half of them tried offline payments with phone apps.
CNNIC's China Statistical Report on Internet Development is released on a yearly basis and shows the big picture of China's Internet. 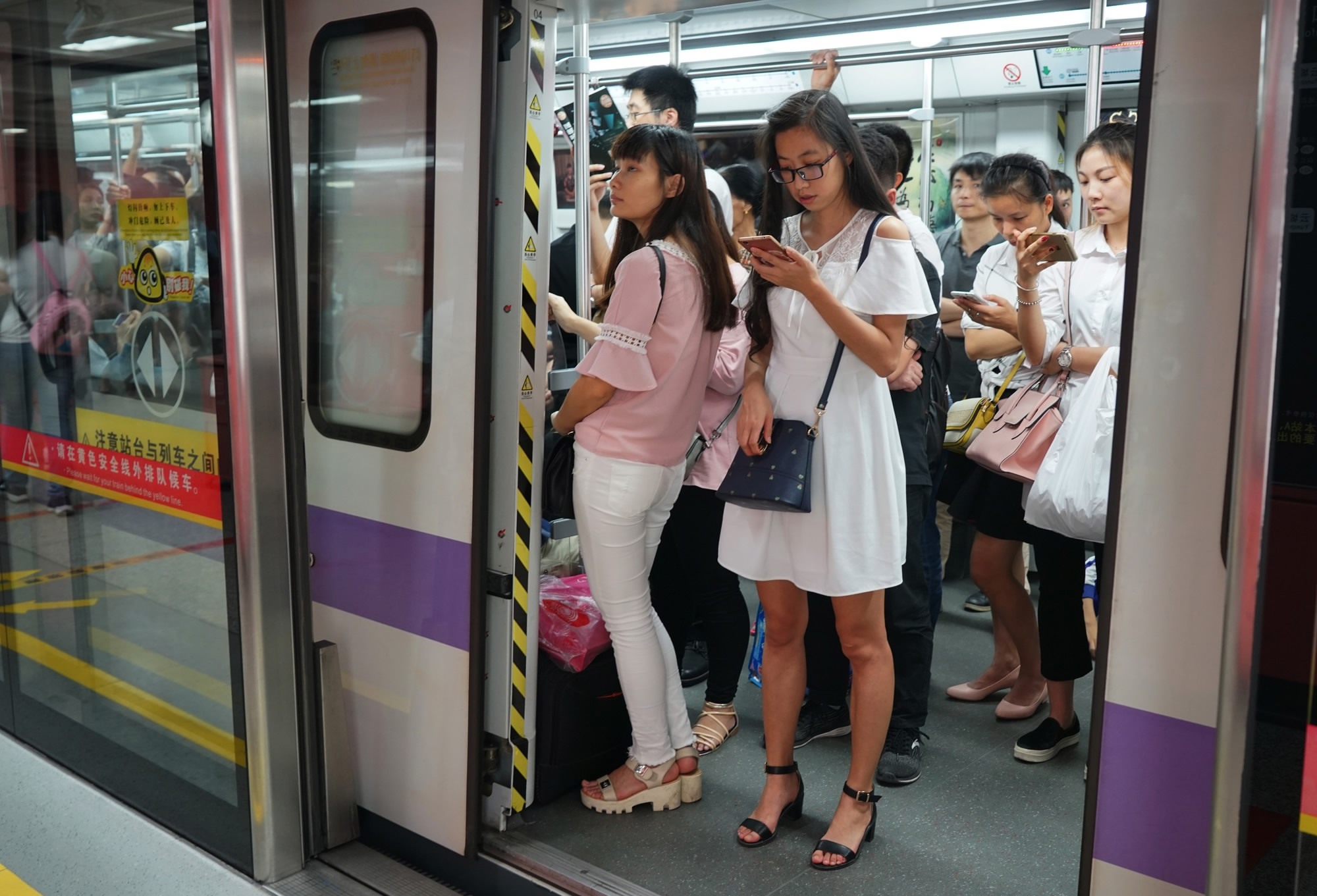 Metro passengers tweak their phones in southern China's Guangdong on November 17, 2016. /CFP Photo
According to the report, China now has more than 731 million netizens, which is a larger than the total population of Europe. A total 95.1 percent of these Internet users access their network through handsets, which is at least 30 percent higher than in 2013. The surge of smartphone users has brought China's Internet into the mobile age.
Mobile payment grew fast in 2016, with a 31.2 percent increase in the number of people paying with their phones compared with 2015. Offline payment with phone apps is becoming normal among Chinese netizens, as 50.3 percent of them have experienced the convenience. 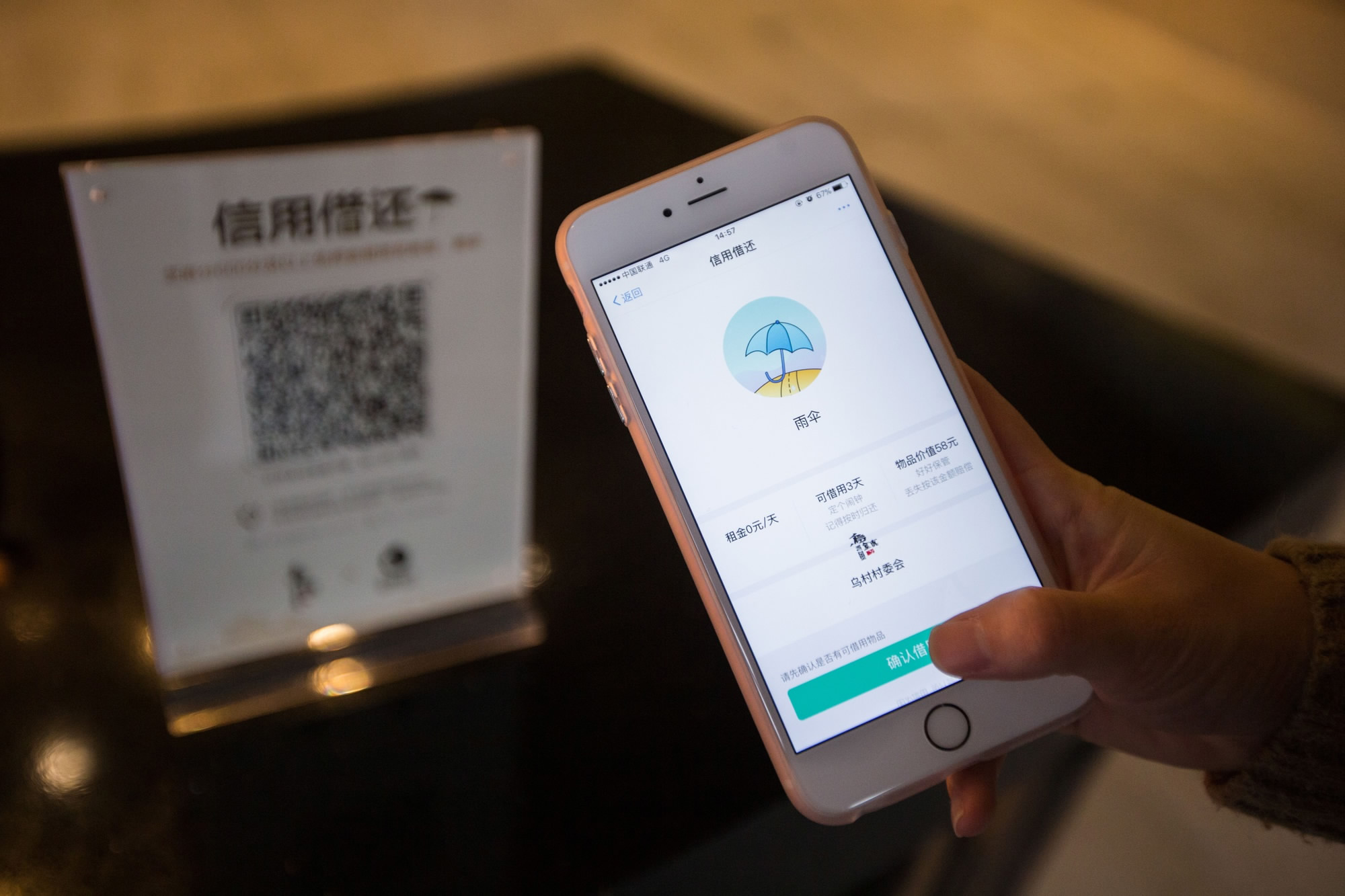 A Chinese netizen borrowing a umbrella with a smartphone in eastern China's Zhejiang on November 7, 2016. /CFP Photo
In the report, online car-hailing service has been set as a successful example of China's "Internet+" development. Some 168 million Chinese people used online services to get rides in 2016, 37.9 percent more than in 2015. 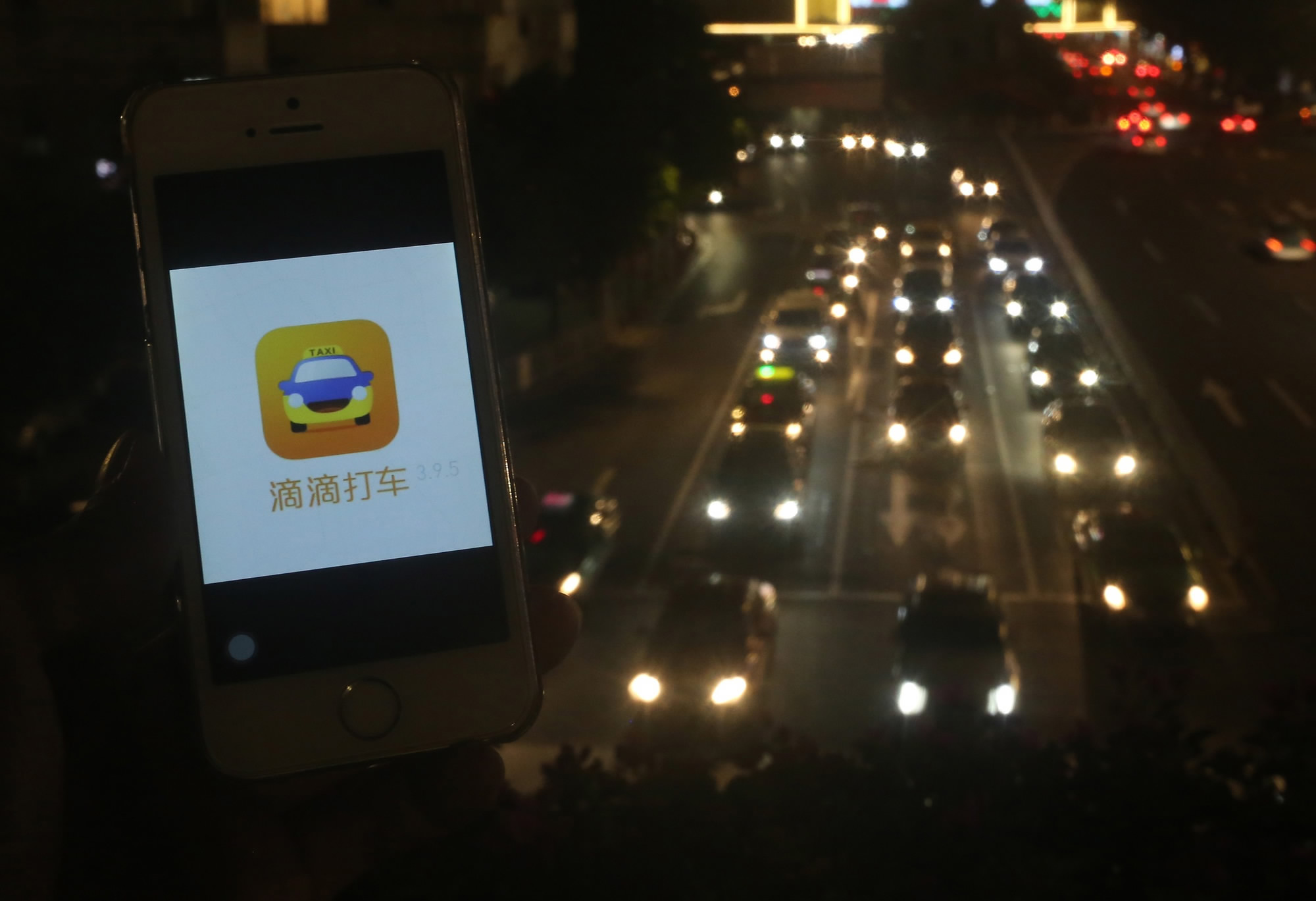 Didi Chuxing, a car-hailing mobile app in China, is seen on a smartphone's screen in southern China's Guangdong on October 14‍, 2016. /CFP Photo
The report also praised the Chinese government for actively adapting itself to Internet trends in 2016. Nearly one third of netizens in China received online governmental service in the year, which included urban service, information disclosure and emergency alerts and more.
Copyright © 2017