Gallup Poll: US impression of China most positive in three decades
SOCIAL
By Zhao Hong

By CGTN's Wang Siwen
A new survey suggests that many Americans' impressions of China are becoming increasingly favorable.
Earlier this month, US research firm Gallup telephone interviewed over 1,000 adults from all 50 states, and found that 50 percent of them had a favorable opinion of China, up from 44 percent in 2016. This represents the highest reading for this measure in Gallup trends since a 72 percent reading in February 1989. 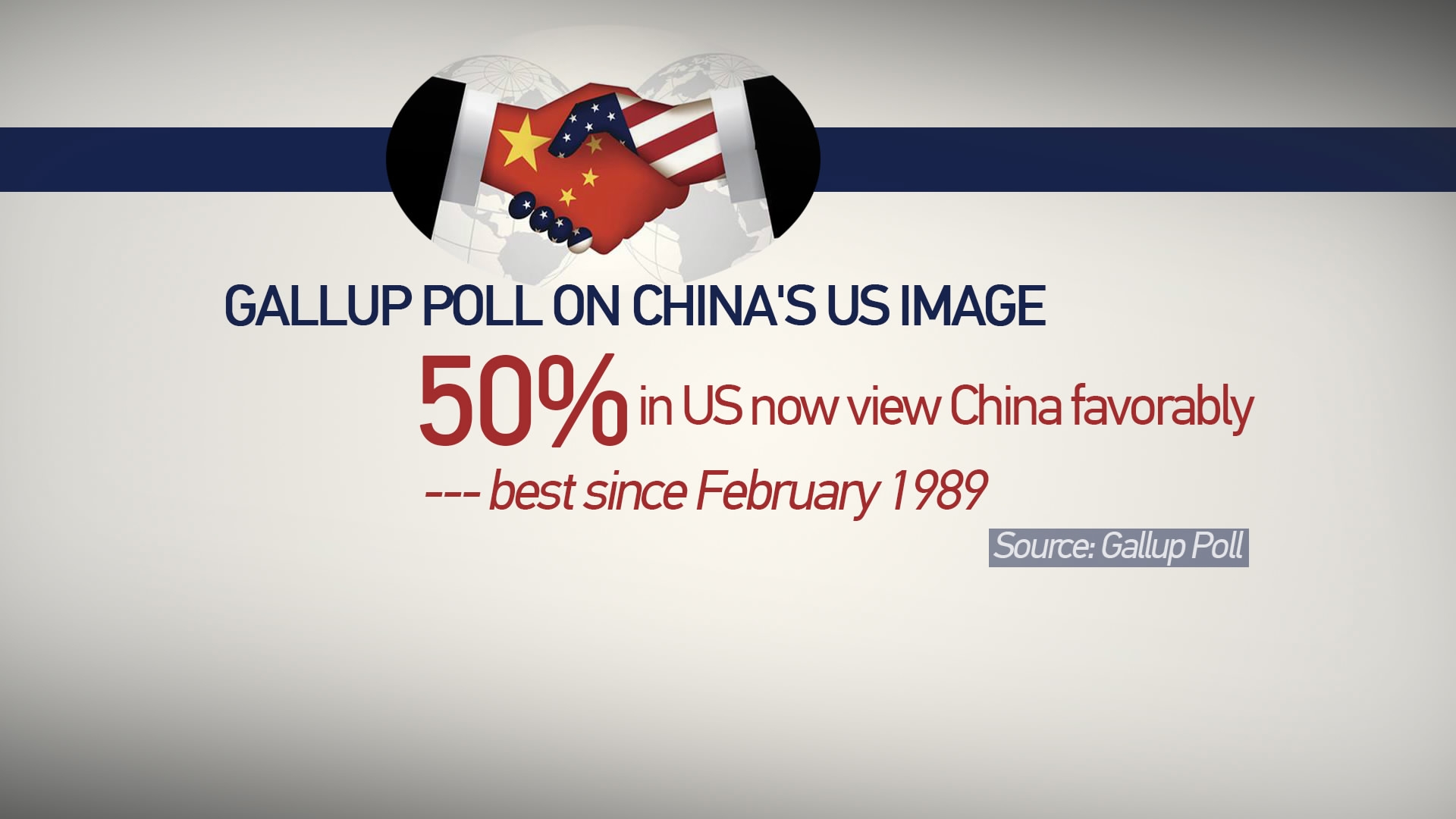 The six-percentage-point rise is explained by increases among both Democrats and Republicans. 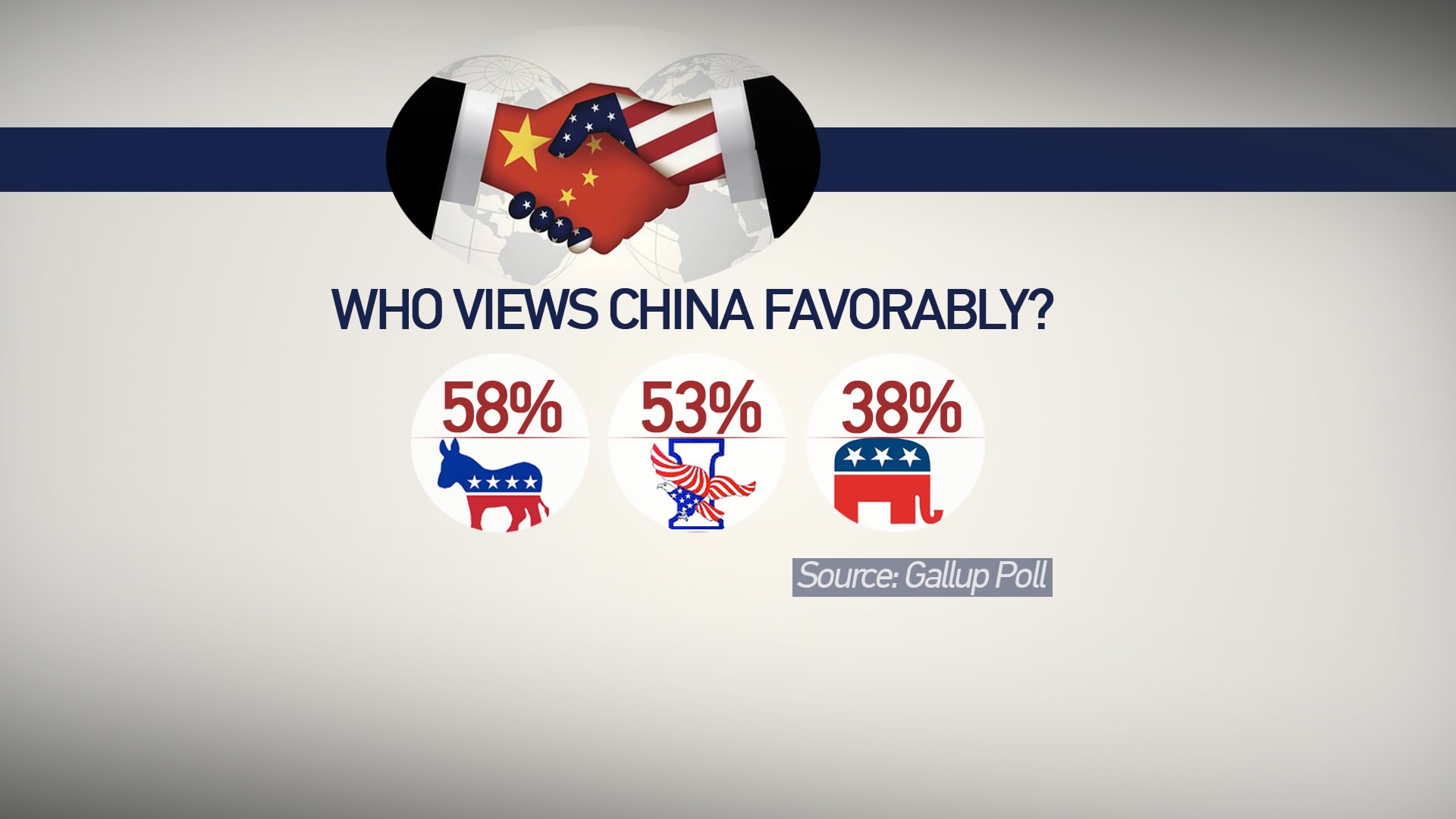 The poll found that Democrats and Independents view China far more favorably than Republicans do, while just 38 percent of Republicans view China favorably, which is nevertheless a 10 percent increase from 2016. ‍
Copyright © 2017