Billed as the most ambitious project in Kenya since gaining independence in 1963, the first section of the East African nation’s 13.8-billion-US-dollar railway will be launched at the end of this month.

The Standard Gauge Railway (SGR), under construction since October 2014, is part of a package of deals signed between Kenya and China in 2013.

On August 28, 2013, governments of Kenya, Uganda and Rwanda signed a tripartite agreement committing to fast track the development of the railway to their respective capital cities. South Sudan has since come on board as an interested stakeholder in the project. 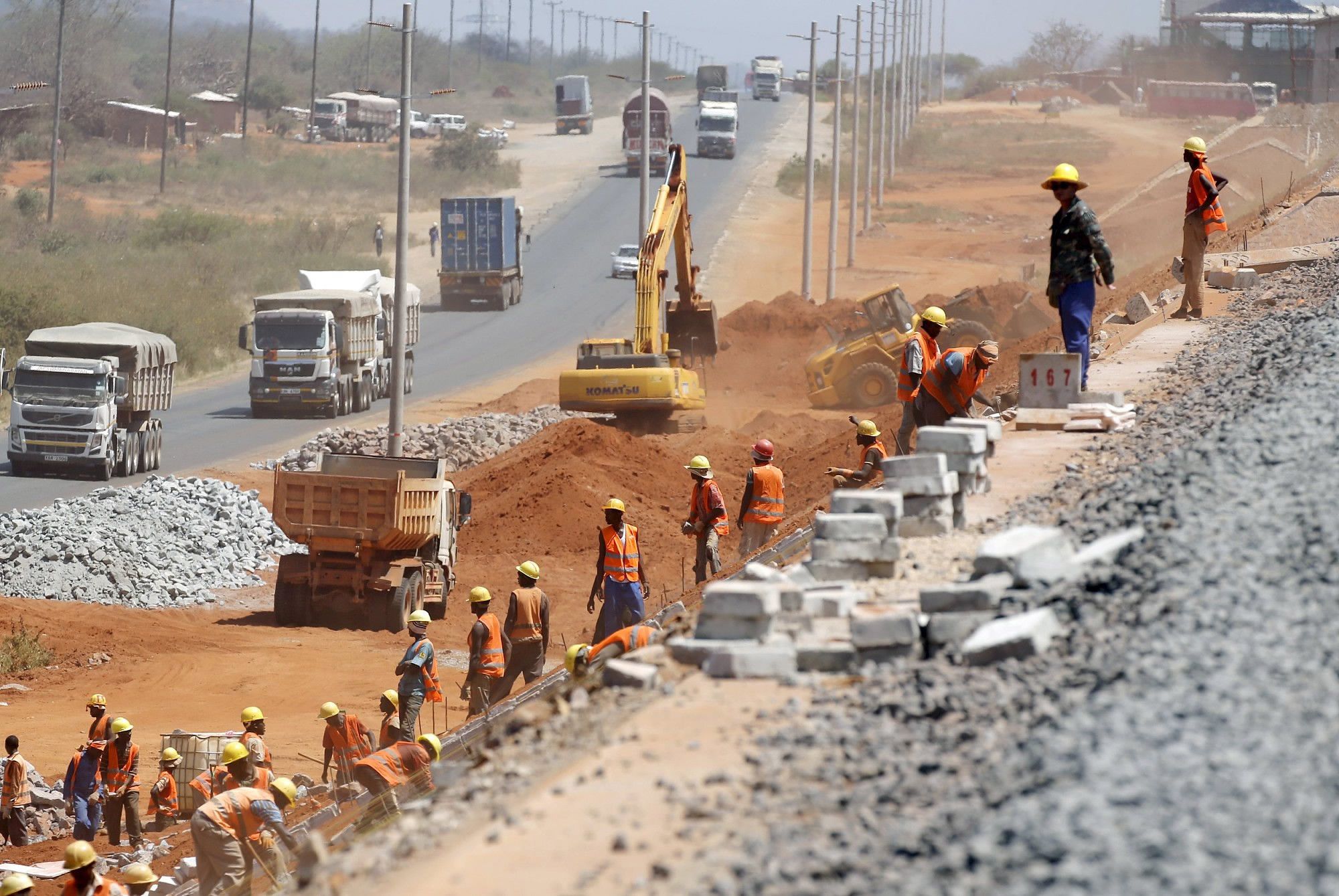 Construction workers work on the new SGR line near the Kenyan town of Voi on March 16, 2016. /CFP Photo

In August 2013, China promised Nairobi 425 billion Shillings (4.9 billion US dollars), of which 319 billion Shillings will be used for constructing the Mombasa-Nairobi section of the SGR project as well as buying wagons and locomotives.

The railway is being built by the state-owned China Road and Bridge Corporation (CRBC), and 90 percent of the ongoing development of the Mombasa-Nairobi section is being financed by the Export-Import Bank of China. 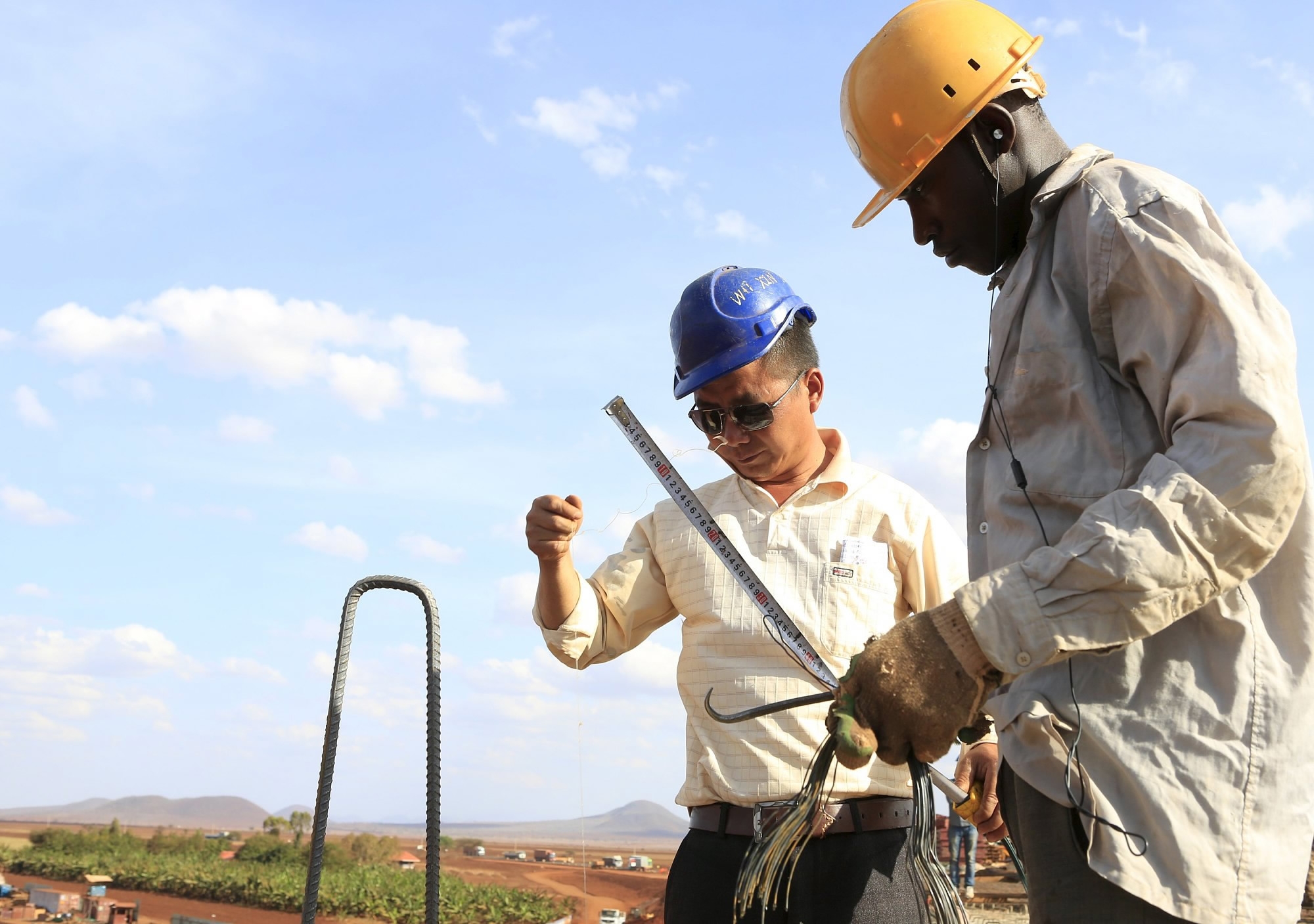 A Chinese construction engineer (L) works at a section of the Mombasa-Nairobi SGR at Emali in Kenya on October 10, 2015./CFP Photo

The first phase of the project is estimated to cost 327 billion Shillings (3.8 billion US dollars). The Export-Import Bank of China is financing the project after Kenya and China signed a financial agreement on May 11, 2014.

The bank's share of funding is 90 percent, while the government of Kenya is contributing with 10 percent.

It is hoped that the track will shorten the journey between the two cities from 12 hours to four hours.

Passenger trains will travel at a speed of 120km/h, and freight trains will be able to carry 25 million tons per year. 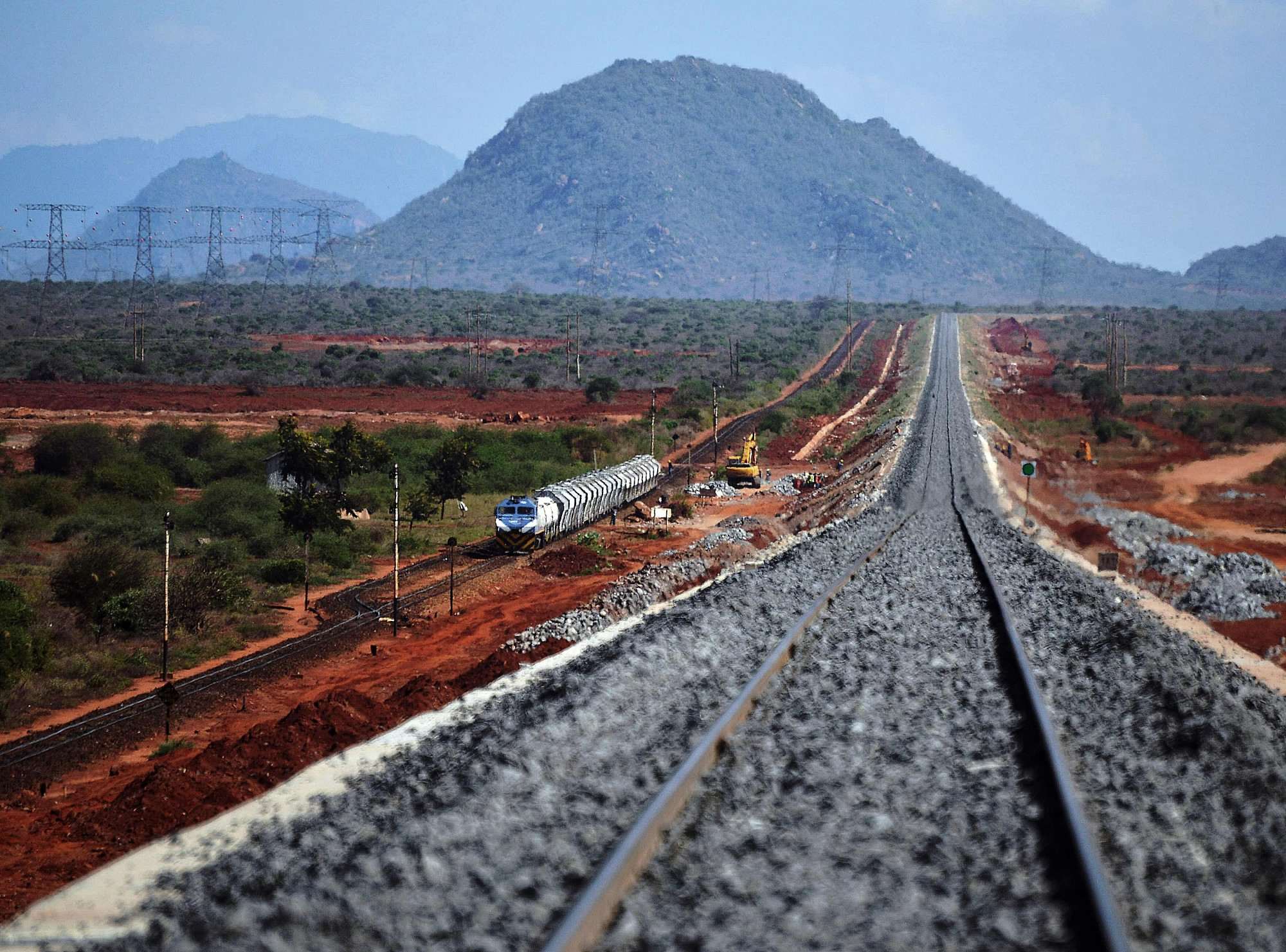 A locomotive hauling cargo car runs along an elevated section of the new SGR in Kenya near the town of Voi, located 332 km southeast of  Nairobi on March 16, 2016. /CFP Photo

The hope is that this new railway will reduce congestion on Kenya’s crowded road network and promote tourism.

The first phase is part of a much wider project by the East African Railway Master Plan which will link Mombasa with other major east African cities such as Kampala in Uganda, and Juba in South Sudan

The SGR is a flagship project under the Kenya Vision 2030 development agenda. It will simplify transport operations across the borders and reduce travel costs, as well as benefit the economies of Kenya and neighboring countries.