Two US strategic bombers conducted air force drills with South Korean fighter jets on Monday amid escalating tensions on the Korean Peninsula, said US Pacific Air Forces (PACAF) on Tuesday.
The B-1B Lancer bombers departed from the US Anderson air base in Guam and arrived over South Korea's eastern waters at about noon on Monday to join bilateral training missions with their counterparts from South Korea and Japan, a PACAF spokesperson said in a statement.
According to the statement, PACAF considered the operations as part of a routine, forward deployed capability supporting regional security and US allies in the Indo-Asia-Pacific region. It also said that the operations “are not related to any specific situation or nation.” 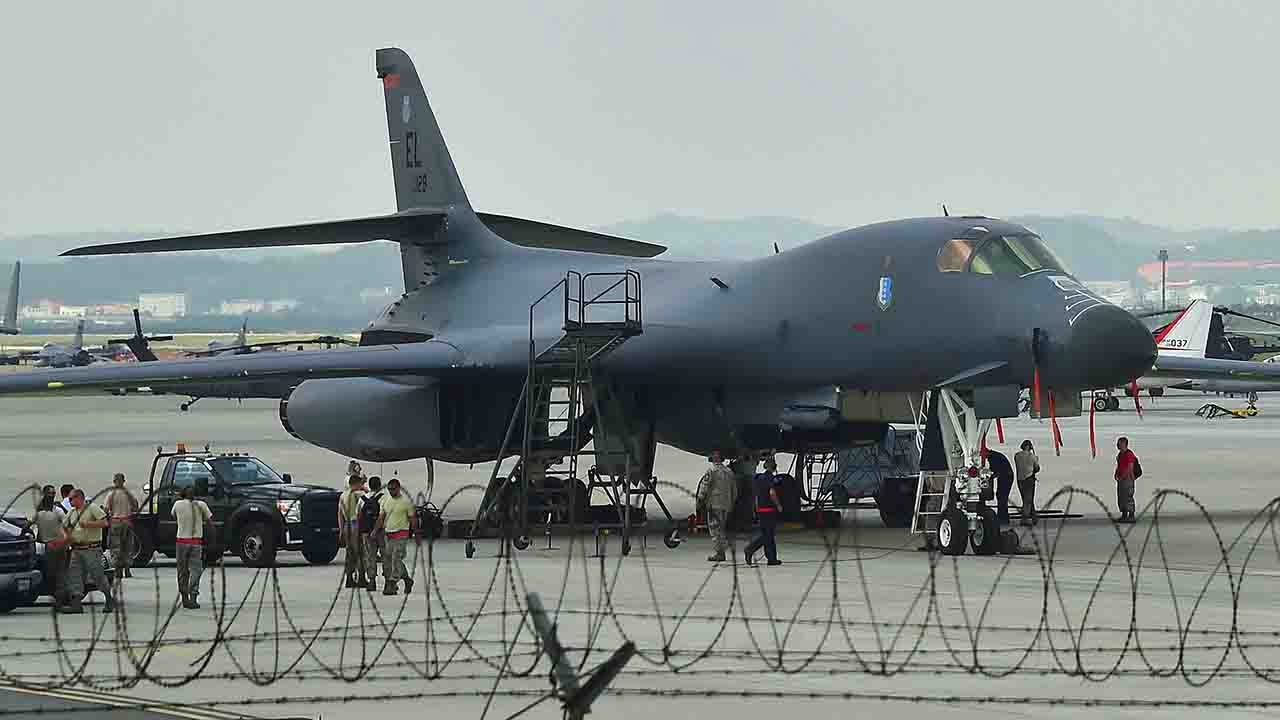 File photo of US Air Force B-1B Lancer strategic bomber /AFP Photo
However, Reuters, citing South Korean Defence Ministry spokesman Moon Sang-gyun, reported that the deployment of US bombers was part of efforts to cope with the threats from the Democratic People's Republic of Korea's nuclear and missile programs. Moon didn’t provide further information.
The PACAF statement came as the DPRK published a passage on the country’s official KCNA news agency, saying that the US “conducted a nuclear bomb dropping drill against the major objects of the DPRK in the sky” during Monday’s drill.
According to KCNA, that “reckless military provocation is pushing the situation on the Korean peninsula closer to the brink of nuclear war”.
The USS Carl Vinson, a US aircraft carrier, has been sailing in waters off the peninsula, and started a joint naval drill with the South Korean Navy in the Sea of Japan last Saturday.
China urged all parties involved to uphold the goal of realizing denuclearization on the peninsula through dialogue and consultation.
Copyright © 2017