Thinking of connectivity under the Belt and Road Initiative (BRI), the first things that come to mind are likely rail or air -- but not necessarily road logistics.
“Road logistics plays a vital role in the BRI, particularly in our neighboring countries,” said Zhang Hui, CEO of Yunmanman, in an exclusive interview with CGTN.
After six years working in Jack Ma’s Alibaba Group, Zhang started his own Internet plus logistics business in 2013. “A strong capability to take action is what I have learnt the most from my previous job,” he noted. 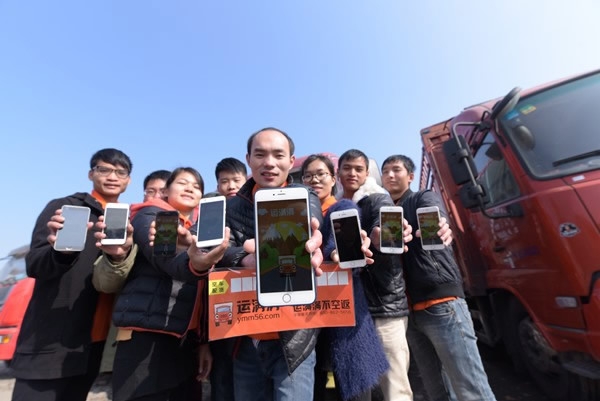 Marketing staff of Yunmanman. /Yunmanman Photo‍
Today, Zhang’s company Yunmanman (literally full loading) is China’s first and largest road freight dispatching platform based on cloud computing, big data, mobile Internet and artificial intelligence technology. There are some 850,000 goods owners and 3.9 million lorry owners registered on the platform, accounting for 95 percent and 78 percent of the domestic market, respectively. The app’s average monthly active user has now hit over 2.5 million.
Road logistics, in the 39-year-old’s eyes, is an ecological system with cutting-edge technology at its core. It contains three elements -- information flow plus logistics, credibility flow plus logistics, and data flow plus logistics.
“New technology can also influence the industry, such as a smart dispatching system based on big data, driverless cars -- especially when applied to lorries,” Zhang enthused.
Grasp the opportunity
00:00
00:00
CGTN video
The BRI entered public consciousness in 2013, when Chinese President Xi Jinping first proposed the idea in Kazakhstan. Chinese companies, big or small, keep a closer eye on possible business opportunities along the BRI countries, and vice versa. Yunmanman is no exception.

The app's monthly average active usership has now exceeded 2.5 million. /Yunmanman Photo‍
The company has promoted trans-border logistics in neighboring countries, launching Vietnamese, Arabian and Russian versions of its apps. Several digital driver posts in key places along the Belt and Road corridors have been set up to better meet drivers’ needs.
Besides, the company has nurtured deeper cooperation with trans-continental freight trains and several international airports to make logistics more efficient.
“Our company would like to make full advantage of our resources in improving connectivity in terms of infrastructure and trade,” Zhang said.
High expectations
00:00
00:00
CGTN video
The Belt and Road Forum for International Cooperation concluded in Beijing on May 15. More than 270 concrete results were achieved during the two-day summit, which 29 heads of state and government attended.
President Xi suggested promoting land, maritime, air and cyberspace connectivity during his opening speech at the Forum. 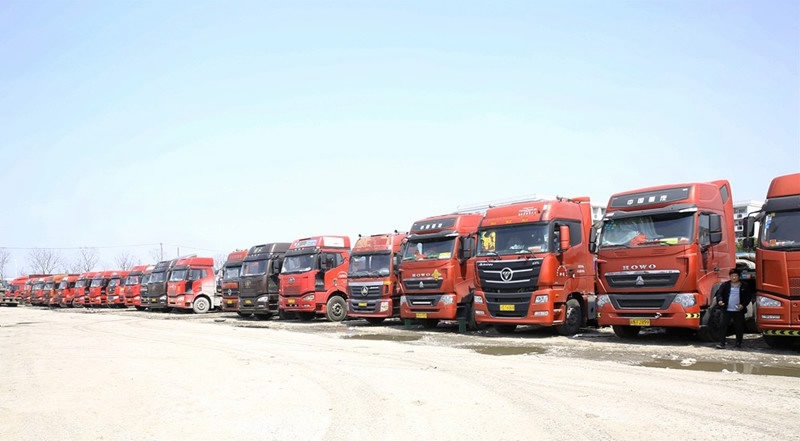 Some 3.9 million lorry owners have registered at Yunmanman's platform, accounting for 78 percent of the domestic market. /Yunmanman Photo‍
“I was inspired by what President Xi said,” Zhang noted. “I also hope that Chinese technological innovation will keep pushing our industry forward.”
“I believe innovation like big data, artificial intelligence and smart cities will bring a drastic change to the whole industry within years,” he continued.
‍Keeping advantages
00:00
00:00
CGTN video
“Making road logistics better” is the mission that Yunmanman has borne since day one.
“We are a mission-driven company,” Zhang claimed. “Unlike our counterparts, every move we make is driven by that mission.”
In order to pursue that goal, the company has improved the transparency of the system, made the process more standardized, and made the dispatching system more intelligent by using big data.
Standardized freight source information and transportation prices are among the efforts that Zhang and his team made to address the absence of regularization in the industry.
New technology, especially big data and artificial intelligence, is also key to Yunmanman’s growth as the company has over 100 staff working in big data.
“We attach great importance to new technology. This is our distinctive advantage,” Zhang added.
Copyright © 2017