Sport of a nation: Table tennis in China
REPORT
By Yan Qiong 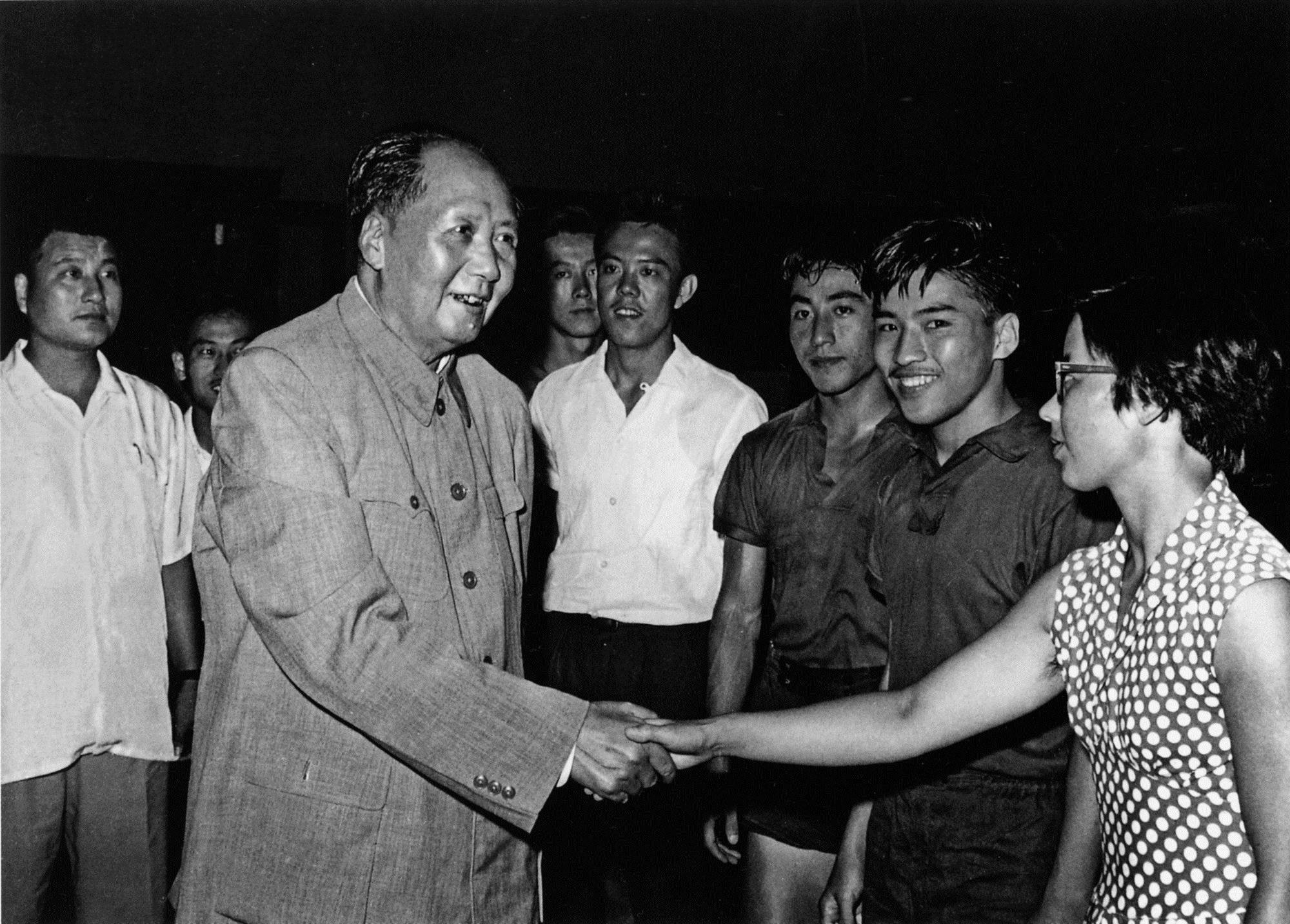 Chairman Mao Zedong meets famous Chinese table tennis players in 1962.
Table tennis was invented in the United Kingdom, the heart of modern capitalism, in the 19th century as an “after-dinner parlor game for the upper class” – few would have imagined that the game would enjoy huge popularity in socialist China one hundred years later.
EARLY YEARS: FROM UPPER CLASS TO PROLETARIAT
A Shanghai stationery shop owner is believed to have first brought the game to China from Japan in the early 20th century. China’s first “ping pong house” opened in Shanghai in 1916. At the time it was said that only “rich people could afford to play in it.” 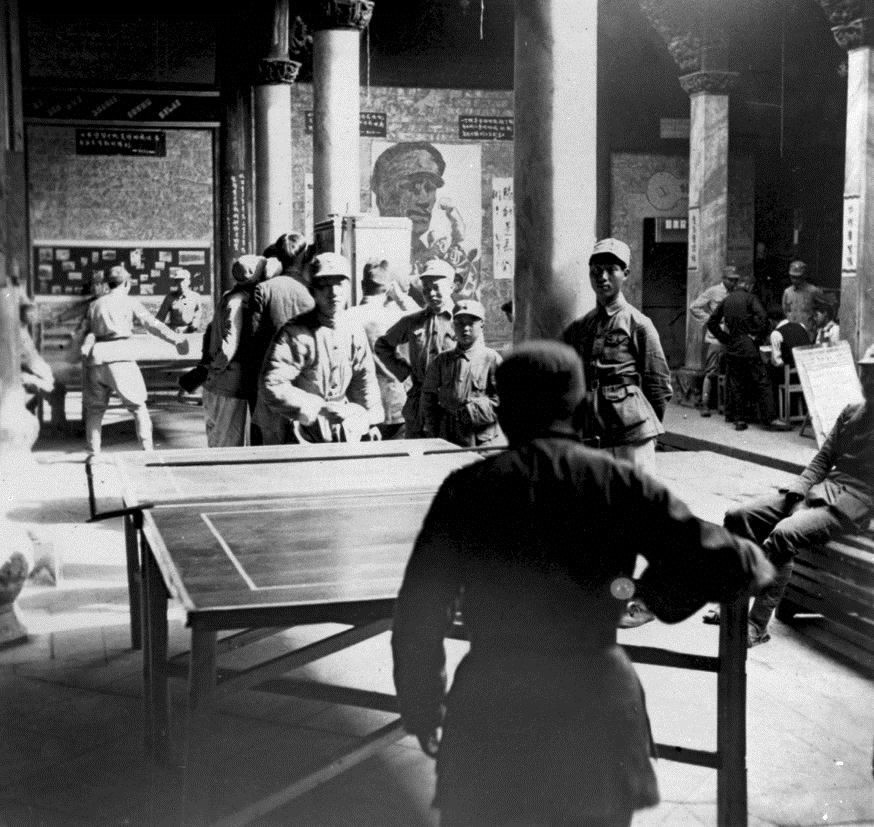 A ping pong contest held by the New Fourth Army. The unit was part of the National Revolutionary Army of the Republic of China established in 1937.
The sport was “bizarrely” popular among the Communist Party of China’s military forces in the 1930s, Edgar Snow, an American journalist, wrote in his book “Red Star Over China”. 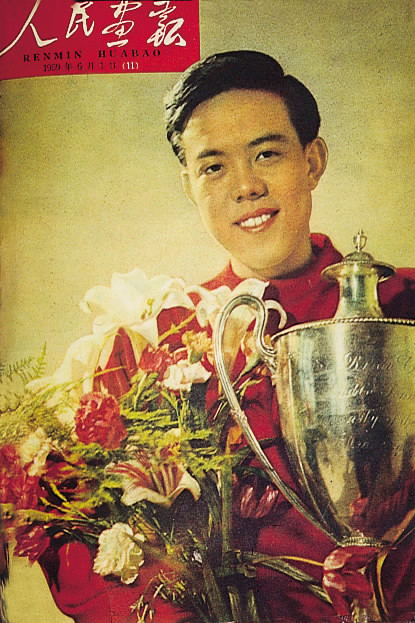 Rong Guotuan, a ping pong player and Chinese sporting hero, appeared on the cover of a 1959 issue of Renmin Huabao, or The People’s Pictorial.
The People’s Republic of China’s first table tennis world champion - and in fact its first world champion in any sport – was Rong Guotuan, who was crowned in 1959.
Born in Hong Kong in 1937, Rong and his family were forced to leave home in the face of the Japanese occupation of the territory and escaped to Guangdong in 1941.
At the age of 21, Rong won the national championship and became known across China. After winning the world championship title in 1959, his reputation soared across the globe.
Rong’s rise as a ping pong hero coincided with the growth in popularity of Chinese table tennis. But the Cultural Revolution (1966 - 1976) ended Rong’s career. Three years into the national chaos, he committed suicide.
1971: PING PONG DIPLOMACY 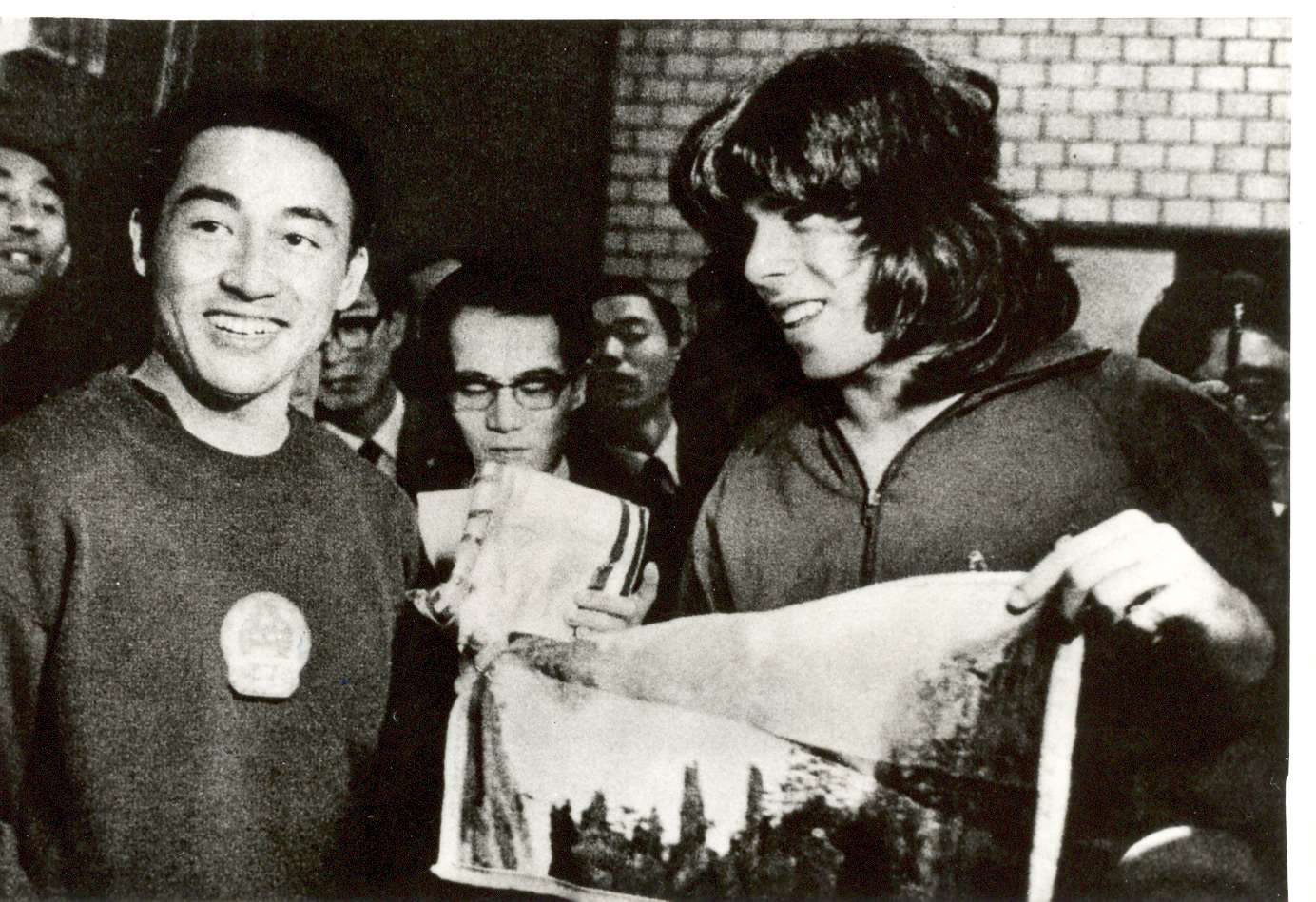 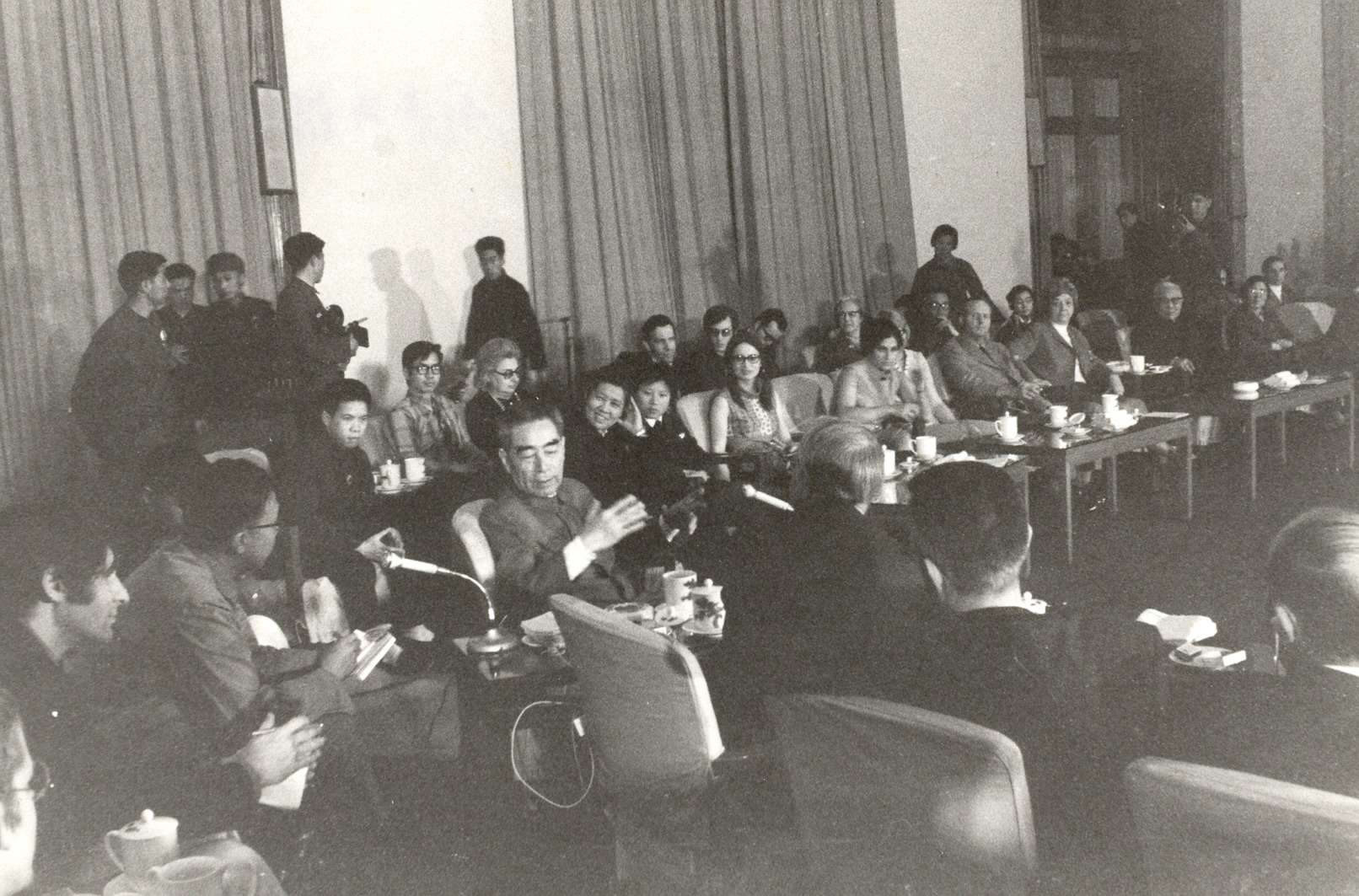 The then Chinese Premier Zhou Enlai meets the visiting United States table tennis team.
Against a backdrop of deteriorating relations between China and the Soviet Union in the 1970s, and rising tensions between Washington and Moscow, China and the US used ping pong as a conduit to improve ties.
On the invitation of the Chinese national team, 15 American players arrived in China on April 10, 1971 – the trip marked the beginning of a thaw in the two countries’ relations. It was soon followed by the visits of Henry Kissinger, US Secretary of State at the time, and then US President Richard Nixon in 1972.
FROM 1988 ONWARDS: OLYMPICS 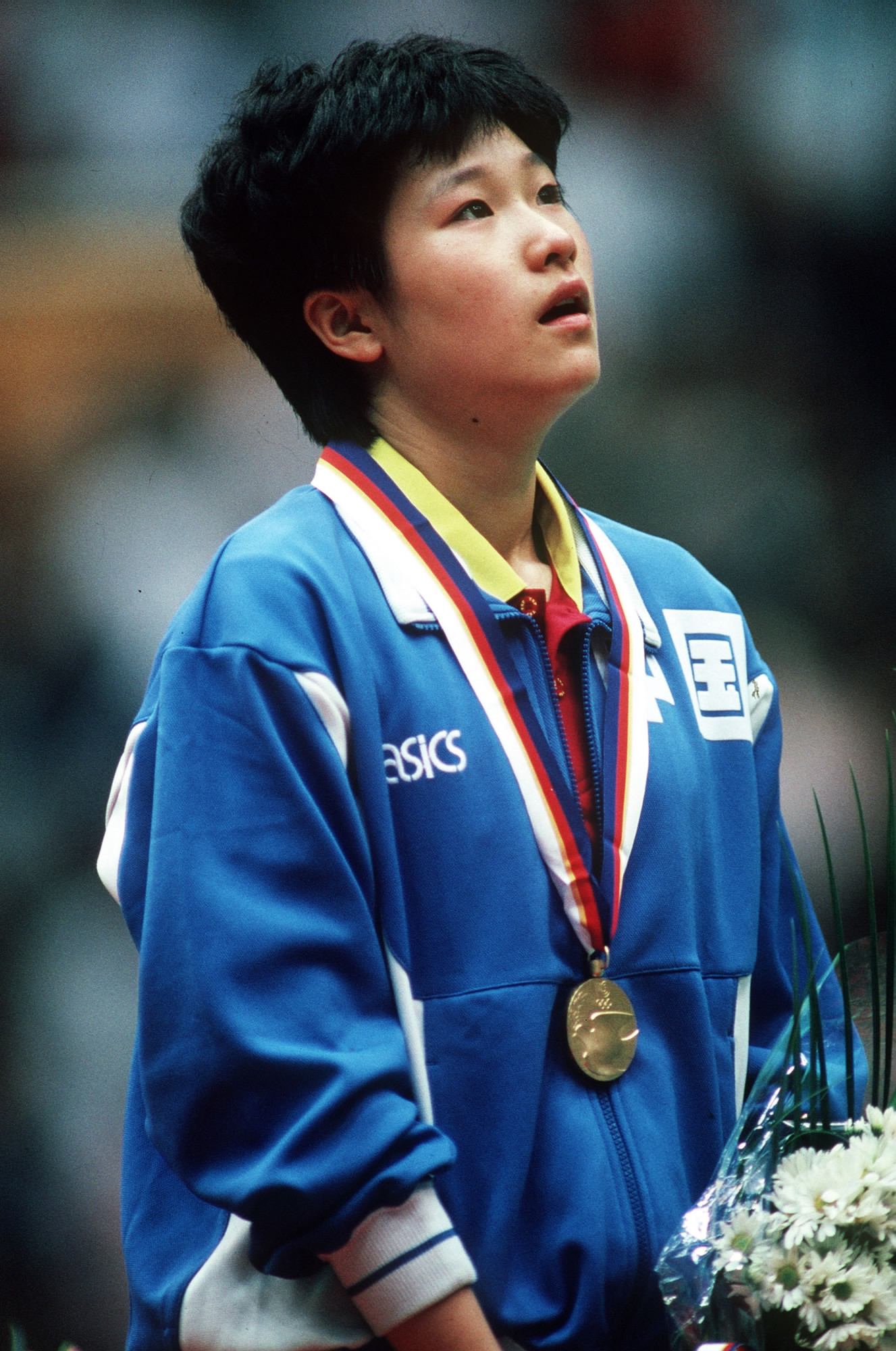 Chen Jing, Chinese ping pong contestant at the Seoul Olympics, receives a gold medal after winning the women’s singles title in South Korea, 1988.
In the years following the Cultural Revolution, China’s table tennis team grew into a major force in the world. But it developed into a ping pong superpower only after the game made its Olympic debut in 1988 in Seoul, South Korea.
China won five gold medals at the 24th Summer Olympics, and two were for table tennis. Of the 28 Olympic ping pong gold medals awarded from 1988 to 2012, China has won 24. 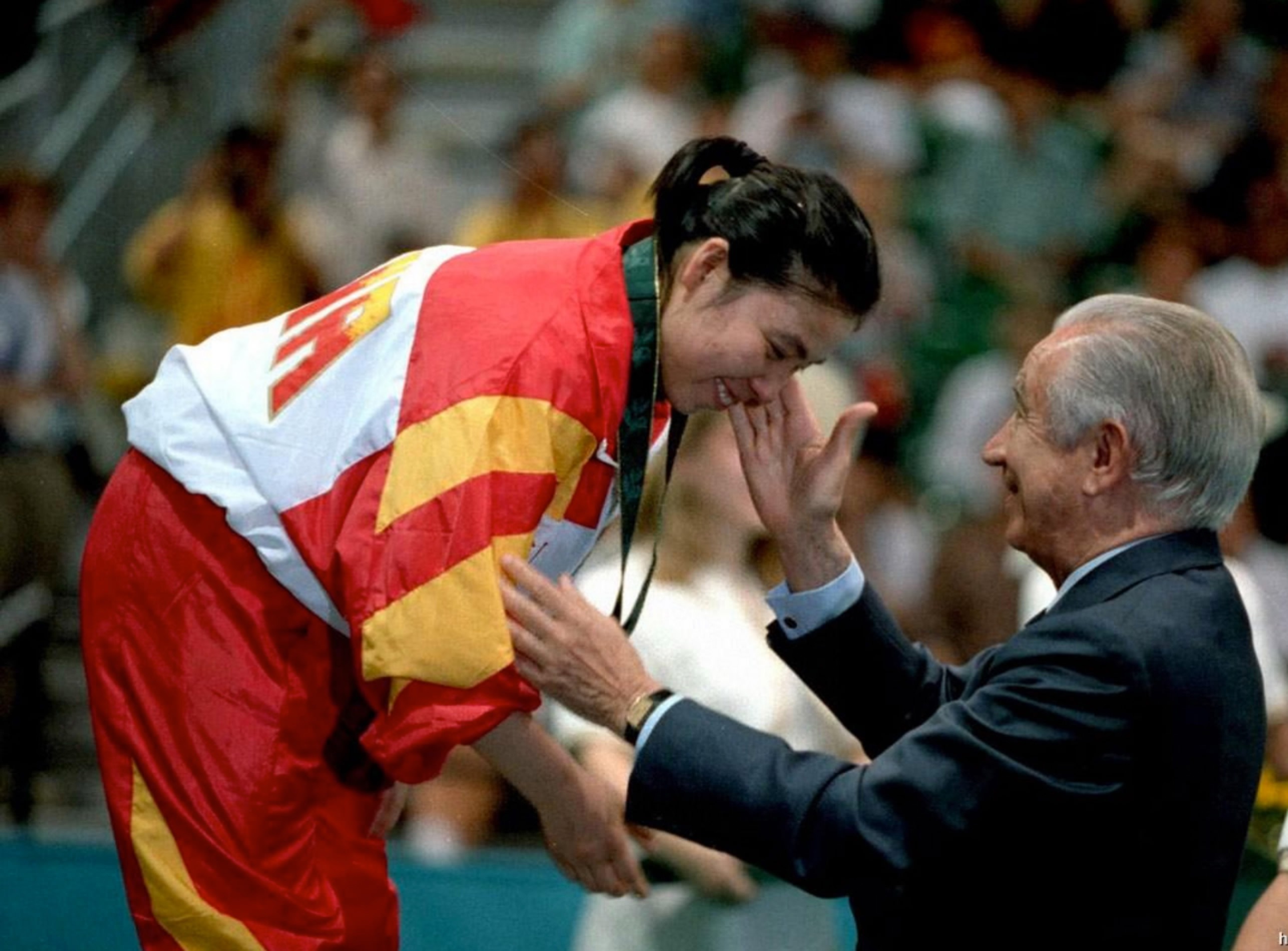 Juan Antonio Samaranch, late president of the International Olympic Committee, pats the face of Deng Yaping, a famous Chinese table tennis player, after presenting her with the women’s singles gold medal at the Olympics in Atlanta, 1996. 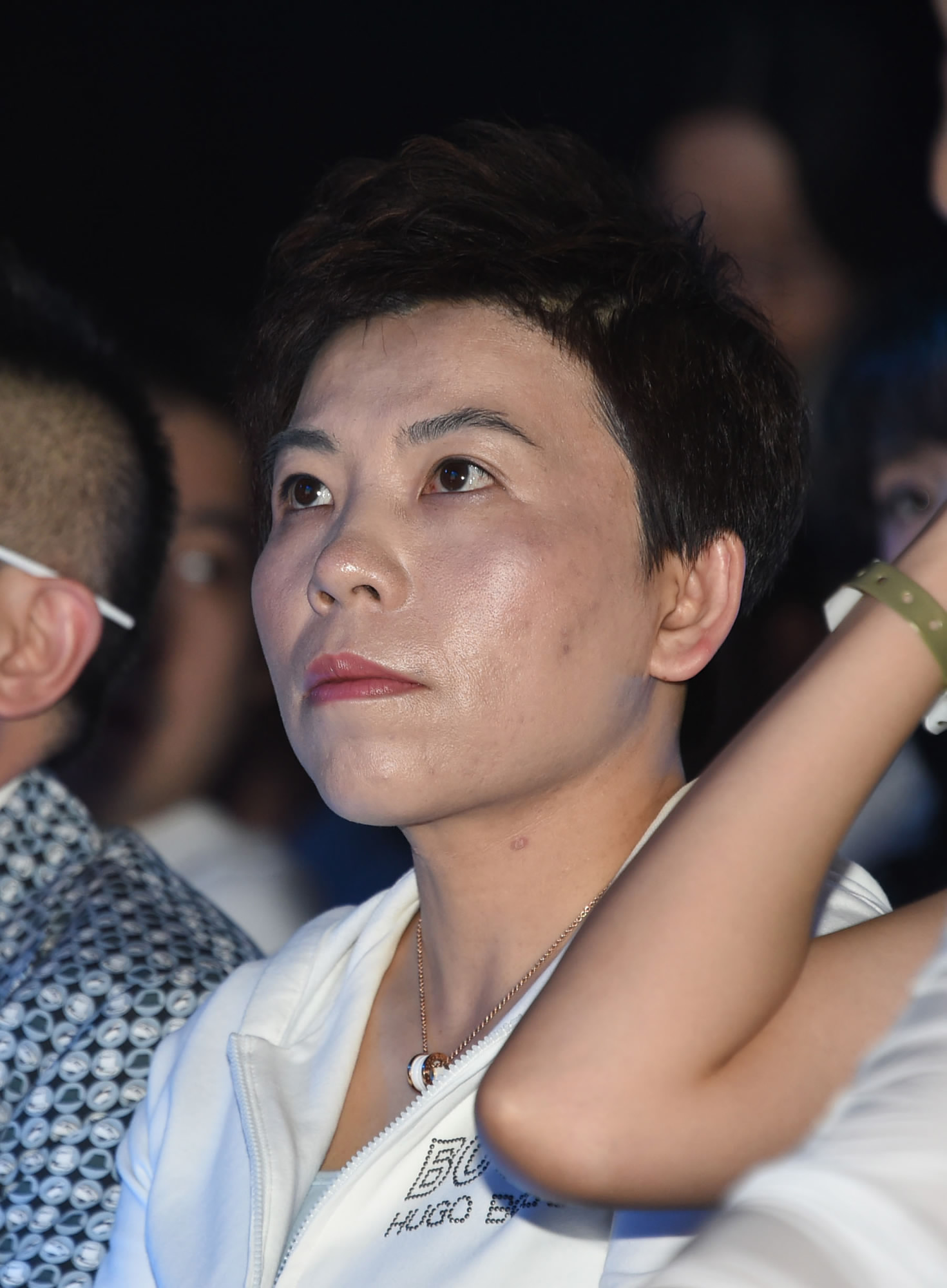 Deng Yaping, on April 20, 2016
The Chinese domination of international ping pong continued in the 1990s, and featured the rise of Deng Yaping, arguably the best-known Chinese table tennis gold medalist both domestically and internationally.
Her Olympic supremacy in the women’s game began in Barcelona 1992 and stretched to Atlanta 1996 – she won gold medals in all four competitions she entered.
Deng became active in Chinese politics following her retirement from table tennis, and has more recently been involved in a venture capital business. 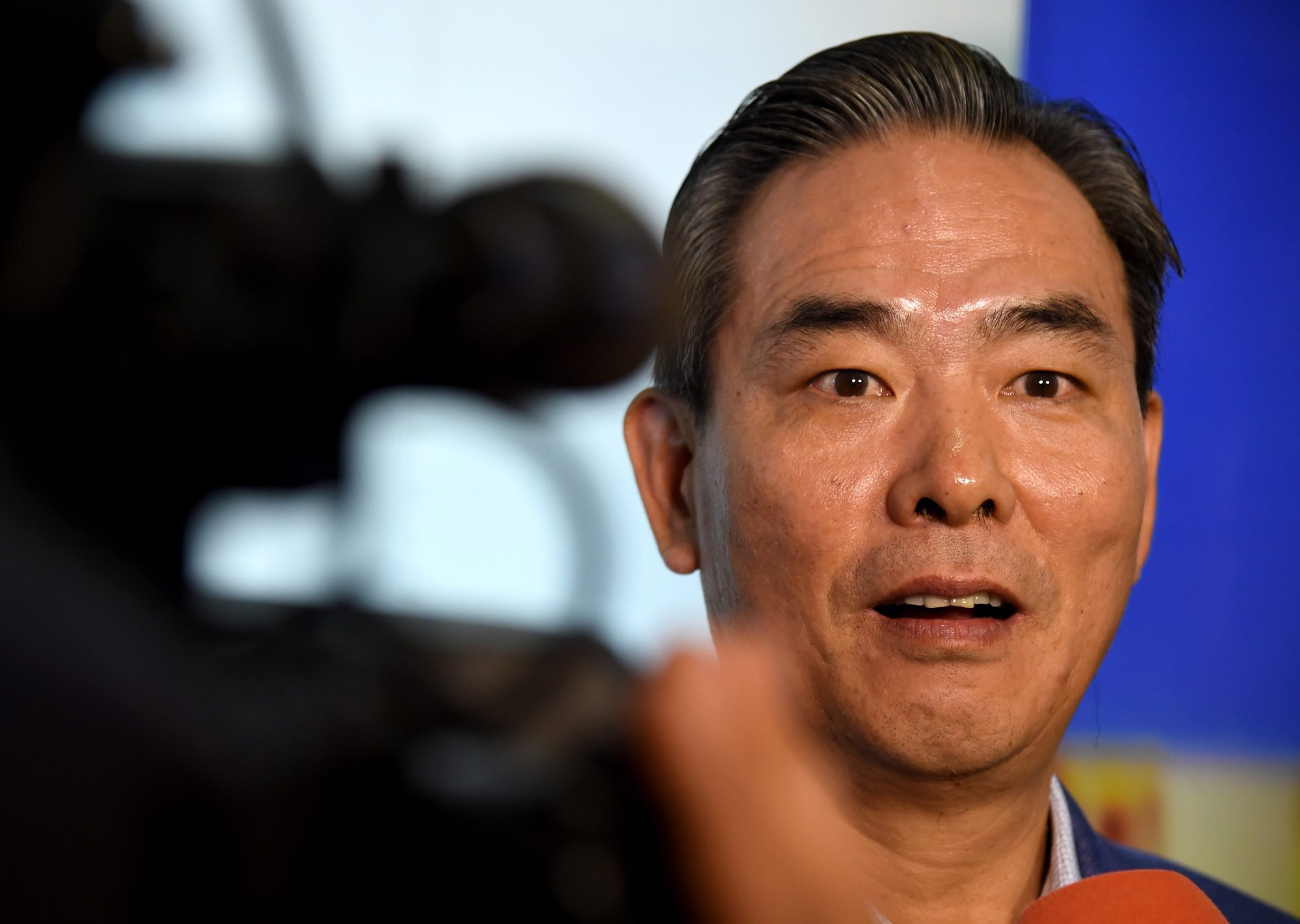 Cai Zhenhua, former table tennis player and coach, now in his 50s, sits behind the wheel of Chinese football.
And Deng is not the only prominent Chinese table tennis player to have a successful career after putting down their bat. Cai Zhenhua, who was a world champion and top coach, now chairs China’s Football Association, shouldering the mission of revitalizing Chinese football.
Chinese players are still the defending champions in all the Olympic table tennis events (from the Beijing Olympics in 2008, all ping pong double’s games were replaced by a team game).
On May 20, the International Table Tennis Federation announced the list of Chinese qualifiers for Rio 2016.
Will they succeed in defending Chinese glory?
Copyright © 2017