By CGTN's Han Peng
Seven of the world's busiest container terminals are in China but now, one of them is completely void of workers. The eastern port of Qingdao is home to Asia's first fully-automated port, Qingdao New Qianwan Automatic Container Terminal, a change which is likely to revolutionize the global shipping business. 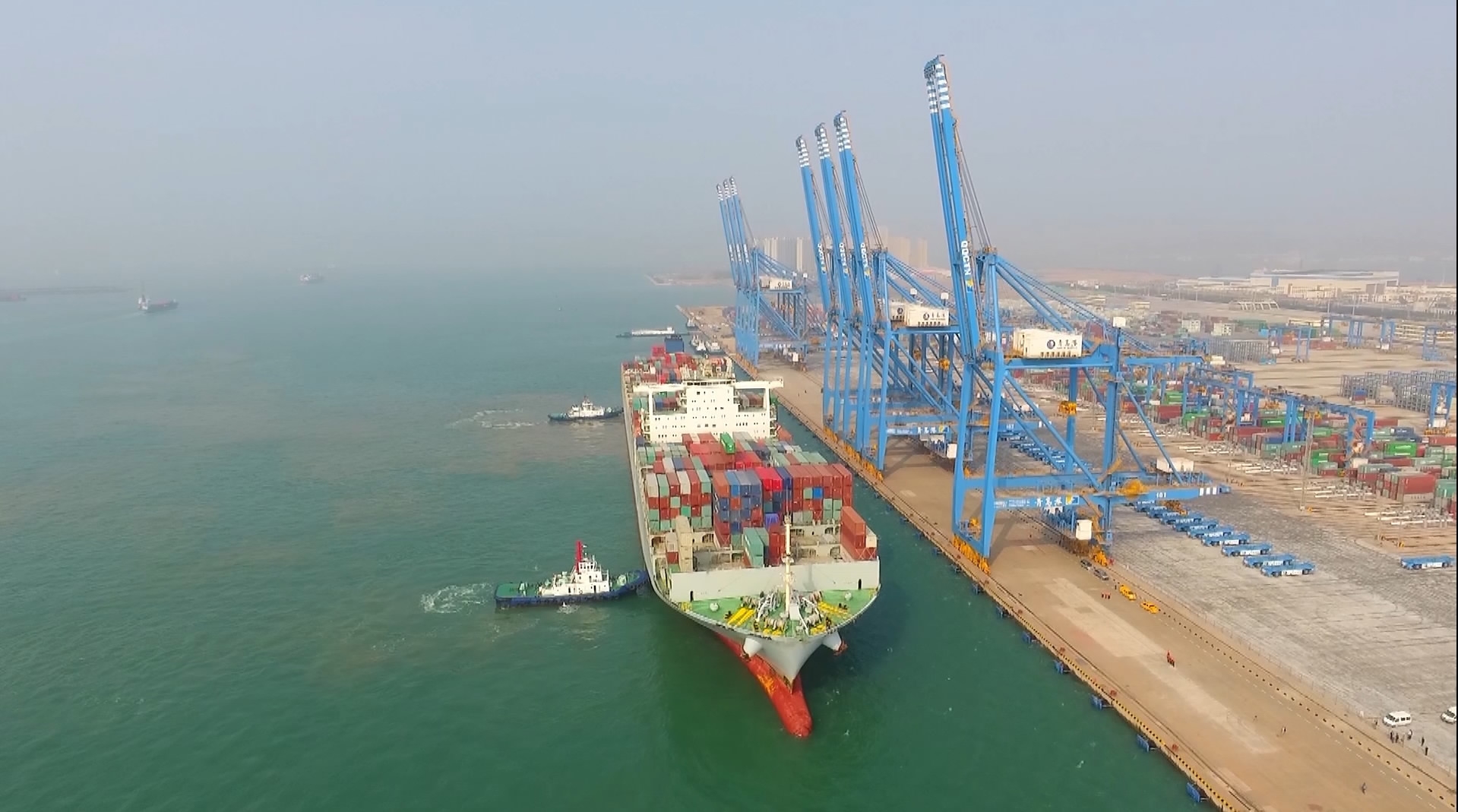 Qingdao New Qianwan Automatic Container Terminal /CGTN Photo
Qingdao residents call the terminal, which began operations Thursday, a "ghost port." CGTN visited the terminal at midnight, and found no workers in sight. Machines and trucks were busy moving on their own in the darkness, as containers were being unloaded 24/7 from a giant cargo ship.
"It's all controlled by artificial intelligence," said Yang Jiemin, who is in charge of technological support. "Through laser scanning and positioning, the program is able to locate the four corners of each container. It then accurately grabs them and puts them onto the driverless trucks. That's why it's able to work in complete darkness. 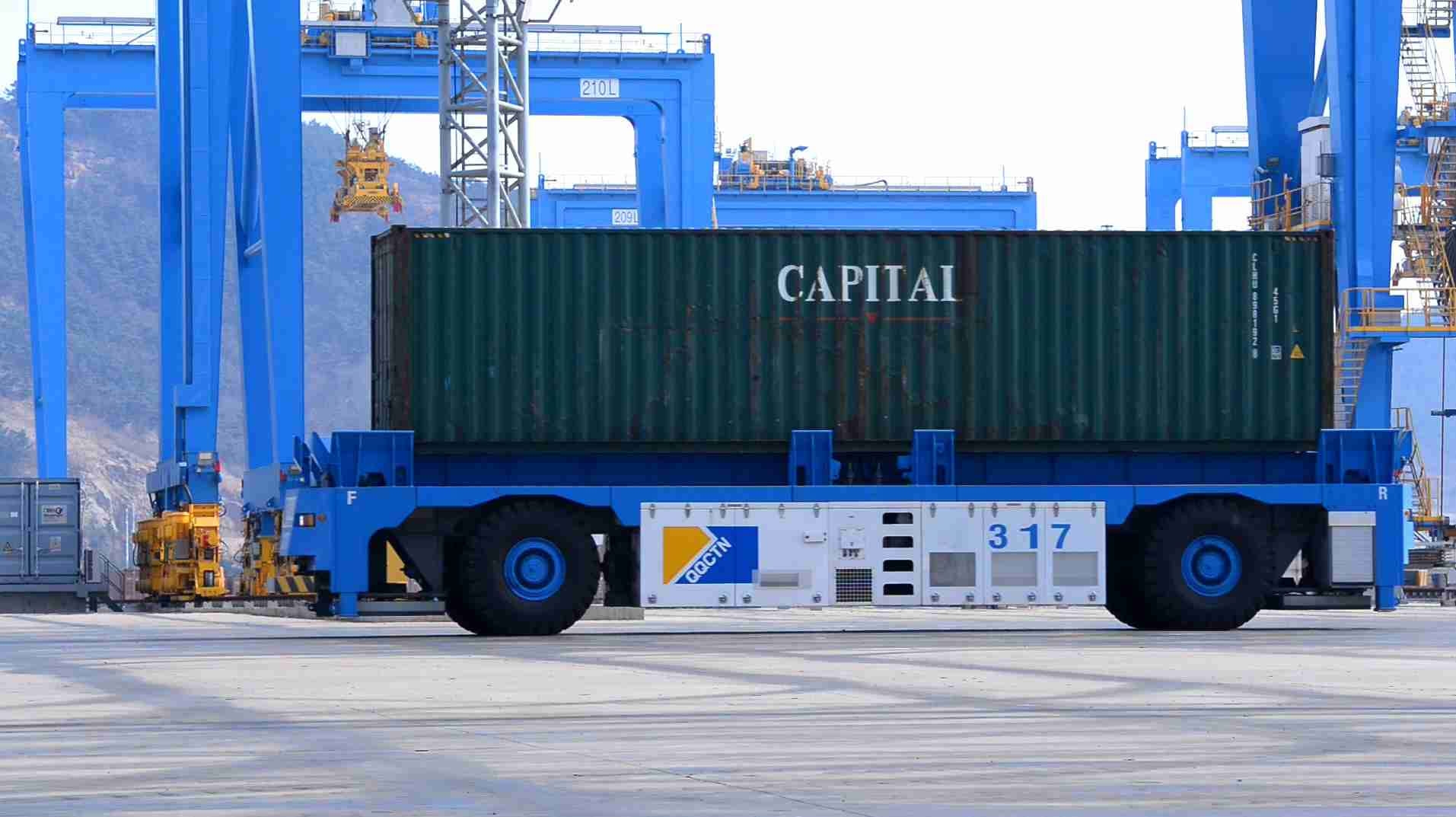 Autopilot trucks, guided by artificial intelligence, carry the containers to designated areas. /CGTN Photo
These smart autopilot trucks, driven by electricity, have their routes and tasks under digital control. They even know when it's time to go for a recharge.
The days of high labor costs and bottlenecks at the port's entrance are now a thing of the past.
"Labor costs have been reduced by 70 percent because of this automatic terminal, while efficiency increased by 30 percent, because we can work at night," Zhang Liangang, general manager of the Qingdao New Qianwan Container Terminal illustrated.
He said it used to take about 60 workers to unload a cargo ship, but the automatic port requires only nine.
What's more, the upgrade has essentially changed it from a blue collar task into a white collar one. Workers used to operate the machines in sky-high cranes, but now much of the work has been left to a computer in the office.
"China speed" is also a key factor in the project's cost efficiency. It only took three years for the terminal to be built up from scratch. 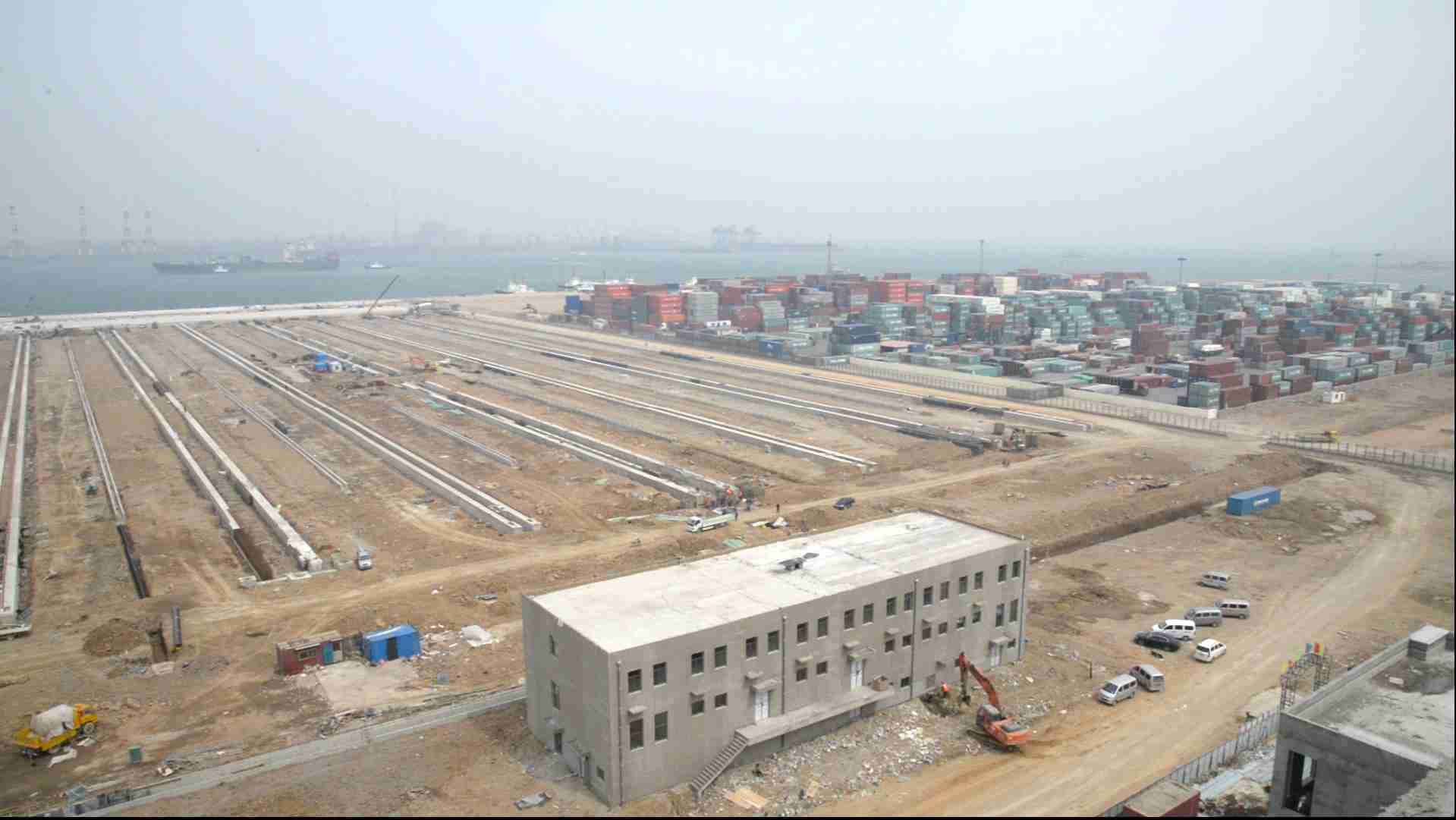 Construction of the automatic terminal commenced three years ago. /CGTN Photo
Cheng Xinnong, president of the Qingdao Port Group said that before this project, the world's fastest construction took some 10 years to complete, but the market may well have changed after such a long time. "The three-year time-span significantly reduces the risk for investment, which makes it feasible to replicate in other cities," Cheng added.
At present, China is building a similar terminal in Shanghai, and much more is expected to come along the 21st Century Maritime Silk Road in the very near future.
544km
Copyright © 2017