‍Guest commentary by Frank Sun
The lunar Chinese New Year is a time for food, just like festivals and celebrations the world over, but hidden within the dishes we share in China there are expressions of symbolism. Many of them are homophones or homonyms for the Chinese language itself - expressions of prosperity, good fortune and mostly hope for a good life.
Fish is one of the best examples of a food that sounds like an expression of desired prosperity. In Chinese, the word for fish (鱼“yu”) sounds exactly like the word for “leftover” or “surplus”; Chinese like the idea of surplus as it signifies a life of abundance and prosperity. The fish is normally served as the last course of a Chinese New Year dinner, and symbolizes good fortune and surplus for the lunar year about to begin. 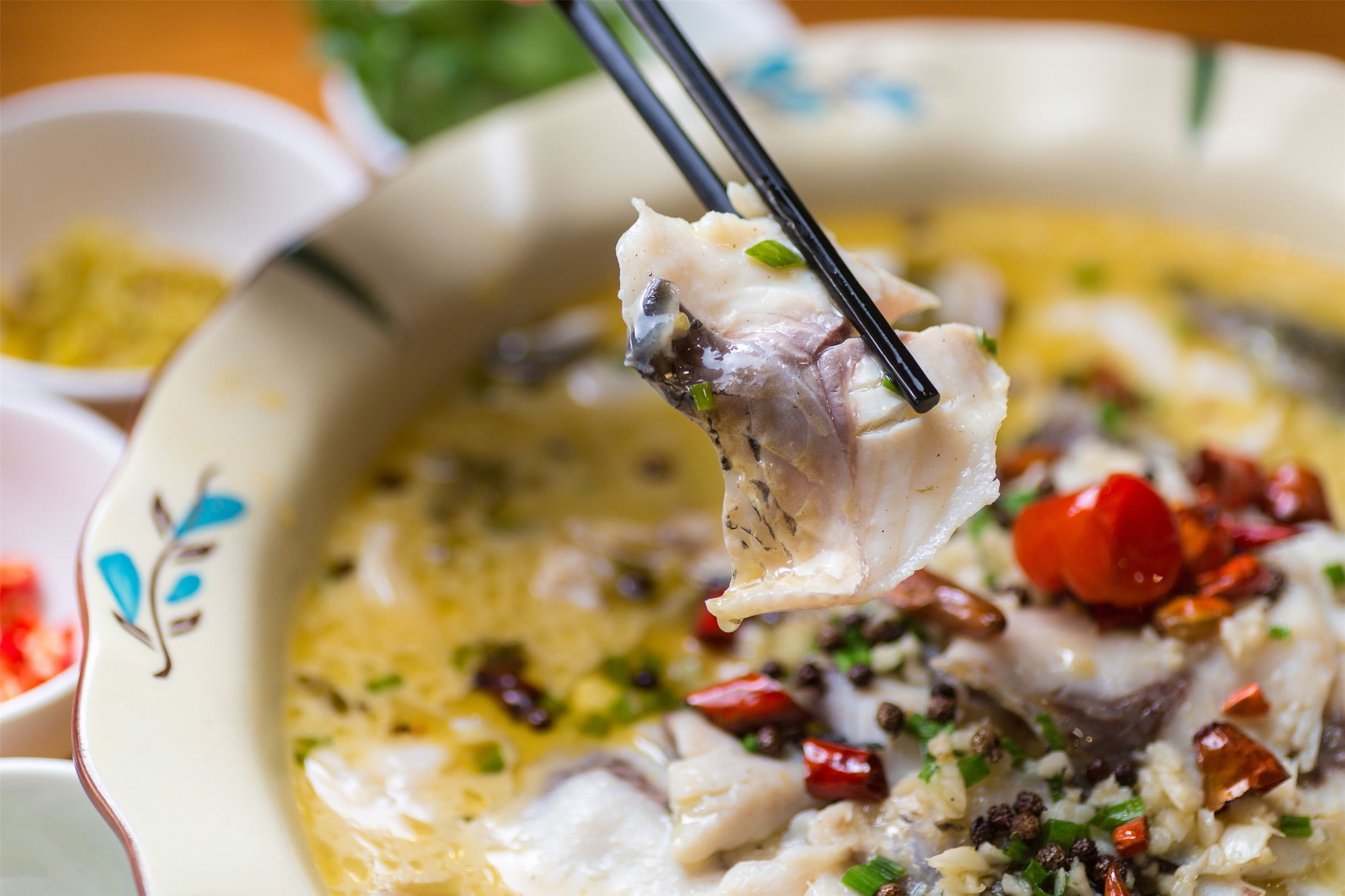 Fish with Chinese Sauerkraut. /CFP Photo
I could never forget all those mornings on December 8 of the Chinese lunar calendar where that huge vat of the “Eight Precious Congee” (腊八粥) mysteriously appears on that small charcoal stove, as though someone waved a magic wand and it just came out of nowhere. The entire household would share this sweetened concoction that has exactly eight ingredients until the beginning of the lunar New Year.
It has been years since I had my grandmother’s “Eight Precious Congee”, every year around the beginning of lunar December, I always think about this vat of congee: the smell, the flavors and the texture remain vivid in my memory. To this day I still look for that perfect bowl of “Eight Precious Congee”, but I have yet to find it. 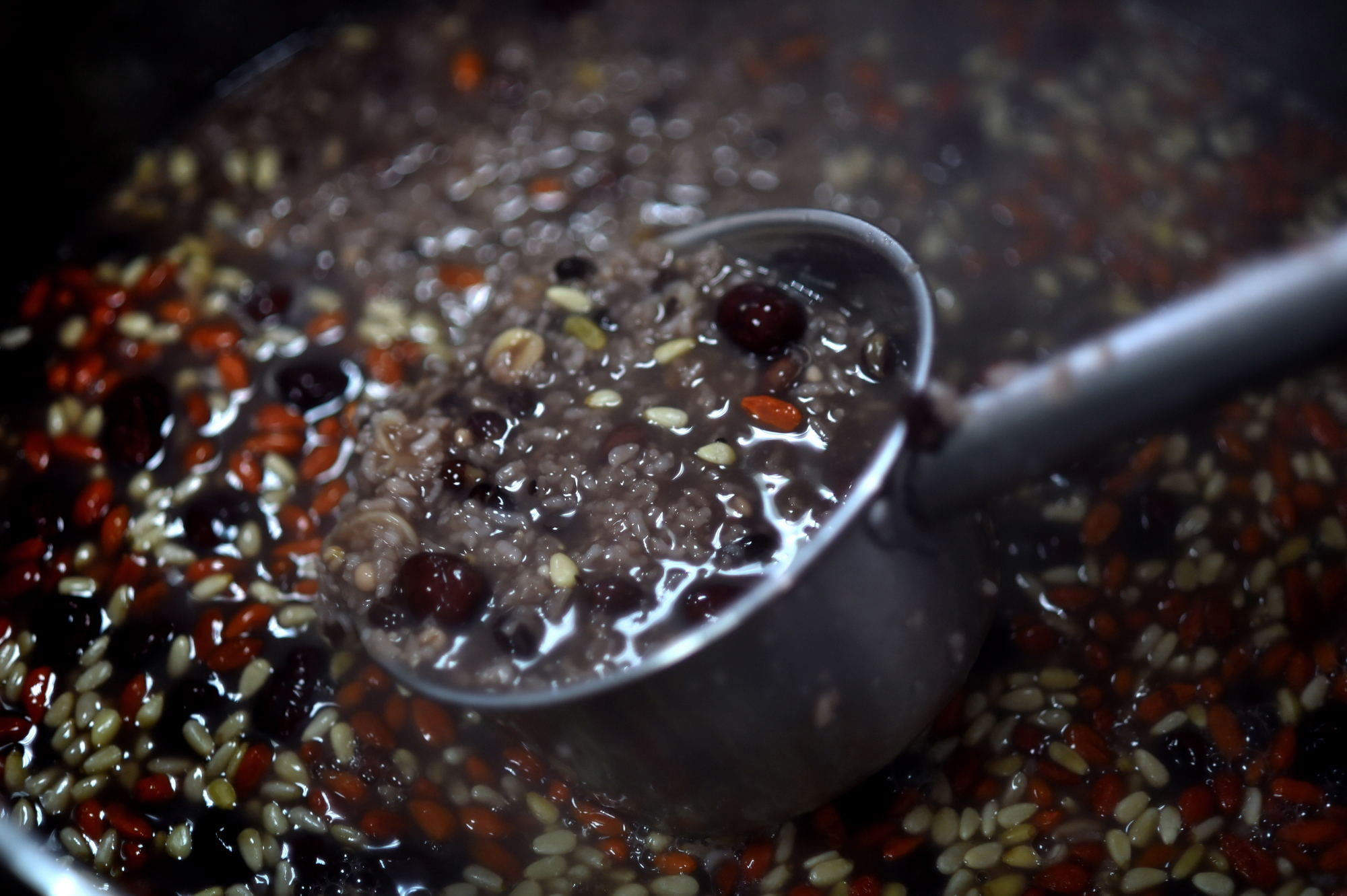 A bowl of "Eight Precious Congee." /CFP Photo
On the lunar January 15, the last day of the New Year celebrations, when the moon is full for the first time, glutinous rice balls are served. These rice balls are usually made with sweet stuffing such as red bean paste, crushed peanuts, sesame paste and sometimes a meat stuffing. The rice balls, looking exactly like the full moon, are known as the “four precious” (四喜) rice dumplings.
The proper name for the glutinous rice balls is “Tangyuan” (汤圆) which is a homonym for “getting together”(团圆) and the number four signifies the four directions of the universe. As a kid, I loved the deep fried rice balls much more than the boiled ones, especially when the stuffing popped out as the dumplings were cooked. 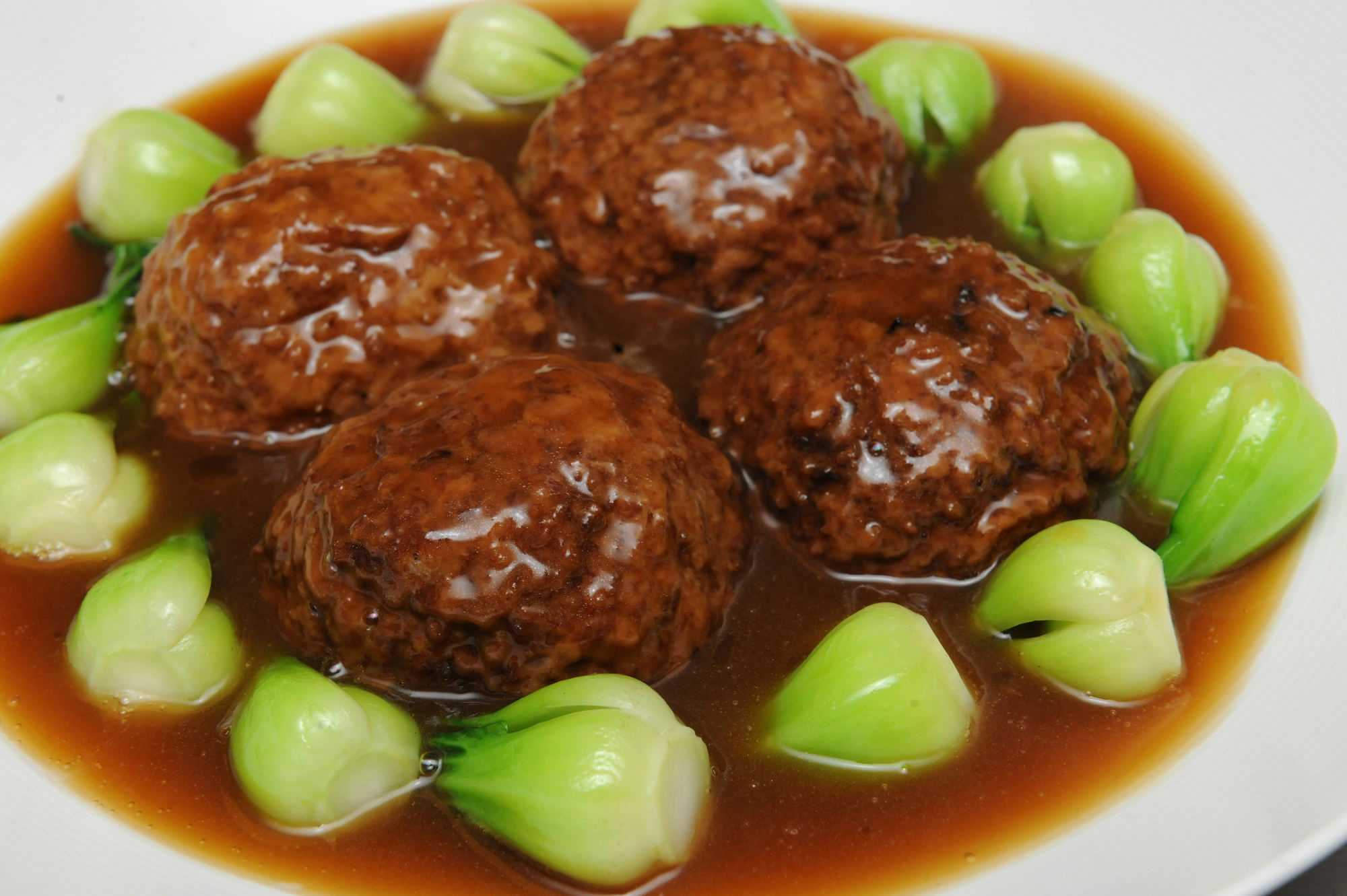 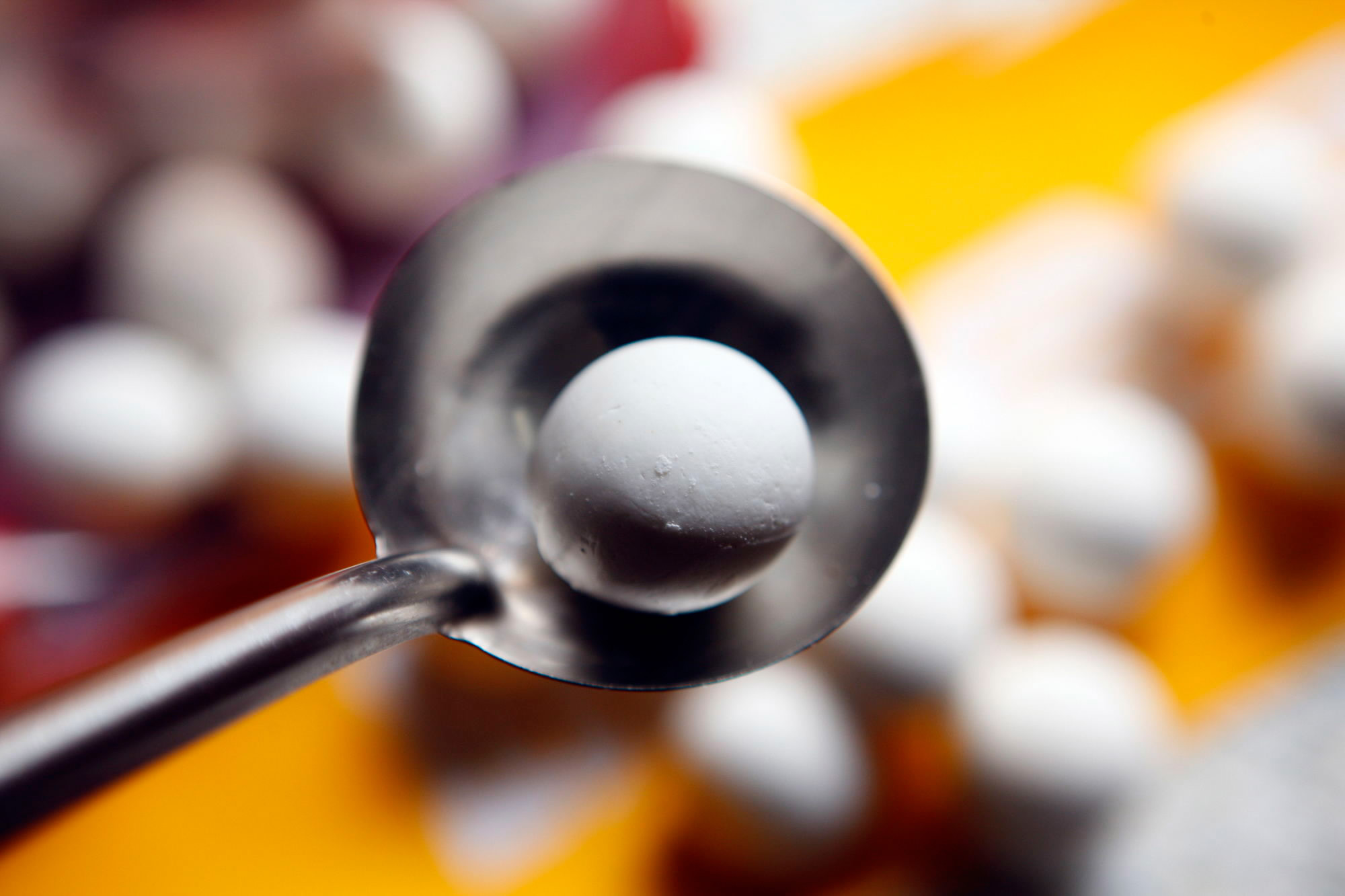 Glutinous rice ball. /CFP Photo
Speaking of glutinous rice, rice cakes are eaten during the Chinese New Year and often sent as gifts. They are known as “niangao” (年糕), meaning “getting higher year after year”, whether in position of status or business, or physical height. In recent years they have been made into shapes of animals in the Chinese zodiac or more often than not in shapes of “goldfish” signifying prosperity. There are many different types of rice cake.
The softer rice cakes are normally sweet and steamed in preparation. Harder rice cakes are normally boiled and then fried with meat and vegetables as savory dishes, and eaten during the entire year. One of my favorites is the Cantonese version of rice cakes made with brown sugar. Fry them to a crisp on the outside with soft and “runny” centers - the memory is enough to last for the entire year. I bring them back to Beijing from Hong Kong during this time of the year, and savor these morsels of sinful sugar high. 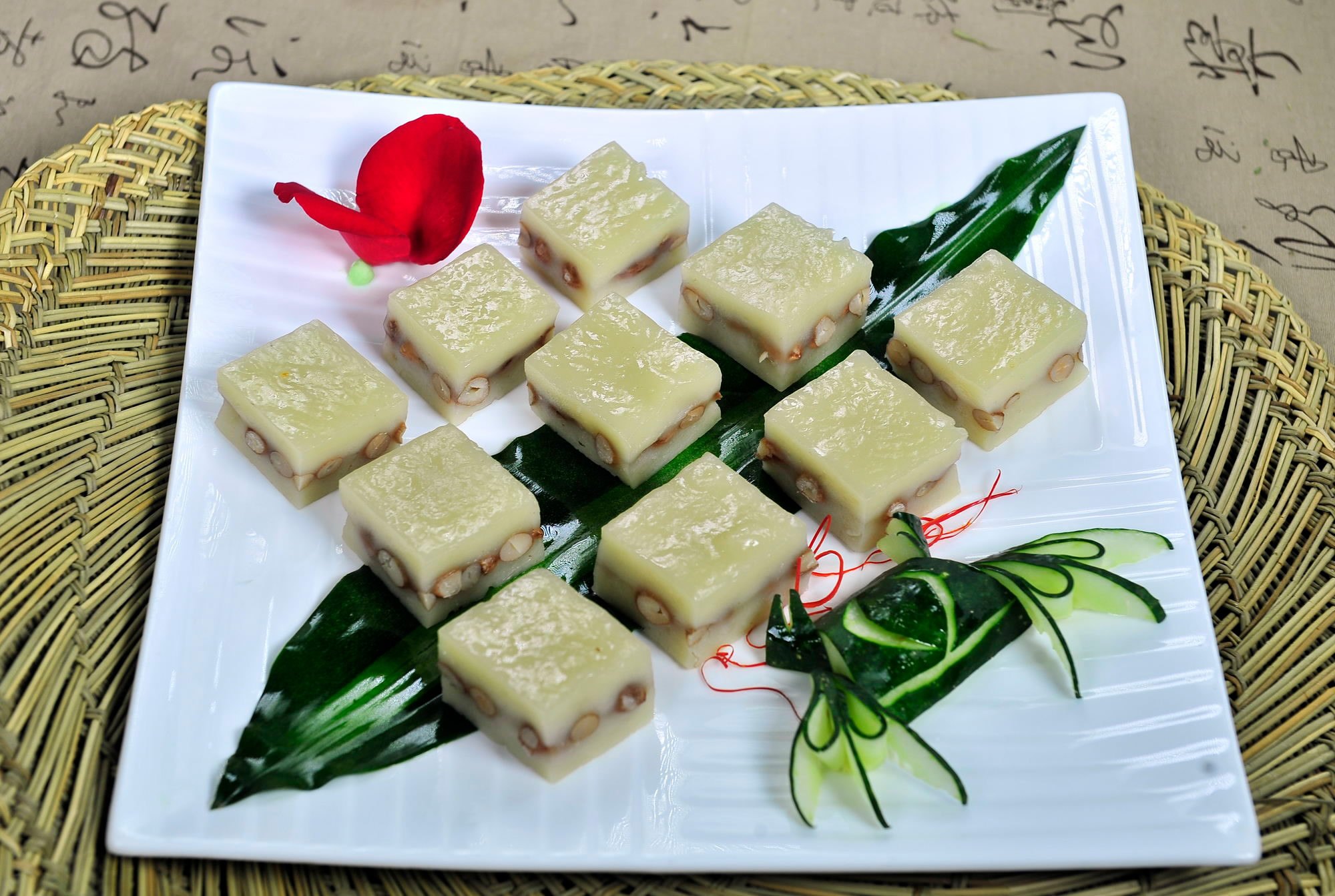 Rice cakes. /CFP Photo
One of the strangest foods I have had during Chinese New Year was “hairy vegetables” (发菜) which is a homonym for the phrase “making a fortune” (发财). This vegetable looks exactly like a pile of hair in the corner of a barbershop. The funny thing is it actually tastes somewhat like hair (if you have ever eaten one by mistake), and it is a vegetable. My grandmother was a Buddhist and during the New Year holidays she would only eat vegetables. You can’t really blame her for not eating meat after all those meat dishes she prepared from the beginning of the lunar in December for the entire family. 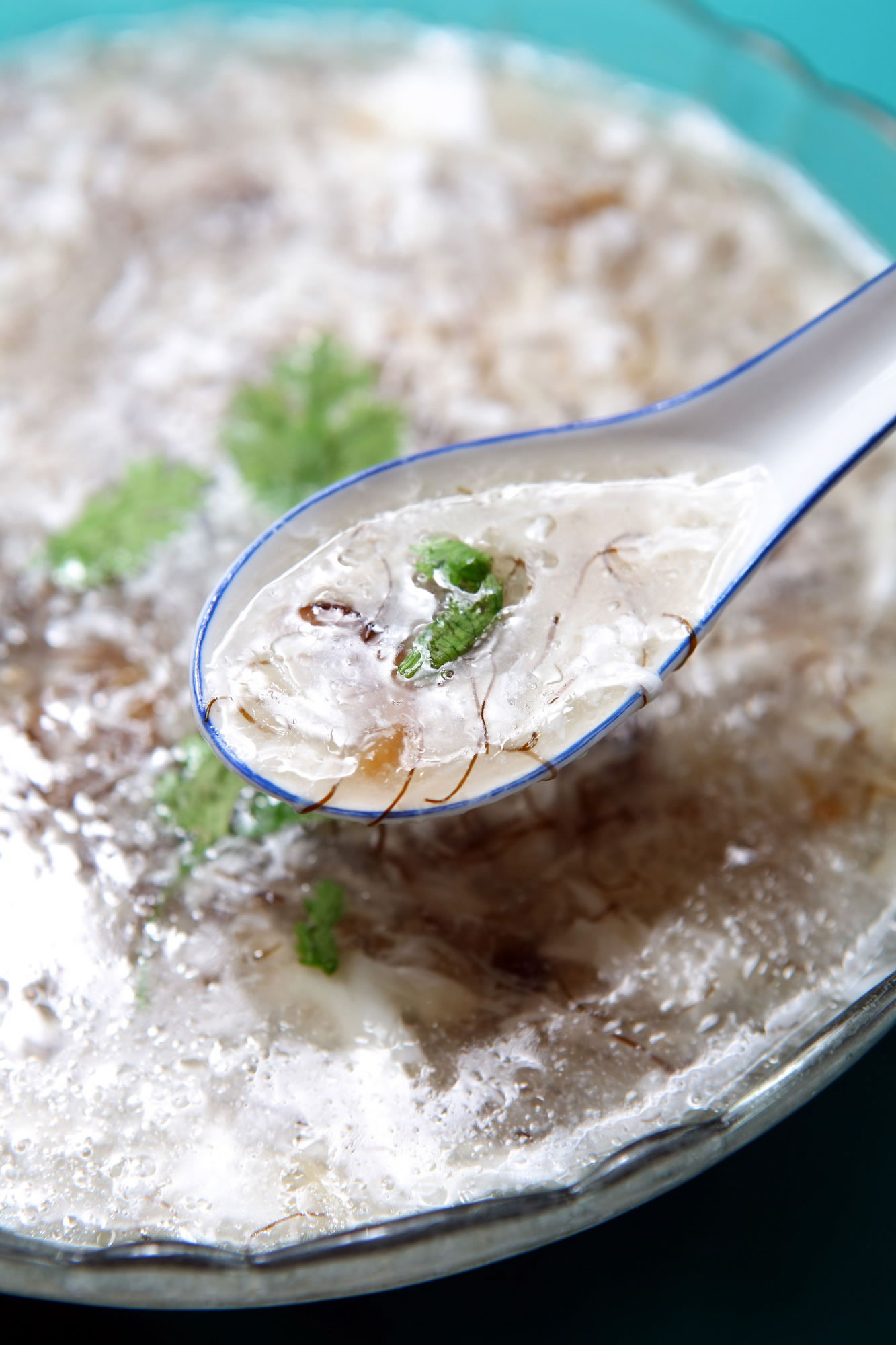 Hairy vegetables. /CFP Photo
Shapes of food are also important in the celebration of Chinese New Year. A prime example of this is the dumplings normally eaten immediately after midnight when the firecrackers are just beginning to be set off. The idea of the dumpling has to do with the traditional silver pieces used for currency through the millennia.
Every Chinese New Year, my grandfather would want to make certain that all the “dumpling makers” in the house knew how to fold the dumpling skin that makes the shape of these silver pieces called “yuanbao” (元宝). Many families would put some coins into the stuffing of the dumplings. If you get one, and your tooth is not chipped, you will receive good fortune for the entire year. 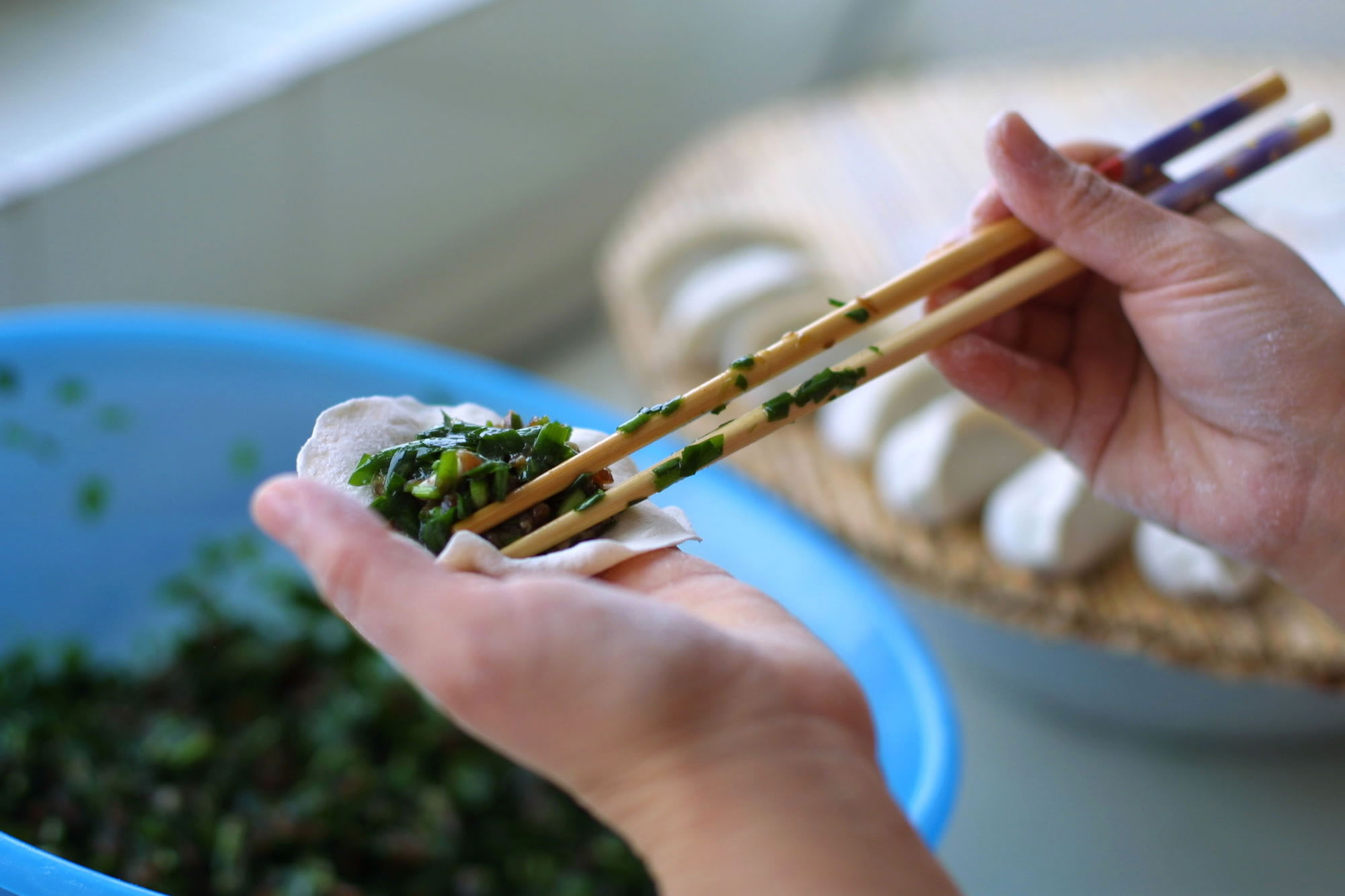 Dumplings. /CFP Photo
Fruit does not escape the Chinese New Year homonym craze. Tangerines that ripen in the season of the New Year holidays is a homophone for “luck” (桔子), and while the word for orange (橙子) is a homophone for success (成). The word for pomelo is (柚子) which means “once more” or “again”, so if you share it with family or friends, you get to see them again. 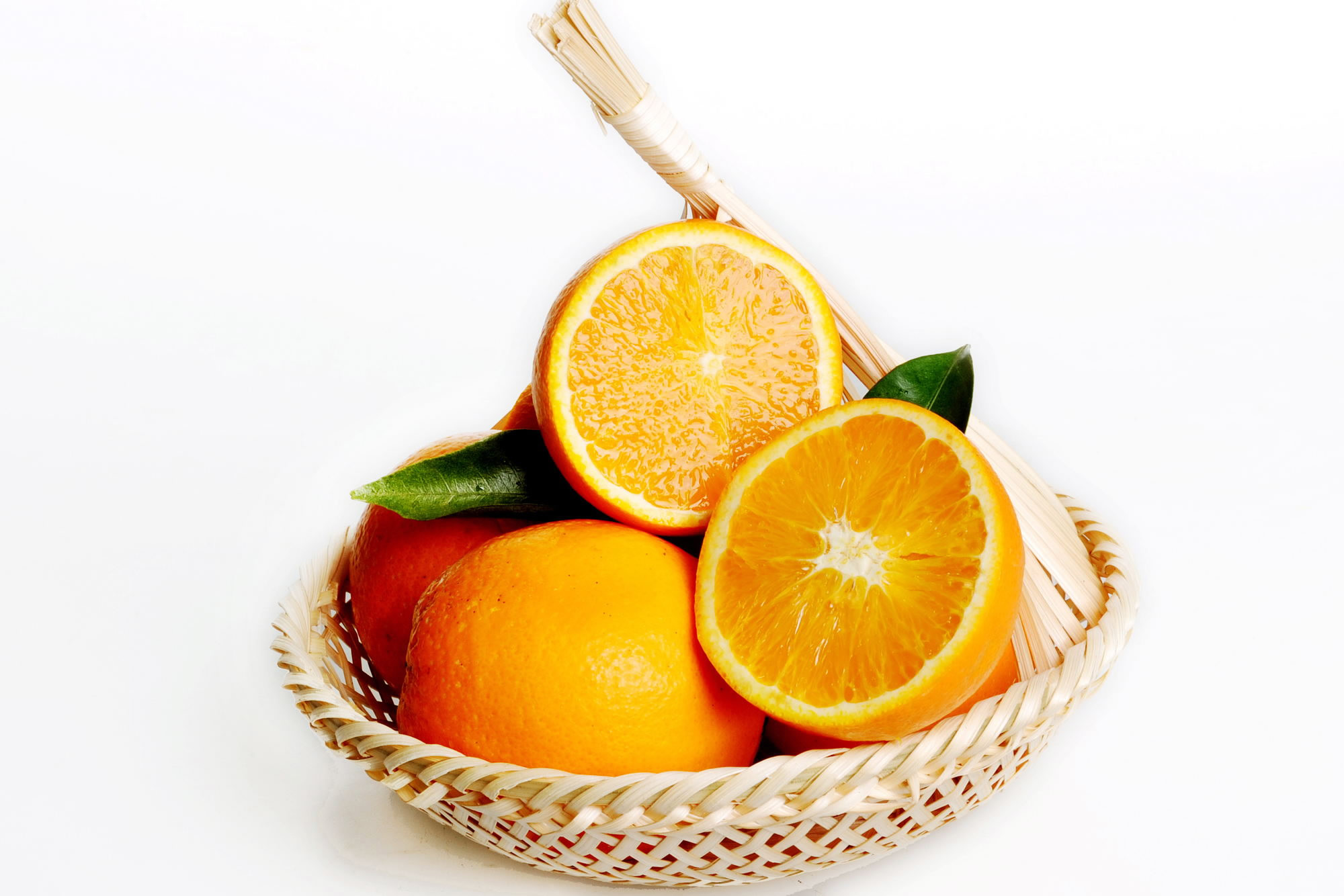 Oranges. /CFP Photo
So there you have it, some simple reasons why certain foods are enjoyed during the Chinese New Year, not only because they are delicious and abundant, but also because they spell prosperity and good fortune for the Lunar New Year to become.
There are so many wonderful memories I have of food during this time of the year from the days of my youth and amazing stories to share. But come to think of it, I have often wondered if there is anything we shouldn’t eat?‍
(Frank Sun is a food critic and columnist. The article reflects the author's opinion, not necessarily the views of CGTN)
Copyright © 2017