Hot on the heels of “the elephant in the room”, “black swan”, and “financial crocodile”… the world can now boast a new animal-related term: Gray Rhino!

The Gray Rhino is a theory unveiled by Michele Wucker at the Davos Economic Forum Annual Meeting in 2013.

Michele describes the “Gray Rhino” as “the love child of the black swan and the elephant in the room”.

“The black swan is improbable, which means it is hard to picture it. Because you can’t picture it, it’s very hard to really prepare for it,” she said.

The elephant in the room “normalizes the idea that people don’t do anything and don’t talk about problems”.

While the Gray Rhino refers to problems right in front of us, which might explode.

This term is certainly catching on in China.

On July 16, "Gray Rhino” appeared on the front page of the People's Daily newspaper and was also referenced in a review of the National Conference on Financial Work.

In Wucker’s opinion, the expansionist monetary policy applied by central banks around the world is a “Gray Rhino”. 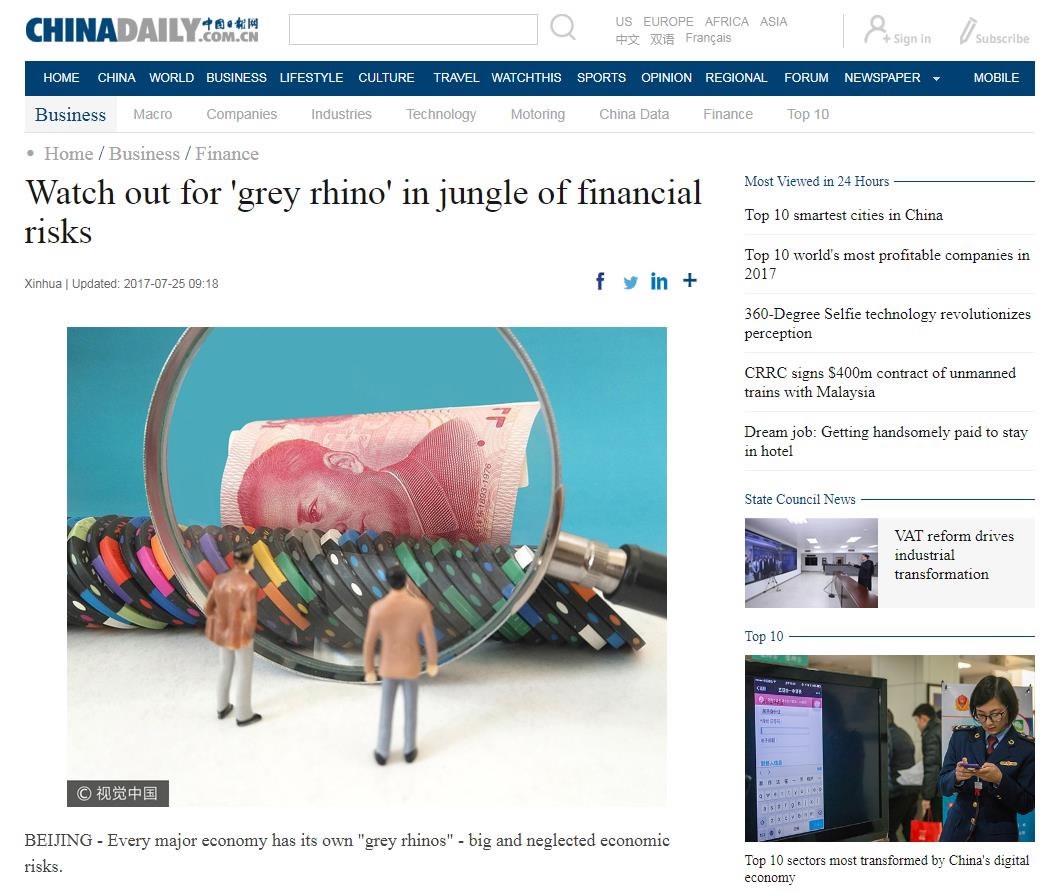 The policy intends to “help economies come back to life, after the great crisis”.

“Unfortunately most of that money has gone into financial markets, into circulation, into real estate. Actually, into rhino horns. The price of the rhino horns is a bubble,” she said.

Only a small part of that money has gone into the real economy, “to help create jobs and to move things forward."