A total number of 107 institutions from across the world have signed up to become its founding members.

The AFCA seeks to facilitate joint governance with shared benefits for all members through sound governance structure and institutional arrangement. It will work to establish a liaison mechanism among its various players and will set up an information sharing platform, as well as a regional financial idea exchange platform. 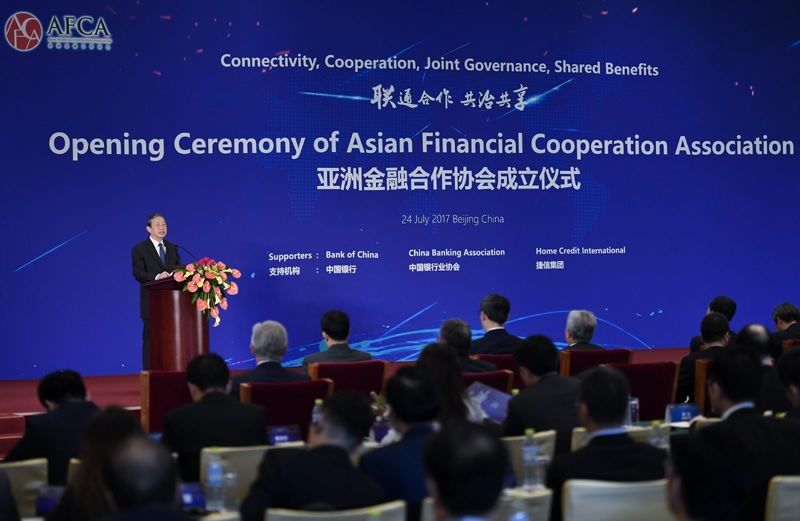 Ma specified that for the last two decades, Asia's rapid growth had been the theme of the world and now Asia accounts for one-third of the global growth.

The region's continual economic upgrade and integration require more financial cooperation, he said, adding that the institution could address problems like growth disparity and protectionism.

Jin Liqun, AIIB president also expected the AFCA to play an instrumental role in Asia's economic development. He considered it as a significant milestone in the region. As for those joining the AFCA, some say while it will assist economic cooperation in the region, it may also have even more far-reaching benefits.

The initiative of establishing communication and cooperation platform for Asian financial institutions was first proposed by President Xi Jinping at the Boao Forum for Asia 2015.

Chinese Premier Li Keqiang has then, on various occasions, expressed that China actively supports the establishment of the AFCA.

The proposal has drawn wide attention and provoked active response from the global financial community. The establishment of the AFCA is one major achievement from the Belt and road forum in May, and it is also expected to further contribute to the blueprint.