Peonies, once the national flower of China, are now in full bloom in Beijing’s former private imperial garden Jingshan Park. 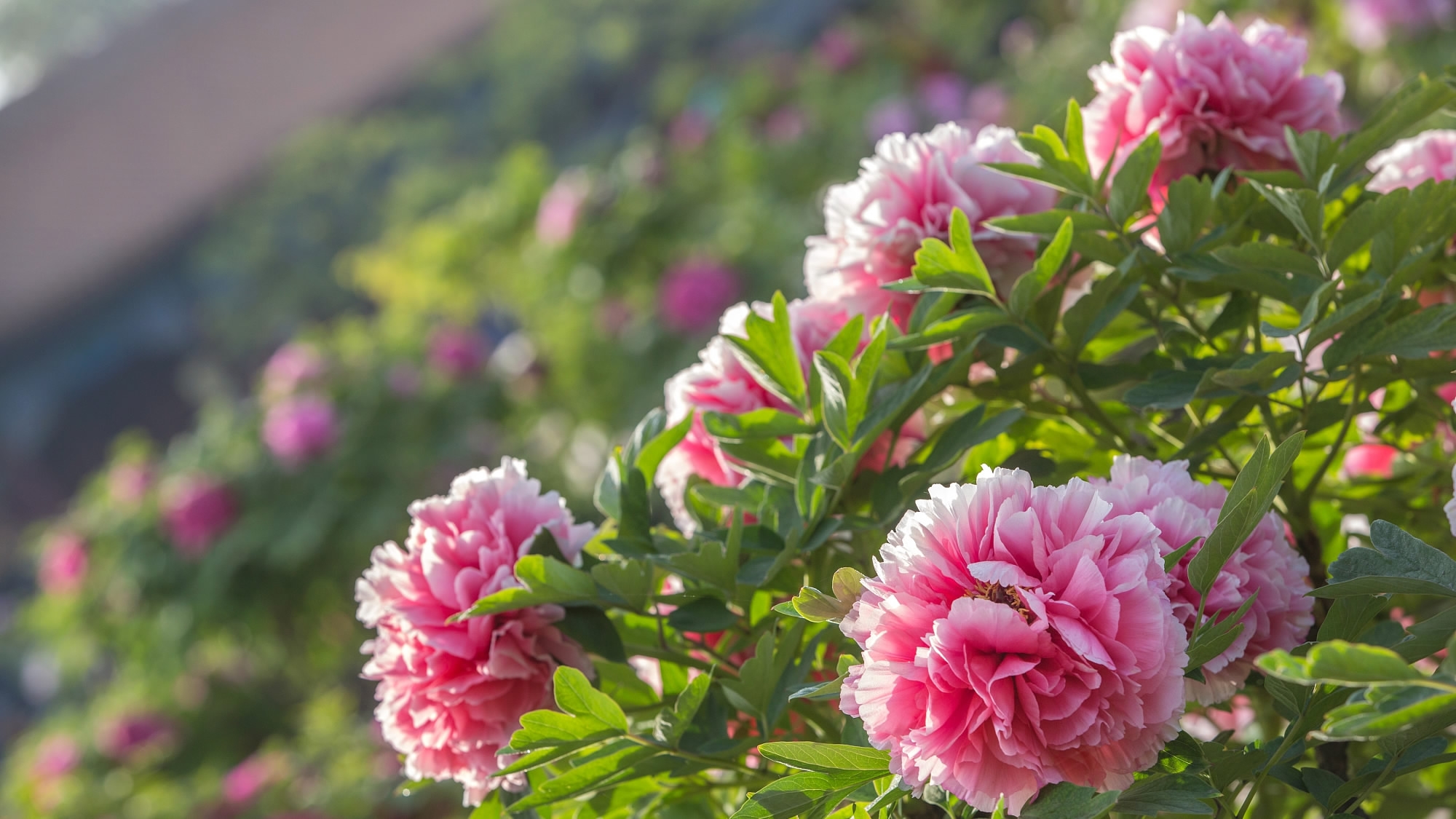 Peonies in full bloom in Jingshan Park. /VCG Photo
A total of 20,000 peony flowers of over 550 varieties are showcased at the 20th Jingshan Peony Culture Festival. Flowers on display include newly-imported green peonies “the Wizard of Oz”, and rare black peonies “green dragon in ink pond” that have bloomed for over 100 years.
Known as the “king of flowers” in China, the peony symbolizes opulence, beauty and honor in Chinese culture.‍ 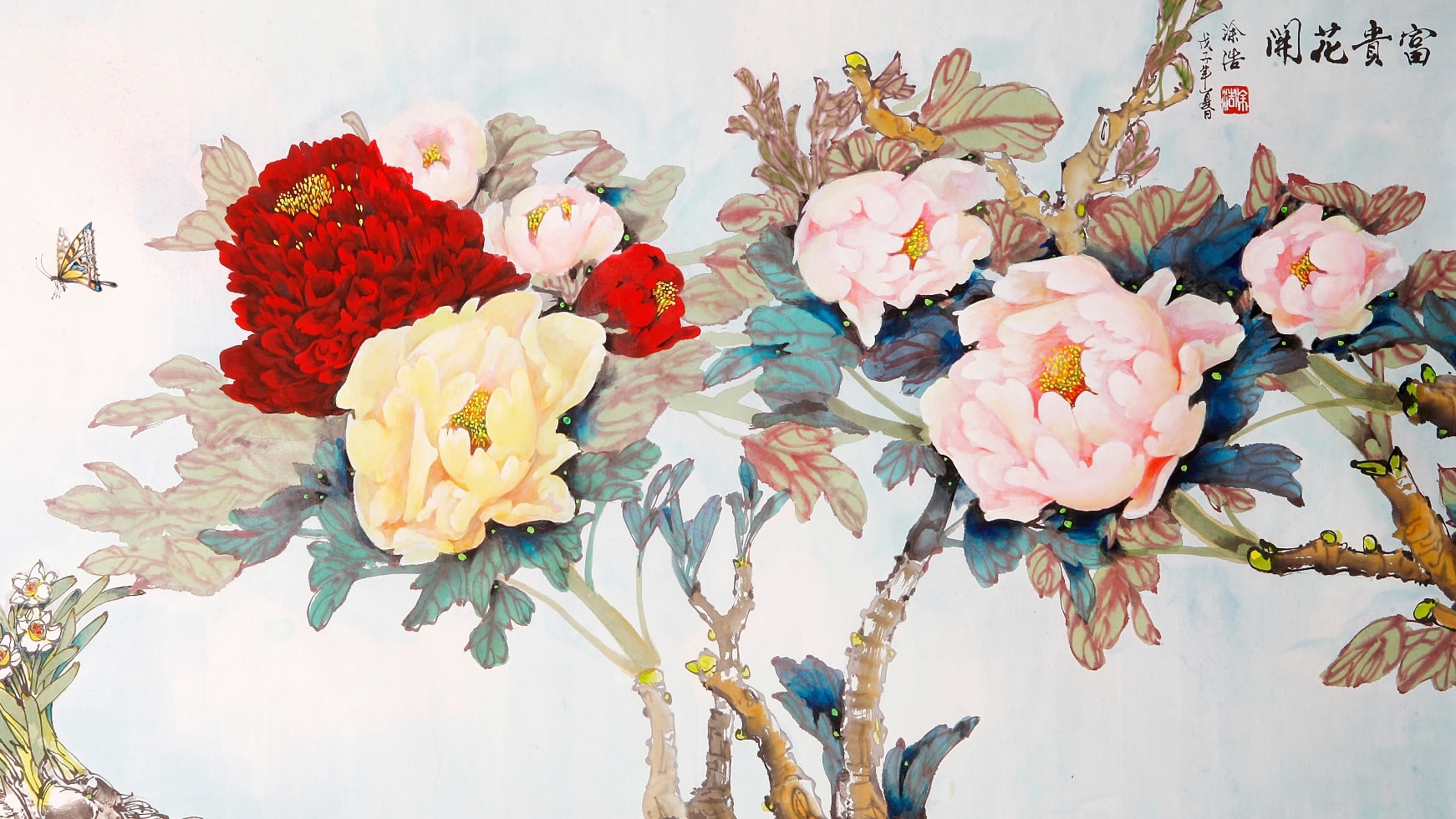 Peonies are often depicted in traditional Chinese paintings. /VCG Photo
Peonies became highly appreciated in the Tang Dynasty (618-907 A.D.), when the flower was cultivated in imperial gardens and gradually spread across the country. Since then, peonies have appeared repeatedly in Chinese poetry, paintings and on embroidery, representing richness and nobility.
In 1903, during the Qing Dynasty (1636-1912 A.D.), Empress Dowager Cixi named the peony the national flower. 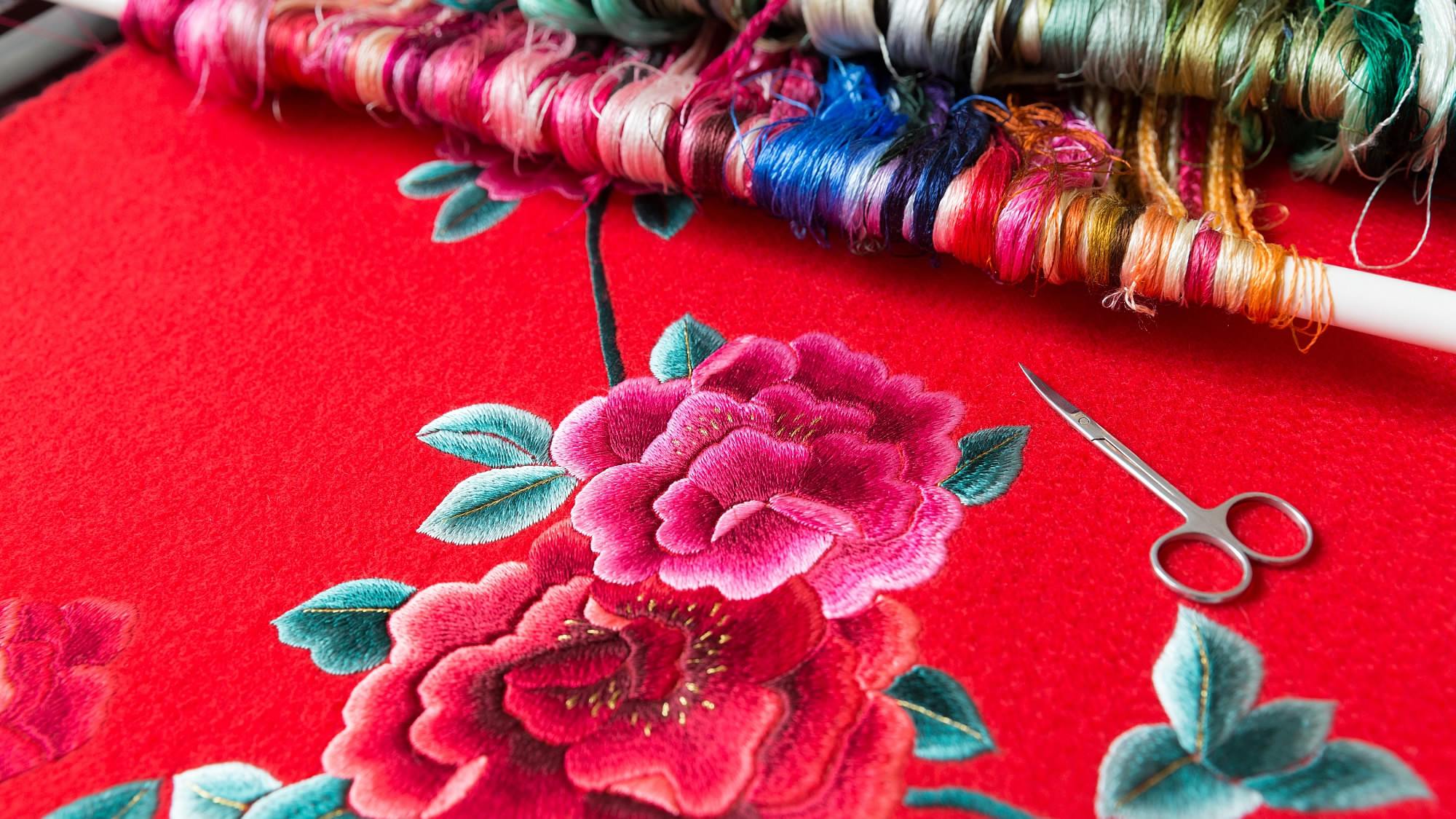 Red and pink peonies are favored on Chinese embroidery. /VCG Photo
Currently, however, the Chinese government doesn't recognize any official floral emblem. Plum blossom and peony divide general opinions, leaving the position empty.
In 1994 and 2003, nationwide polls were carried out when the peony was twice proposed as the national flower. Yet to date, no choice has been made.
Peonies have bloomed in Jingshan Park for centuries. During the culture festival, which this year lasts from April 15 to mid-May, visitors can adopt peonies and look after the flowers.
Copyright © 2017