By CGTN's He Weiwei
Jinggangshan, a county-level city in east China's Jiangxi Province, is among over 600 listed "impoverished counties" in China. However, after years of efforts to combat poverty, the city has managed to find a way out by having developed a modern agriculture industry.
It's harvest time for strawberry farmers in Jiangbian village. Locals have been busy picking fruit lately. Around three tons of strawberries are harvested everyday and sold to supermarkets across southeast China.
Two years ago, some villagers had never even seen a strawberry. But now, the tiny red fruit has become a major source of their income. 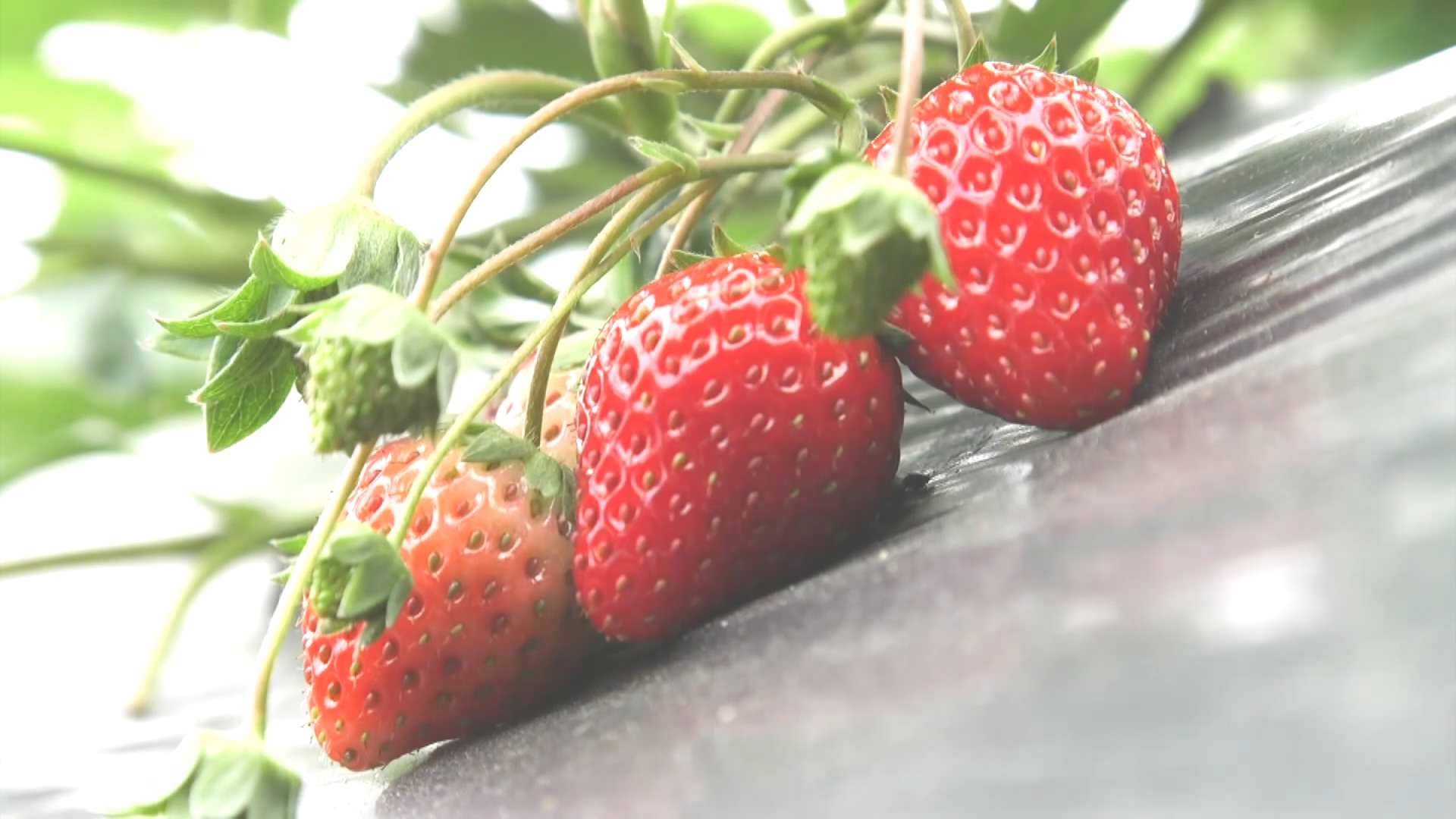 A strawberry plantation helps farmers in Jinggangshan escape poverty. /CGTN Photo
"I used to grow grain. My entire family's income was only five thousand yuan per year. Now by working here I can earn almost five times that sum,‍" local farmer Lan Dongmei told CGTN.
Gan Zhongming founded a planting base in the village. He used to run a successful fruit business in one of China's big cities before he decided to move back home in 2015. Today, he rents land from local villagers and hires them to grow strawberries.
By providing jobs for 140 registered impoverished families, Gan's plantation has become a major driving force in fighting against poverty. 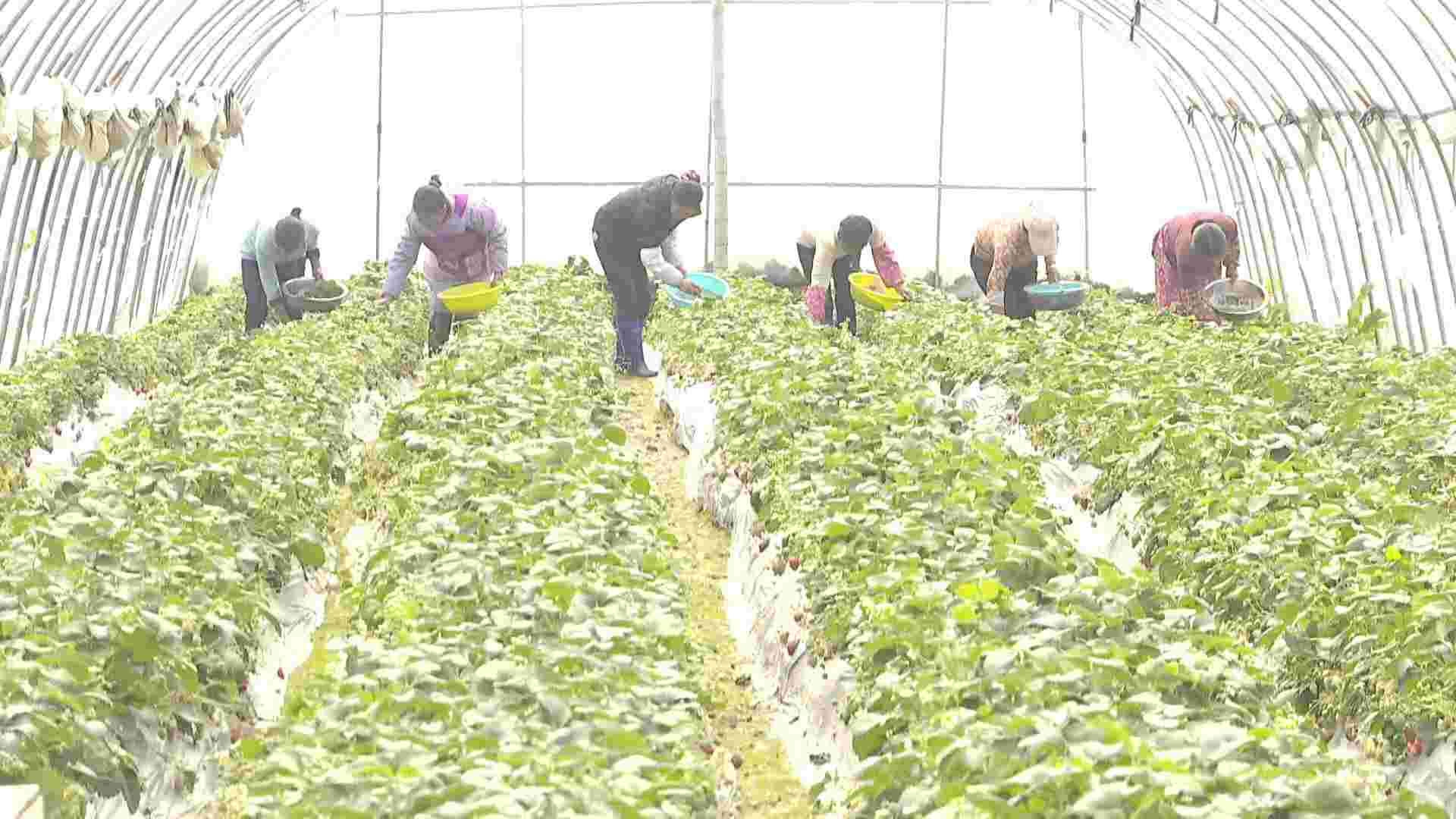 Farmers in Jiangbian Village, Jinggangshan City, are busy picking strawberries. /CGTN Photo
"As I see it, the most important thing in combating poverty is not merely giving people money, but teaching them a skill that they can then apply and rely on," Gan said.
Jinggangshan has managed to reduce its poverty rate from 13.8% in 2014 to below 1.6% by the end of 2016.
Wu Taiming, director of rural work department of Jinggangshan city government, said getting taken off the list of impoverished villages is just the first step. The ultimate goal is to continue improving locals' quality of life.
12.4 million rural Chinese were lifted out of poverty last year. China's central government has pledged to eliminate poverty in the country by 2020.
1478km
Copyright © 2017