China's iconic liquor brand Moutai chose the northern German port city of Hamburg, famed for its bars, restaurants and entertainment venues, to launch its campaign to bring the fiery spirit to Europe.
Tuesday's launch was part of a global campaign to make Moutai part of the world's drinking culture.
The event was touted as Moutai's official entry into Europe. While Moutai is a mainstay at formal celebrations across China, its exposure among Westerners is largely limited to businesspeople or foreign dignitaries on trips to China. 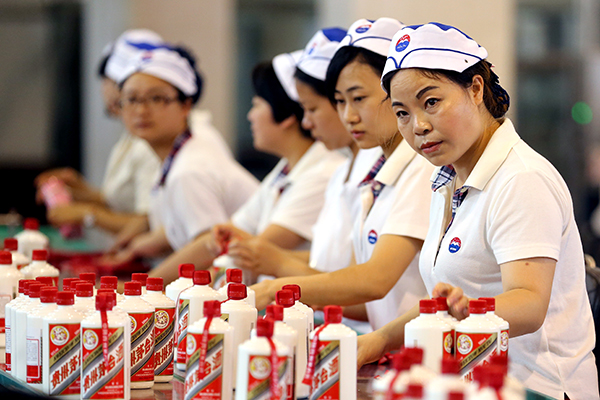 Employees work on the production line of Kweichow Moutai Co., Ltd. in Zunyi, Guizhou Province. / China Daily Photo
Moutai ramped up its international operations in earnest in 2014 when it held a banquet in San Francisco and promotional efforts saw hip bars in New York add Moutai cocktails to their menus.
Export revenue increased by 69.46 percent in the first half of this year, according to Yuan Renguo, chairman of Kweichow Moutai Group, with total annual sales on course for 6.4 billion US dollars across 60 countries and regions. The brand is currently focusing on Europe, taking out ads in major publications, including the Financial Times, and scheduling another gala for early 2017 in Paris.
At the Grand Elysee hotel in Hamburg, 300 guests were served the sorghum-derived liquor in three cocktails designed by a German bar catering service.
"We had a lot of fun, but it was the most difficult time we've had making a new cocktail because it's such a different taste. It's really complex and really strong," said Alexander Brittnacher, founder of Next Level Cocktails. 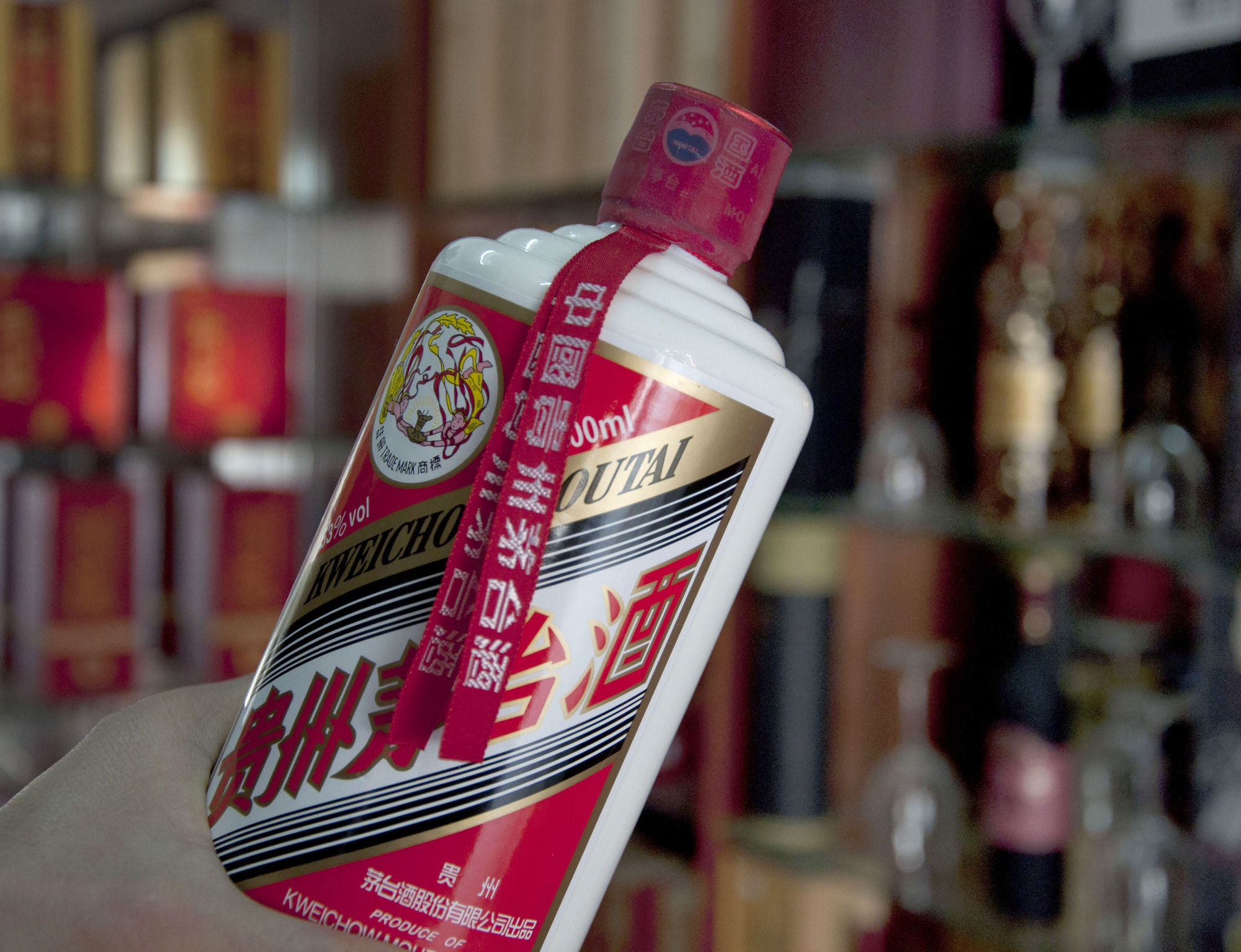 CFP Photo‍
"Moutai has a smell and taste of cacao, so in one cocktail we combined it with a chocolate vodka and chocolate bitters," he said. "In another we looked for food pairing partners and we found that blackberries were a good combination."
Moutai group is in talks with a Paris-based cocktail manufacturer to sell pre-mixed drinks on the international market, and the company is scouting a location in Frankfurt for its own cocktail bar.
Moutai's European strategy will also focus heavily on Chinese restaurants, according to An Huailun, managing director of Moutai's imports and exports company.
The company is in talks with European retailers and the liquor will sell off the shelf for 149 euros (160 US dollars) per 500-ml bottle. In the United Kingdom, a good 750-ml bottle of single malt Scotch whisky costs at least 30 British pounds (38 US dollars).
Yuan said it made strategic sense to launch Moutai's European ambitions in Hamburg, given Germany's strong brewing culture and the city's status as one of the continent's major ports.
(Source: China Daily)
Copyright © 2017