The parent of a Chinese company that produces the nation's best known baijiu liquor, Moutai, has led an investment of one billion yuan (147 million US dollars) to form a life insurance company.
Huagui Life Insurance, based in Moutai's home province of Guizhou in southwest China, started operating on Friday. It has 10 other smaller investors after Kweichow Moutai Group.
Huagui set out an aggressive expansion plan. It aims to reach 88 counties and leap into the provincial sector's top five in terms of new premiums by 2018, according to the company's board chairman Wang Zhenwu. He said in 2019 the service should be found in each village in Guizhou and it would continue to expand outside the province. 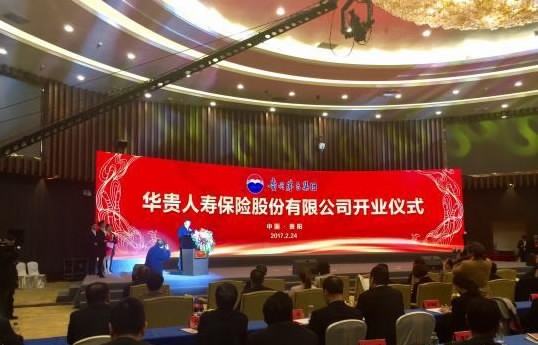 Opening ceremony of Huagui Life Insurance held in Guiyang on February 24, 2017. /Chinanews Photo
In a philanthropic gesture, Huagui offered a one-year serious illness insurance product to about 100,000 left-behind children from migrant worker families. Leukaemia, meningitis, disabilities can be insured against with the product. The combined coverage amounts to about three billion yuan (436 million US dollars).
Kweichow Moutai Group general manager Li Baofang said the investment was key as the liquor group branches out into financing. It will also boost the province's relatively weak insurance sector.
Insurance premiums grew by 17.2 percent between 2011 and 2015, reaching 25.8 billion yuan (3.75 billion US dollars) in Guizhou by the end of 2015.
(Source: Xinhua)
1733km
Copyright © 2017