What is Hong Kong’s "One country, Two systems"?
POLITICS
By Gao Yun

By CGTN's Ge Yunfei
To understand the political design of Hong Kong, it's necessary to understand the concept of "One Country, Two Systems."
Proposed by China’s former paramount leader Deng Xiaoping, it’s the most important and fundamental constitutional design in Hong Kong politics.
"One Country" means Hong Kong and the Chinese mainland both belong to the People’s Republic of China, under the leadership of the central government in Beijing. 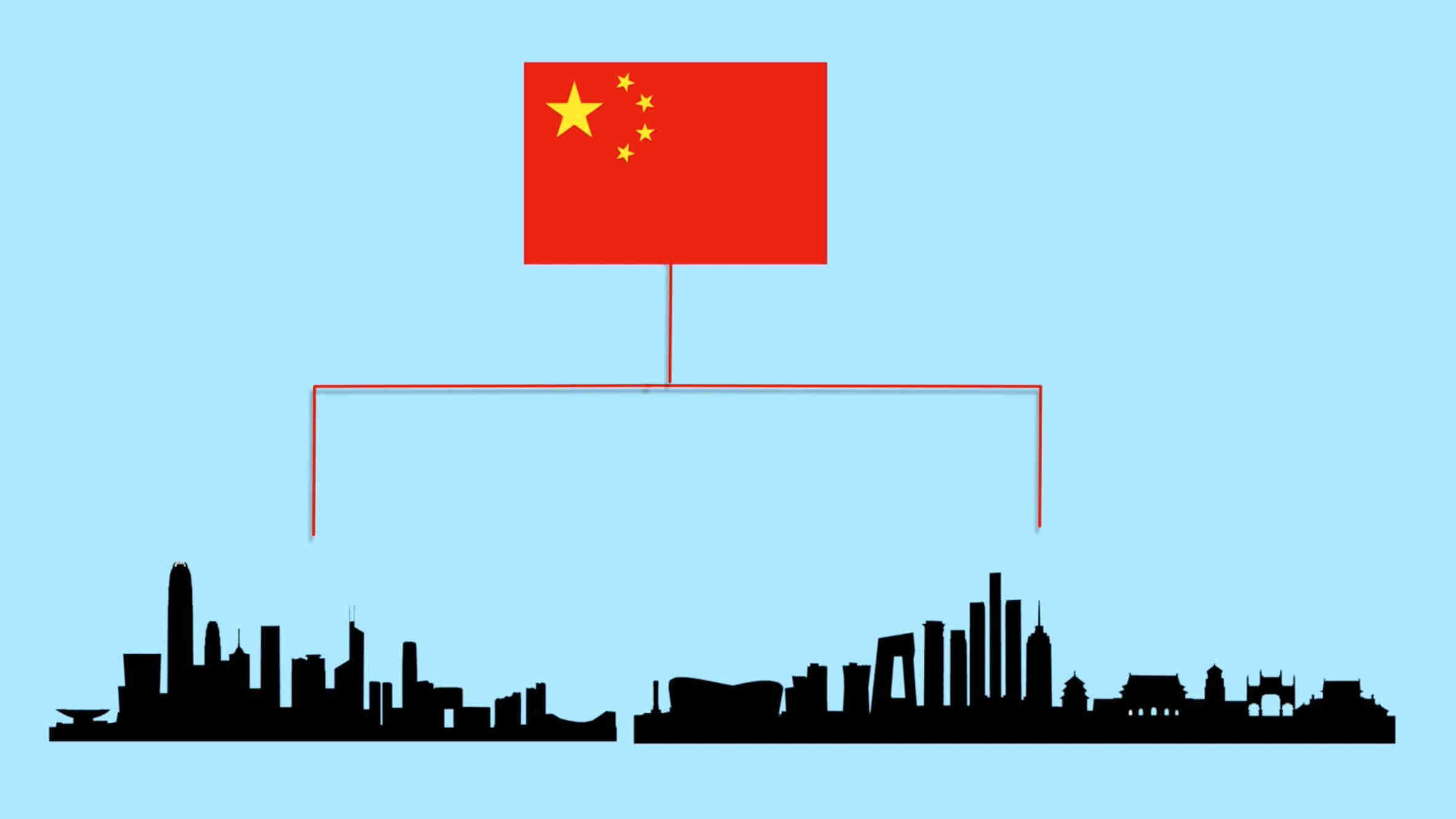 "One Country" means Hong Kong and the Chinese mainland both belong to the People’s Republic of China. /CGTN Photo
After Hong Kong was returned to the mainland in 1997, the global financial center was allowed to retain its capitalist economy without adopting the mainland’s socialist system.
Hong Kong has also allowed to continue enjoying its freedom of speech, judicial independence, and the right to choose its own leader - the Chief Executive of the Hong Kong Special Administrative Region (HKSAR) Government. And all those rights have been written into Hong Kong’s Basic Law, keeping Hong Kong politically intact but providing more financial support. HK has been allowed to retain its capitalist economy without adopting the mainland’s socialist system. /CGTN Photo
In 2003, in the aftermath of the deadly SARS epidemic, Hong Kong signed a free-trade deal with the central government. It was called the "Closer Economic Partnership Arrangement", or CEPA, whereby it benefited from a host of preferential trade policies. By the end of 2015, Hong Kong had become the Chinese mainland's largest trade and service partner, accounting for more than 122 billion US dollars, or about one-sixth of its total. By the end of 2015, Hong Kong had become the Chinese mainland's largest trade and service partner. /CGTN Photo
Hong Kong has also become a favored destination for tourists and businessmen from the mainland. In 2015, some 28 million people visited the special administrative region, 40 times more than in 2003. And Hong Kong businessmen love to see them coming, who spent nearly 100 billion US dollars in 2014.
As one of China's leading global financial centers, Hong Kong will play a key role in President Xi Jinping’s Belt & Road Initiative as well as the process of Renminbi internationalization.
Premier Li Keqiang reaffirmed Beijing's promise to Hong Kong in this annual government report, that it is governed by the people of Hong Kong, and the central government will ensure that the principle of "one country, two systems" is rigidly applied and enforced.
1969km
Copyright © 2017