The first carriage of the train used for Vietnam's first urban railway Cat Linh-Ha Dong Line was hoisted in Vietnam's capital Hanoi today at around 2:45 a.m. local time.
The 13km Cat Linh-Ha Dong Line (Line 2) was constructed by the 6th bureau of China Railway Engineering Corporation (CREC).
The first train, which contains four carriages, started its travel from Beijing on Jan. 20 and arrived in Hanoi on Feb. 19, said Tang Hong, general manager of Overseas Company of CREC, adding that the Chinese-made train applied with Chinese standards and technology.
Although it was raining, the process of hoisting and installing the train attracted more than a hundred Vietnamese journalists and Hanoi citizens. With the announcement of the successful installment of the first carriage, a chorus of claps began.
"The construction of the urban railway, as a symbol of Sino-Vietnamese friendship, will ease up the traffic jam endured by Hanoi citizens," claimed Tang. 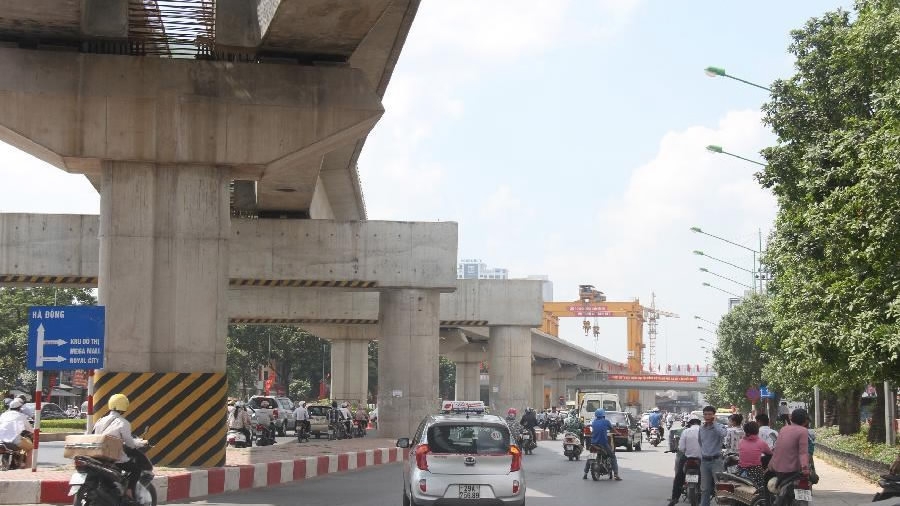 The Cat Linh-Ha Dong urban railway project was under construction in Hanoi in 2015. / XinhuaPhoto
According to Tang, the other three carriages of the train will be hoisted and installed later this week, waiting to be tried when the electricity is connected in July.
The remaining 12 trains purchased by the project will arrive in Hanoi later this year.
The project, with a total investment of 868 million US dollars, started on October 10, 2011, capable of resisting 8-magnitude earthquake. The train was applied with 1,435 mm standard rail gauge and 12 above-ground stations. The maximum speed of the train is set to be 80 km/h, and it is expected to arrive every two minutes.
(With inputs from Xinhua)
2328km
Copyright © 2017