Brexit ramifications: the future of citizenship for British expatriates
POLITICS
By Yang Xinmeng

Now that Brexit is official, the rights of more than a million Britons living in the European Union remains up for negotiation.
Martin Gordon’s latest single is called “Idiots” and it’s about Brexit.
No surprise then, to hear that Gordon, like the majority of his countrymen and women living in Germany, voted "Remain." But this former British bassist for the iconic 1980's band, The Sparks, feared the worst before last July’s vote.
So he took pre-emptive action: mainly, he says, to ensure his son a future here. “When this thing looked like it was going to kick off, I thought I better apply for a German nationality because the Germans allow dual nationalities from other EU country citizens. It was complicated by the fact that the small boy would have had two non-EU parents if Britain left. So now he has at least one EU parent.” 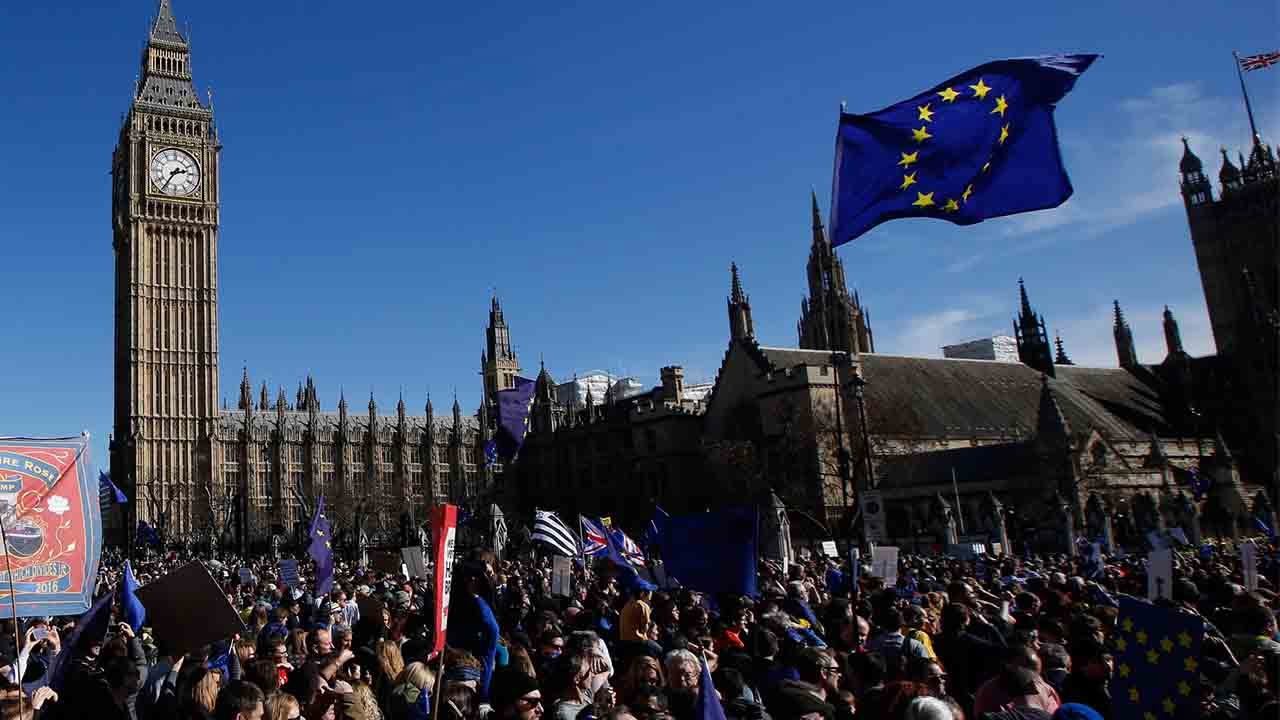 Protesters carry EU flags in front of Elizabeth Tower to protest Brexit in central London. /CFP photo‍
With Brexit officially underway, two years of break-up talks will soon kick off with the European Union. Only there will the status of 1.3 million British expatriates living in the EU be decided.
About 100,000  British expats live in Germany, and it’s thought nearly half could, in theory, do what Gordon’s done already.
Britain and Germany were two countries at war seven decades ago. Today, there’s little sign of such bitter rivalries. Some Britons say they feel torn between the Brexit Britain of their birth, and a country increasingly held up as “a bastion of liberalism” that they now call home.
Jon Worth’s not sure if he’ll still be British after Brexit.
Worth can’t apply for a passport yet because he hasn’t been here long enough. By the time he can, this pro-EU campaigner may face a difficult choice. “If I were to make that application the day after Brexit happened, then I wouldn’t be entitled to dual nationality and I would have to give up my British passport in order to get a German one. It’s a race against time for me personally. Does Britain leave first? Or do I get German citizenship first?”
Despite protests last weekend in the UK, there appears to be no turning back now. And for at least some in Germany, the price of Britain taking back its sovereignty may be their citizenship.
Copyright © 2017