Ruins of ancient city walls have been found in northwest China's Lop Nur Desert, the site of the former capital of Loulan, a prosperous settlement built around 2,000 years ago to serve passing traders traveling along the Silk Road.
Loulan, which is often called the Oriental Pompeii, was an important stop on the ancient trade route linking China and Central Asia. Now situated in present-day Xinjiang Uygur Autonomous Region, it thrived based around an oasis in a section of the desert so arid and remote that it was known as "no man's land."
The archaeological institute of Xinjiang Uygur Autonomous Region said excavations had unearthed a circular wall, with a diameter of 300 meters. The base of the wall is 2.2-2.7 meters wide. The highest remaining part is 2.5 meters tall.
Hu Xingjun, a research fellow with the institute, said red willow branches and reeds found among the ruins had been carbon dated, and the results suggested the structure dates back to the late period of the Eastern Han Dynasty (25-220AD).
The archaeologists believe the city was one of the capitals established by the Kingdom of Loulan, which was moved several times due to water resources, natural disasters, widespread disease and war. It had disappeared completely by the Tang Dynasty (618-907). 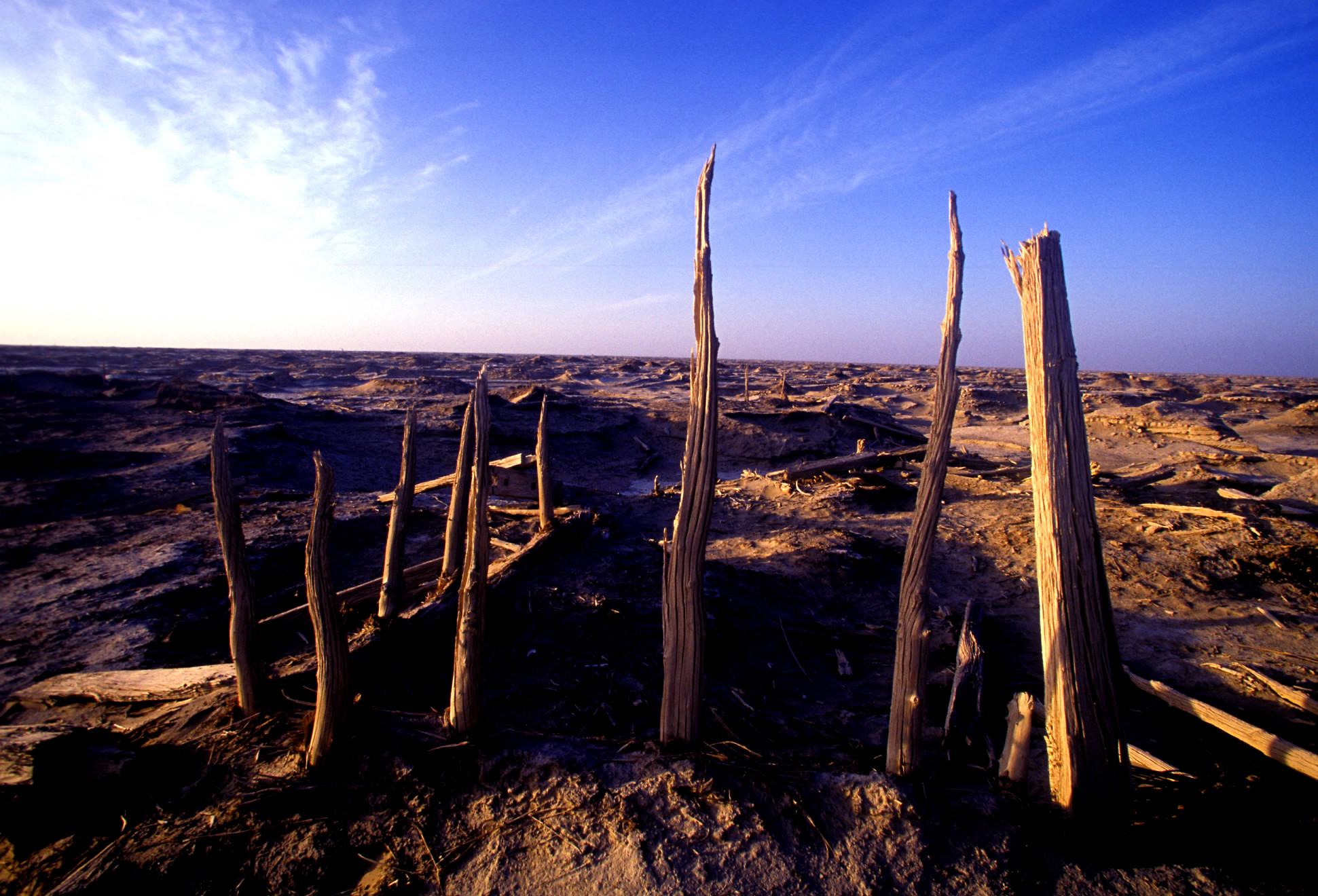 Few traces remain of Loulan, an important stop on the ancient trade route linking China and Central Asia / CFP Photo
The mysterious city was rediscovered first by Swedish adventurer Sven Hedin in 1900. The wall ruins that he found were square in shape.
Hu said the circular ruins were about 57 kilometers away from those found by Hedin. The new discovery might be one of the capitals of Loulan, while the earlier finding could be a newer location of the ancient kingdom, which was renamed Shanshan, and administrated by the Han Dynasty.
Along with the wall ruins, archaeologists also discovered a number of items in seven adjacent tombs, including wooden plates, a copper mirror, a wooden comb and textiles.
Since the 20th century, archaeologists from around the world have found a great number of well-preserved bodies and antiques around Loulan, with the Tarim mummies one of the most significant finds. DNA tests on the mummified bodies, which date back as early as 1800 BCE, have suggested they may have originally had Caucasian ancestry.
The central government has allocated millions of yuan to excavation projects in Loulan. Items ranging from Han Dynasty coins, utensils and fabrics in Greek and Roman styles have been unearthed from previous Loulan digs.
(Source: Xinhua)
2177km
Copyright © 2017