Chinese President Xi Jinping stressed that human history advances with cultural inclusiveness, as he proposed a toast at the welcoming banquet for distinguished guests attending the Belt and Road Forum for International Cooperation. More than 1,500 delegates from over 130 nations gathered in Beijing on Sunday for the two-day forum. Chinese President Xi Jinping poses for a group photo with other delegates and guests at the welcoming banquet for the Belt and Road Forum, in Beijing, China on May 14, 2017. /Reuters Photo
Beijing is an international metropolis where East and West meet and interact, President Xi noted. The city has shown how humans can live in a community of common destiny, as it transformed into a metropolis from a "small" city in history. ‍
He explained that in the Chinese capital, people can visit the ancient Imperial Palace, Great Wall and Temple of Heaven, as well as the modern Bird’s Nest, Water Cube and National Center for the Performing Arts. People enjoy Chinese traditional Peking Opera and Western ballet and symphony. People see Chinese youngsters in clothes from global brands, as well as foreign friends wandering the hutongs and speaking in Chinese. 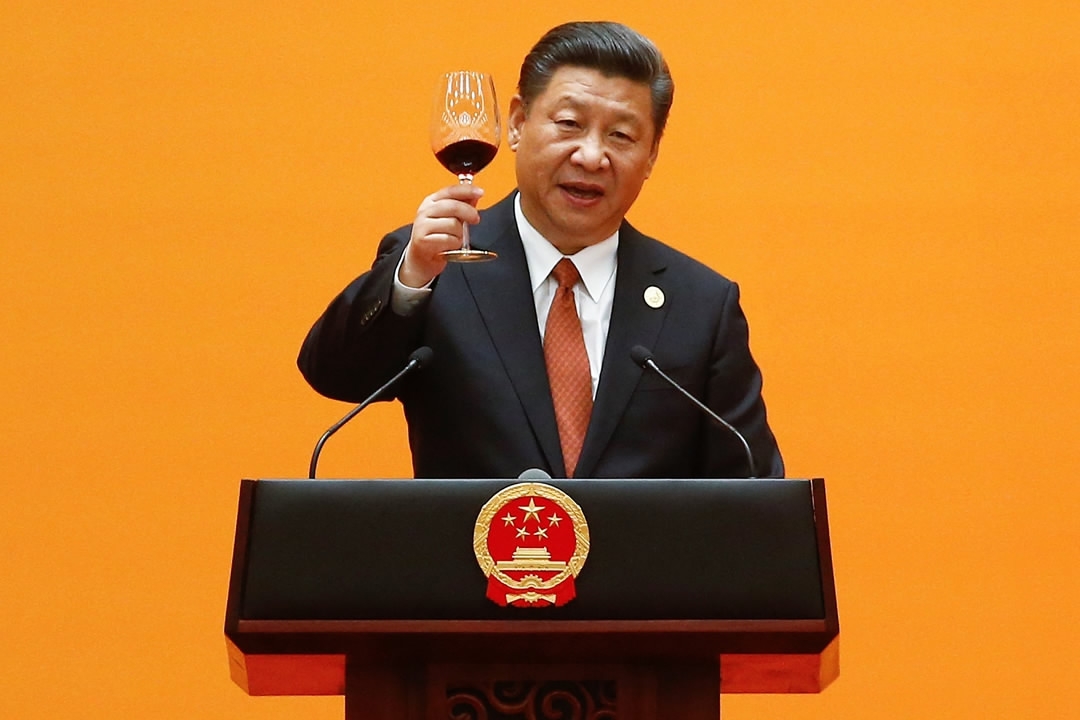 Chinese President Xi Jinping makes a toast at the beginning of the welcoming banquet at the Great Hall of the People during the first day of the Belt and Road Forum in Beijing, China on May 14, 2017. /Reuters Photo
"Around 2,000 years ago, our ancestors opened up the ancient Silk Road with simple desire of friendly exchanges," said Xi. “Today we follow up the Silk Road spirit and conduct extensive consultation in building the Belt and Road.”
Xi expressed his hopes for the Belt and Road, saying it is an extension of an historical trend and the correct choice for the future. He stressed that people yearn for cultural exchanges, a peaceful world, common development and a good life through common endeavors that will have far reaching impact and bring benefits for many generations to come.
In the culturally integrated capital, the first day of the Belt and Road Forum for International Cooperation was successfully held with vigorous discussions and fruitful results, the Chinese president added, and the roundtable leaders’ summit for cooperative planning will be held by Yanqi Lake on Monday.
"We are walking on a road full of hopes," said Xi.
1km
Copyright © 2017