China is working to set up the world's highest altitude gravitational wave telescopes to detect the faintest echoes resonating from the universe, which may reveal more about the Big Bang.
Construction has started on the first telescope, code-named Ngari No.1, 30 kilometers south of Shiquanhe Town, Ngari Prefecture in Tibet Autonomous Region, said Yao Yongqiang, chief researcher with the National Astronomical Observatories of the Chinese Academy of Sciences.
The telescope, located 5,250 meters above sea level, will detect and gather precise data on primordial gravitational waves in the Northern Hemisphere. It is expected to be operational by 2021. 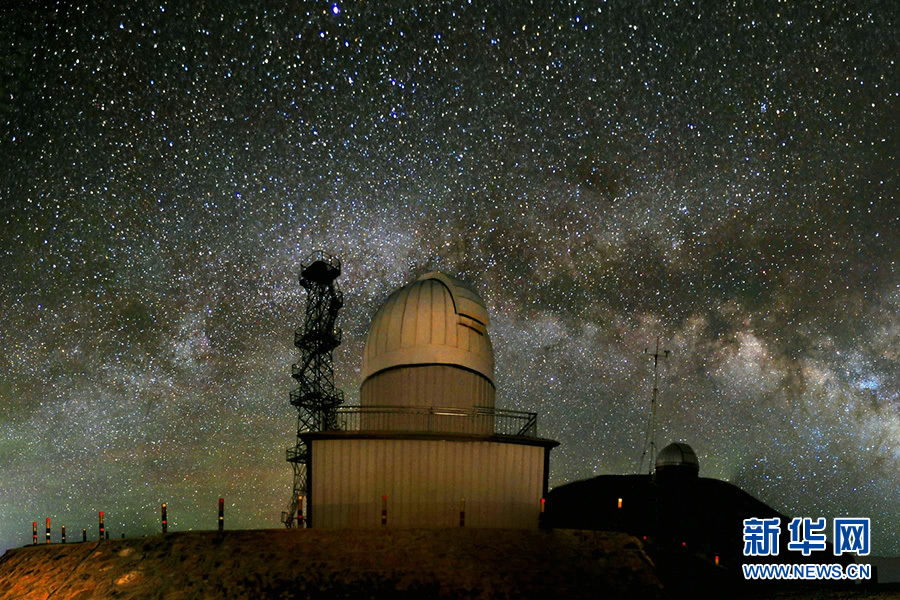 Ngari Observatory in‍ Tibet Autonomous Region on July 15, 2016. /Xinhua Photo
‍
Yao said the second phase involves a series of telescopes, code-named Ngari No. 2, to be located about 6,000 meters above sea level. He did not give a time frame for construction of Ngari No 2.
The budget for the two-phase Ngari gravitational wave observatory is an estimated 130 million yuan (18.8 million US dollars). The project was initiated by the Institute of High Energy Physics, National Astronomical Observatories, and Shanghai Institute of Microsystem and Information Technology, among others.
Ngari, with its high altitude, clear sky, and minimal human activity, is said to be one of the world's best spots to detect tiny twists in cosmic light.
Yao said the Ngari Observatory will be among the world's top primordial gravitational wave observation bases, alongside the South Pole Telescope and the facility in Chile's Atacama Desert. 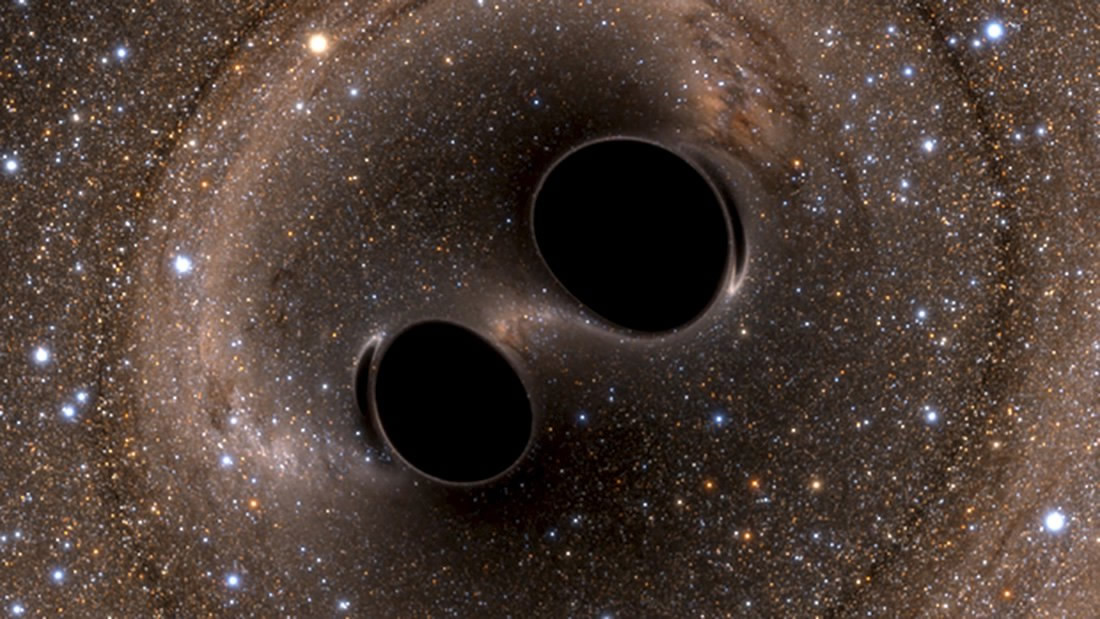 This file photo shows the collision of two black holes detected for the first time by the Laser Interferometer Gravitational-Wave Observatory. It is seen in this image from a computer simulation released in Washington,  DC, February 11, 2016, proving scientists' detection of gravitational waves and ripples for the first time. /CFP Photo
Gravitational waves were first proposed by Albert Einstein's theory of general relativity 100 years ago, but it wasn't until 2016 that scientists with the Laser Interferometer Gravitational-Wave Observatory announced proof of the waves' existence, spurring fresh research interest among the world's scientists. 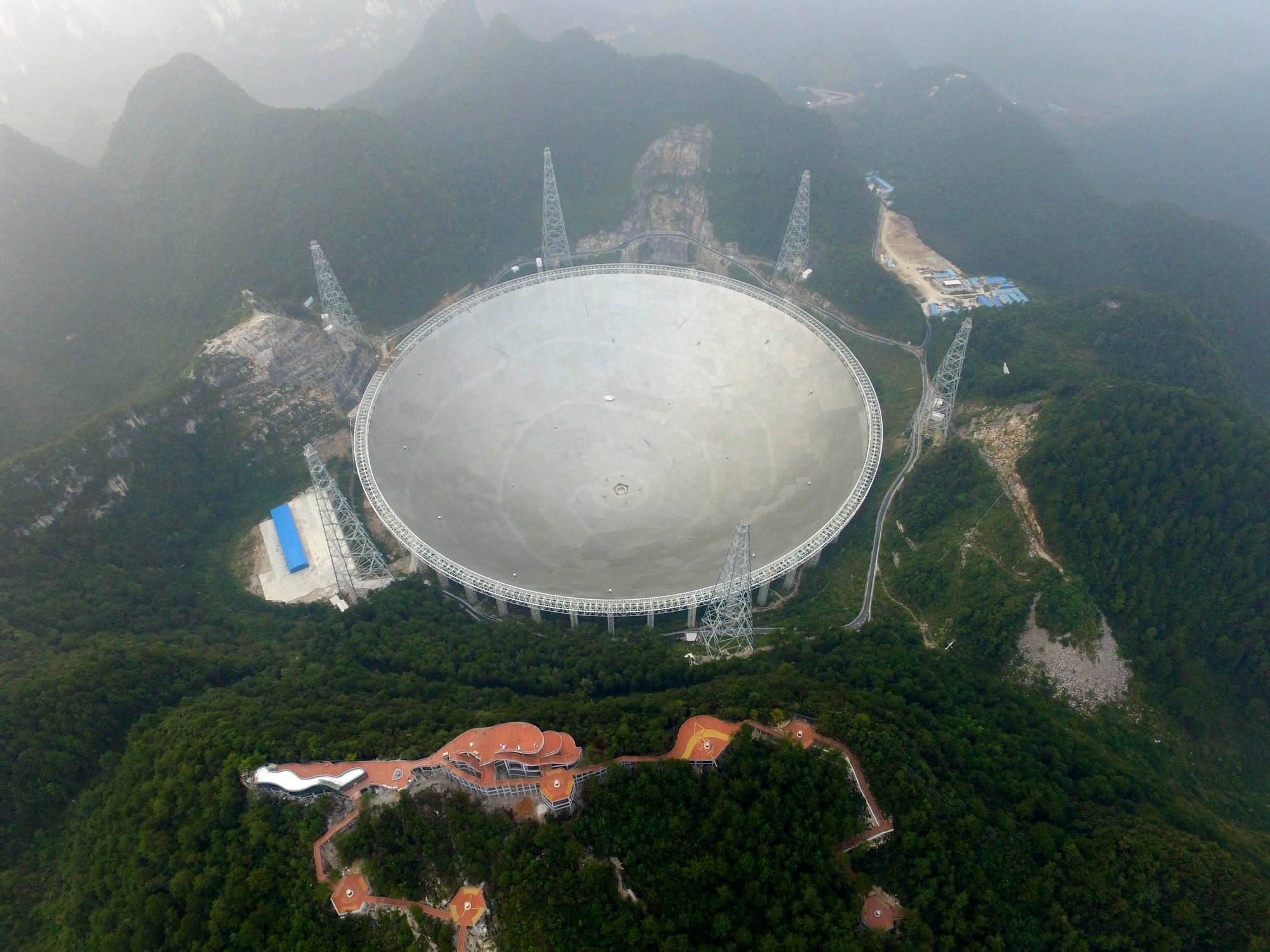 This file photo taken on July 3, 2016 shows the FAST in Pingtang county, southwest China's Guizhou Province. /CFP Photo
China has announced its own gravitational wave research plans, which include the launch of satellites and setting up FAST, a 500-meter aperture spherical radio telescope in southwest China's Guizhou Province.
(Story by Xinhua)
3022km
Copyright © 2017