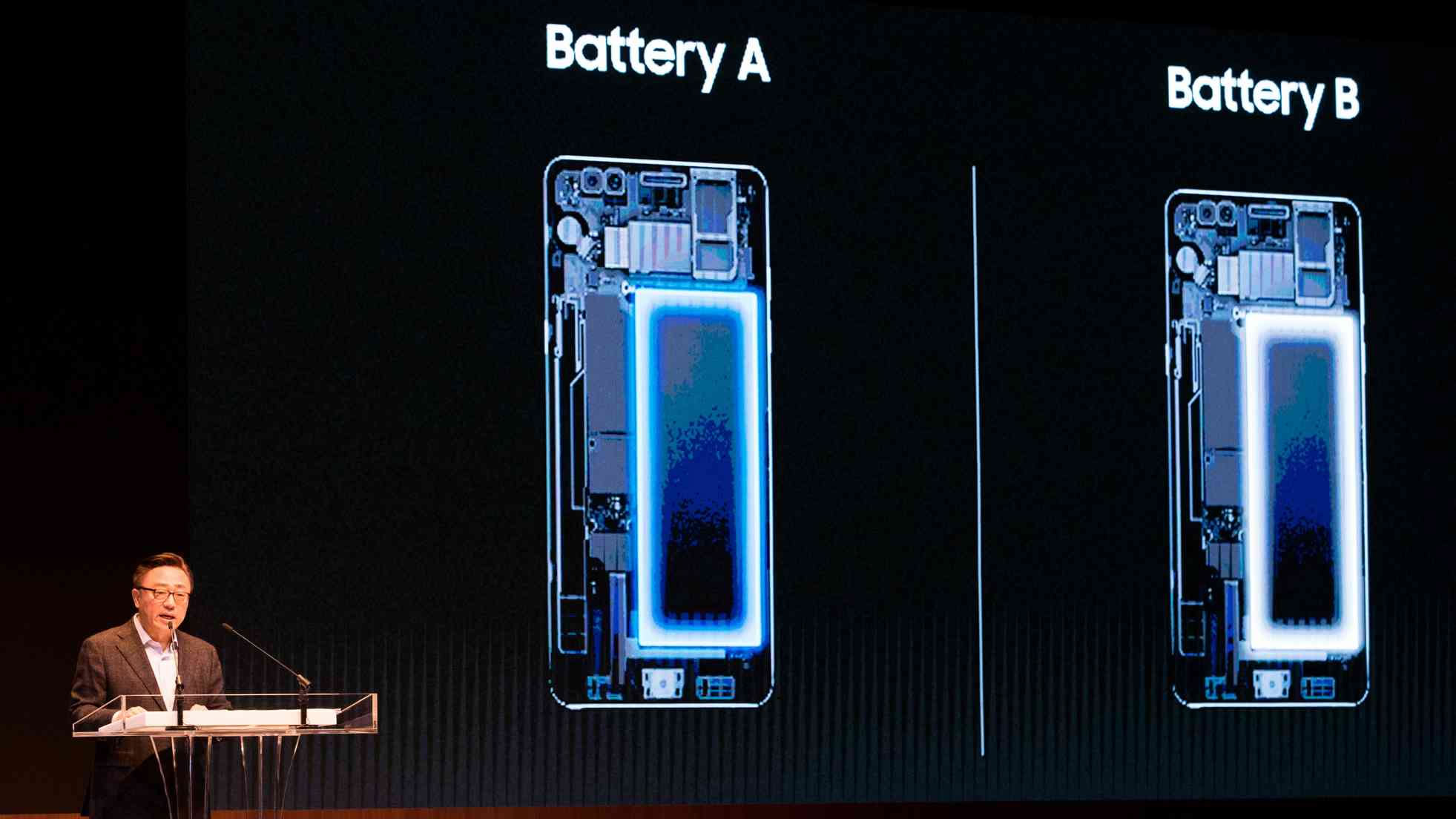 Koh Dong-jin, president of mobile communications at Samsung Electronics Co., speaks as various types of batteries used in the company's Galaxy Note 7 smartphones are displayed on a screen during a news conference in Seoul, South Korea, Jan. 23, 2017. /CFP Photo‍
The announcement came more than three months after Samsung scrapped the short-lived competitor to Apple, wiping billions of dollars off its operating profits in one of the biggest tech failures in history.
Investigations by the company and independent organizations found that the batteries were the sole cause of the Note 7 fires.
In its first explanation of the cause of the debacle, the tech giant ruled out problems with the premium device's hardware and software, and said there would be no repeat of the fires in future devices. 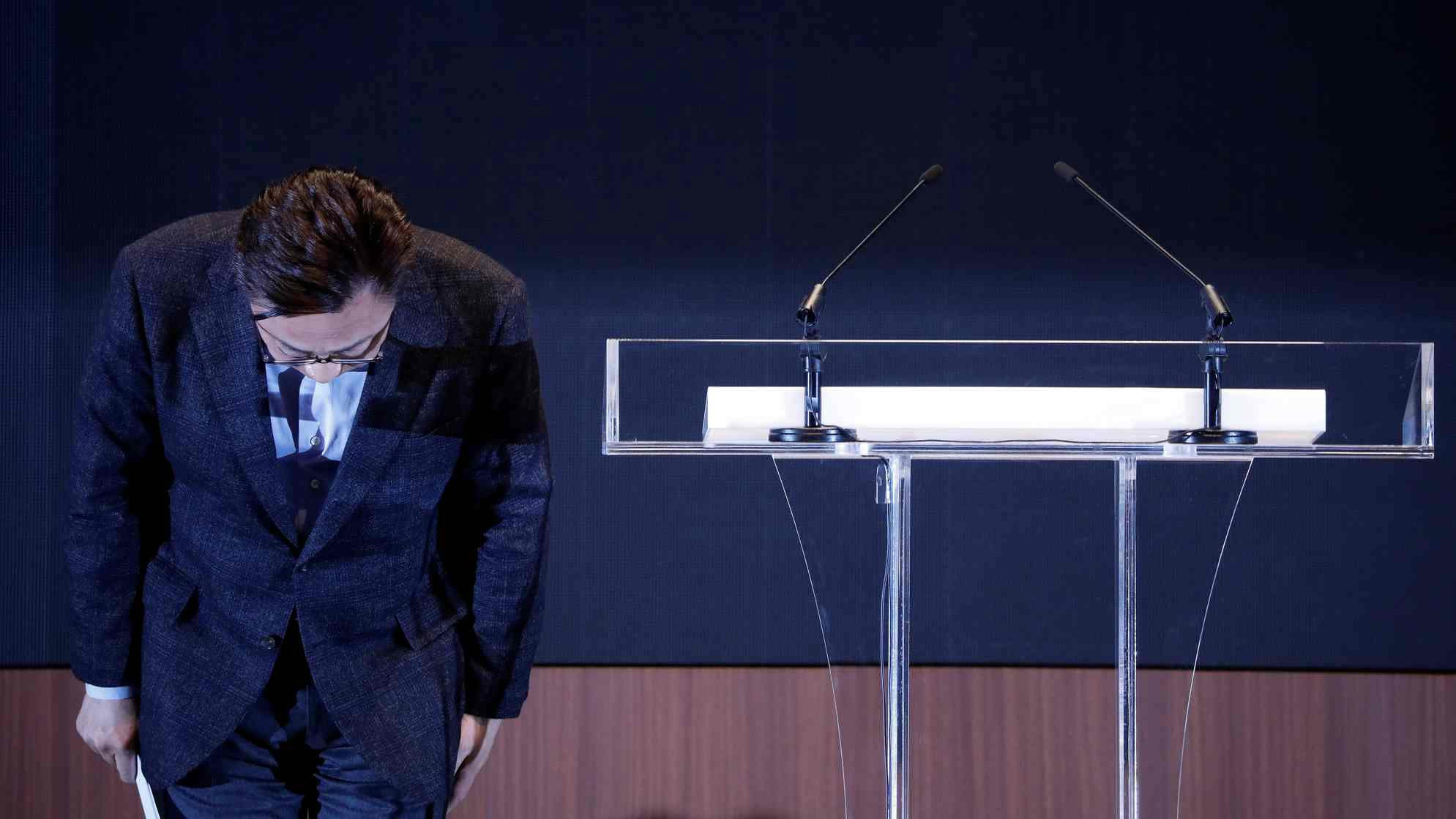 Koh Dong-jin, president of mobile communications business, bows during a news conference at its headquarters in Seoul, South Korea, Jan. 23, 2017. /CFP Photo
"We look forward to moving ahead with a renewed commitment to safety. The lessons of the past several months are now deeply reflected in our processes and in our culture," the company said in a statement.
Reports of Note 7 handsets catching fire spread on social media soon after their August launch. A recall to replace the batteries did not solve the problem, prompting a second recall and a discontinuation of the model in October. 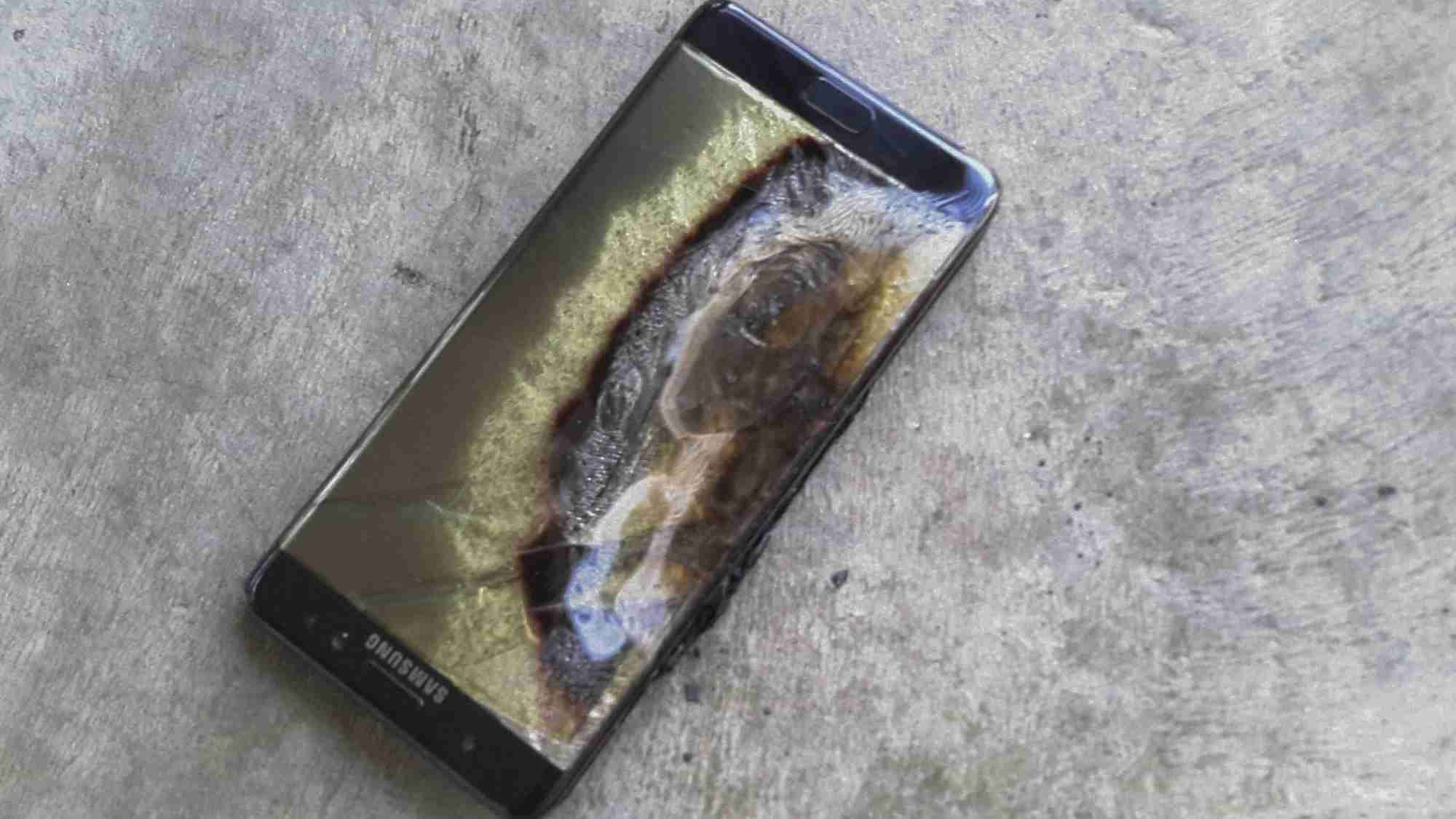 A burned Galaxy Note 7 smartphones /CFP Photo
Despite the impact of the Note 7's demise, the South Korean firm expects fourth-quarter operating profit to hit a more than three-year high, driven by booming chip sales. That forecast pushed Samsung's share price to a record high this month.
While Samsung Electronics' mobile division is expected to have bounced back from the Note 7 failure during the fourth quarter, investors remained cautious about the outlook due to uncertainty about how the Note 7 fires would affect sales of future flagship devices.
"Consumers will not be reluctant to buy the Galaxy S8, only if Samsung clearly finds out what caused the fires," Hi Investment analyst Song Myung-sup said. 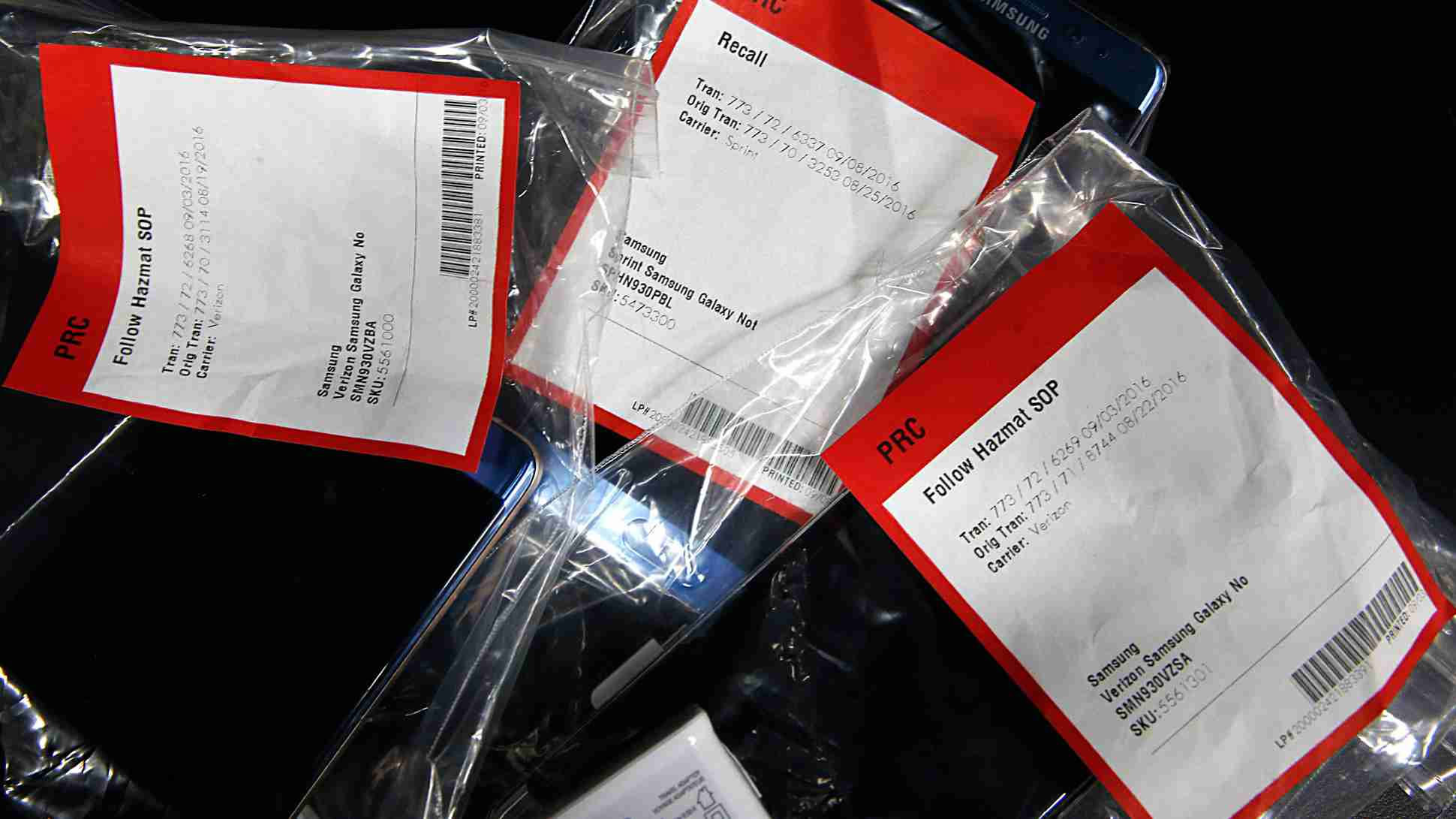 Several Samsung Galaxy Note 7 lay on a counter in plastic bags after they were returned to a Best Buy store in Utah, US, on Sep. 15, 2016 . /CFP Photo
The smartphone maker said it will not unveil its Galaxy S8 smartphone at the Mobile World Congress (MWC) trade show this year, suggesting the flagship model's launch may be later in the year than its 2016 version.
(Source: Reuters)
953km
Copyright © 2017