Over the past five years, 152 students from the First Middle School of Dancheng have enrolled at Tsinghua University and Peking University. The school attracts hundreds of thousands of visitors every year on its Open Day.
In Dancheng County of Henan Province in central China, over 12,000 students take the National Higher Education Entrance Examination each year, and 70 percent of them are admitted to universities. Among those, 60 percent are from rural families.
What’s the secret behind this small and poor village, the home to 152 Tsinghua and Peking University students?
The secretary of the Party in Dancheng revealed that apart from the school’s advanced educational philosophy, the rural area also benefits from support in national policies and from local government. 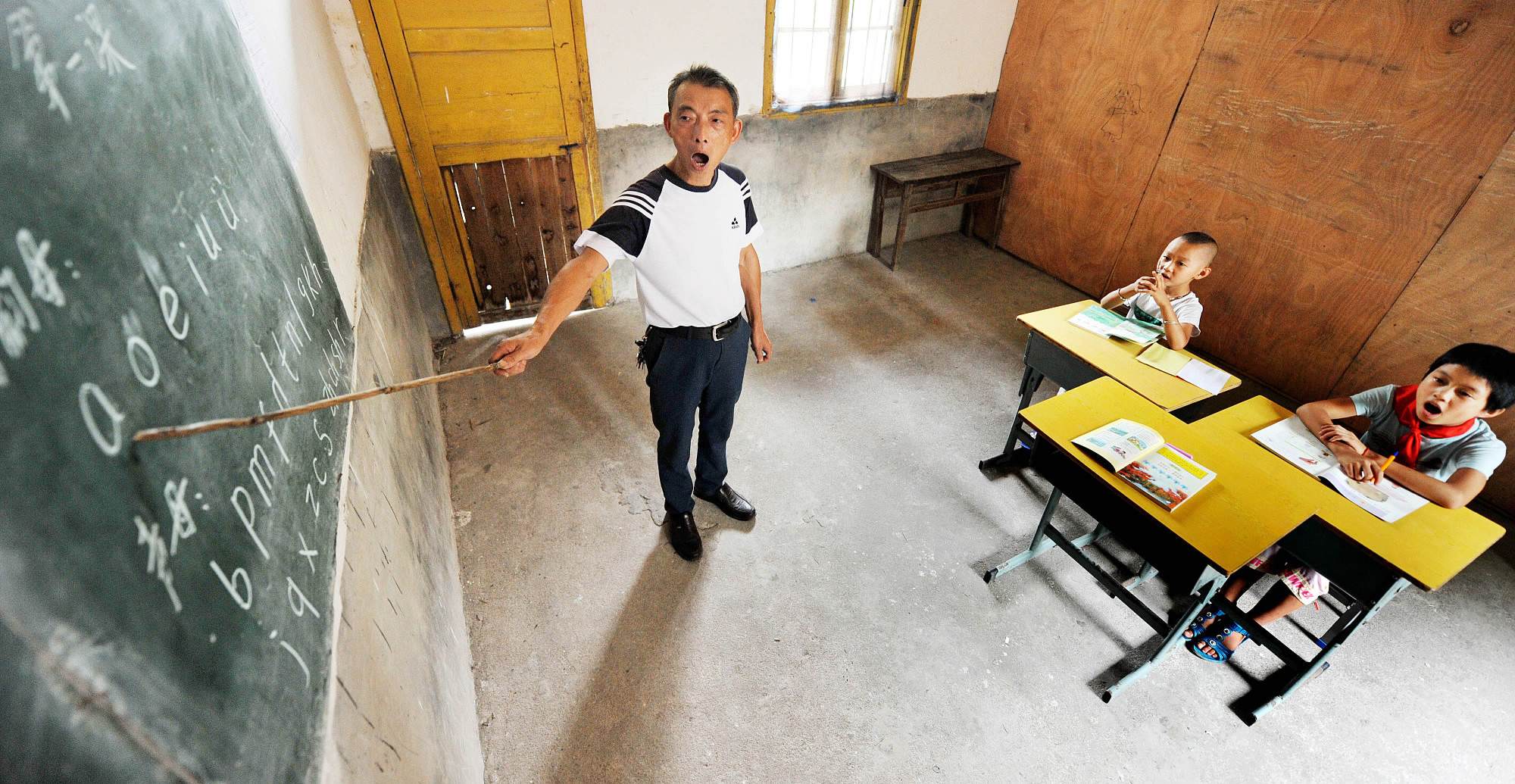 CFP Photo
The Chinese government has stressed solid implementation of poverty precision-relief measures and will push forward a series of projects to ensure poverty to be eliminated by 2020 as planned.
Via a special program started in 2012, the nation’s top universities aim to recruit 10,000 students from registered poor counties.
In 2016, Dancheng had 2,131 students -- the largest number in Henan Province -- admitted into the first-batch of universities. A total of 556 of them benefited from the special program that is designed to recruit students from rural areas.
As the program continues, the number of students who have benefited has risen from 10,000 to 63,000 this year nationwide.
This marks the fourth increased enrollment targeting poor areas since 2013, with an estimated over 25,000 poor students recruited to study at key universities.
With the national policies emphasizing education of poor students, the local government of Dancheng County increased financial investments and aids in education, which now takes 30 percent of local government expenditure. Dancheng County has invested 600 million yuan (87 million US dollars) in the past three years and provided preferential measures, including listing on government payroll for new teachers, aiming to recruit more than 300 teachers per year.
Teachers are the most valuable education resources, as Premier Li Keqiang said, adding that greater education equality depends on more teachers serving underdeveloped regions. With the increasing spending in education, the First Middle School of Dancheng now has over 530 teachers, 200 of them achieved high-level degrees in education.
From 2014 to 2016, the county funded 210 million yuan (30 million US dollars) in transforming poor conditions in schools into modern ones and 309 rural school construction projects have been implemented. 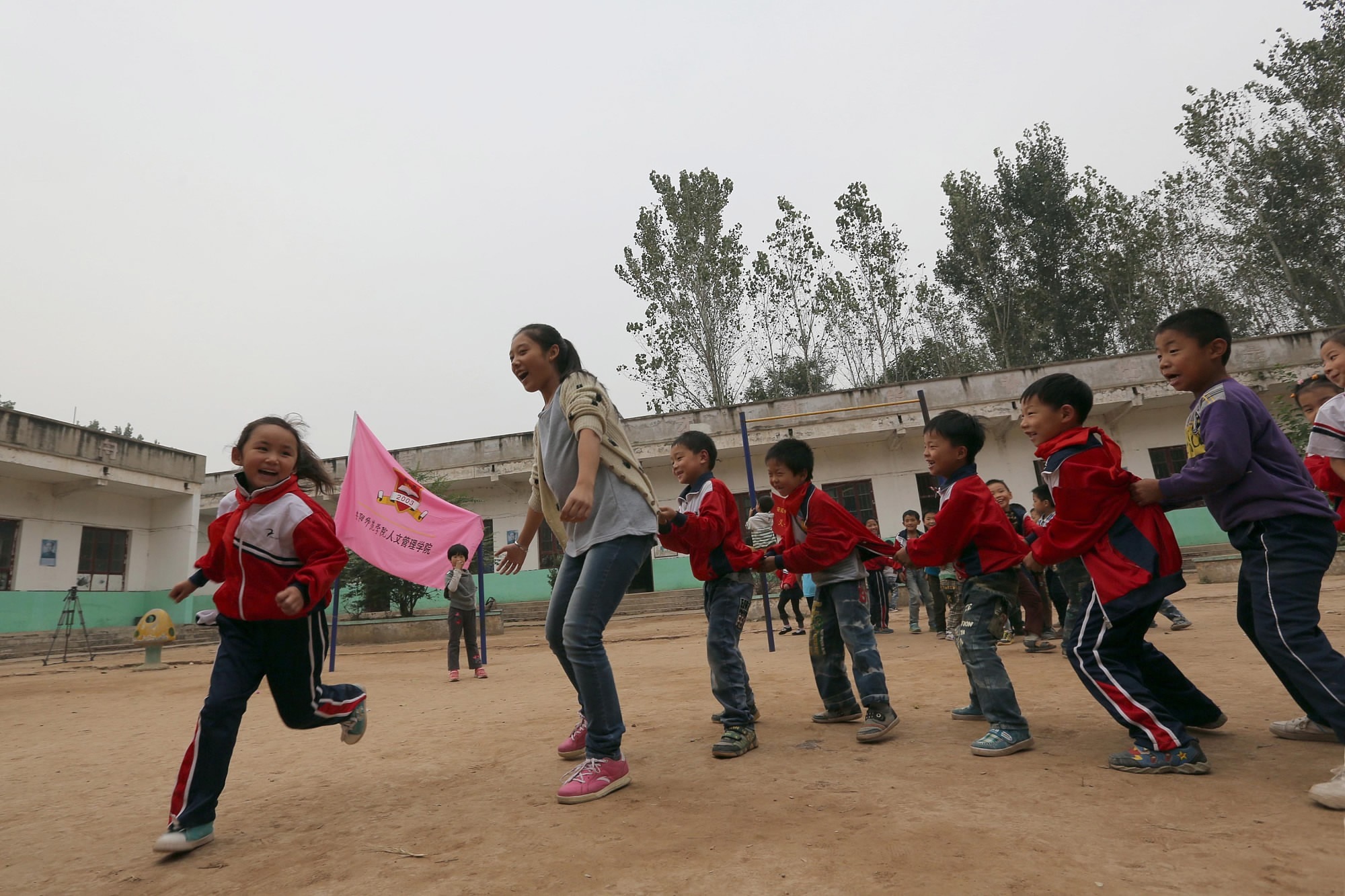 CFP Photo
The improvement of school conditions as a result has attracted more students to come back to rural schools, in which they could enjoy equal quality of educational resources as in developed areas. Chen Kuaikuai, who moved to Liaoning Province with family, has returned to her origin village in Dancheng County as, in her opinion, the First Middle School of Qiuqu could provide her with a better education than in Liaoning.
In addition, Dancheng County has set out a policy to make financial donations to sponsor students. The county also established a financial assistance center for students, which has financed 163,000 students with 190 million yuan (27 million US dollars).
“Education fairness is the basis of social justice, so that every family’s children can have the opportunity to receive a better education,” Premier Li stressed at a State Council executive meeting, while asking related departments to focus on how to promote education fairness when formulating the 13th Five-Year plan on education development.
Copyright © 2017