Sweat no more as autumn creeps into China 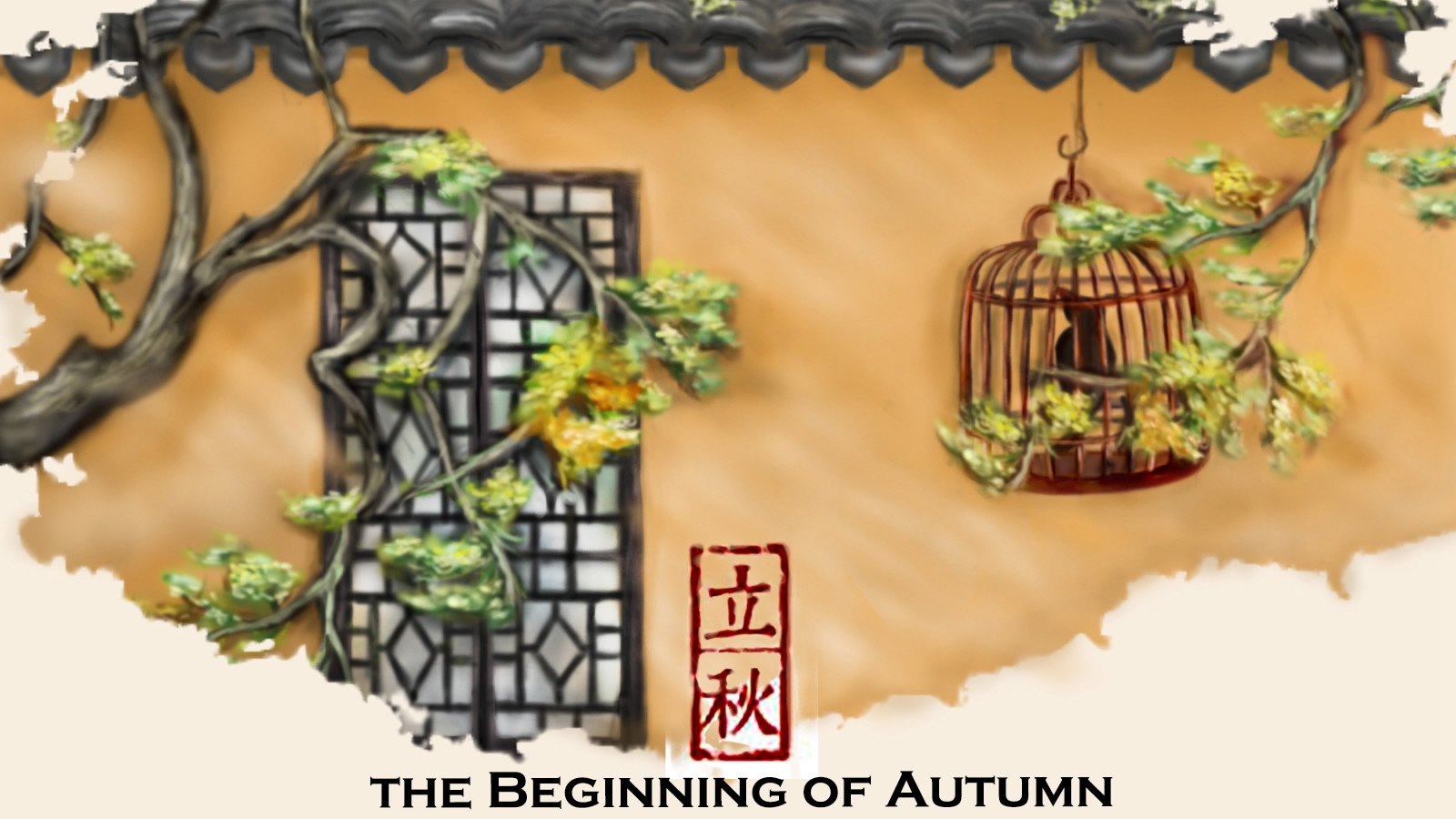 Even the sweltering heat is still overwhelming and far from receding in China, the autumn has already crept in bringing with it a tinge of coolness.

Monday marks Li Qiu, the "Start of Autumn," which is the 13th of the 24 solar terms and the first one of autumn in the Chinese lunar calendar. It is the beginning of a harvest season, as well as when the weather starts to cool down after dozens of intolerable hot summer days.

Li Qiu usually comes in the middle of the "Sanfu," also known as the "dog days of summer" that lasts about 40 days, so the heat would usually linger until mid-September. This period of time is nicknamed by the Chinese as "Autumn Tiger." 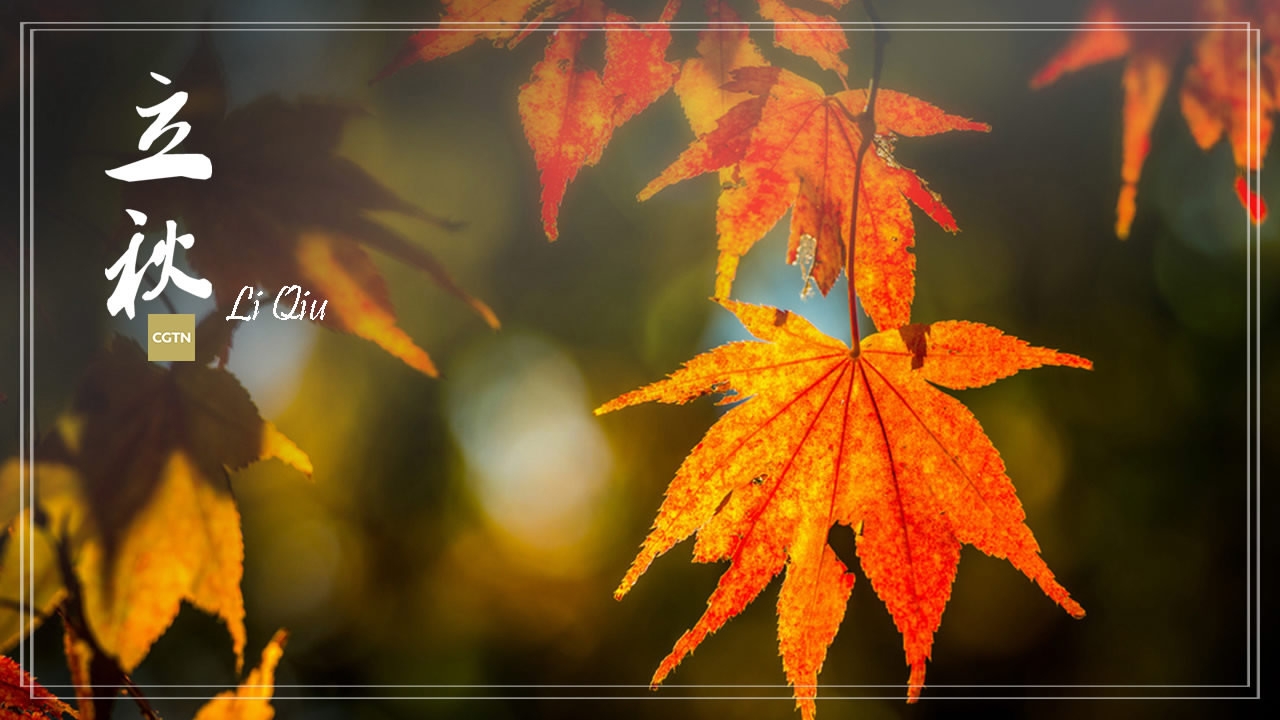 Get to know the "Start of Autumn" – Li Qiu

Fierce as the "Autumn Tiger," the autumn could not be stopped or intimidated since its intrusion is usually catlike and undetectable. The ancient Chinese has quite a collection of idioms and poems to describe the "cunning" autumn, such as "It is only upon the falling of a leaf, the world is aware that the autumn's arrived."

According to historical records, during the Song Dynasty (960-1279), the imperial astronomer would even move a potted Chinese parasol tree inside the court on the day of Li Qiu and report the exact time of autumn's beginning when at least one leaf fell.

Among the three pentads that divided the solar term into three parts, cool wind, fog and winter cicada would come up one after another, as the autumn goes on. 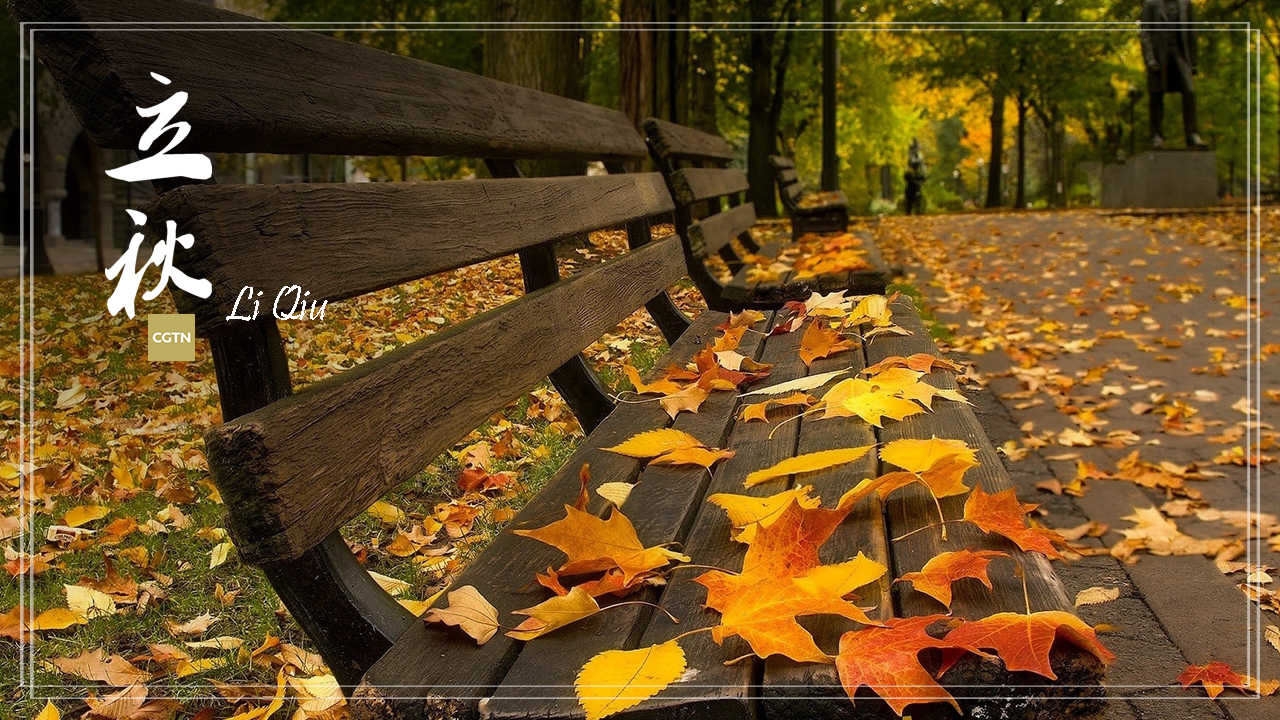 The day of Li Qiu is of great importance to the Chinese farmers who have relied on the 24 solar terms to arrange their farm work since the ancient time. By observing the weather during the days of Li Qiu, most of the farmers are capable of judging when to plant the Chinese cabbage and winter wheat, and how to take care of the crops to secure the later harvest.

How do Chinese celebrate the day?

In many areas of China, the day is celebrated by "Shai Qiu." Taking advantage of the sunshine, people bask their crops on their balconies or rooftops. Villages decorated with various colors of crops patches bathing in the sun have gradually developed into a typical Chinese rural scenery during the autumn. 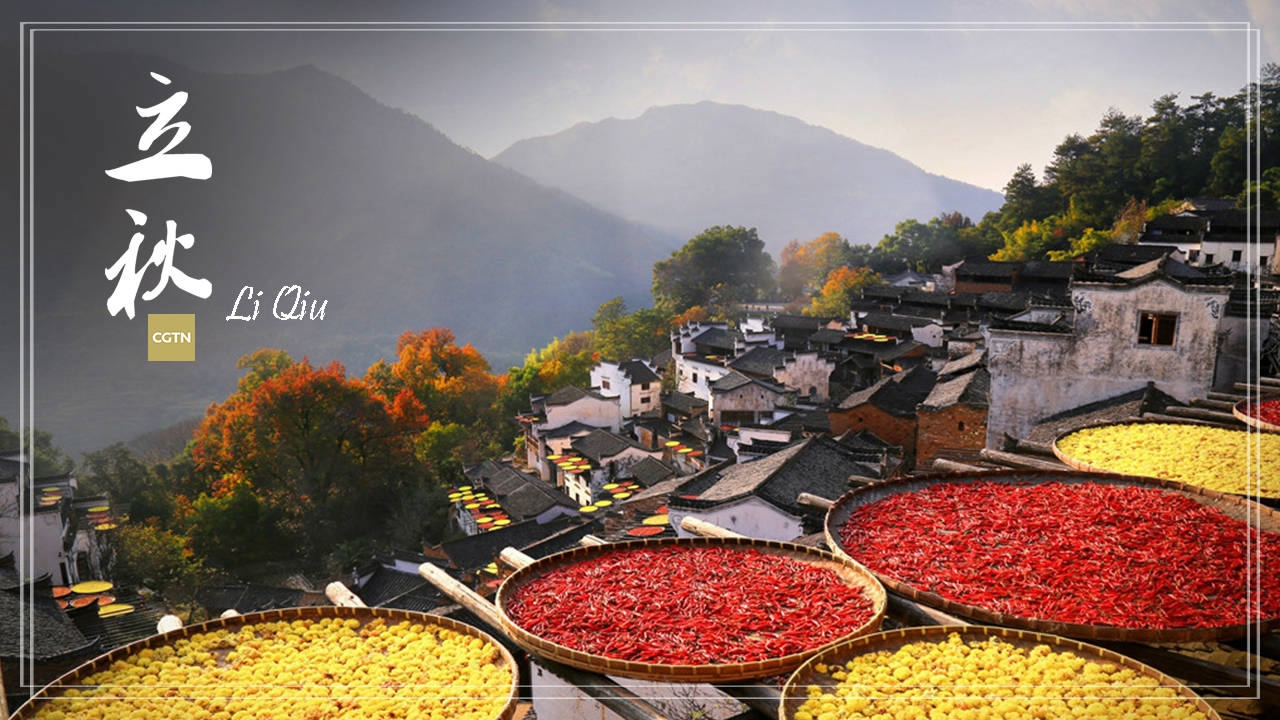 The event of "Shai Qiu" in Huangling village, eastern China's Jiangxi Province, has been adopted as one of the symbolic Chinese sceneries and has attracted tens of thousands of visitors and photographers every year.

There are also autumn bazaars in some area, a kind of outdoor markets in the rural areas where people trade livestock, food, cloth and tools. 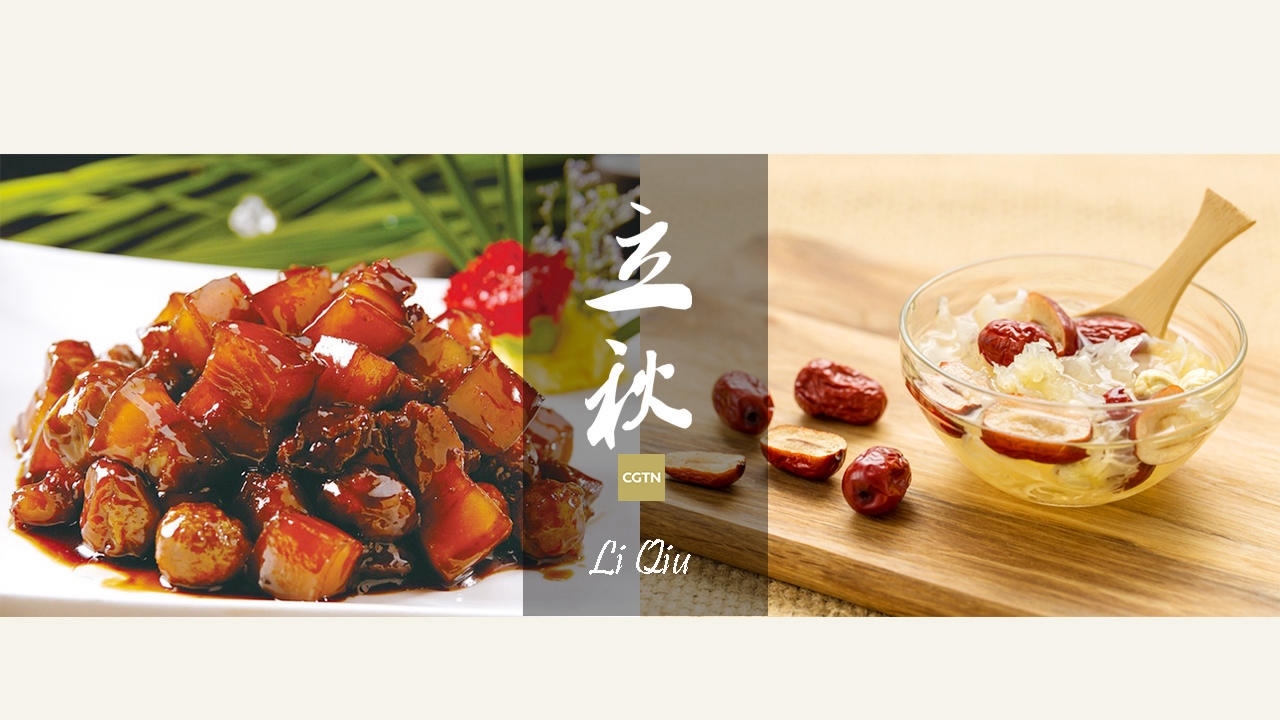 With the weather cooling down, it is finally the time to regain the lost appetite during the summer. Chinese people believe that it is the time for them to start getting prepared for the winter by gaining a little bit weight and taking in richer nutrition.

Meat is preferable at this time of year. Pork in brown sauce, ribs and barbecues are widely loved food. Nowadays, as people prefer a healthier way of life and lighter food, melons, cucumbers, pumpkins, wax gourd and water melons are all suitable food for choice. 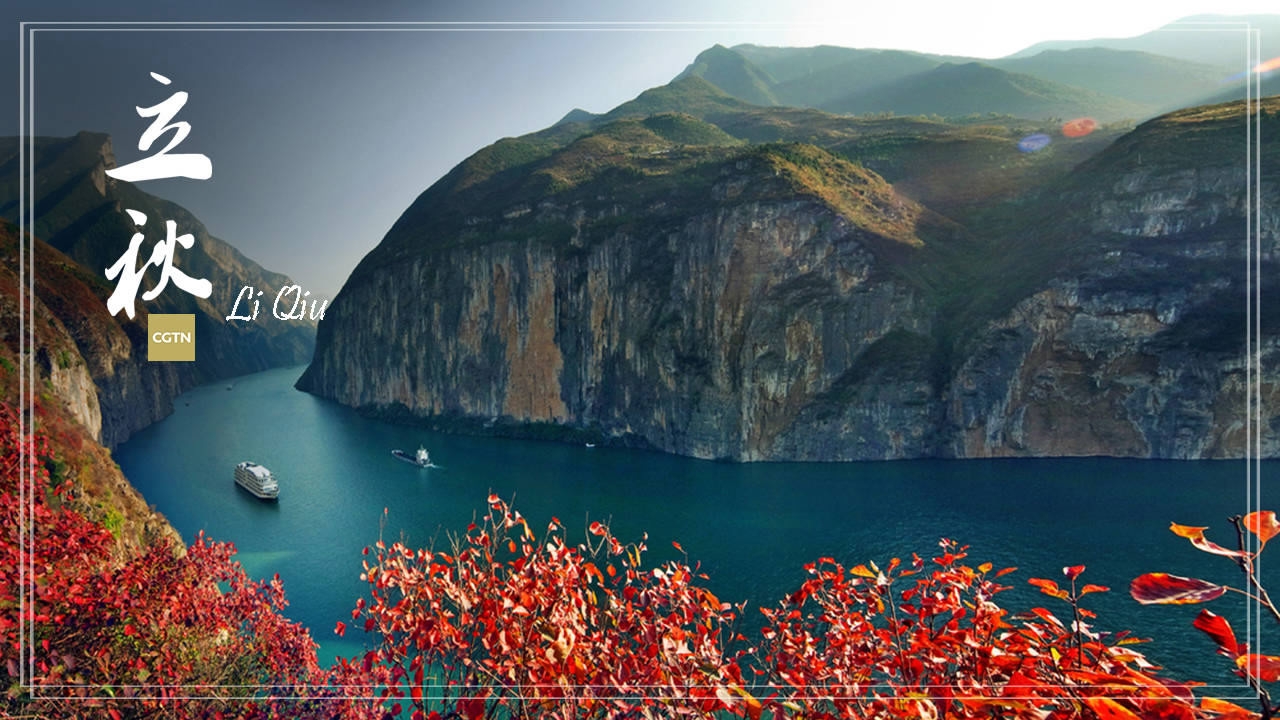 Besides all of that, autumn, with its unparalleled scenery of sunset, evening glows and rich variety of colors, is also a season that inspires many Chinese poets and authors.

The following one written by poet Liu Yuxi from the Tang Dynasty (618-907) gives a taste of the whole picture. Have you felt the coolness dangling in the air yet? 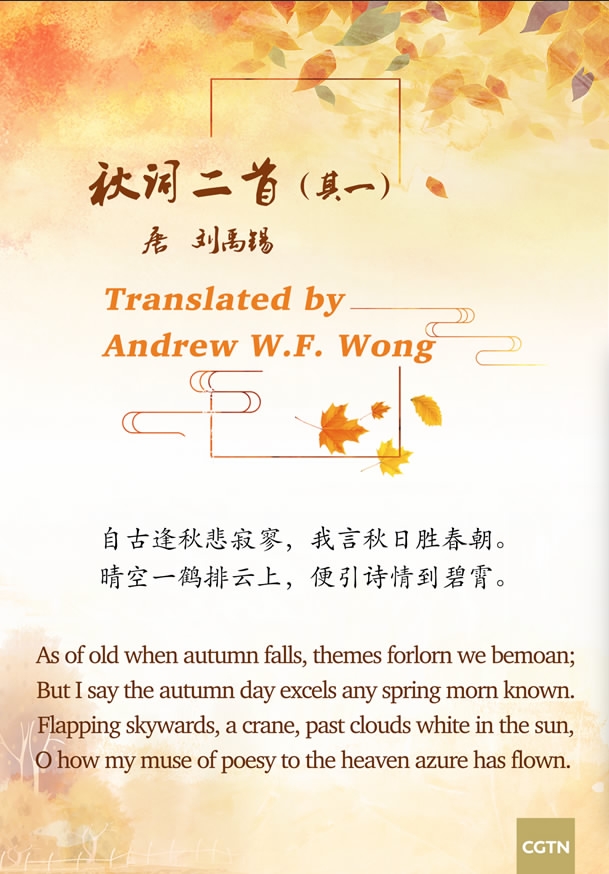