In recent years, the fruit avocado has become synonymous with a healthy, middle class lifestyle. The success of avocado has also been one of the biggest marketing success stories in China in recent years. In 2010, China imported less than two tons of the fruit, but the volume has skyrocketed since then. Last year, China imported an incredible 25,000 tons, and they are now available in many supermarkets and western restaurants nationwide. 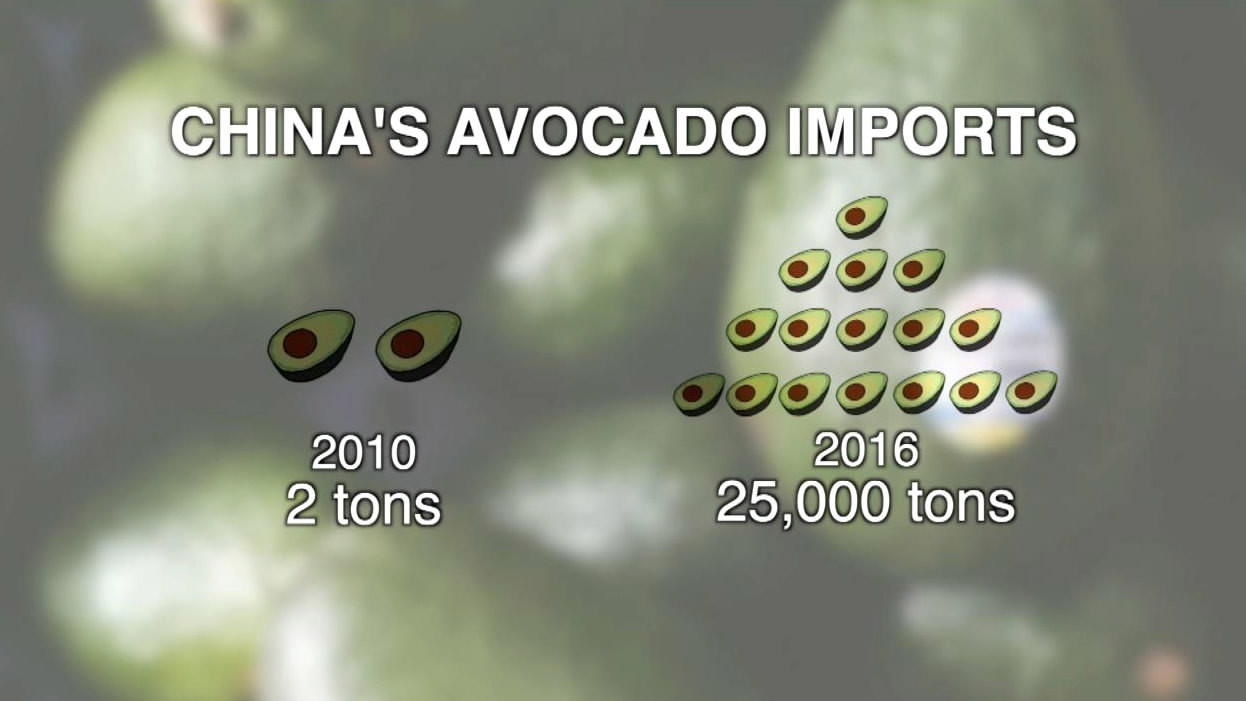 The import of avocados in China has been rising exponentially. /CGTN Photo

Andrea Bertuola is the founder of Italian restaurant chain Alla Torre in Shanghai. "Avocados have become so popular recently. Every day, guests order one or two dishes based on avocados”, he said.

It's become such a trend, that chefs are adding avocados in many traditional dishes. "Look, we put it on the pizza, which is funny, avocado pizza. Avocado pesto with pasta, avocado brunch... egg, salmon, avocado Benedict,” said Bertuola. 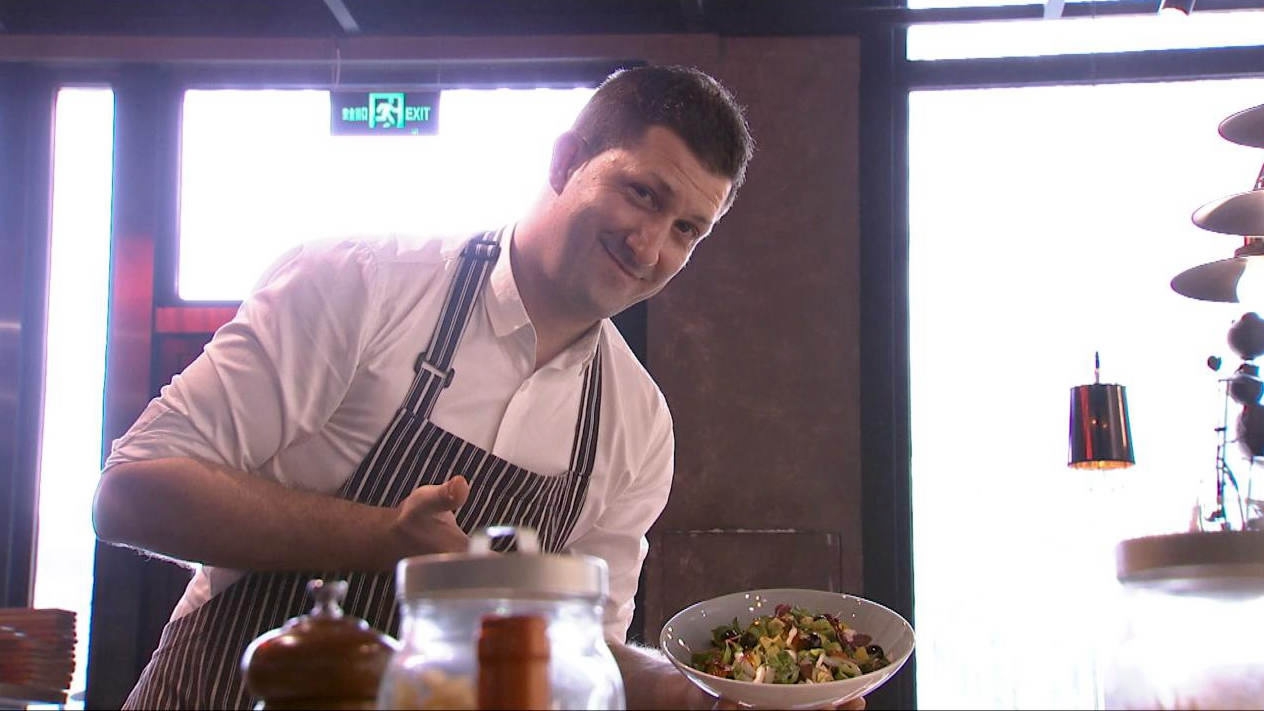 For many urban Chinese in first tier cities, having brunch on a weekend with a cocktail and some exotic avocado dishes has become part of the quintessential middle class lifestyle. Why is that?

Experts say it's the result of a well-designed marketing operation. When this creamy fruit was marketed to western consumers in the early 20th century, it was called the Alligator Pear, and people didn't like it. Since then, sellers kicked off a marketing campaign, which involved changing its name to the more exotic sounding avocado, and aggressively promoting the health benefits of its healthy levels of unsaturated fat.

"This is good fat, we all need good fat. Avocado is the best source for good fat. Any food gets better with avocados,” said Ramon Paz-Vega, an adviser to Mexico’s Association of Growers and Packer-Exporters of Avocados.

The marketing campaign worked. Celebrities, super models, and people all over social media fell in love with it. Finally, it caught the attention of China's Internet savvy younger generation. 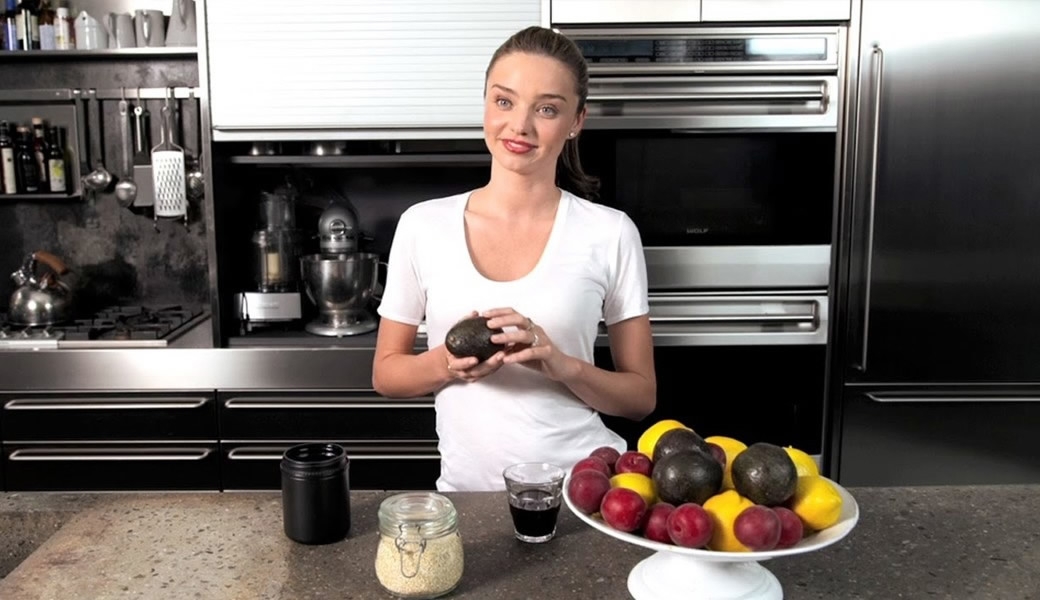 Exporters are excited. Currently all avocados in China are imported, and Mexico claims the lion's share, followed by Chile and Peru. 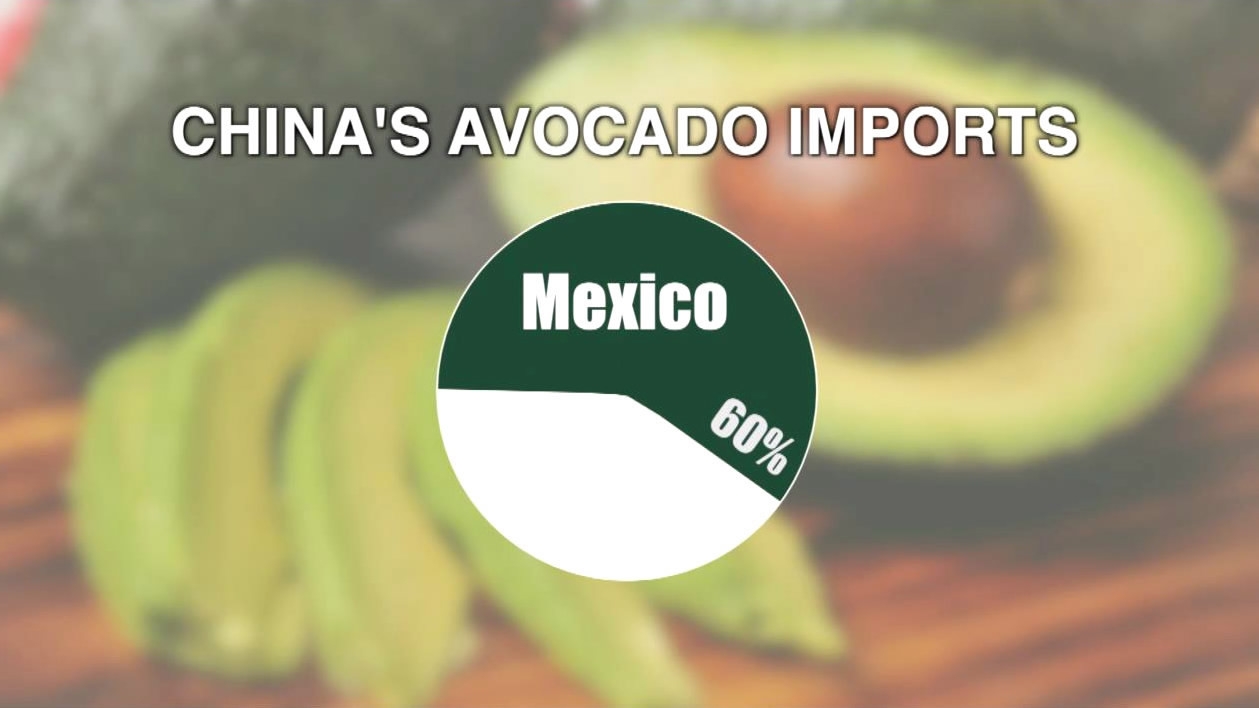 Mexico accounts for about 40 percent of world avocado trade and 60 percent of avocado imports in China. /CGTN Photo

"Now we want to focus on the Chinese market with our promotions. We see that it can continue growing, and we believe we can be close to 60,000 tons by year 2020,” said Ramon Paz-Vega.

China has become the fastest growing avocado market for the top three producing countries, with the price of the fruit increasing worldwide as a result of the surging demand and reduced harvests in 2017.