Brexit: how will it affect the UK’s relations with China?
POLITICS
By Zhang Ruijun

By CGTN's Tian Wei
It's the crucible for Britain's divorce with the European Union. The British government won final approval from parliament on March 13 for legislation giving Prime Minister Theresa May the power to trigger the country's exit from the EU.
After members of the House of Commons voted earlier on Monday to throw out changes to the bill made by the House of Lords in recent weeks, the upper house also agreed to pass the legislation un-amended.
The bill will now be sent to the queen for symbolic approval, leaving May ready to start a two-year negotiation period, as set out in Article 50 of the EU's Lisbon Treaty. The prime minister has pledged to trigger Article 50 of the EU treaty by the end of March. 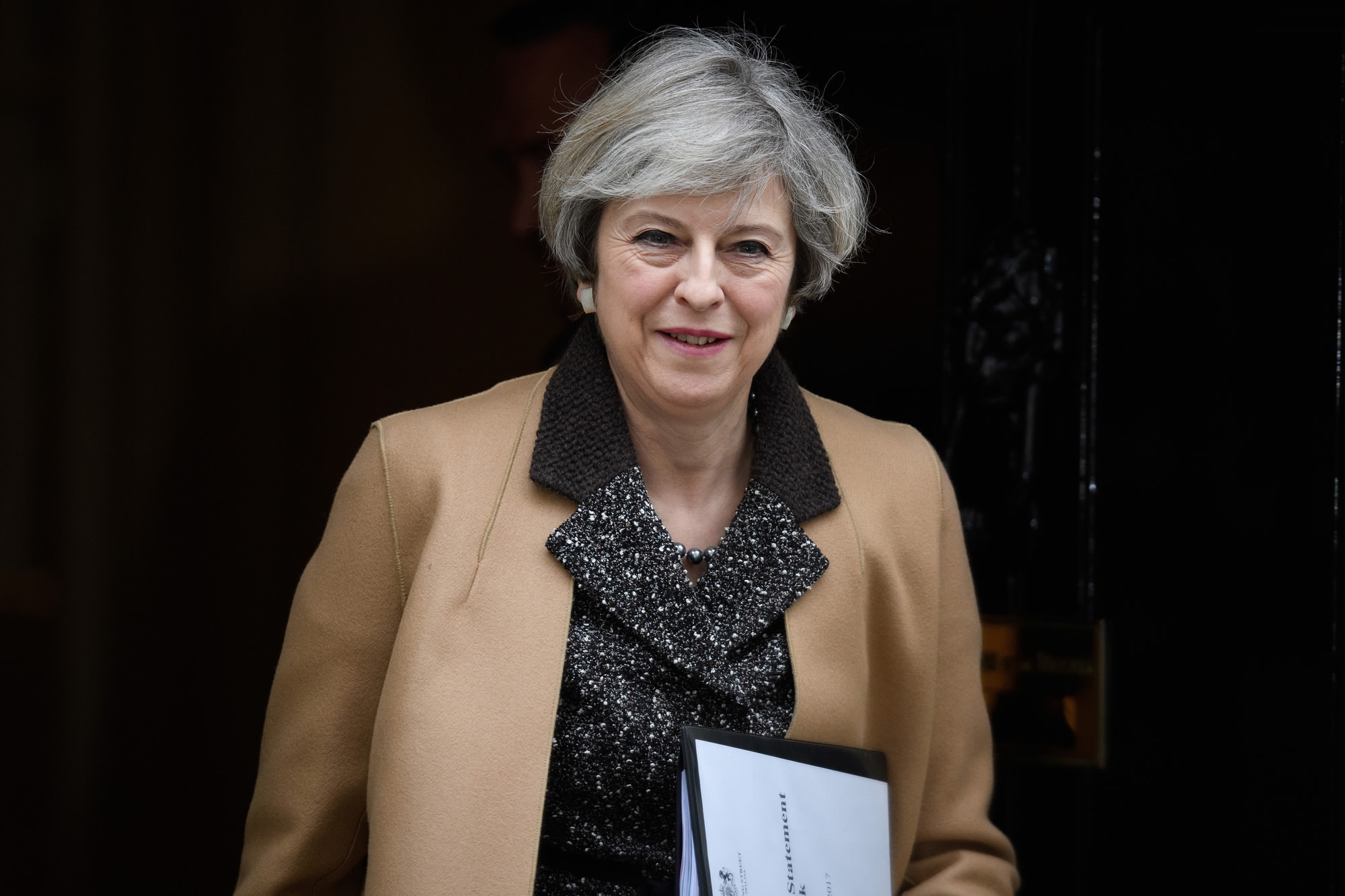 British Prime Minister Theresa May leaves 10 Downing Street before delivering a statement on the EU Council meeting to the House of Commons on March 14, 2017 in London, England. /CFP Photo
May has said the UK is prepared to make a clean break from the European Union's common market, or what has become known as a "hard Brexit."
The British prime minister suggests Britain will not be "half-in, half-out" of the EU" or "hold on to bits of membership as we leave", as she lays out her negotiating objectives.
“The big question mark is what form of Brexit it would be. We need to be much feared for a ‘hostile Brexit’,” said Iain Begg, who is a Professorial Research Fellow at the European Institute of the London School of Economics and Political Science.
Professor Begg said there was a significant risk that it would be “hostile” or even a “car-crash” Brexit, which will get in the way of British relations not only with the rest of the EU but also countries like China that regard the UK as a good platform from which to access to the EU.
00:00
00:00
‍
The critical time to decide on Brexit also marks the 45th year of diplomatic relations between the UK and China.
Cui Hongjian, the director of the Department for European Studies at the China Institute of International Studies, said: “China sees the UK as an important partner. Especially as China has been working with the UK on fighting against protectionism."
But now the frame is changing. Cui explained that China has a broader vision on the EU. “China is not only looking at the EU as a whole, but we are now trying to develop bilateral relations with its members” added Cui.
00:00
00:00
As the first major Western country to recognize the People's Republic of China in 1950, the UK has also kept special ties with China.
After the smooth return of Hong Kong to China in 1997, a major issue was solved and, in 1998, China officially established a comprehensive partnership with Britain.
In May 2004, China raised the level of relations with a comprehensive strategic partnership with the UK. After more than a decade, in 2015, President Xi Jinping visited the UK, seeking to usher in a "golden time" for bilateral ties.
Brexit would redefine Britain's position in the international community, and along with it change the nature of the UK's foreign ties, including that with China.
Copyright © 2017