What does Xi-Trump meeting mean for bilateral relations?
POLITICS
By Gong Zhe

By CGTN's Ding Dai‍
The US State Department says it is in the thick of preparations for a meeting between President Donald Trump and his Chinese counterpart, Xi Jinping. The details of the meeting are expected to be revealed during US Secretary of State Rex Tillerson's visit to Beijing this week.
On Monday, White House Press Secretary Sean Spicer confirmed the meeting but was not ready to announce a date. He added that the situation on the Korean Peninsula would be high on the agenda. 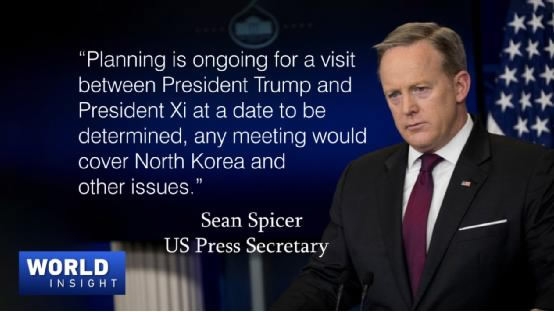 Designed by Zhao Fei from World Insight with Tian Wei. /CGTN
The meeting could set the tone of China-US ties under the Trump administration.
"The first ever meeting between the two presidents will decrease uncertainties and increase certainties about bilateral relations" said Yang Xiyu, who is a senior fellow at the China Institute of International Studies. Yang told World Insight with Tian Wei (@worldinsightTW) that the meeting will set up a stable framework. It will help manage sharp differences between Beijing and Washington, and act as a platform for continuing existing cooperation.
01:05
01:05
01:05
CGTN Video
Douglas Paal, who is the vice president of the Carnegie Endowment for International Peace, thinks that the personal meeting will give both sides a chance to cut through on the ongoing debate. "A personal relationship may give Trump a greater sense of confidence that we don't have to erect defenses against China in many areas" said Paal during an interview CGTN's World Insight with Tian Wei.
01:05
01:05
01:05
CGTN Video
Trump's attitude toward China did not start so well. In last year's campaign, he accused China of manipulating its currency and of, essentially, stealing American jobs.
Since he took office, the US president's attitude changed and ties somewhat improved. In February, Trump agreed in a phone call with President Xi to honor the long-standing one-China policy and has also written to Xi since seeking "constructive ties." 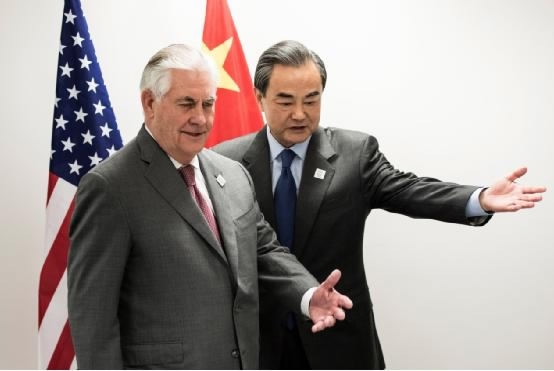 US Secretary of State Rex Tillerson (L) and China's Foreign Minister Wang Yi take their seats before a meeting on the sidelines of a gathering of foreign ministers of the G20 leading and developing economies at the World Conference Center in Bonn, Germany, February 17, 2017. /CFP Photo
Trump's promise was soon followed and reinforced by his Secretary of State Rex Tillerson's friendly meeting with China's Foreign Minister Wang Yi. They both agreed "the definition of China-US relations can only be friendly."
There may be more bumps down the road, but the relationship seems poised to find win-win opportunities.
Copyright © 2017