Looking China is a short film series made by a group of young film directors from over 20 countries. They traveled to various places across China, making films and exploring Chinese culture with the help of students from local universities.
This short film focuses on the current situation and the passing down of the art of shadow play, and tells its long history of over a thousand years.
Different kinds of new technology are constantly emerging in modern China. While people enjoy their many benefits and conveniences, beautiful traditional heritage is gradually being forgotten. 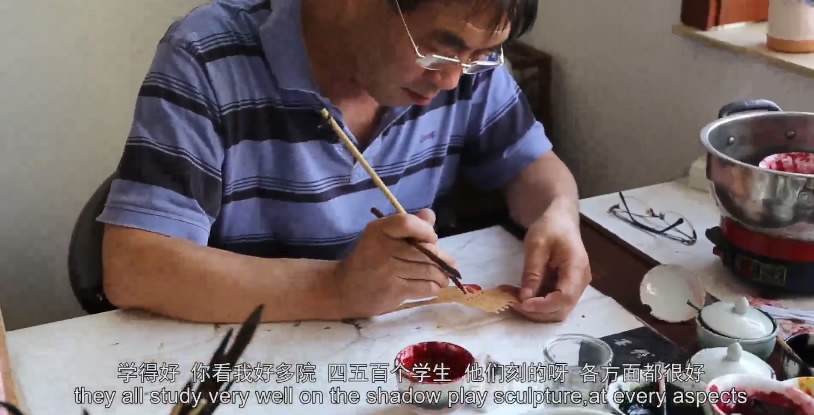 A screen grab of the film "Dancing Shadow" shows the process of making shadow puppets. /‍Hwang Woo-seung
Compared to watching shadow play performances, people today prefer to watch movies and TV series. Under this situation, what is the fate of shadow puppetry?
Watch this short film "Dancing Shadow" by Hwang Woo-seung, a young director from South Korea’s Chung-Ang University, to learn more about this vanishing traditional art.
Looking China is a short film series offering a glimpse of China through the lens of 20 foreign filmmakers. We will be sharing more of their stories over the coming days and weeks.
Copyright © 2017