Details of the murky land deal involving Japanese Prime Minister Shinzo Abe and his wife Akie Abe keep unfolding, with the latest twist seeing the president of the nationalist school operator at the heart of the scandal confessing that the first lady has given the institution a large sum of money.
Yasunori Kagoike, head of Osaka-based Moritomo Gakuen that bought a state-owned land at a massively discounted price to build an elementary school, said he received 1 million yen (over 8,900 US dollars) in donation from Akie Abe during a sworn testimony at the parliament on Thursday.
Abe has staunchly denied having any connection to the ballooning scandal and has justified his wife’s position as honorary principal of the elementary school in question. 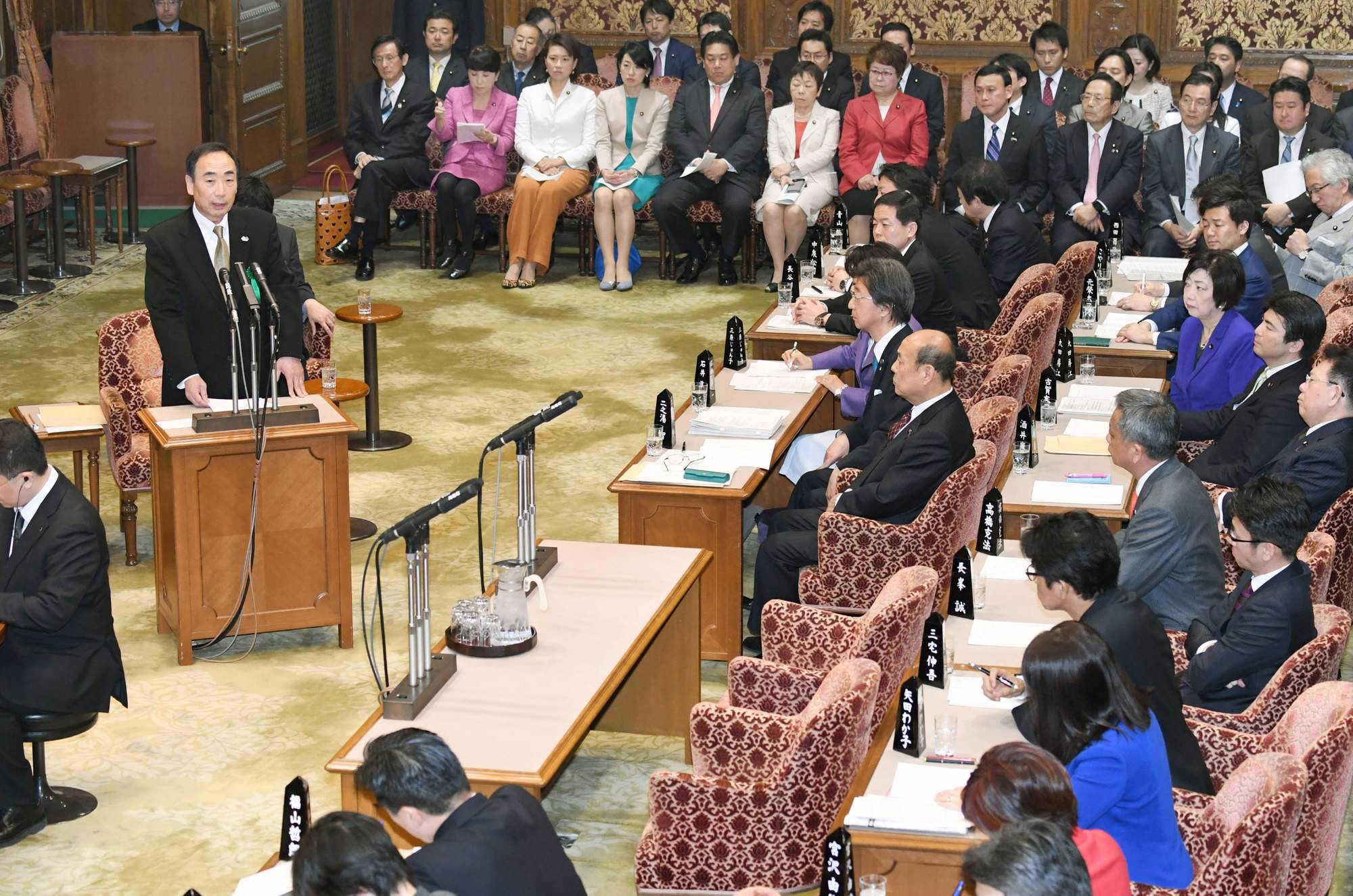 Yasunori Kagoike (C), head of a nationalist Osaka school operator at the center of a growing political scandal connected to the prime minister and defense minister, attends an upper house panel in Tokyo on March 23, 2017. /CFP Photo
Kagoike gave the testimony before the House of Councilors Budget Committee in the morning. He will move to the equivalent House of Representatives panel in the afternoon.
He said that he had received money from Abe's wife in 2015 when the two of them were alone in a room at the school.
"She said 'please, this is from Shinzo Abe,' and gave me an envelope with 1 million yen in it," Kagoike said.
The Japanese prime minister has previously offered to resign if evidence of his involvement were brought forward. 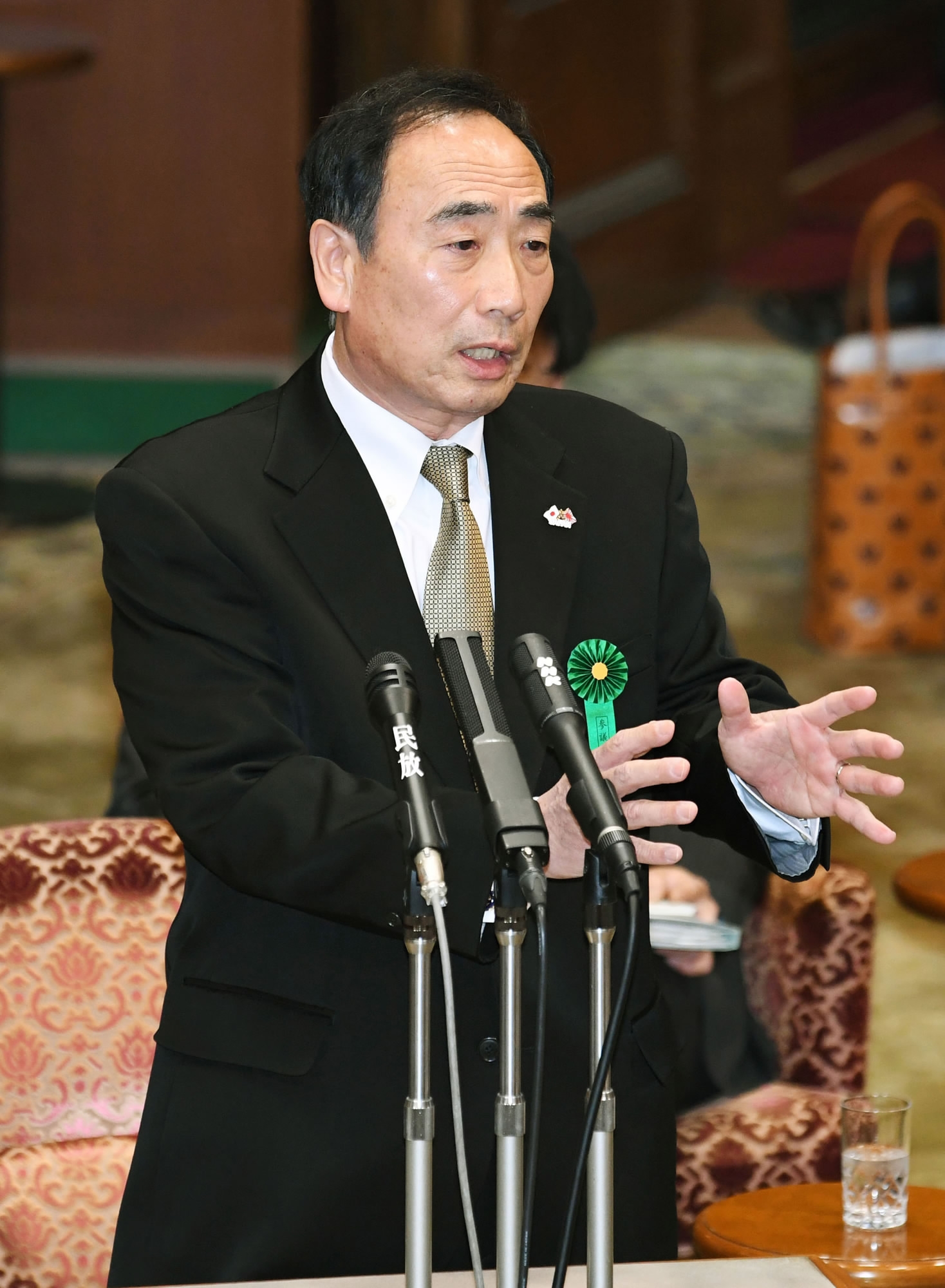 Yasunori Kagoike, head of a nationalist Osaka school operator at the center of a growing political scandal connected to the prime minister and defense minister, attends an upper house panel in Tokyo on March 23, 2017. /CFP Photo
"Abe's wife apparently says she doesn't remember this at all, but since this was a matter of honor to us, I remember it quite vividly," Kagoike noted.
He also added that the first lady contacted him via email asking them to keep the donation on the down low.
When answering questions from a lawmaker from the Liberal Democratic Party (LDP) about the sweetheart land deal, Kagoike said under oath that he believed there was politician intervention.
Kagoike can be illegally punished if he gives false testimony or refuses to testify without an appropriate reason.
In the wake of the controversy, Akie attempted to distance herself from the new school, which has been under fire for its right wing educational messages, and stepped down as the honorary principal after having her support message taken down from the school’s website.
Other high ranking politician involved in the scandal include Defense Minister Tomomi Inada, who has been faced with calls for her to resign for lying about her ties with the school.
She has previously denied having represented Moritomo Gakuen or giving it legal advice in her days as a lawyer before she became a politician. However, she later withdrew the denial saying she had in fact given the operator legal counsel and represented it in a trial.
She claimed her memory was faulty.
Abe's support fell 10 points to a still-robust 56 percent in a Yomiuri newspaper survey published this week, the biggest drop since he returned to office for a rare second term in December 2012.
2108km
Copyright © 2017