Analysis: What China and US agree upon may be far more important than their differences
POLITICS
By Gao Yun

Guest commentary by Dr. Clifford A. Kiracofe
We are all too familiar with the differences between China and the US. Every time the US president sends out a tweet about “currency manipulation” or “trade deficits” the world’s media would highlight possible conflicts and differences between the two nations. But as we prepare for President Xi Jinping’s trip to the US, what they agree upon might be more useful to examine and be far more important for future global relations.
The informal summit between Presidents Xi Jinping and Donald Trump will significantly shape relations between the two major powers. Despite disagreements on some issues, there are key areas where the two sides can agree and work constructively.
The first key issue is the construction of a new type of major power relations. This concept was put forward by the Chinese side at the informal summit between President Xi and former President Barack Obama, who agreed on the concept.
The Obama administration, however, did not follow up on the concept, nor was it well-received in US think tanks, that were all too often subservient to the military-industrial complex’s priorities.
So will President Trump use the summit as an opportunity to advance the concept in practical terms as a framework for US-China relations?
Hopefully, the answer will be “yes.” The key principles behind the concept involve “non-confrontation”, “mutual respect”, and “win-win cooperation”. These concepts are often expressed in China, and are values long held in traditional international diplomacy which emphasizes negotiation and mutual benefit in the relations between sovereign states.
00:00
00:00
undefined
US Secretary of State Rex Tillerson emphasized these values, even using some of these key phrases, during his recent visit to China. By quoting the Chinese formulation he indicated that the US was on the same page in desiring a mutually-beneficial long term relationship. 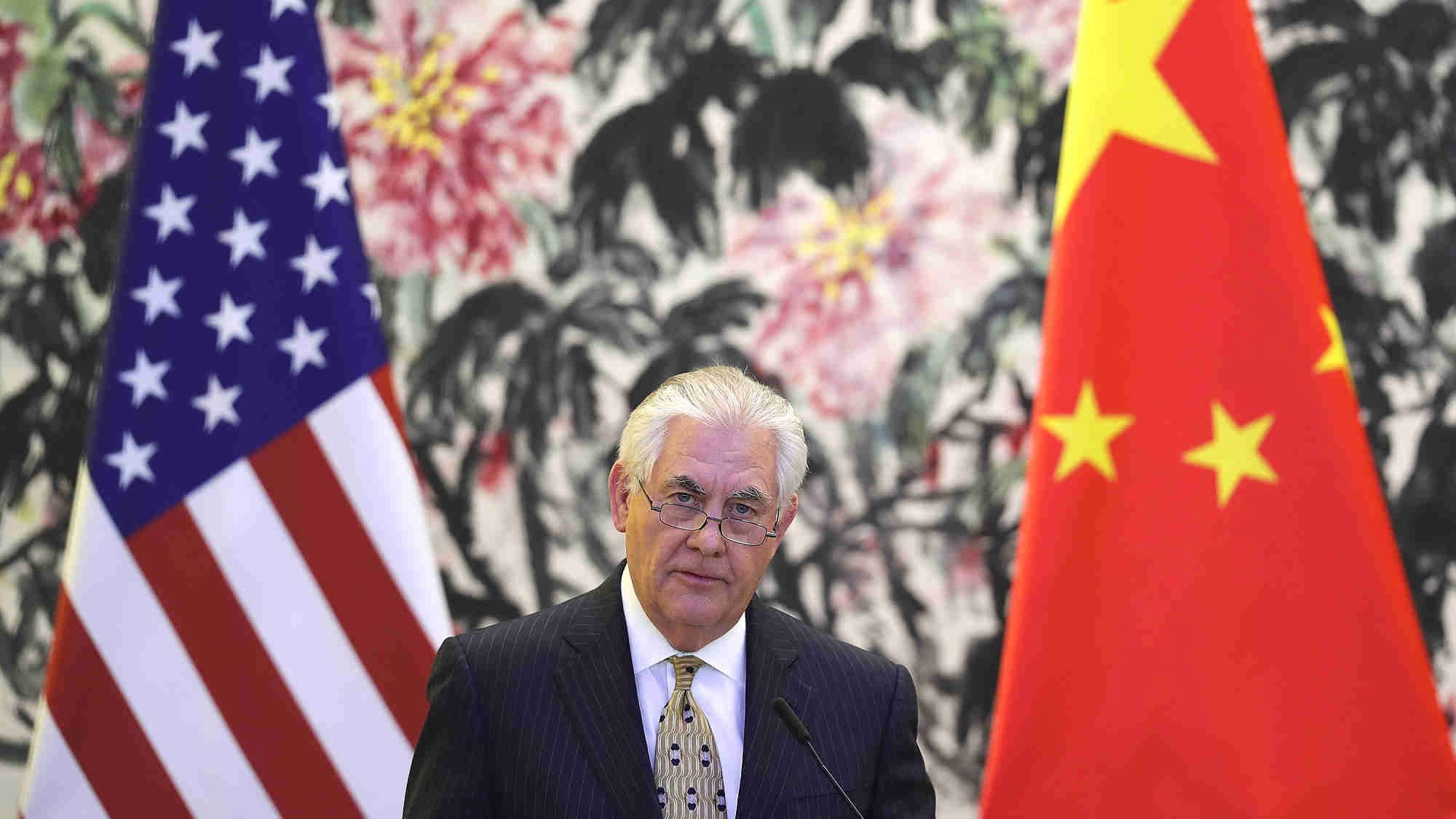 Secretary of State Rex Tillerson speaks during a joint press conference at Diaoyutai State Guesthouse on March 18, 2017, in Beijing. /CFP Photo
The task for the two leaders is to reinforce the concept of a new type of major power relations with concrete actions.
The second key issue involves developing economic relations.
Both countries agree that trade and investment are fundamental to their overall relationship. Both countries agree that expanding world trade and facilitating foreign direct investment benefits the international community.
However the devil is in the details.
Trade disagreements arise routinely between countries. China is a member of the World Trade Organization (WTO), as is the US, and that is the key venue for the settlement of trade disputes.
The China-US Security and Economic Dialogue process involves a number of mechanisms designed to facilitate and smooth out economic relations. This process must be strengthened.
As for investment, the two sides have been working on a Bilateral Investment Treaty (BIT) which must be moved forward as the new US administration is now in place.
The third area of agreement concerns international security.
Both sides agree that there is a severe problem with irresponsible leadership in Pyongyang and nuclear proliferation. The modalities of managing this potentially explosive issue have yet to be worked out between Beijing and Washington.
Clearly there must be close cooperation between China and the US to manage the situation on the Korean Peninsula. A neutralized Korean Peninsula with no nuclear weapons in the north or south, no US troops in the south, and no THAAD is a reasonable goal given the dangers of war.
Both sides also agree that international terrorism is a threat to global peace and security. Cooperation on counter-terrorism by China and the US must be a top priority.
With a framework for a new type of major power relations in place there are no issues that cannot be handled properly through restraint and constructive diplomacy. Hopefully finding even more areas of agreement.
(Dr. Kiracofe is an author and former senior professional staff member of the US Senate Committee on Foreign Relations. The article solely reflects the author's opinion, not the views of CGTN.)
Copyright © 2017