Shares in Hong Kong-listed China Huishan Dairy Holdings sank more than 90 percent on Friday, erasing about four billion US dollars from its market value.
‍779 million company shares changed hands, the highest volume of trade on the Hong Kong exchange on Friday. Its trade was suspended for the second time in three months.
It is not clear what triggered the massive slide. 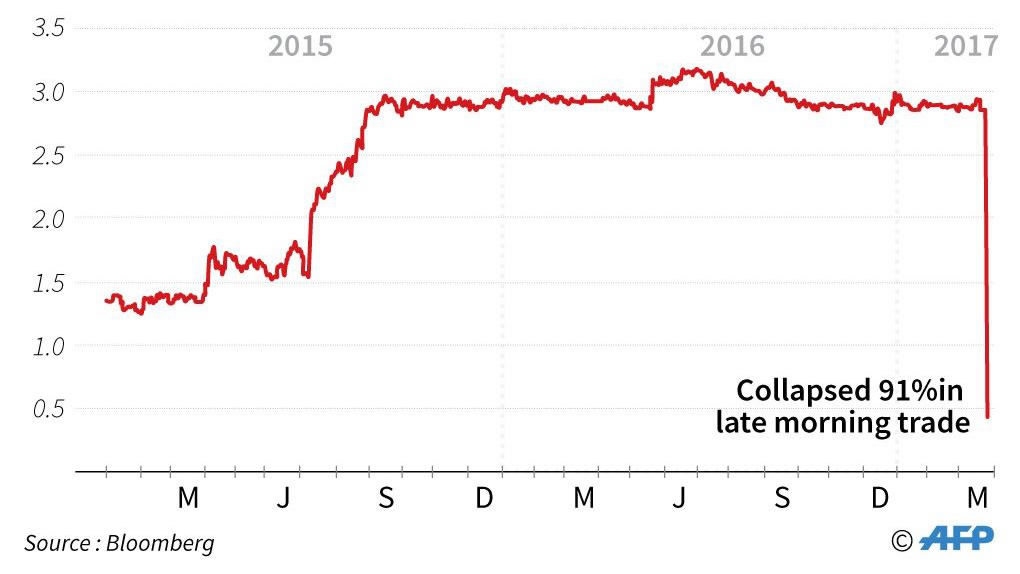 Trading in shares of China Huishan Diary listed in Hong Kong suspended on Friday. /CFP Photo
Short seller Carson Block’s Muddy Waters Capital LLC said last December that the company is “worth close to zero,” and questioned its profitability in a report. The allegations were refuted by Huishan Dairy at the time.
The shares fell to as low as 0.25 HK dollars before edging back up to 0.42 HK dollars when trading was halted. Before today, Huishan Shares had posted narrow fluctuations between 2.69 HK dollars and 3.23 HK dollars since the start of October 2015.
Officials for China Huishan were not available for comment.
China Huishan chairman Yang Kai controls the company through Champ Harvest, which owns 72 percent of the firm.
Yang was reported to have illegally diverted three billion yuan (around 440 million US dollars) from the company to invest in real-estate market, which hasn’t been officially confirmed or denied in any way yet.
Copyright © 2017