The union members from Taoyuan city’s airline protested in Taipei on Friday, saying that the Tsai Ing-wen administration does not uphold its commitments of raising the salary subsides.
The protesters hurled rotten vegetables toward Tsai’s office and people drenched themselves in red liquid to show the brutality toward workers. ‍ 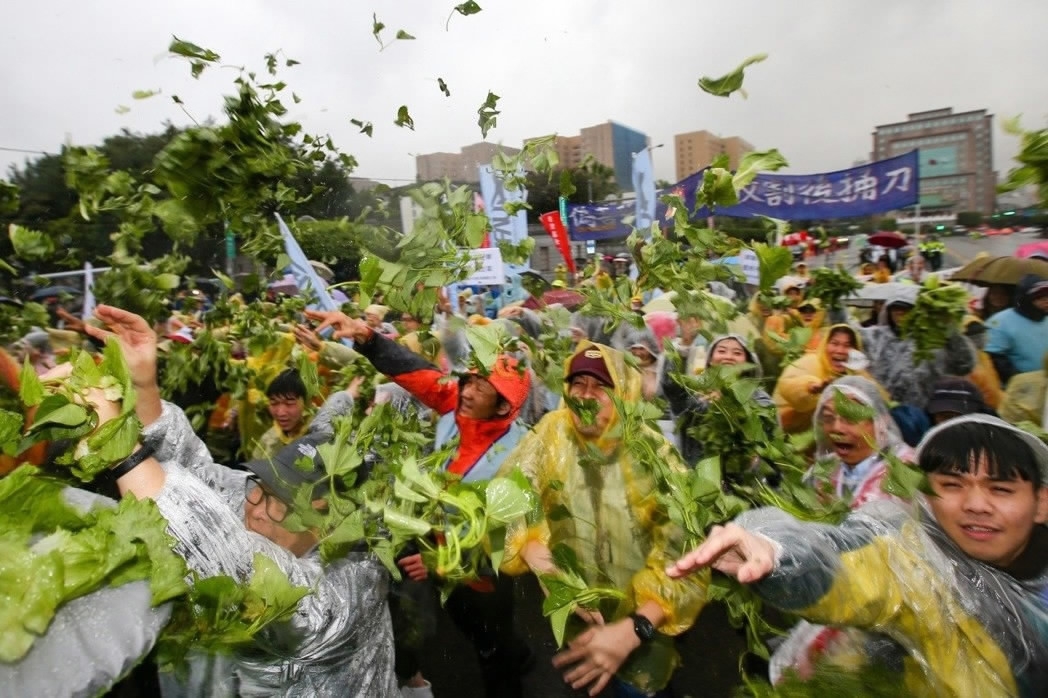 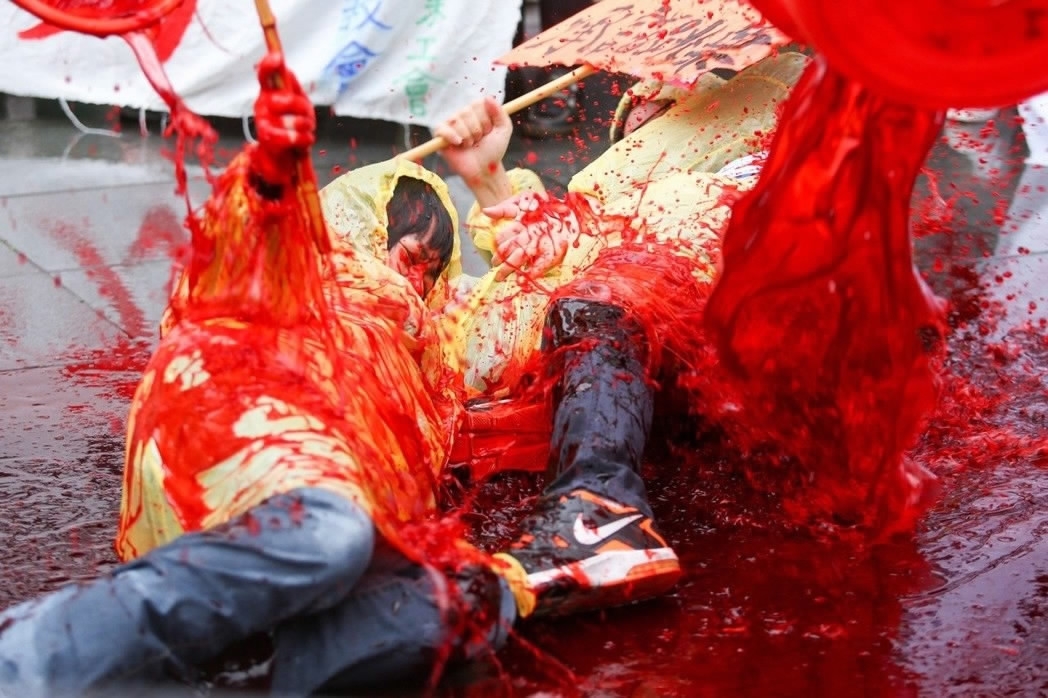 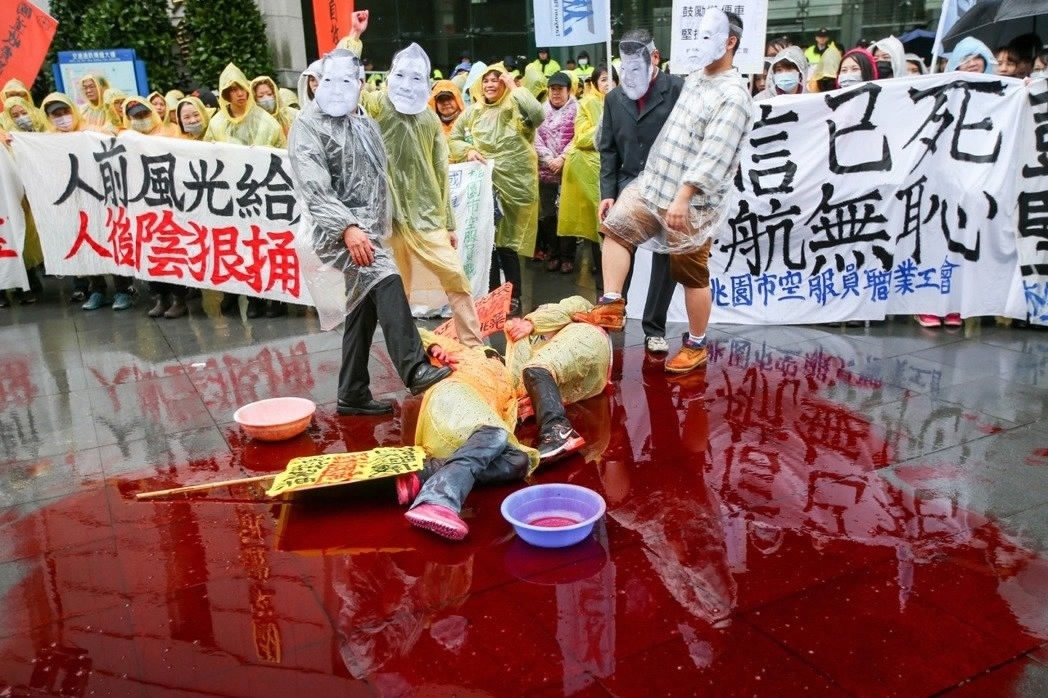