By CGTN's Wang Hui
Chinese President Xi Jinping met with Micronesian President Peter M. Christian at the Great Hall of the  People in Beijing on Monday. President Xi said there have been important developments in bilateral relations since the two countries established a strategic partnership in 2014. 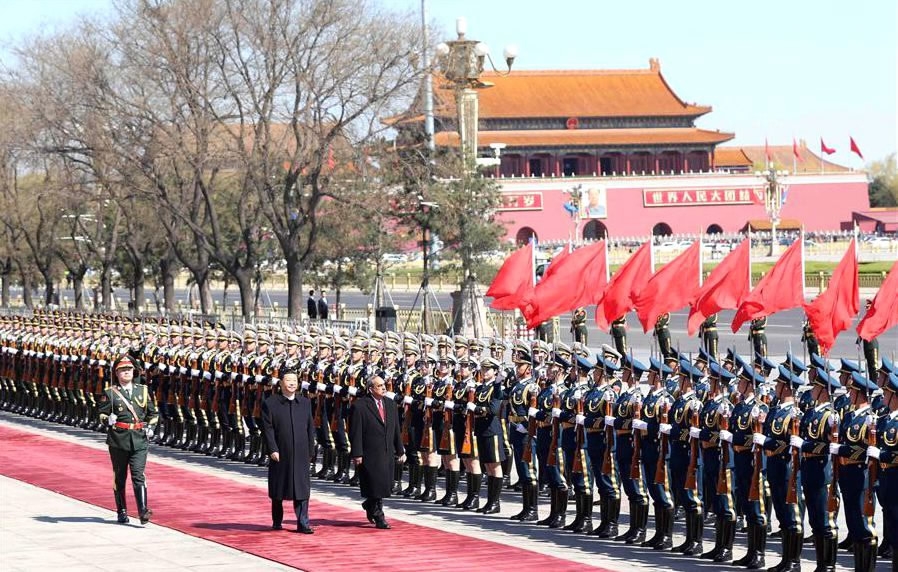 Chinese President Xi Jinping  (C, front) holds a welcome ceremony for Micronesian President Peter M. Christian before their talks in Beijing, capital of China, March 27, 2017. /Xinhua Photo
President Xi said China sees Micronesia as a good friend and partner among Pacific island nations. He added that China is willing to maintain close exchanges at all levels with the country. He also spoke of the two countries' mutual respect for each other's core interests and major concerns, and efforts to consolidate their political foundations. 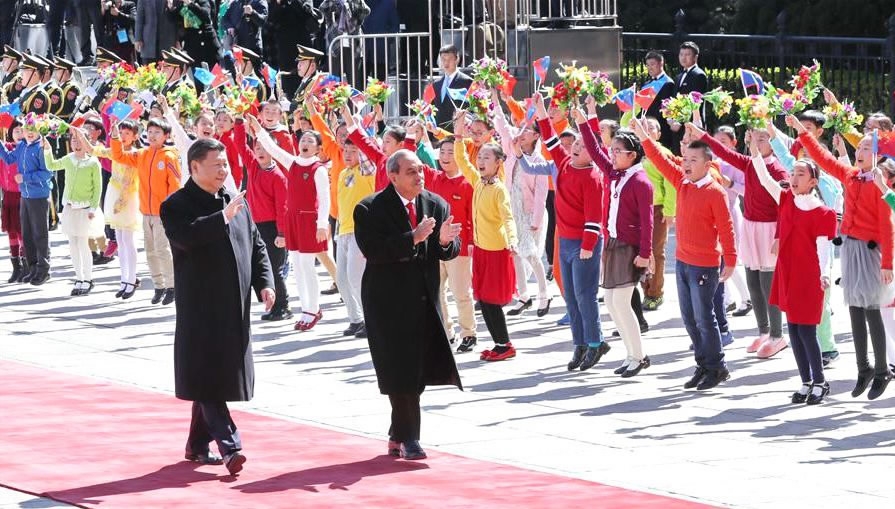 Chinese President Xi Jinping (L, front) holds a welcome ceremony for Micronesian President Peter M. Christian before their talks in Beijing, capital of China, March 27, 2017. /Xinhua Photo
President Xi urged the two sides to explore the potential of cooperation, particularly in tourism, agriculture, fishing, and infrastructure construction. China invited Micronesia to take part in the Belt and Road Initiative, and is keen to strengthen exchanges in culture, education and youth with the Pacific country. 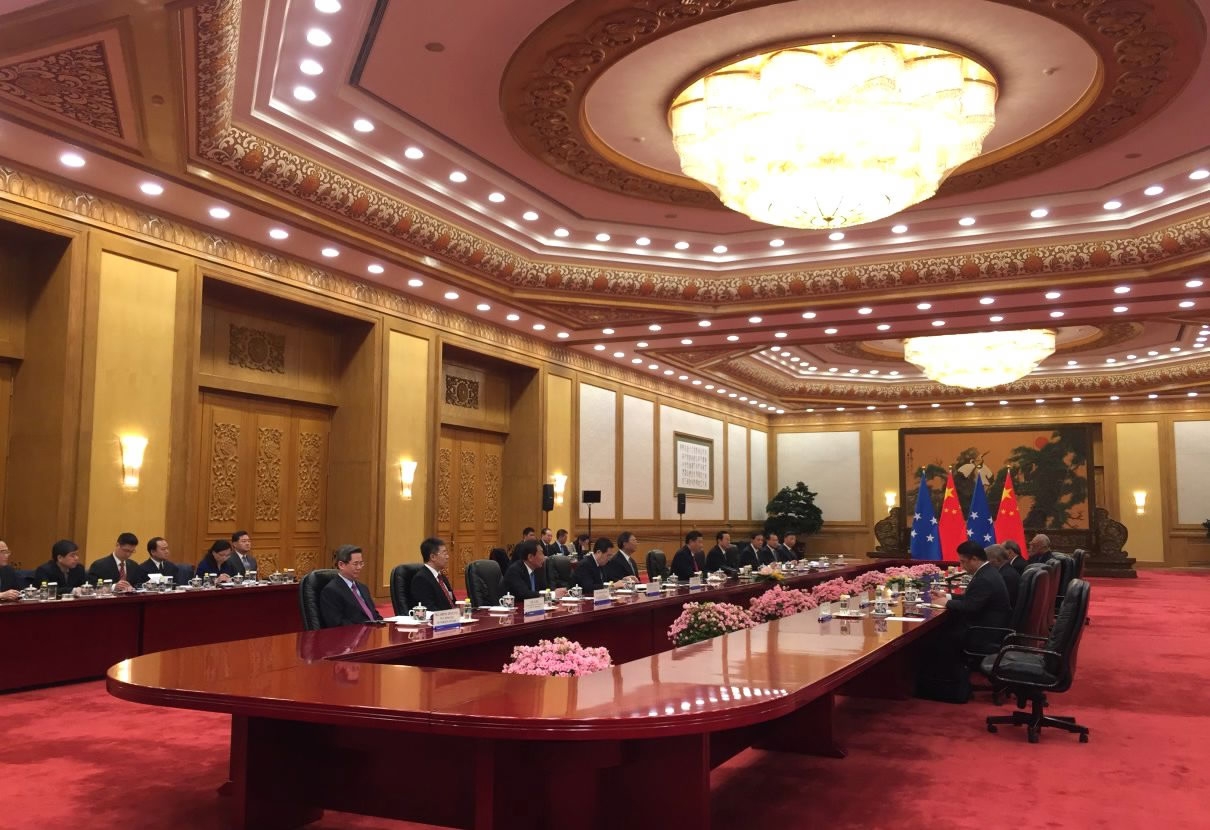 Chinese President Xi Jinping holds talks with the Micronesian President Peter M. Christian at the Great Hall of the People in Beijing, capital of China, March 27, 2017. /CGTN Photo
Xi emphasized that developing countries are facing an increasing number of challenges, due to the complex and changeable international situation. He added that China and Micronesia share similar viewpoints on many international and regional issues. China would like to continue strengthening coordination with Micronesia in the United Nations 2030 sustainable development agenda and climate change, to protect the common interests of developing countries. Xi also said that China would like to support Micronesia's role in playing an active part in regional affairs, and strengthen communication with Micronesia on issues regarding the Pacific island nations.
The Micronesian President Christian said bilateral relations had developed strongly over the past 28 years thanks to the respect that two sides have for each other’s independence and sovereignty. He added that Micronesia firmly supports the one-China policy, as well as China's stances on climate change and globalization. He also said that Micronesia would like to keep in close coordination with China while dealing with global challenges. The two leaders witnessed the signing of a raft of cooperation agreements in the fields of economics and technology.
1km
Copyright © 2017