The Chinese People's Liberation Army (PLA) put into operation its first overseas support base in the east African country of Djibouti on Tuesday. Over 300 people attended the launch ceremony, which signaled Chinese military personnel started to be stationed at the base.

The base located in the Horn of Africa country will help China to fulfill with a higher efficiency its international obligations such as escort and peacekeeping missions and humanitarian aid operations in areas including the Gulf of Aden and waters off Somalia. 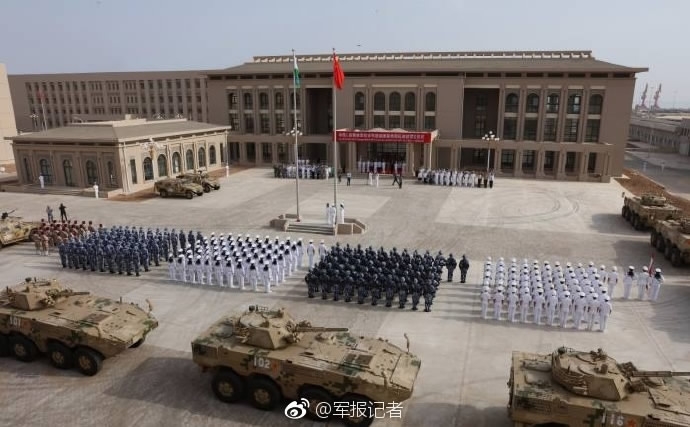 China, which celebrates the 90th anniversary of the PLA's founding on Tuesday, has contributed more troops to United Nations peacekeeping missions than any other permanent member of the UN Security Council. China has sent peacekeepers to many African countries such as South Sudan, Mali, the Democratic Republic of Congo and Liberia.

A military parade was held at the launch ceremony, featuring four troops formations and one formation of military equipment. Djibouti's Honor Guard also took part in the parade.

Among senior officials present at the ceremony were Tian Zhong, Deputy Commander of the PLA Navy, Fu Huaqiang, Chinese ambassador to Djibouti, as well as Djibouti's defense minister and military officers.

The Chinese troops designated for the base had just arrived on board Chinese warships after a three-week-long journey. 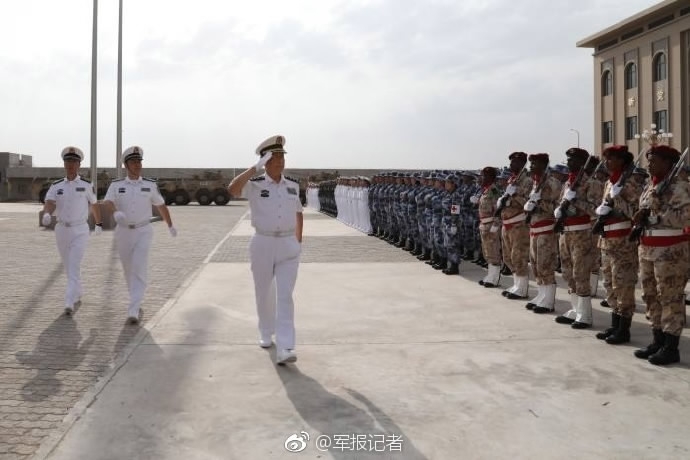 The launch of the support base in Djibouti is the latest move by Chinese armed forces to maintain peace in one of the world's most turbulent regions.

Since 2008, China has conducted 26 escort missions for Chinese and foreign commercial ships in the Gulf of Aden and the waters off the Somalian coast, where international shipping is under the constant threat of piracy, Chinese Foreign Ministry spokesman Geng Shuang said at a press briefing on July 12.

He stressed that the base would contribute to the economic and social development of Djibouti and enable China to "make new and greater contributions to maintaining peace and stability in Africa and the world." 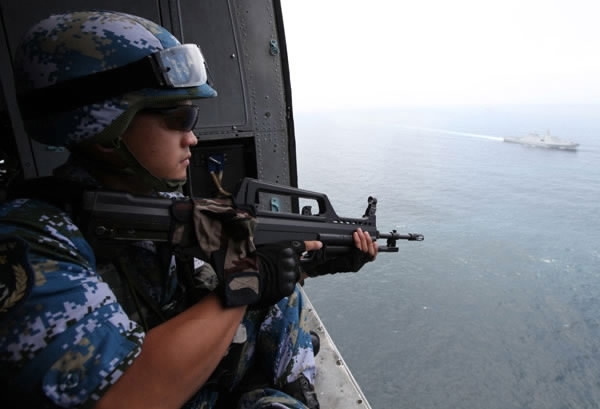 A Chinese navy soldier observes from a helicopter during an escort mission in the Gulf of Aden, August 26, 2014. /Xinhua Photo

According to the Chinese navy, the base will be conducive to overseas tasks including military cooperation, joint exercises, evacuating and protecting Chinese nationals residing overseas and emergency rescue operations, as well as jointly maintaining the security of international strategic seaways.

Pursuing a path of peaceful development, China proves to be a staunch and positive force in safeguarding world peace and development.

Over 30,000 Chinese peacekeepers have served overseas since China started to participate in peacekeeping missions in 1990, making the country the biggest contributor of peacekeeping forces among the five permanent members of the UN Security Council.

Meanwhile, China is the second largest country to share the UN's peacekeeping costs from 2016 to 2018, behind the United States. 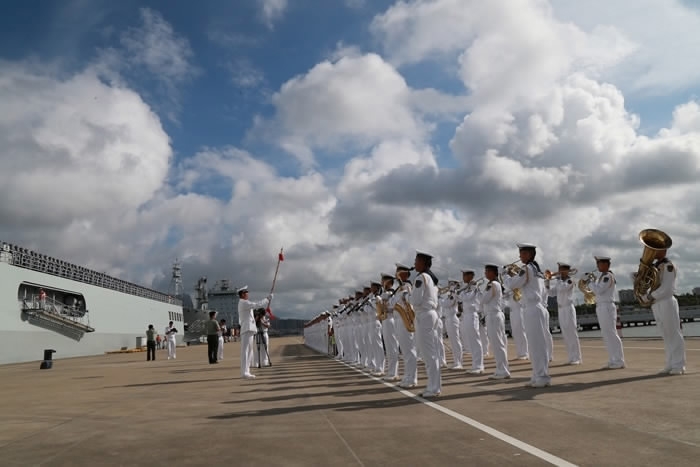 A ceremony is held before ships carrying Chinese military personnel depart from a south China port on July 11, 2017, to set up the PLA support base in Djibouti. /VCG Photo

"The world is far from tranquil and peace needs to be safeguarded," Chinese President Xi Jinping said on Sunday at a north China military parade to mark the 90th anniversary of the PLA, noting that China is committed to safeguarding world peace.

At a ceremony for the PLA anniversary in Beijing on Tuesday, Xi, also general secretary of the Communist Party of China Central Committee and chairman of the Central Military Commission, reiterated that the PLA should firmly safeguard regional and world peace.

Located in the Horn of Africa, Djibouti neighbors Eritrea in the north, Ethiopia in the west and south, Somalia in the southeast, and the Red Sea and the Gulf of Aden in the east.

Though a small country with a population of less than a million, it is an important hub along international maritime trading routes, leading northward to the Mediterranean through the Suez Canal and eastward to the Arabian Sea and the Indian Ocean. 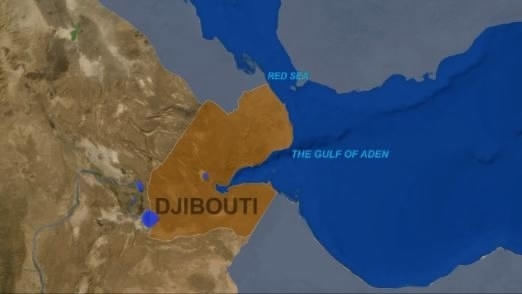 With roads connecting east and west Africa, Djibouti is also a "hub for the whole region," the country's Foreign Minister Mahamoud Ali Youssouf told CGTN recently, underscoring the strategic importance of the country.

China is the fourth country that has a base in Djibouti, alongside the US, France and Japan.

Commenting on future relations between Chinese troops and those from other countries in Djibouti, Chinese Defense Ministry spokesman Wu Qian said in March that China would properly handle relations and cooperate with with international military personnel to maintain regional peace and stability.

The base will support "non-war military actions" such as peacekeeping, disaster relief and evacuation in order to protect Chinese interests, and promote regional peace and stability, he added.

Why Chinese Navy sets up support base in Djibouti

Chinese troops on the way to new support base in Djibouti