Hundreds of Chinese residents took to the streets of Tokyo on Sunday to protest a Japanese hotel chain whose president has written and distributed a book that denies the Nanjing Massacre ever happened, according to Reuters.
The protestors gathered in Shinjuku Central Park in downtown, holding banners with slogans such as "Freedom of speech shall not violate human conscience" and "Peace shall be treasured." 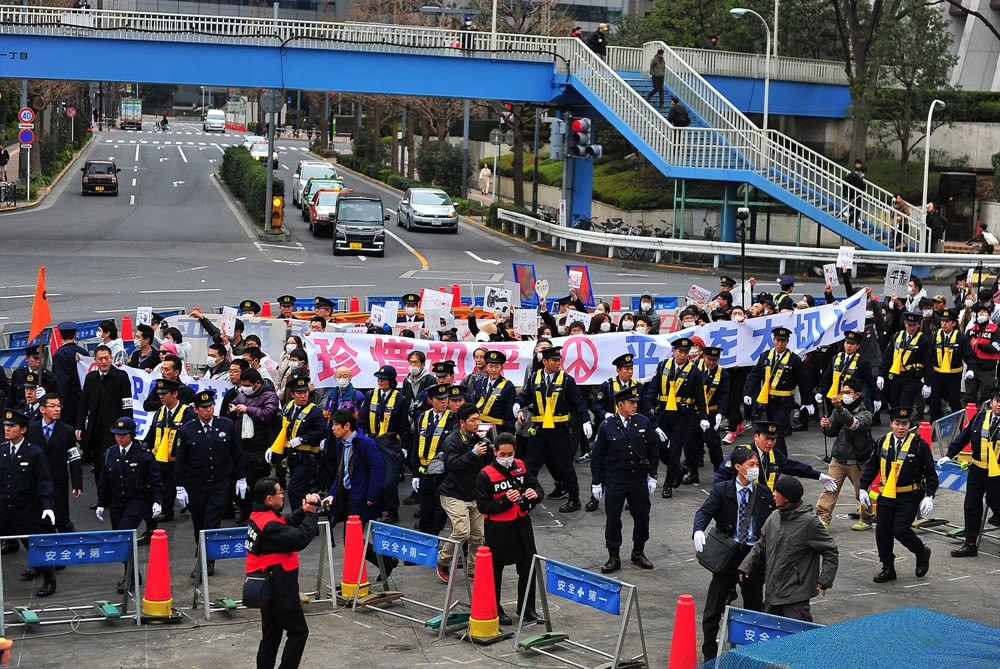 Chinese residents in Tokyo protest against the APA hotels & Resorts on February 5, 2017. /CFP Photo
The demonstrators marched silently and peacefully towards an APA hotel about 2 km away at around 2:45 p.m. local time to protest against the hotel chain's provocative act. The parade lasted about one hour, said Xinhua.
The Tokyo-based hotel and real estate developer APA Group is at the center of a furor over books by its president Toshio Motoya, which contain his revisionist views on history and are placed in every room of the company's 400-plus APA Hotels, said Reuters.
Motoya, using the pen name Seiji Fuji, wrote of the Nanjing Massacre that "these acts were all said to be committed by the Japanese army, but this is not true." He also denied stories of Korean women forced to work as prostitutes in wartime military brothels, the so-called "comfort women". 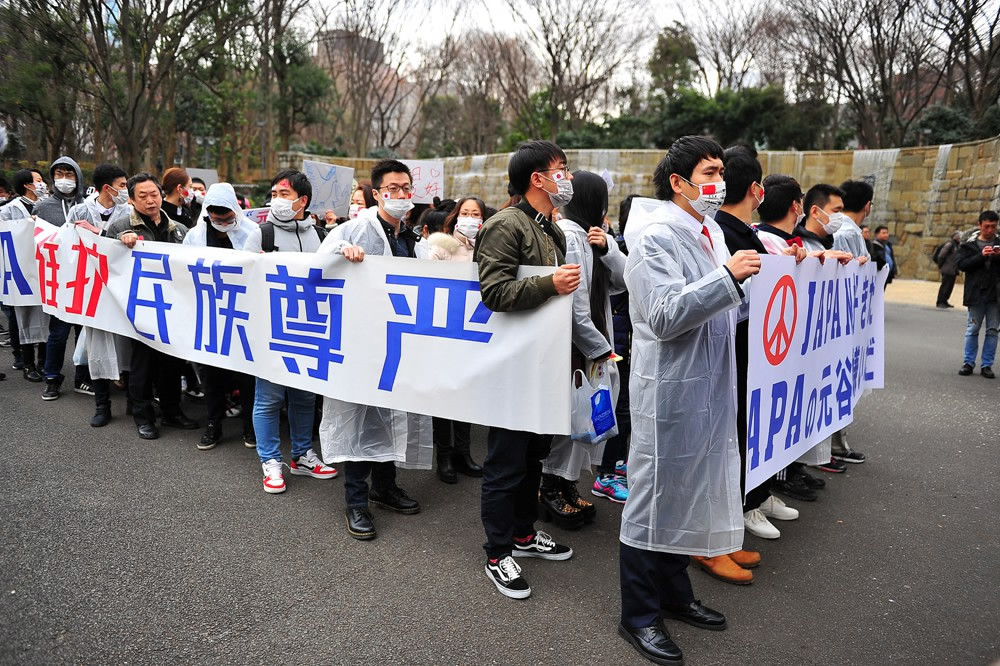 Chinese residents in Tokyo protest against the APA hotels & Resorts on February 5, 2017. /CFP Photo
The incident, after being exposed on social media by a young woman from the United States and confirmed by Xinhua as well as major Japanese media outlets, has also raised great controversy in Japan.
During the peaceful protest, dozens of ultra-right wing activists besieged and followed the paraders, shouting through loudspeakers and even trying to wrest banners away from the demonstrators, only to be stopped by the hundreds of local police keeping the parade in order, said Xinhua.
"The parade is aimed at upholding friendship between the Chinese and Japanese people," said a female organizer of the parade, who added that the APA incident only embodies the distorted views of a small number of ultra-right wing forces in Japan, but not the majority of Japanese people.
"As peace-loving Chinese, we shall hold in check such ultra-right voices in Japan that hurt friendship between the peoples of China and Japan," she said. 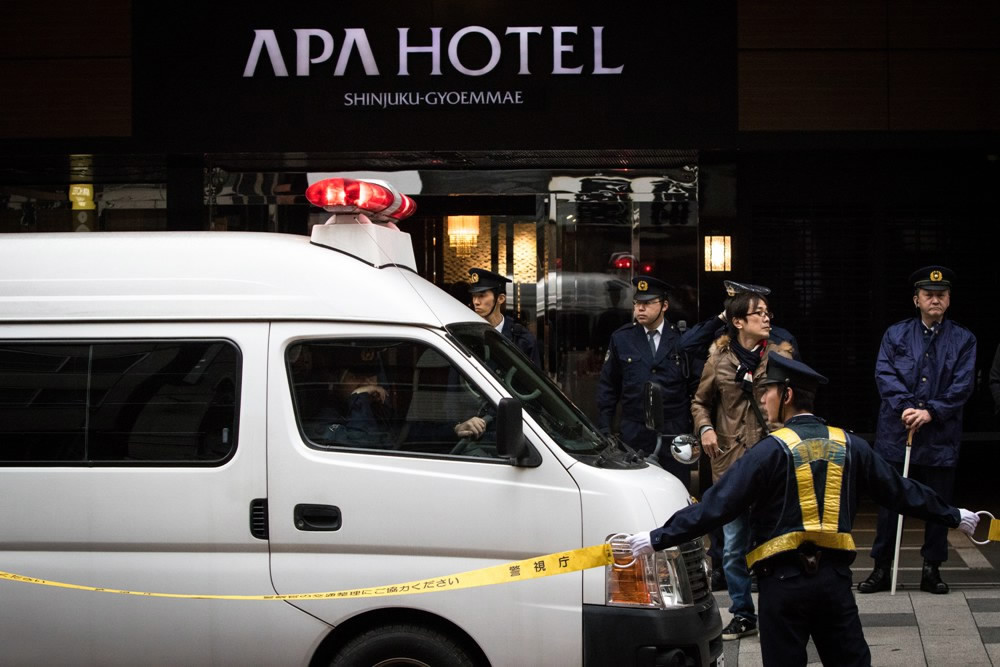 Police is seen in front of a Facade of APA hotel in Tokyo during a protest of Chinese residents in Japan against the APA hotels & Resorts on February 5, 2017. /CFP Photo
According to Xinhua, there were also some Japanese people supporting the demonstrators, holding banners with slogans such as "Nanjing Massacre is true" and "Stop the words and deeds of hatred" in protest against the ultra-right wing forces.
The organizer of the 8th Asian Winter Games (AWG) in Sapporo has recently requested the APA hotel in Sapporo, designated as one of the official reception hotels for athletes, to remove the right-wing books placed in the guest rooms.
The organizing committee is also making new accommodation arrangement for Chinese athletes who were previously scheduled to stay in scandal-hit APA hotel, according to an official of the organizer of AWG.
2105km
Copyright © 2017