China showed a second-time steady rise on soft power, up to 25th from 28th in worldwide ranking.

The report illustrated that Trump's "America First" doctrine has performed poorly abroad and "power has become more diffused, moving from West to East" with an evident case of China, as it takes on larger global leadership role, and climbs steadily on soft power.

China's role on the world stage moves a step forward as it put a focus on its soft power development, with the opening of over 500 Confucius Institutes worldwide and extensive international branding campaigns, said the report.

Analysts also suggested that China's rising soft power is related to its cultural appeal, and the country now keeps pace with Italy which has the most number of UNESCO heritage sites. 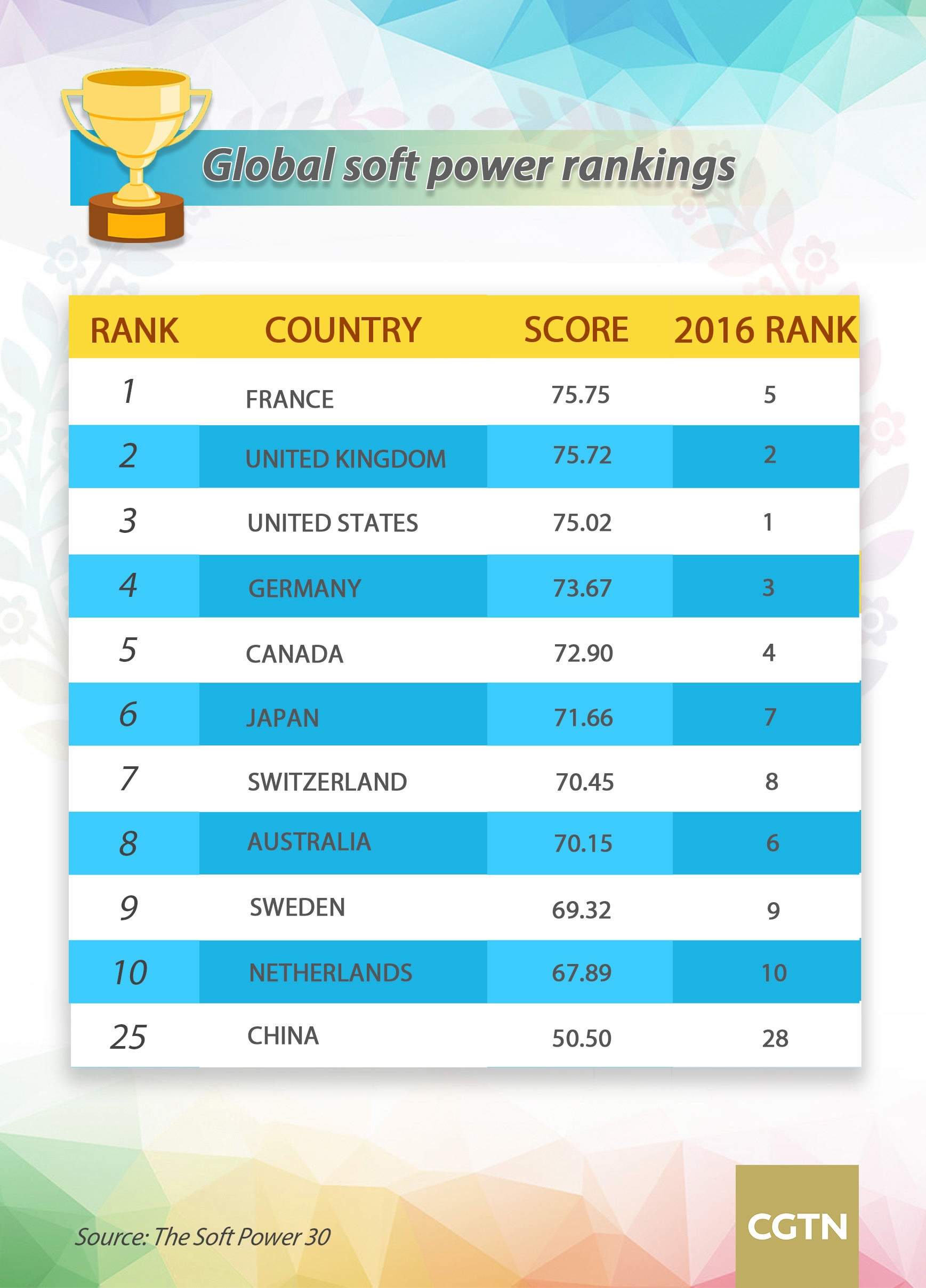 France surpassed UK and last year's leader US to become the new top of the world's soft power, according to an annual global ranking report The Soft Power 30, released by PR firm Portland Communications and the University of Southern California.

French media said it was the first time that the US saw a decline since it was introduced in 2015.

Though those countries in 2017 Soft Power 30 are in line with those showed in 2015 and 2016, the ranking saw a change in top five rankings, with France, UK, US, Germany and Canada filling in the new top 5 spots this year. France increased by four to the first place while the US fell from the top to third.

The soft power measures the influence and reputation of 61 nations based on six categories – government, digital, culture, enterprise, engagement and education – and international polling from 25 different nations representing every major region of the world.